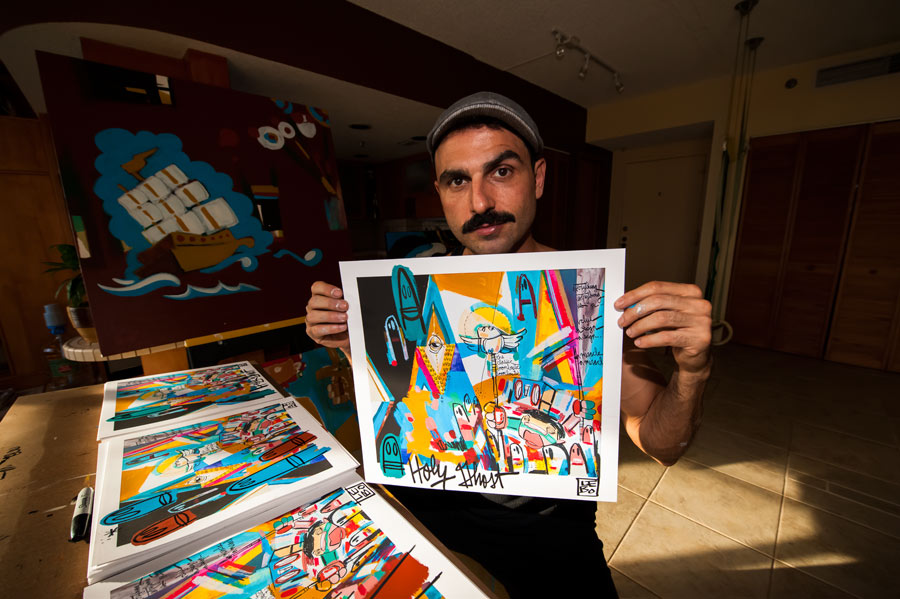 "This piece was actually inspired by what's called The Roman Standard. I study a lot of ancient history, and in battle that was how you knew your army was still standing, if the standard still existed. So I just played around with that idea, but instead of using an eagle, I used an owl, which is a symbol for wisdom.

There was a bit of negative space that existed after I had finished the painting and I really wanted to expound on some of the smaller elements that were around the piece so that it would create something that would individualize each piece. It basically started with taking these micro-elements in the artwork, and making it kind of a macro part. Also, I thought it was important that each piece is breaking out of the composition image, drawing it out and really bleeding off the image. I really wanted to add more depth and make each one feel more like an original piece that way." - Lebo

Select An Item Below To Purchase, See Process Photos + Read More In The 1xRUN Thru Interview with Lebo. ARCHIVED ITEM
This product is archived in our warehouse. It is not currently on sale, but could come back at any time.
ORIGINAL ART
14 x 17 Inches
Mixed Media On Bristle Board 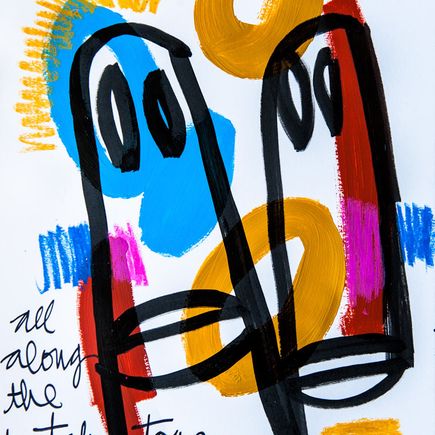 Lebo
All Along The Watchtower - Original Painting
SOLD OUT 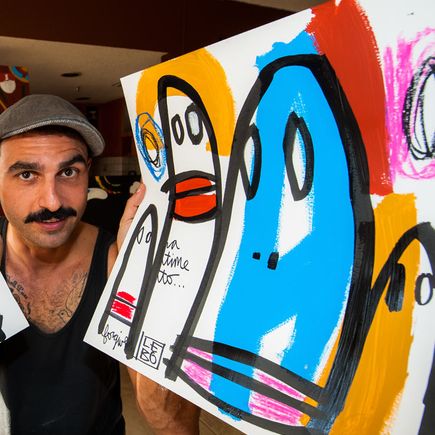 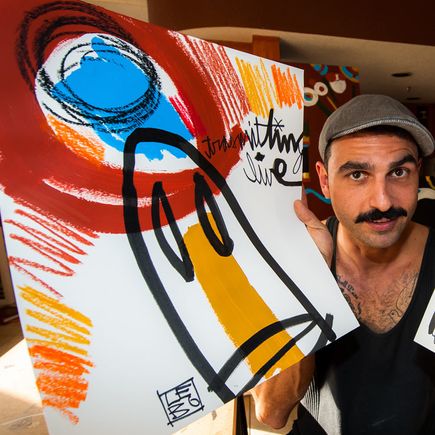 Lebo
Something To Hope For - Original Painting
SOLD OUT