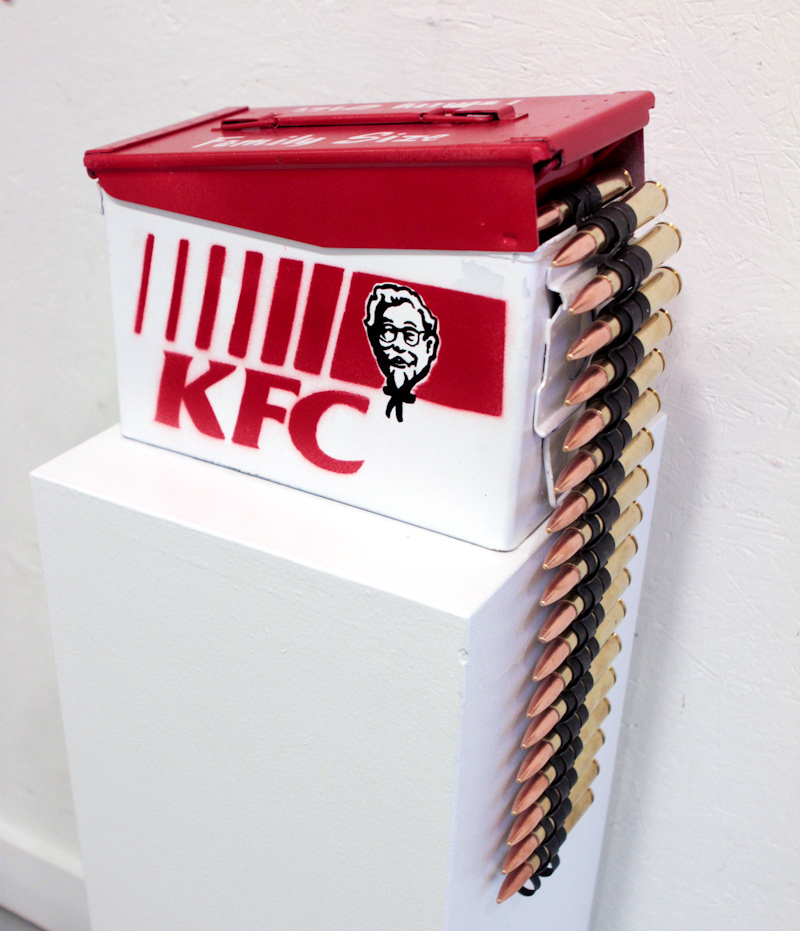 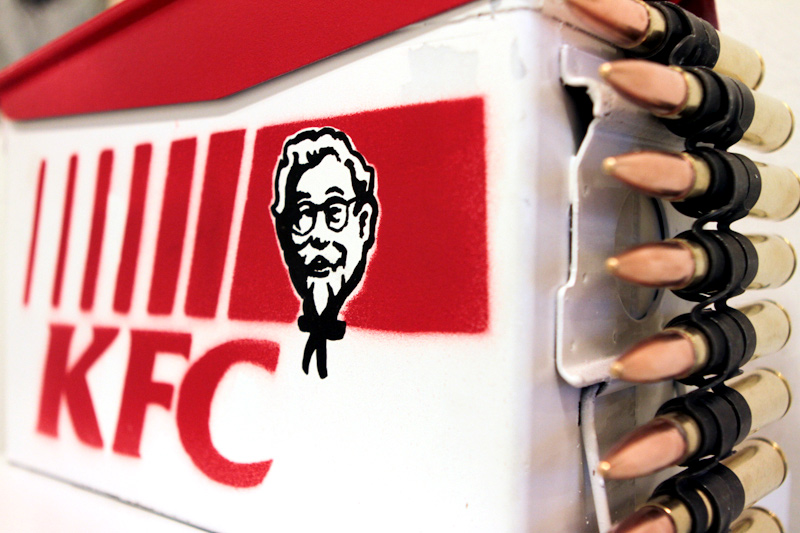 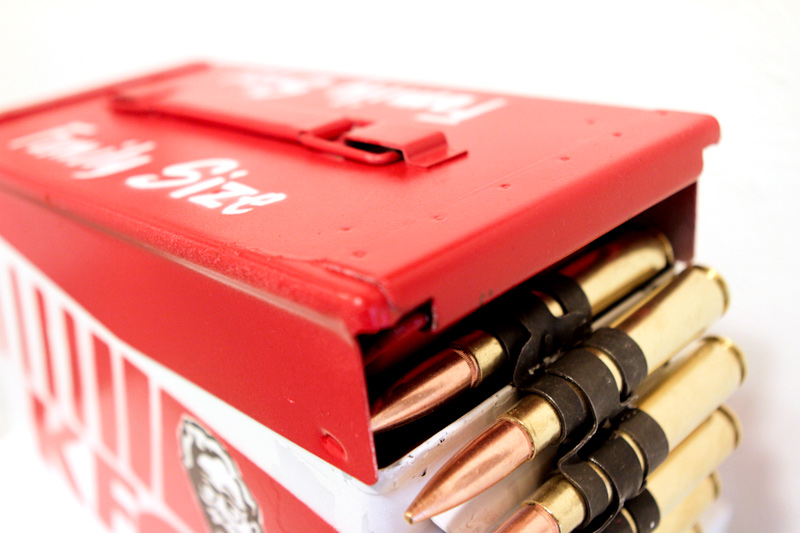 ADD TO FAVORITES
To start your favorites list
you must be a member.
Already a member? Log In
SIGN UP
Edition Size 1SOLD OUT
Don't miss the next Dan Armand release!
Subscribe to our newsletter and be the first to know about new product releases. You will also receive:

"I'm big fan of trench art too. You know, WWI & WWII stuff where there were so many shells and bullets left over from the war, that people made all kinds of cool stuff out of them. Taking those artifacts of war and repurposing them into something new. It’s that same kind of approach, but putting a bit more of a modern spin on it. It’s almost like the corporatization of trench art." - Dan Armand 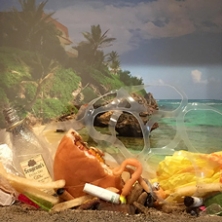 Dan Armand
Detroit, MI
To follow Dan Armand you must be a member.
Already a member? Log In
SIGN UP
FOLLOW
"My love and passion for graffiti and street art began as a teenager, exploring the city of Detroit where my family has called home for over a century. I was fascinated by the stories of the city in its golden age, and began to explore the battered remnants of what remained. It was through that exploration I discovered that graffiti and street art was much more than just writing on walls. It was a unique artform and a community of artists that were striving not only to develop their craft, but also to be seen and appreciated by the world. I began to fully immerse myself in the culture while attending the College for Creative Studies and watched as this clandestine movement made the transition from the pre-internet shadows, becoming an influential industry with a global online reach.

Developing the 1xRUN brand, website design, curation, managing ideas & concepts for each edition, execution of detailed manufacturing methods and creating unique pieces of art that will stand the test of time are all what drives me to innovate and discover new artists to work with." - Dan Armand
KEEP READING +
More From Dan Armand
View 26 Artworks
EDITION OF 50
8 x 31.875 Inches
Archival Pigment Print Transfer on Cold Pressed Steep Natural Skate Deck 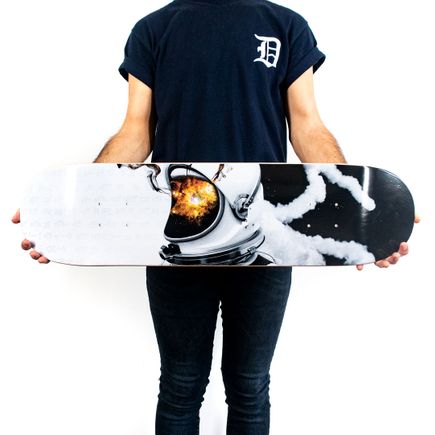 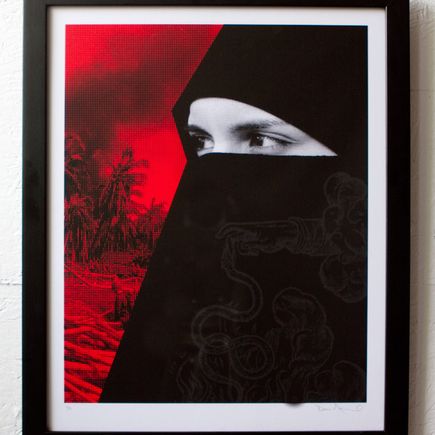 ARCHIVED ITEM
This product is archived in our warehouse. It is not currently on sale, but could come back at any time.
ORIGINAL ART
24 x 24 Inches
Chicken McNuggets, Dirt, Found Objects and Shell Casings 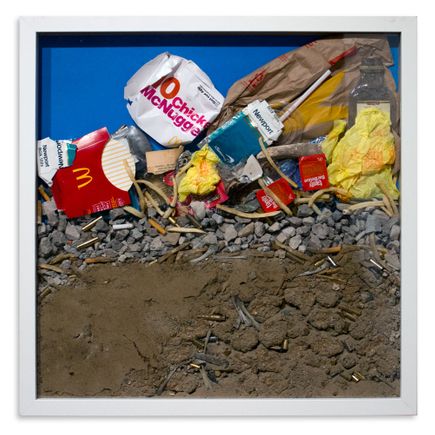 ARCHIVED ITEM
This product is archived in our warehouse. It is not currently on sale, but could come back at any time.
ORIGINAL ART
12 x 12 x 3 Inches
Mixed Media and Archival Pigment Print 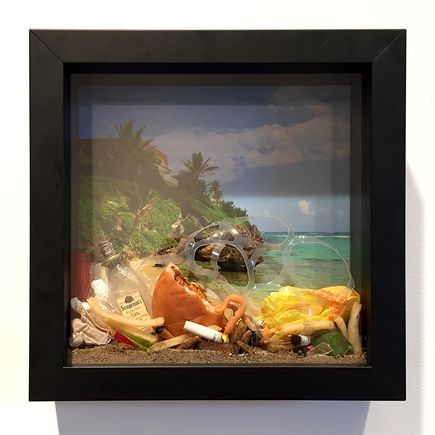 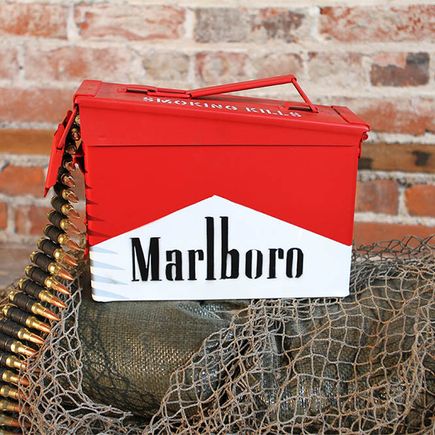 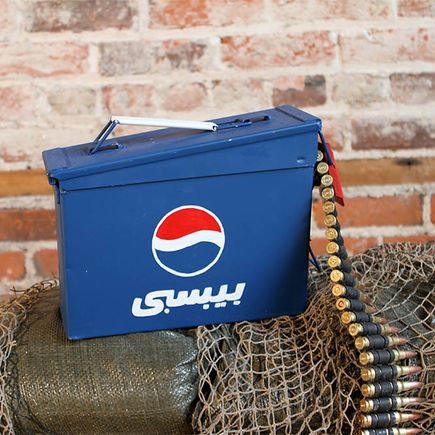