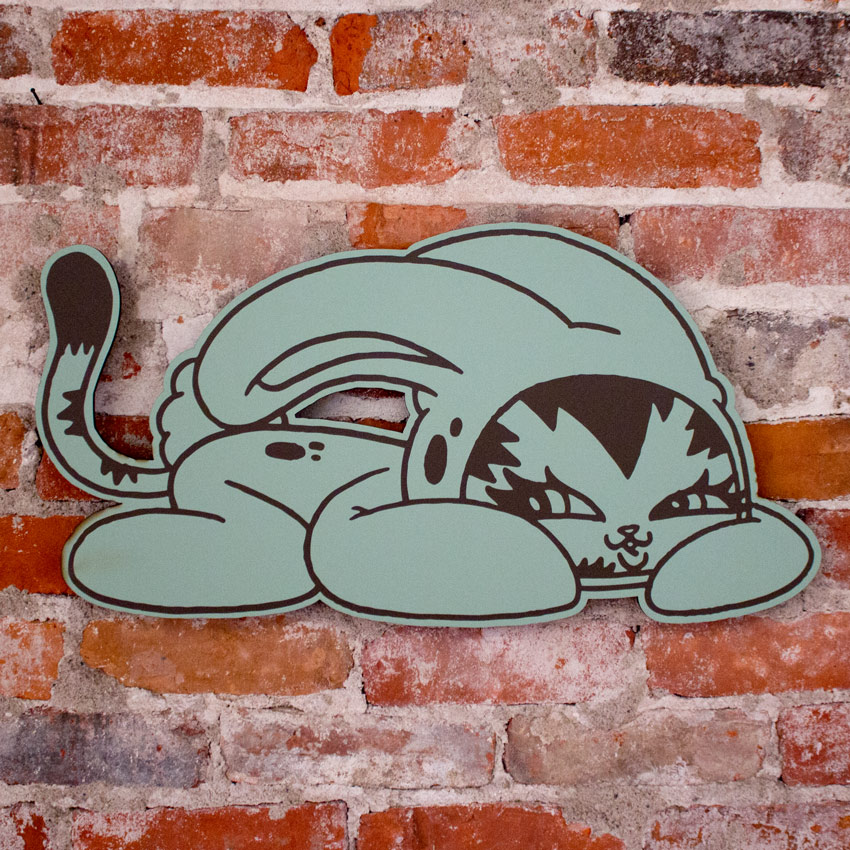 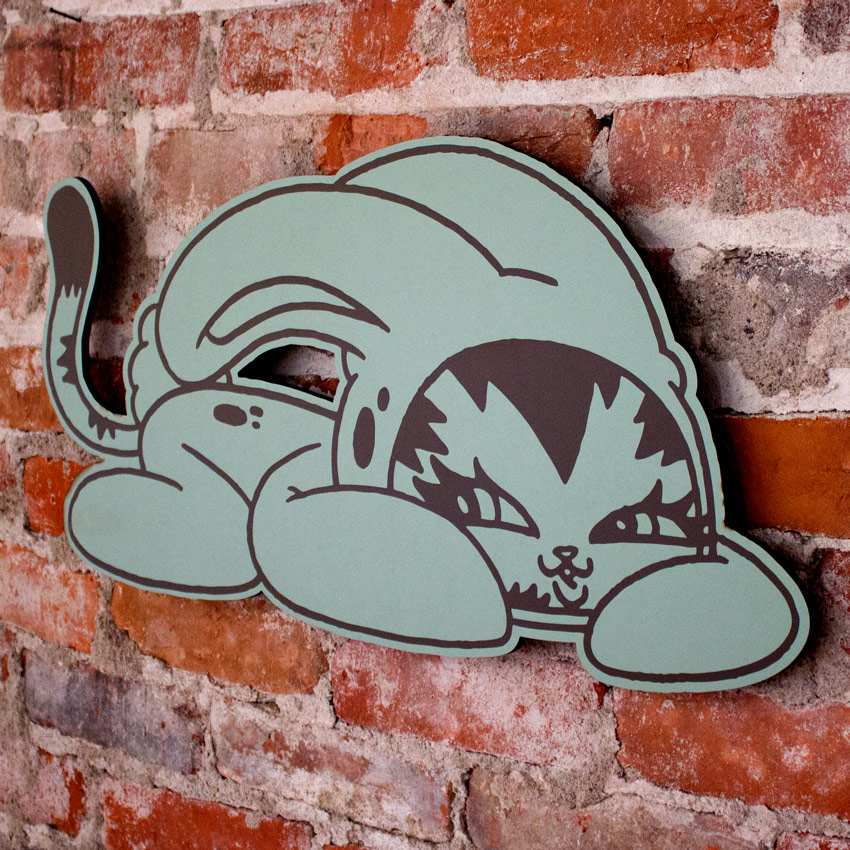 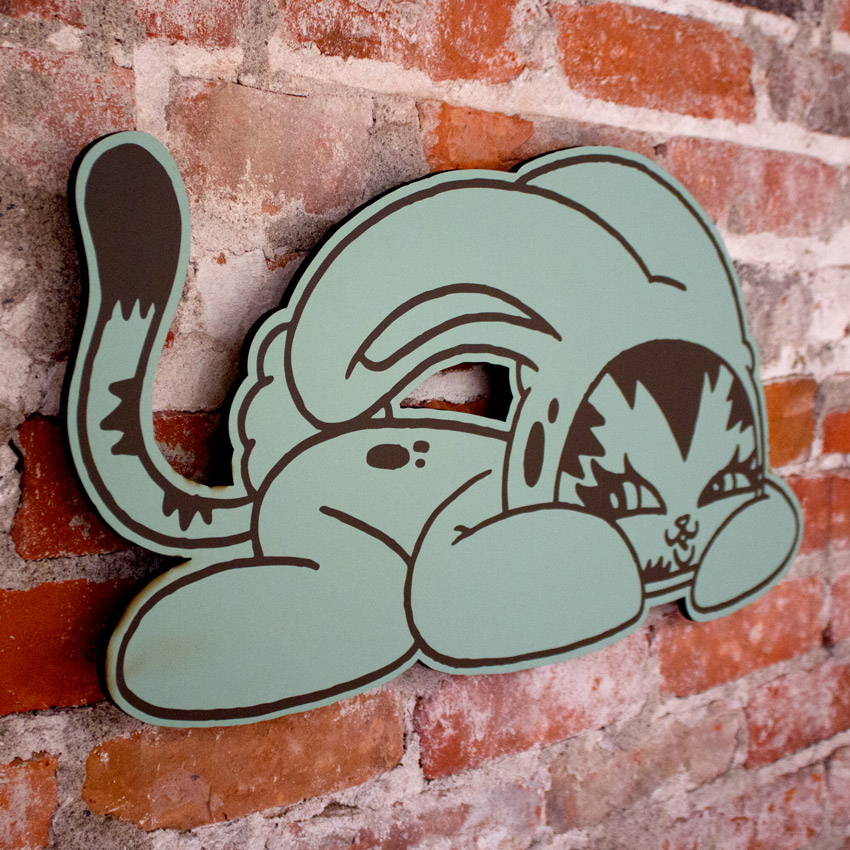 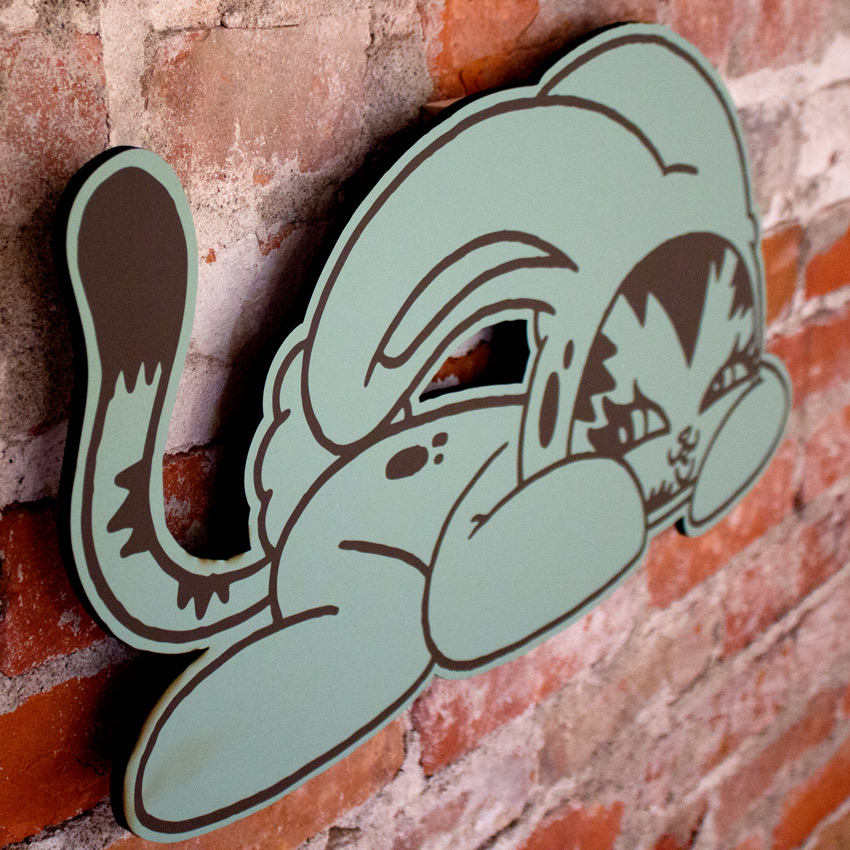 $125.00
Quantity
ADD TO CART
Edition Size 201 Available
ADD TO FAVORITES
About this Art


"In 2013 I painted a mural with over 50 "Be the Change" elementary students in Detroit. These kids were so awesome. I wanted to produce a mural that would have a positive message they would see on their way to school. "Inspire and Grow" was the title. The kids used their hands to leave their prints throughout the mural. The idea was that when they would see the mural they would remember that they were apart of making it and remember the message. I pulled the painting of Bunny Kitty waking from a cat nap on a cool sunny day for this latest laser cut release." - Persue

This RUN come signed, numbered and with a Certificate of Authenticity from Persue and 1xRUN. 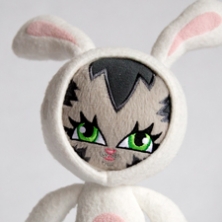 Persue
San Diego, California
FOLLOW  +
In 2001, the established graphic designer, illustrator and graffiti artist “Persue” created a character that combined two of the world’s most universally adored animals: bunnies and kitties. His beloved character BunnyKitty is an undeniably cute yet spunky kitten dressed in a magical bunny suit. In an effort to put a positive spin on graffiti, which faced an onslaught of negative press in the 90’s and early 2000’s, Persue painted this character on walls the world over. What started out as a fun side project to help make aerosol art more palatable to the general public, snowballed into something else entirely.