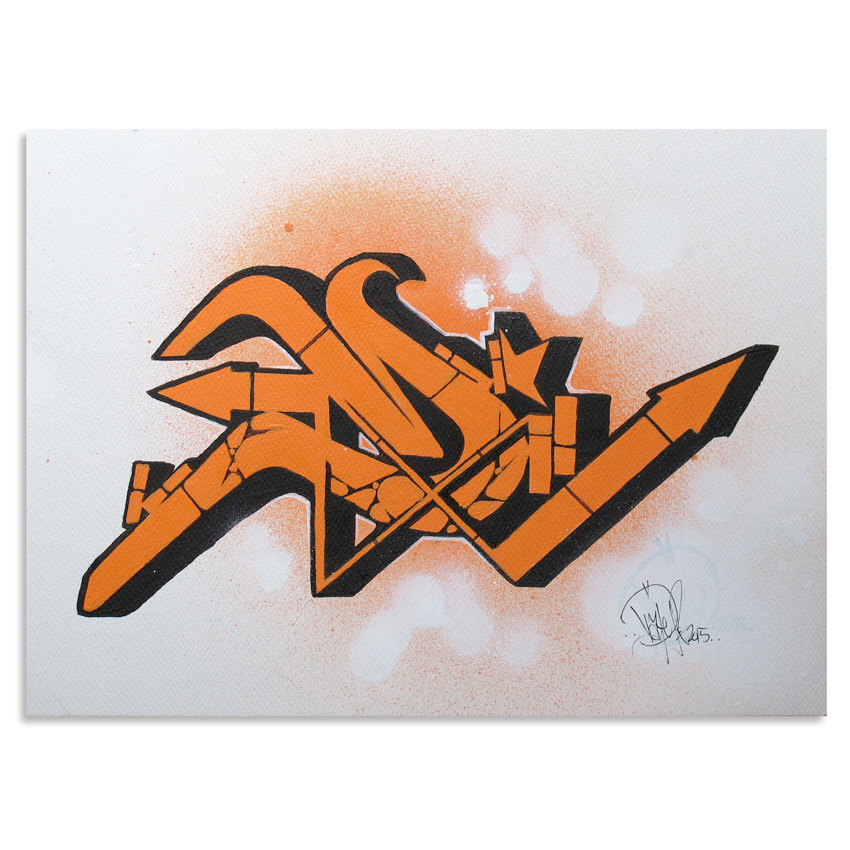 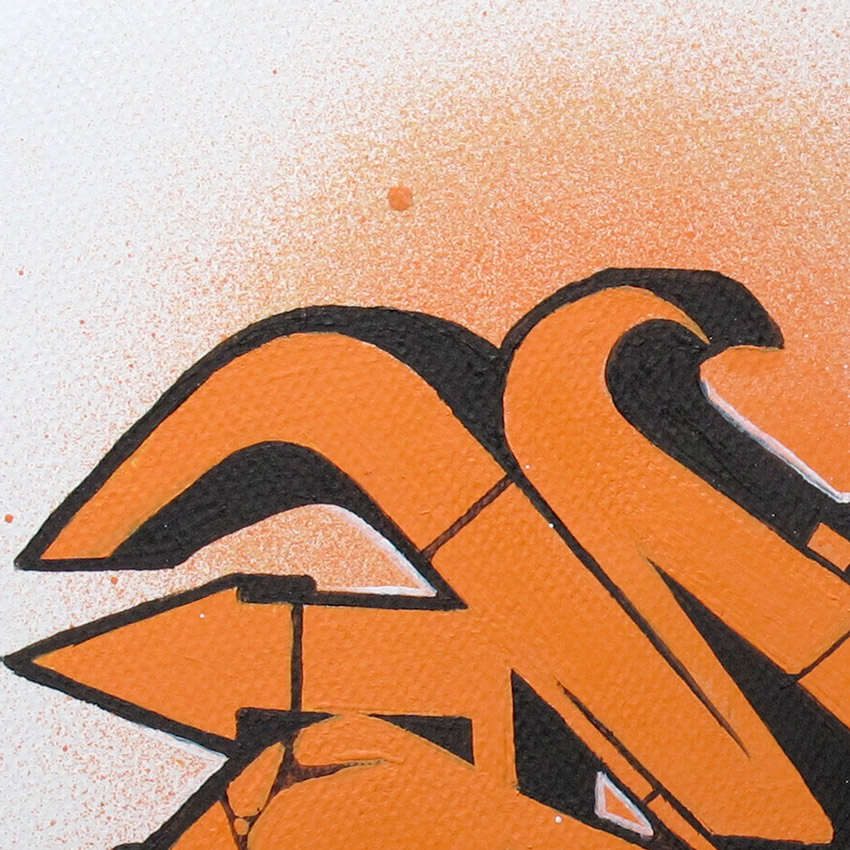 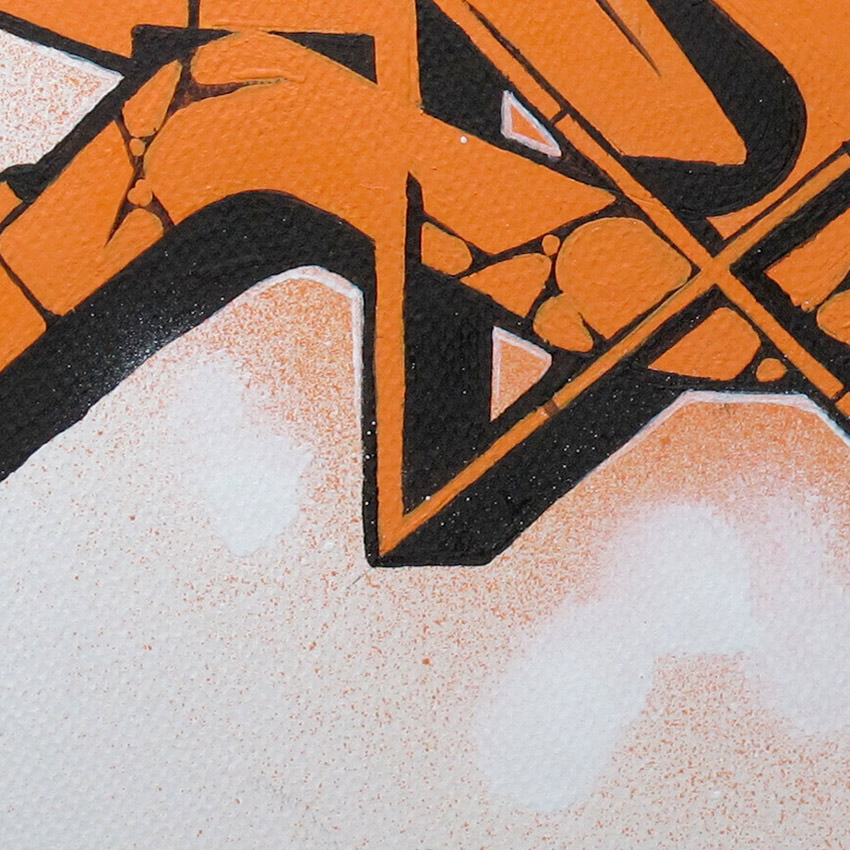 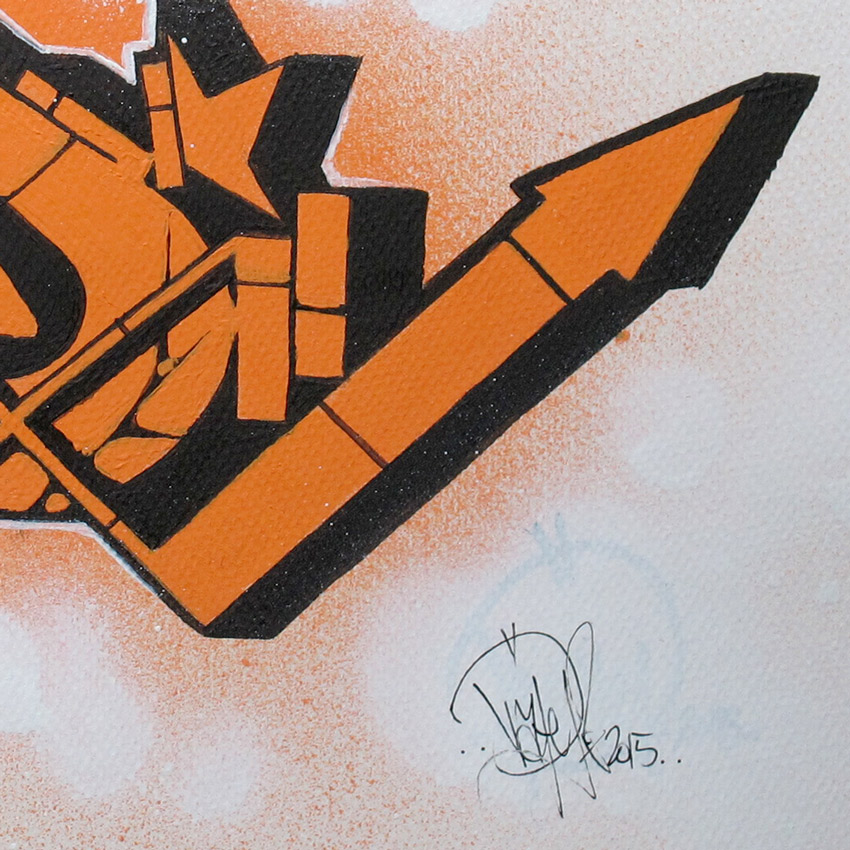 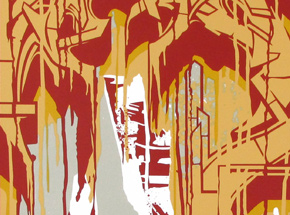 IN THIS COLLECTION
Caramel Custard Flow - Prints + Original Artwork
5 Artworks
Don't miss the next Dvate release!
Subscribe to our newsletter and be the first to know about new product releases. You will also receive: 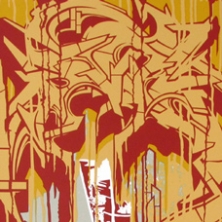 Dvate
Melbourne, Australia
FOLLOW  +
Dvate is a Melbourne based artist and graphic designer whose position in the street art scene is well established and can be seen on walls, canvas and in magazines both locally and internationally.
Growing up in Melbourne a stone’s throw from a railway station, he was instantly drawn to the colourful work along thesuburban railway lines and in 1996 began experimenting at leaving his own mark on society. The fact that much of his early work around Melbourne is still intact is a tribute to the respect he generated amongst his peers.
In 2004 he graduated from Monash University with a degree in Visual Communication. This nurtured his love of letters and composition and he continued to produce street art inspired design. He then spent the next few years working in the screen and offset printing industries, gaining key techniques and skills he still uses today.
With the success of his first solo show in 2006 he moved to live and work in London where he gained valuable experience fine art and aerosol techniques. Traveling around Europe, he painted numerous murals and commissioned work for Adidas, Footlocker and Disney.
After returning to Melbourne, Dvate co­ran ‘Per Square Metre’ Gallery in Collingwood with artists Dabs, Myla, Sup and Sear, from 2007-­2010. This much loved space held well over 100 quality exhibitions in under four years, and gave numerous artists the chance to show their work, many for the first time.
Dvate traveled around the USA in 2008 as part of the ‘10,320 miles from Collingwood’ tour, with successful exhibitions in LA, St. Louis, Philadelphia and New York.
In 2002 he started the company ‘GraffixCreative’, specialising in custom murals and paintings. The business has gone from strength to strength and is now recognised as one of the leading mural businesses in Australia. Some of Dvate's striking commissioned work can be found in Australian restaurants, private homes, markets, shops and public spaces. Since 2010 Dvate has been a represented by Just Another Agency. Working together on numerous shows, events and jobs.
Together with his wife they curate the successful ‘Seasons of Change’ events at Revolver. This event runs on the first Friday of every 3rd month. Our aim is to showcase artists that don’t normally have the opportunity to exhibit in a gallery setting. The event has been running since 2011.
In 2011 his crew won the Ironlak spray­paint competition (Australia and New Zealand division) in the production category, they were also selected in the recent NGV street art exhibition at Federation Square.
In 2012 Dvate won the prestigious Analogue Digital street art competition which included flying to the Sunshine coast to produce a mural.
Late last year he successfully completed his biggest work to date. A massive mural in Cheltenham on the side of the Fore Apartments in conjunction with Sirum One. The work has had a large amount of positive press and has set the benchmark for future projects in the area.
Dvate returned from a hugely successful trip to Europe last year. This included large scale murals in Belgium, Denmark and the Netherlands. He also was a guest artist and two large street art festivals in Copenhagen and Eindhoven.
This year Dvate has already completed a large mural in the City of Kingston, City Hall carpark and a huge mural for Harley Davidson in Ringwood, plus numerous smaller jobs. He was also been selected to compete in a world wide street art competition in Tahiti in May.
He has just returned from a trip to LA where he painted a large scale mural in Santa Monica in honor of Jay Adams.
KEEP READING +
More From Dvate
View All Artworks
EDITION OF 50
12 x 24 Inches
4-Color Screen Print on Mohawk Fine Art Paper 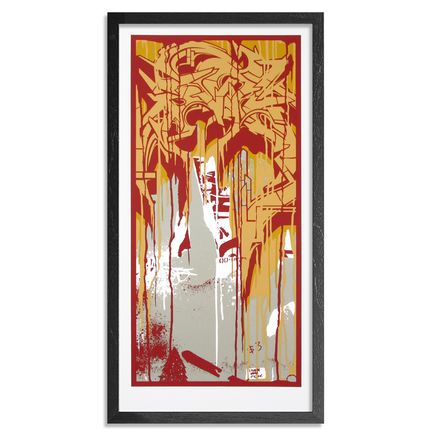 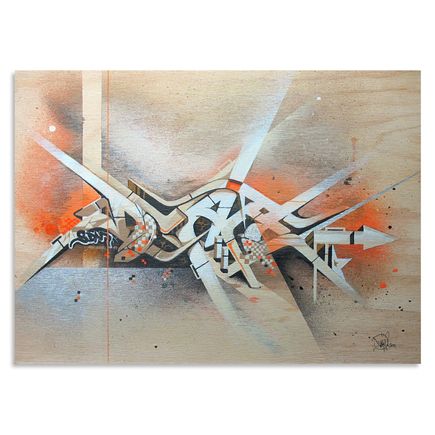 ARCHIVED ITEM
This product is archived in our warehouse. It is not currently on sale, but could come back at any time.
ORIGINAL ART
11.75 x 8.25 Inches (29.7cm x21cm)
MTN Acrylic Spray on Watercolour Art Paper 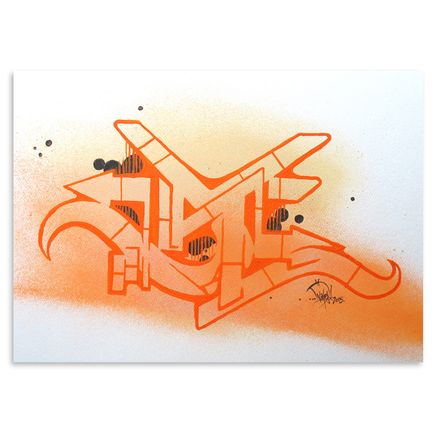 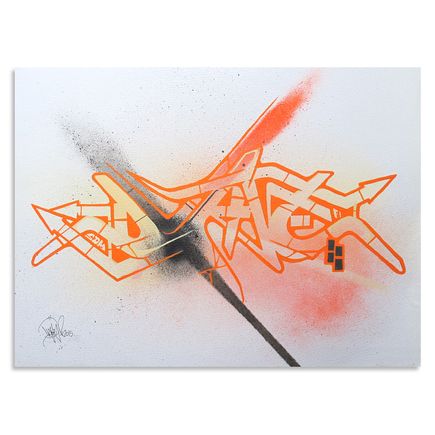 SOLD OUT ITEM
This product is sold out with very little chance of returning in an archive sale.
SHARE & EARN CREDITS
Share this unique link anywhere and get an account credit!