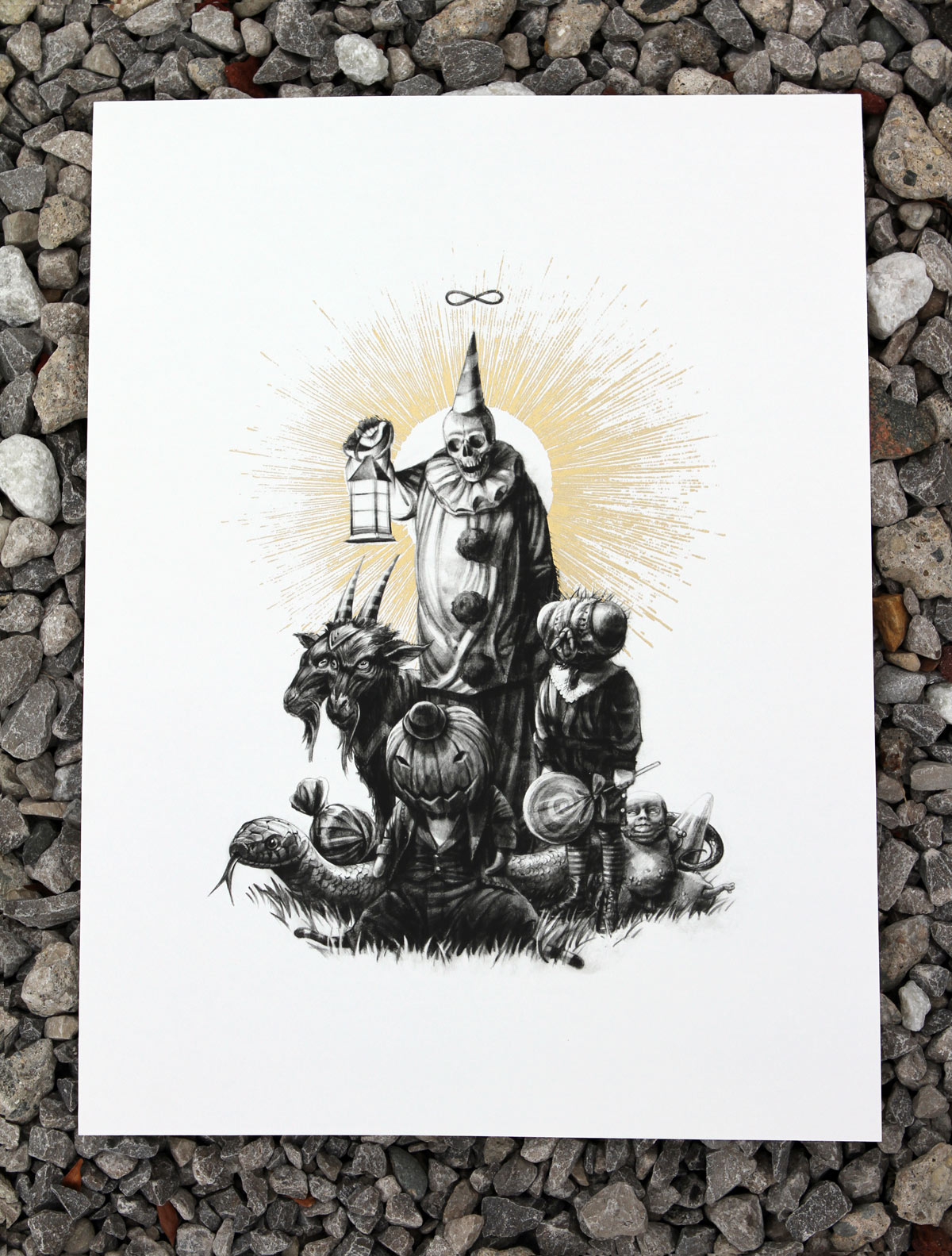 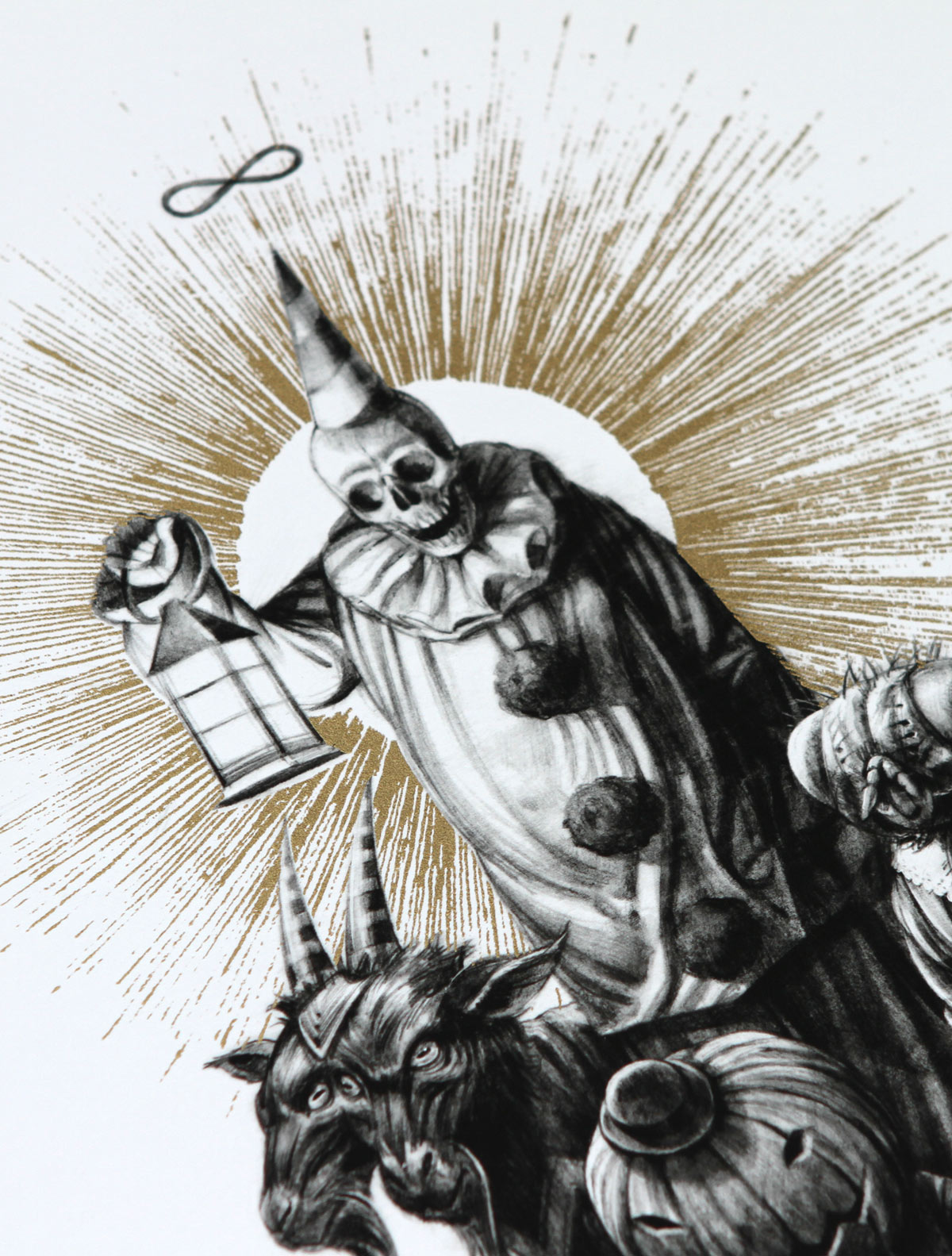 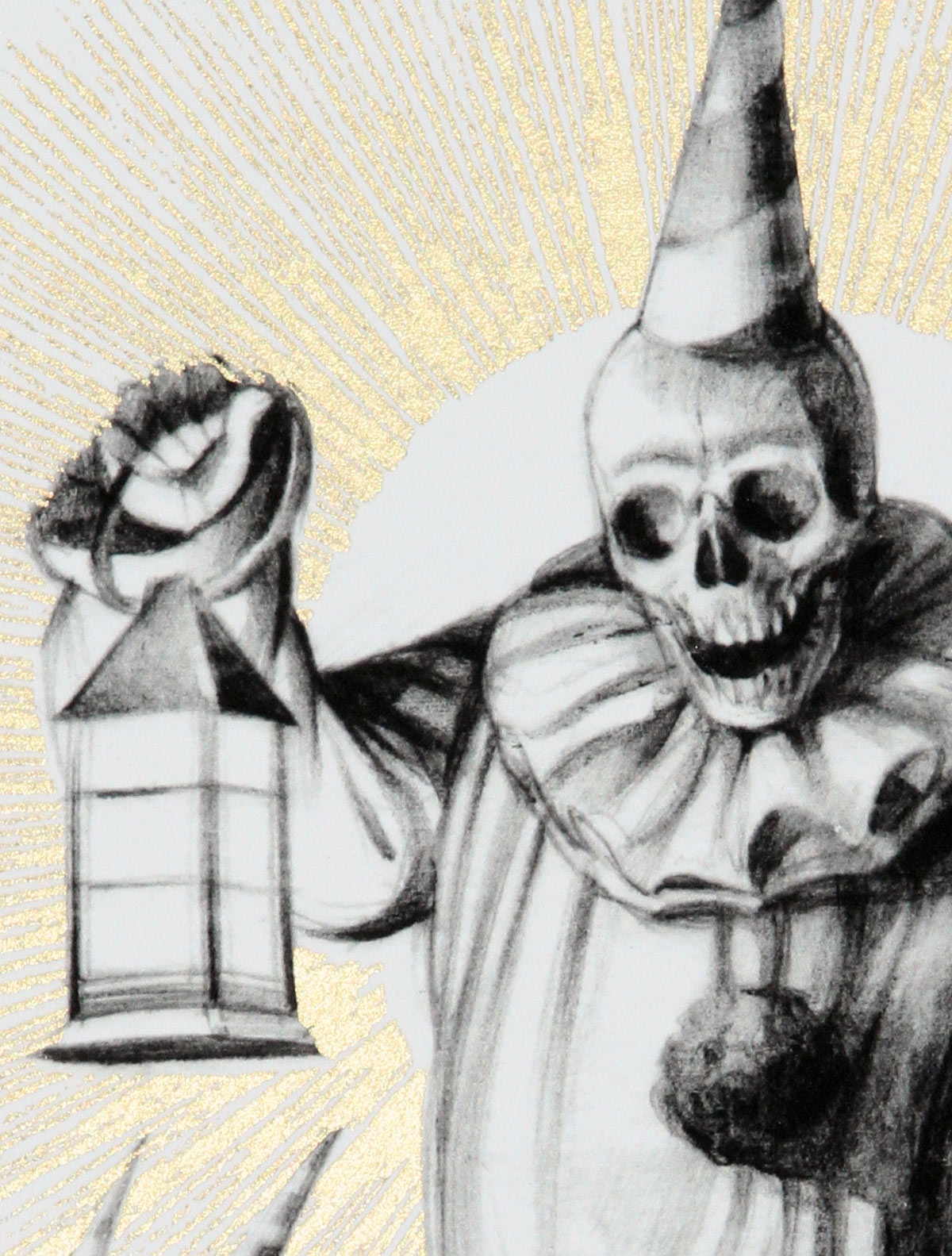 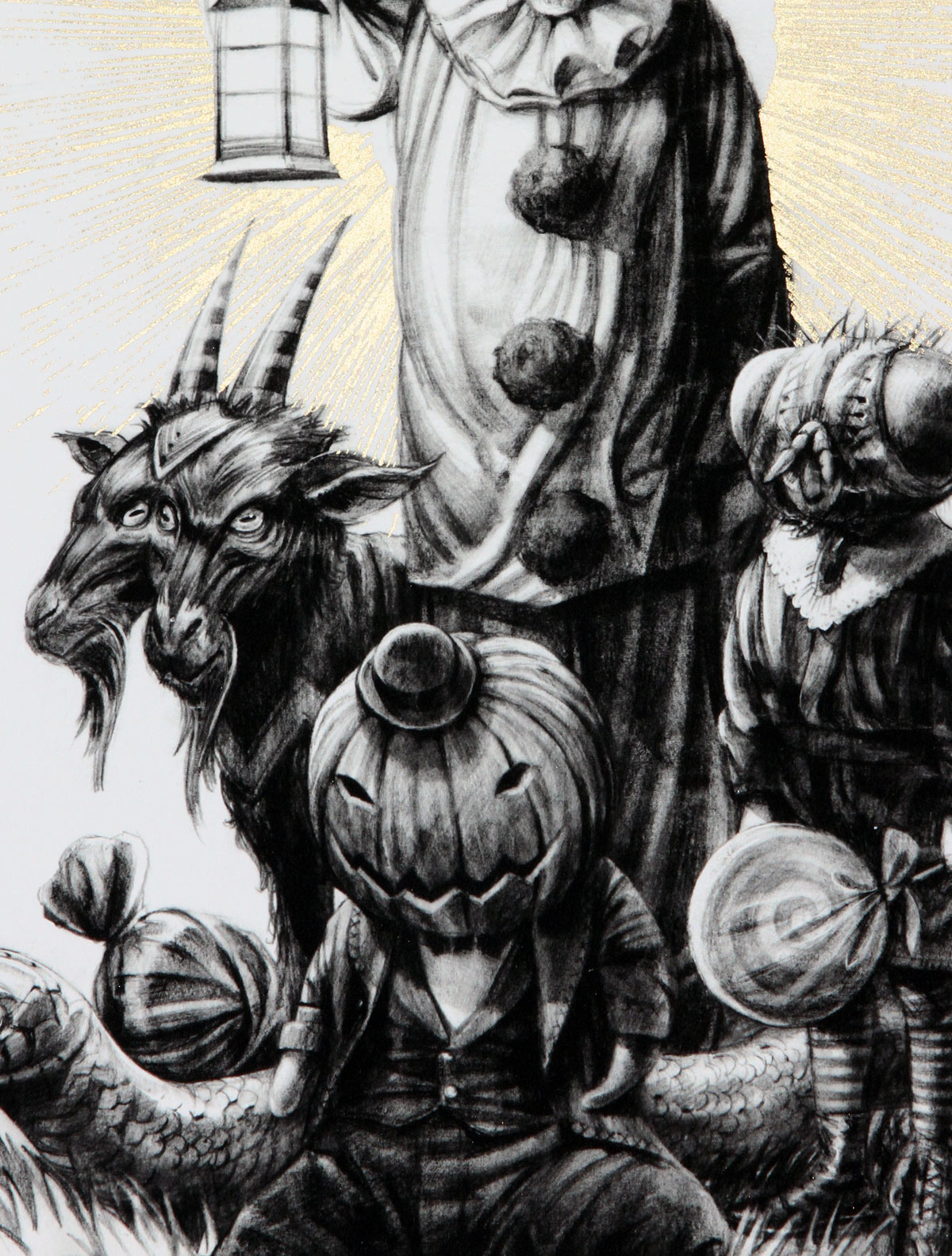 Edition Size 100SOLD OUT
ADD TO FAVORITES
Don't miss the next John Dunivant release!
Subscribe to our newsletter and be the first to know about new product releases. You will also receive:

• Early Access
• Exclusive Content
• Artist Features & Interviews
SIGN UP
About this Art
The Clown is the first print release in a 4 part series of Tarot cards created by as a promotion for Theatre Bizarre. Theatre Bizarre is an annual masquerade party John and a group of talented and dedicated creatives host in Detroit.

"Since the turn of the century, Theatre Bizarre has layered darkness on top of darkness. In the shadow of the now dormant Michigan State Fairgrounds it stands in a largely abandoned neighborhood – surrounded by dozens of homes left vacant and decaying on the northernmost edge of Detroit. Built by an army of volunteers and emerging for only one incomparable masquerade each year, Theatre Bizarre has become the city’s most famous and infamous underground party" - Zombo 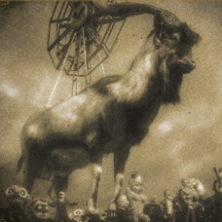 John Dunivant
Detroit, Michigan
FOLLOW  +
John Dunivant is a painter and multimedia artist working in and around Detroit, Michigan. His most significant work, Theatre Bizarre, is an incomparably enveloping, art installation-interactive masquerade that began in the year 2000 as a completely illegal event in a neglected neighborhood of Detroit. It has since grown to become the largest immersive event of its kind in the world. He received a Kresge Fellowship in 2012 and was a recipient of a 2013 Detroit Arts Challenge grant through the Knight Foundation.