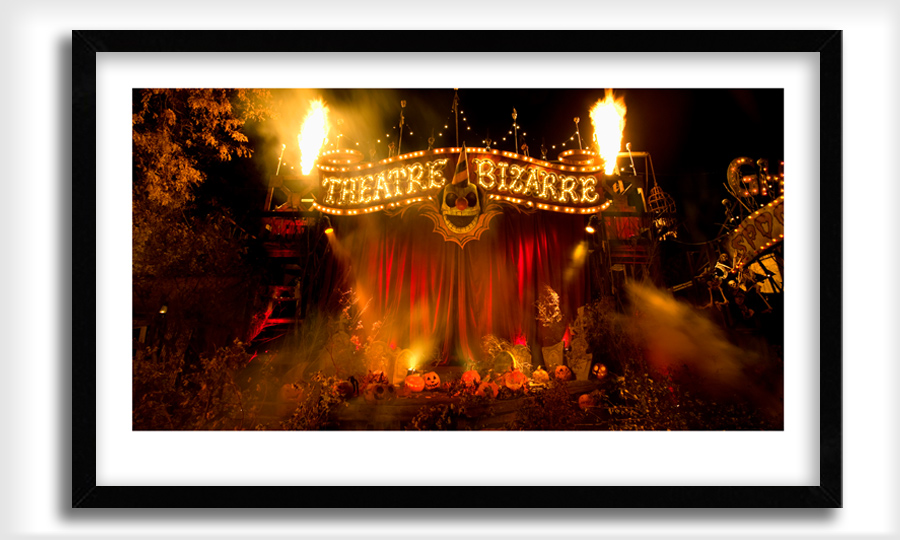 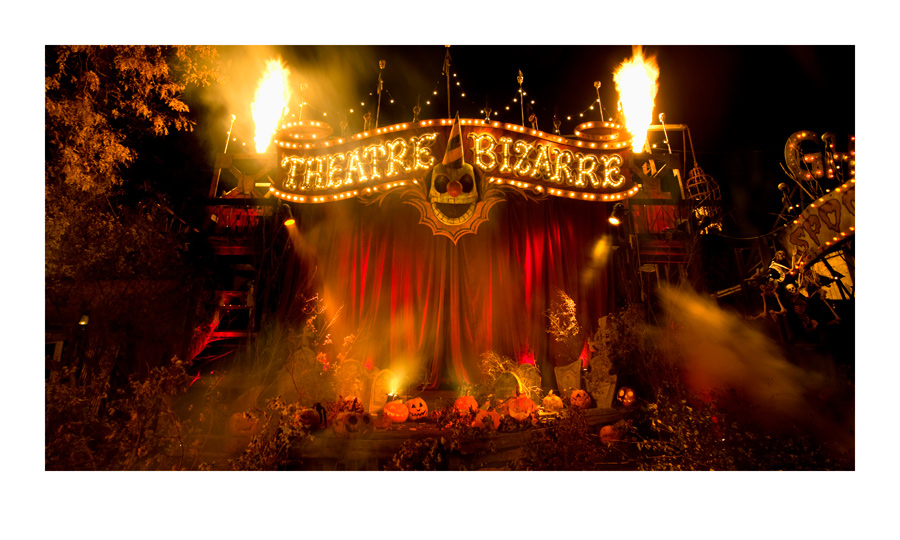 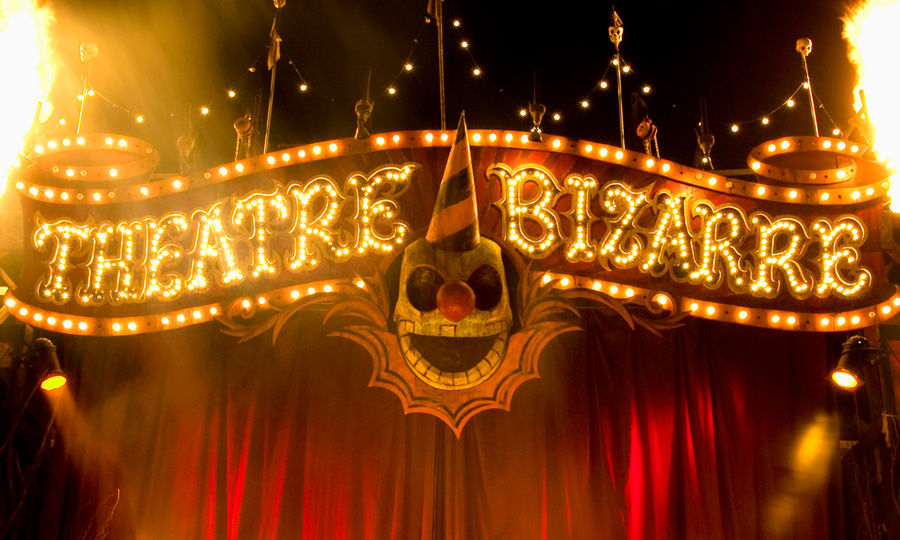 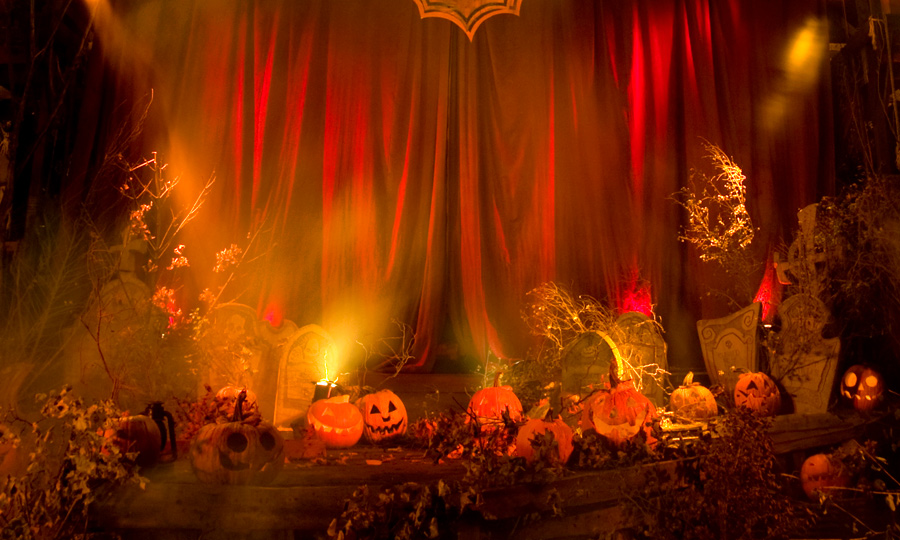 ABOUT THIS ART:
Returning for his 9th RUN, we welcome back John Dunivant. This time the architect of Theatre Bizarre is behind the camera as he and co-conspirator Theatre Bizarre photographer Brett Carson focus their photographic eye to capture a now frozen moment. Shown here we see the Theatre Bizarre Main Stage just as it stood the night after the 2009 event concluded. This would be the last time Theatre Bizarre main stage would sit at the original site near the Michigan State Fairgrounds, by order of the City of Detroit the grounds including the main stage were torn down earlier this year.

So while things have changed, Theatre Bizarre will again return this year as the 2012 incarnation has arrived.The Summoning has begun. To usher in the next chapter of the world's greatest masquerade, architect John Dunivant and the legions of Theatre Bizarre faithful will again take over the Masonic Temple for this year's event on October 20th, 2012. You can purchase tickets for Theatre Bizarre at TheatreBizarre.com

This RUN comes signed, numbered and with a Certificate of Authenticity from John Dunivant, Brett Carson and 1xRUN

MORE
ABOUT J. Dunivant + Brett Carson:
Since the turn of the century, Theatre Bizarre has layered darkness on top of darkness. In the shadow of the now dormant Michigan State Fairgrounds it stands in a largely abandoned neighborhood – surrounded by dozens of homes left vacant and decaying on the northernmost edge of Detroit. Built by an army of volunteers and emerging for only one incomparable masquerade each year, Theatre Bizarre has become the city’s most famous and infamous underground party