The Outlaw Bible of American Art 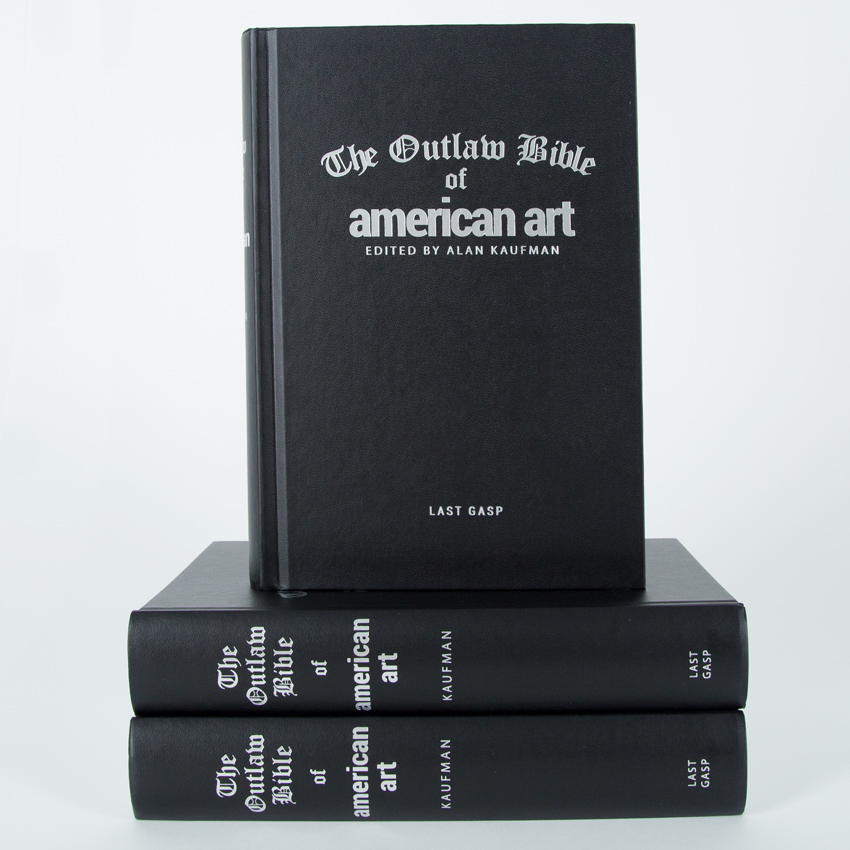 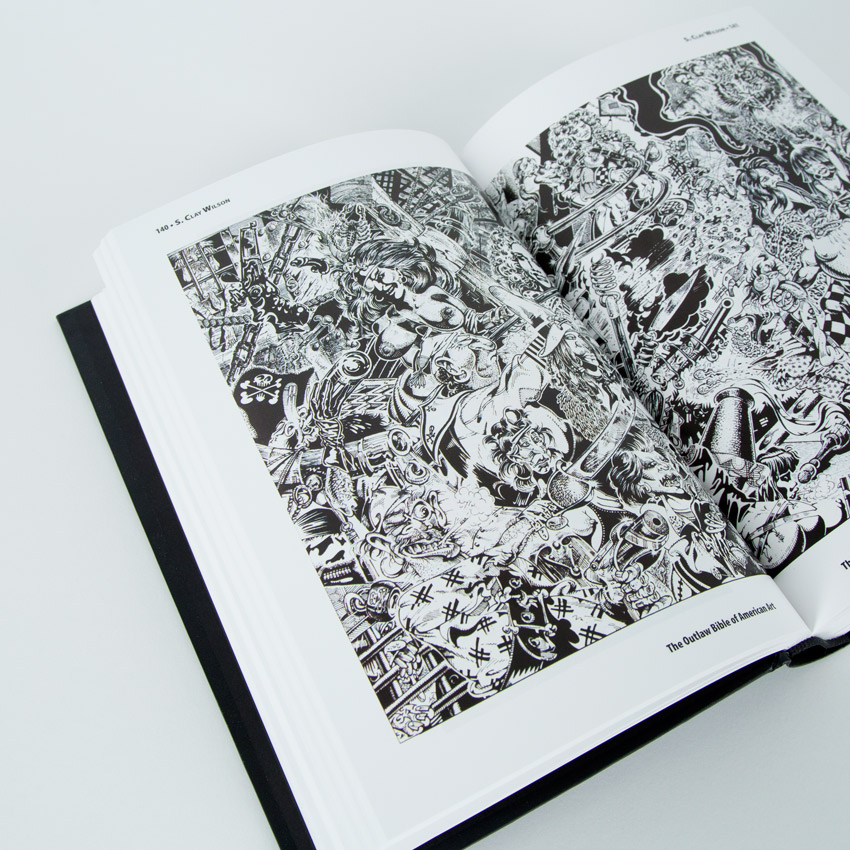 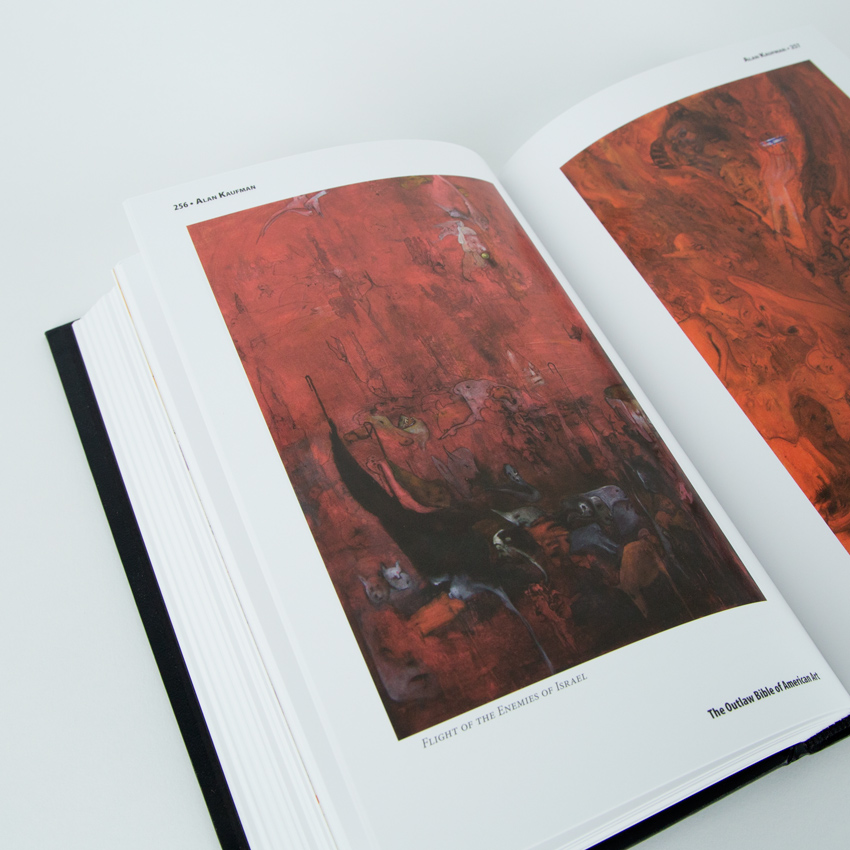 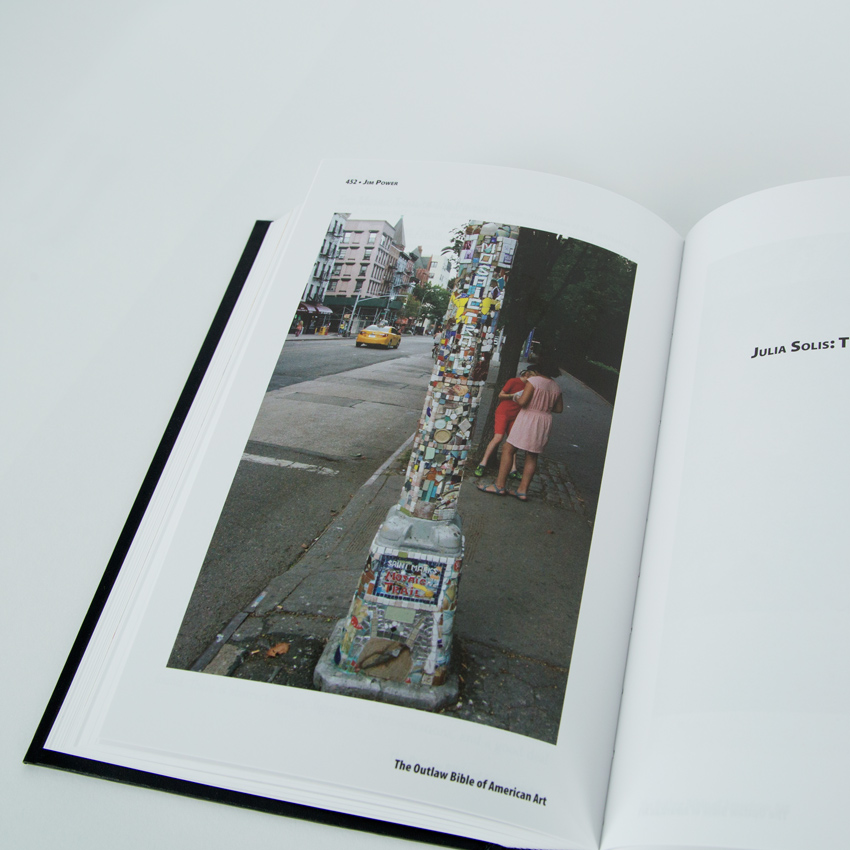 ABOUT THIS ART:
The Outlaw Bible of American Art is a 700-page revolutionary art world shocker: a Who’s Who alternative canon of marginalized or famed audodidactic paint-slinging loners who followed their own outrageous, sometimes catastrophic visions to the heights of fame or the depths of Hell.

Documenting movements from the post-war to the present, this anthological barbaric yawp contains manifestos, essays, interviews and biographies from some of the most cutting edge American art writers plus hundreds of full color and black and white images and rare photos. The Outlaw Bible of American Art brings together everything from NO! artists, Blackstract Expressionists, Beats and Beckettian Distortionists to Dystopic Futuristic Pranksters, Subcultural Gonzo Anthropologists and Self-Mutilating Visionary Unigenderists in a rollicking visually gorgeous celebration of the reclaimed no-holds-barred spirit of American Art.

Includes Boris Lurie, Forrest Bess, Gertrude Stein, Tom Wolfe, Dash Snow, Carlo McCormick, Annie Sprinkle, John Yau, Allen Ginsberg, R. Crumb, Claes Oldenberg, Thomas Nozkowski, Richard Kern, Joe Coleman, Molly Crabapple, David Choe, Robert Williams, Nick Zedd, David Wojnarowicz and hundreds more.
MORE
ABOUT Alan Kaufman:
Alan Kaufman's novel Matches was published by Little, Brown and Company in the Fall of 2005. David Mamet has called Matches "an extraordinary war novel," and Dave Eggers has written that "there is more passion here then you see in twenty other books combined." Kaufman's critically-acclaimed memoir, Jew Boy (Fromm/Farrar,Strauss, Giroux), has appeared in three editions, hardcover and paperback, in the United States and Great Britain. He is the award-winning editor of several anthologies, the most recent of which, The Outlaw Bible of American Literature, was recently reviewed on the cover of the New York Times Book Review. There are two more volumes in Kaufman's Outlaw anthology series: The Outlaw Bible of American Poetry and The Outlaw Bible of American Esaays. He has taught in the graduate and undergraduate schools of the Academy of Art University and in writing workshops in San Francisco. His work has appeared in Salon, The Los Angeles Times, The San Francisco Chronicle, Partisan Review and The San Francisco Examiner. Kaufman has been widely anthologized, most recently in Nothing Makes You Free: Writings From Descendents of Holocaust Survivors (WW Norton). Kaufman is a member of PEN American Center. Kaufman's papers and manuscripts are on deposit in the Special Collections Library of the University of Delaware and he is profiled in the Europa Biographical Reference Series.
MORE
CLOSE
FILTER
APPLY
Type
-
Price
-
Availability
-
Availability
-
Country
Availability