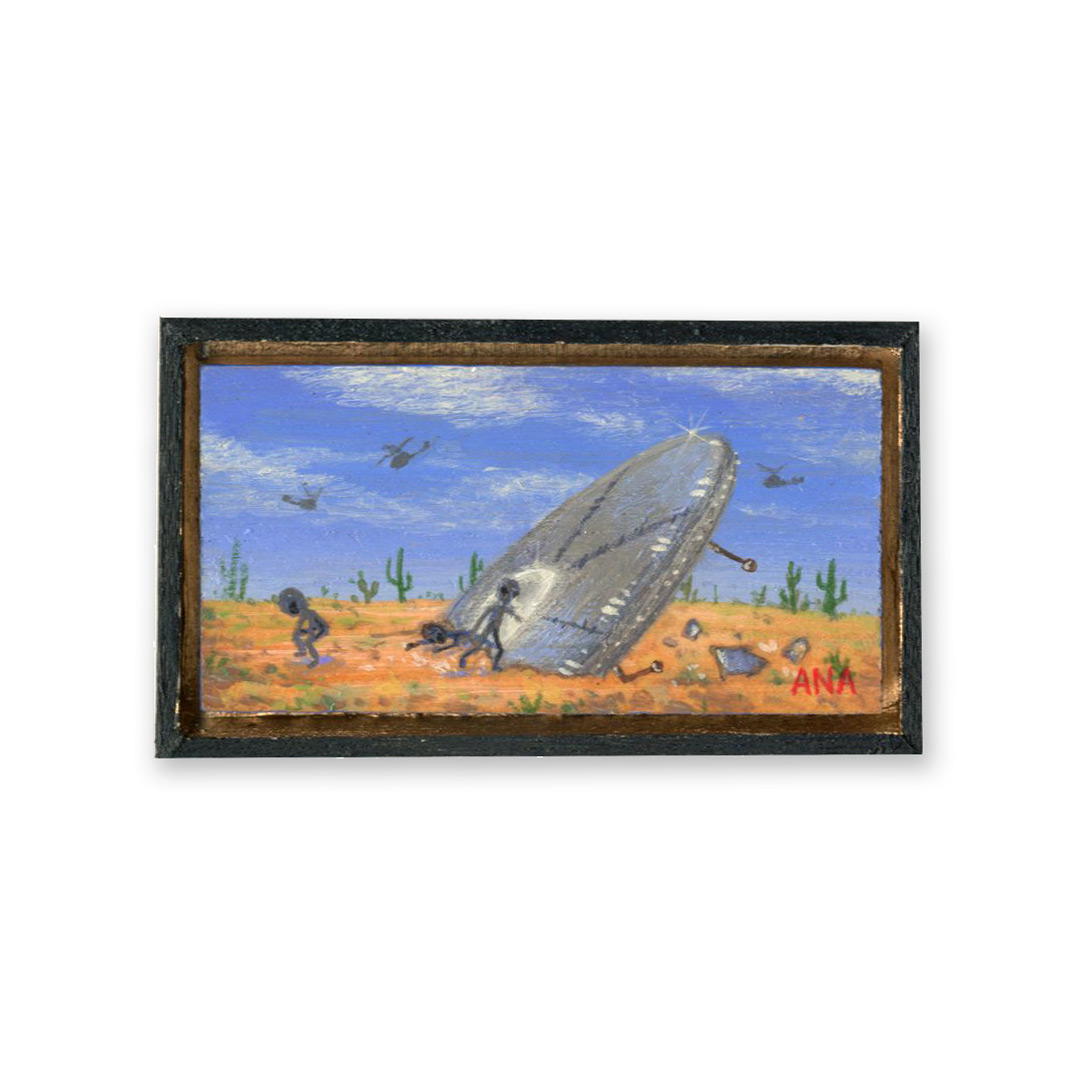 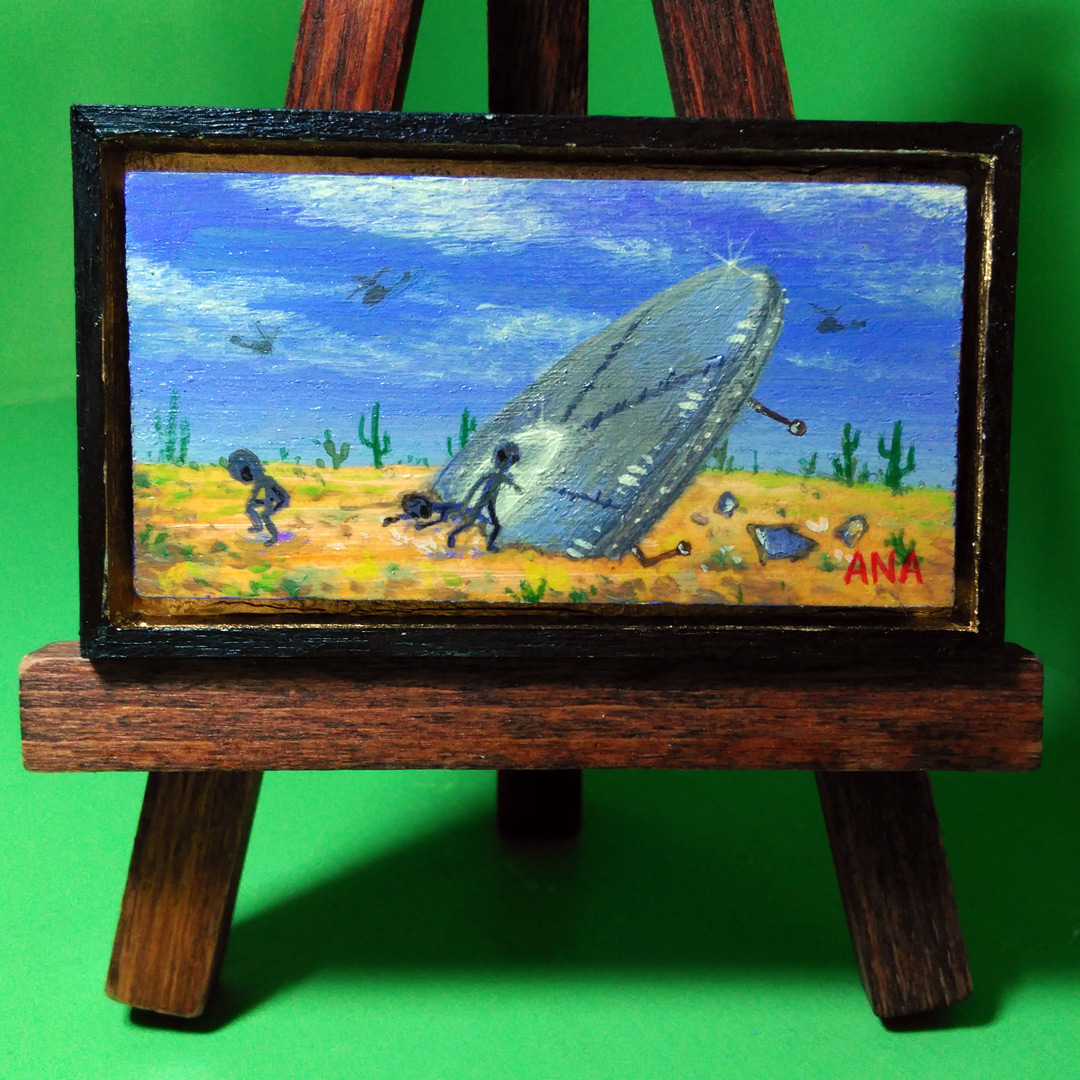 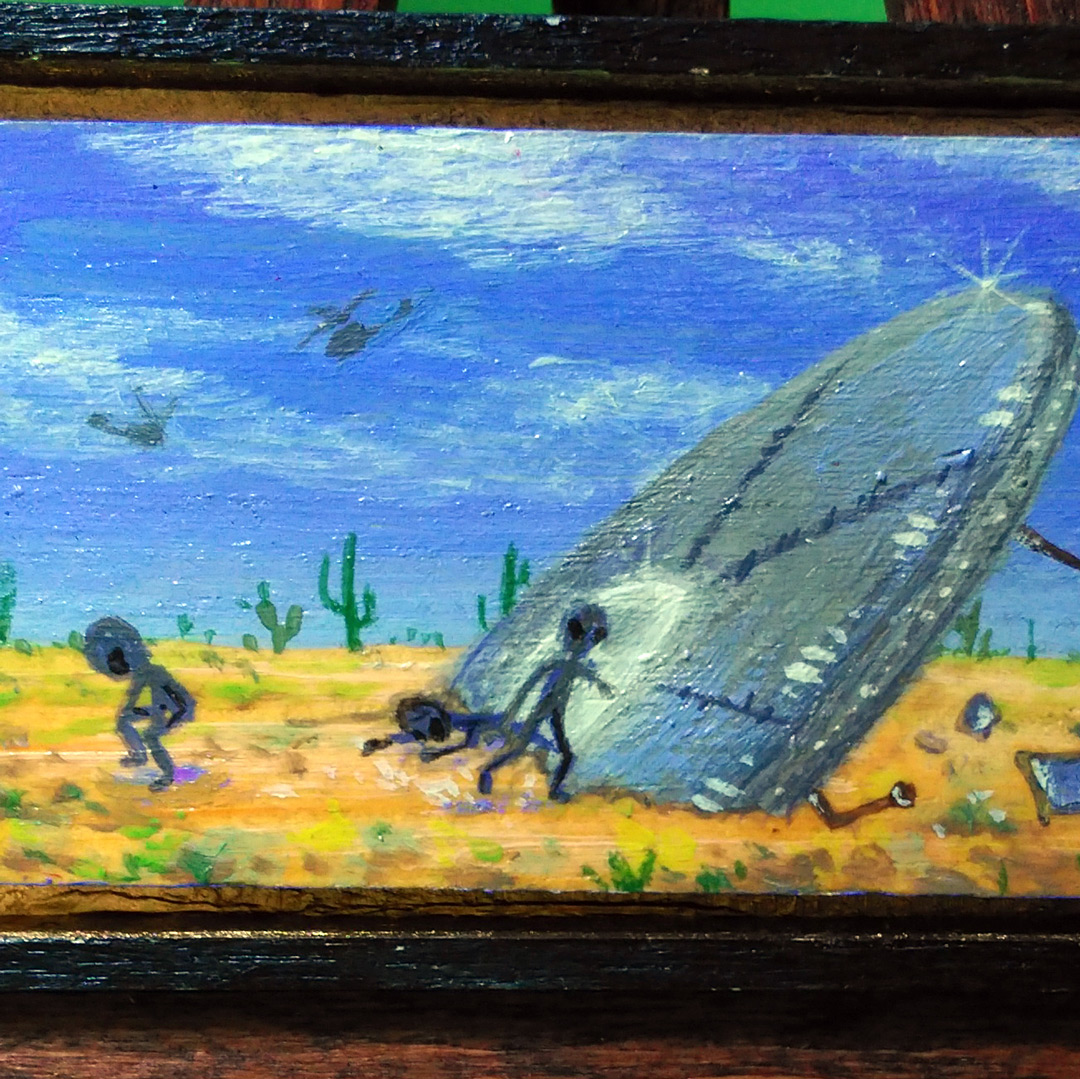 Follow Ana on Instagram @ anabagayan.
MORE
ABOUT Ana Bagayan:
"My work is inspired by the metaphysical- E.T.'s, spirits, ghosts, inter-dimensional space creatures, alternate realities, anything that hints at the idea that we are just a small part of the unimaginably vast universe. Some of my UFO and E.T. themed works are based on hypnosis sessions of people who believed they had been abducted by aliens and other accounts of mass UFO sightings from around the world. I’ve created human/alien hybrid creatures based on the experiences these people described. All of the works, I feel incorporate the inherent beauty of interpreting both the known and unknown.
MORE
MORE FROM Ana Bagayan
$100
Run of 35
6 Available
Favorite 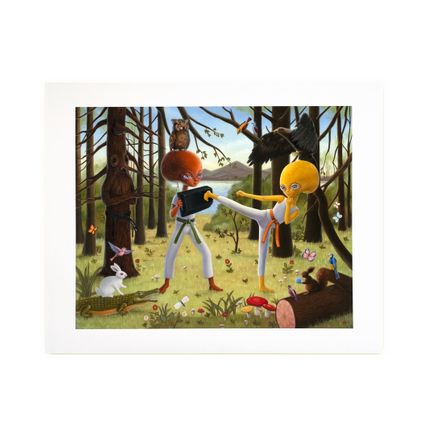 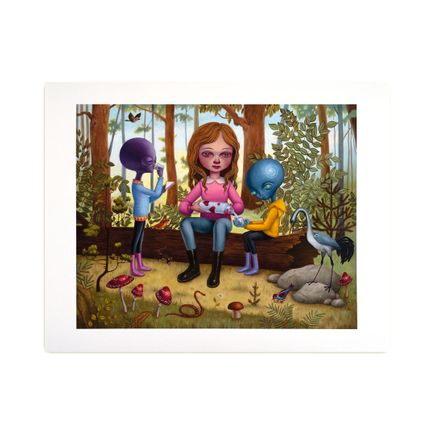 Ana Bagayan
Camille, Friend of Aliens
Run of 100
ARCHIVED
This run is not on sale. Check the product page for more info.
Favorite 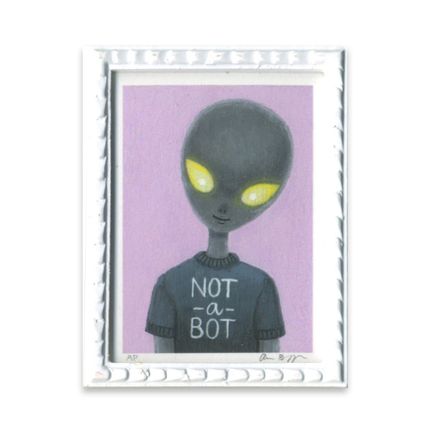 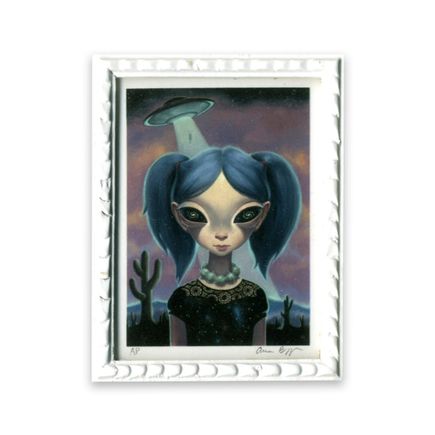 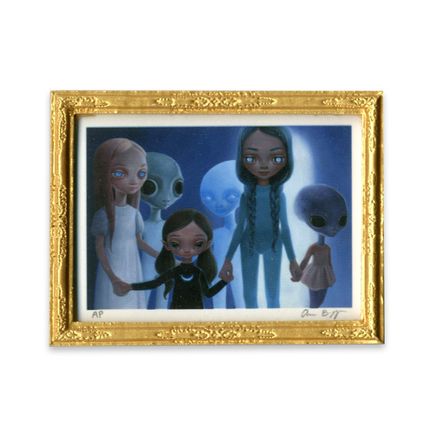 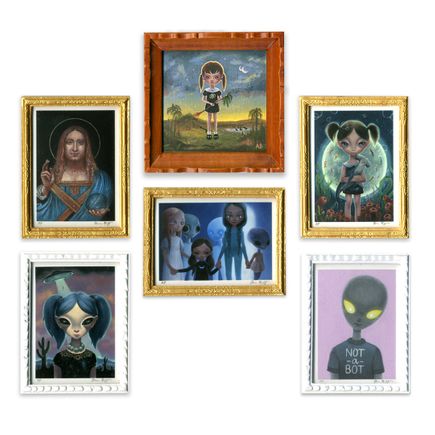