ARCHIVED
Favorite
Favorite this RUN to get notified early and never miss a future release again.
INQUIRE
IN THIS COLLECTION:
Tropical Call
71 Artworks0 Available
Inquire about this RUN
This art is not currently available - but if you would like to inquire further, contact us with this form or @ 313.744.6505
Sign Up for the 1XRUN Newsletter
SEND 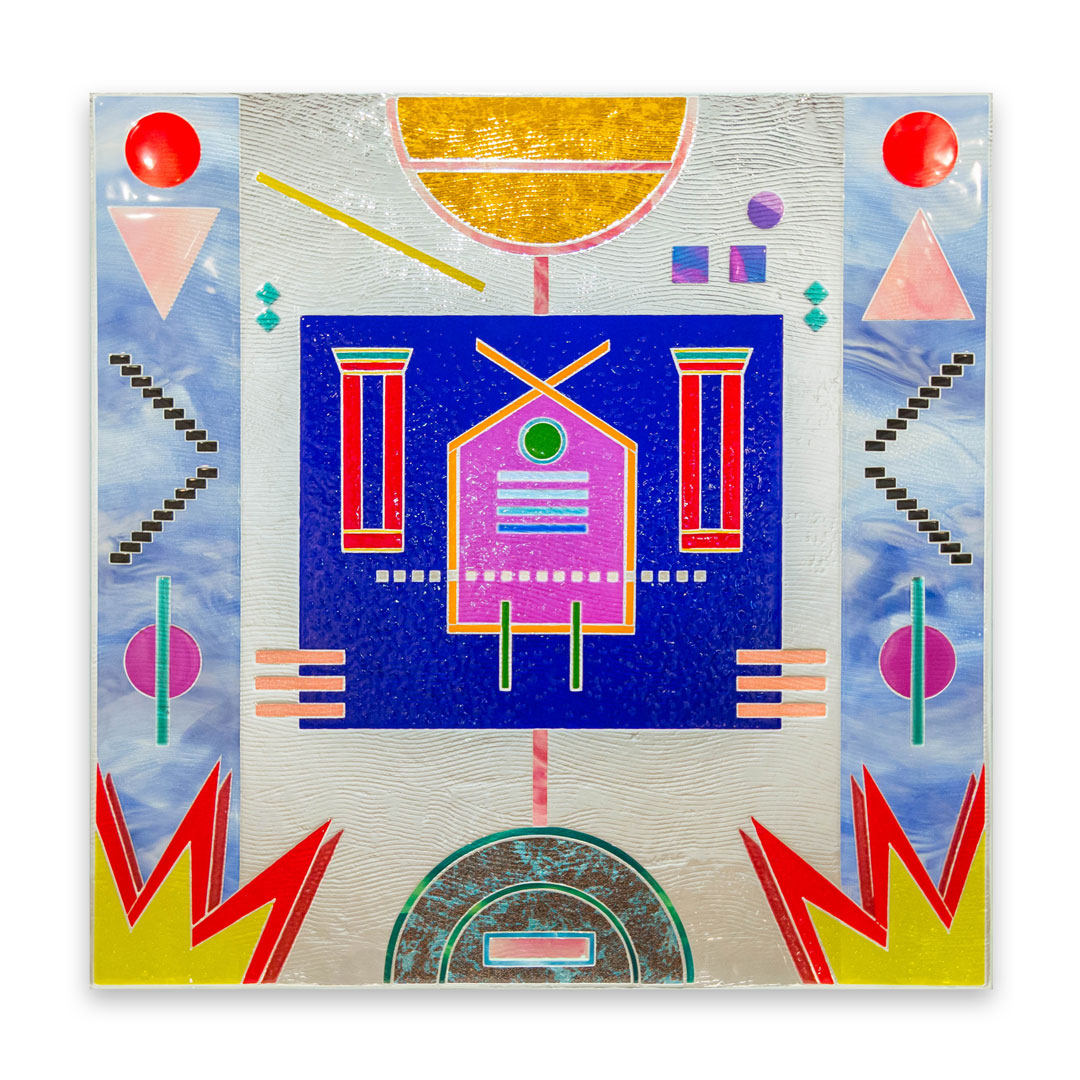 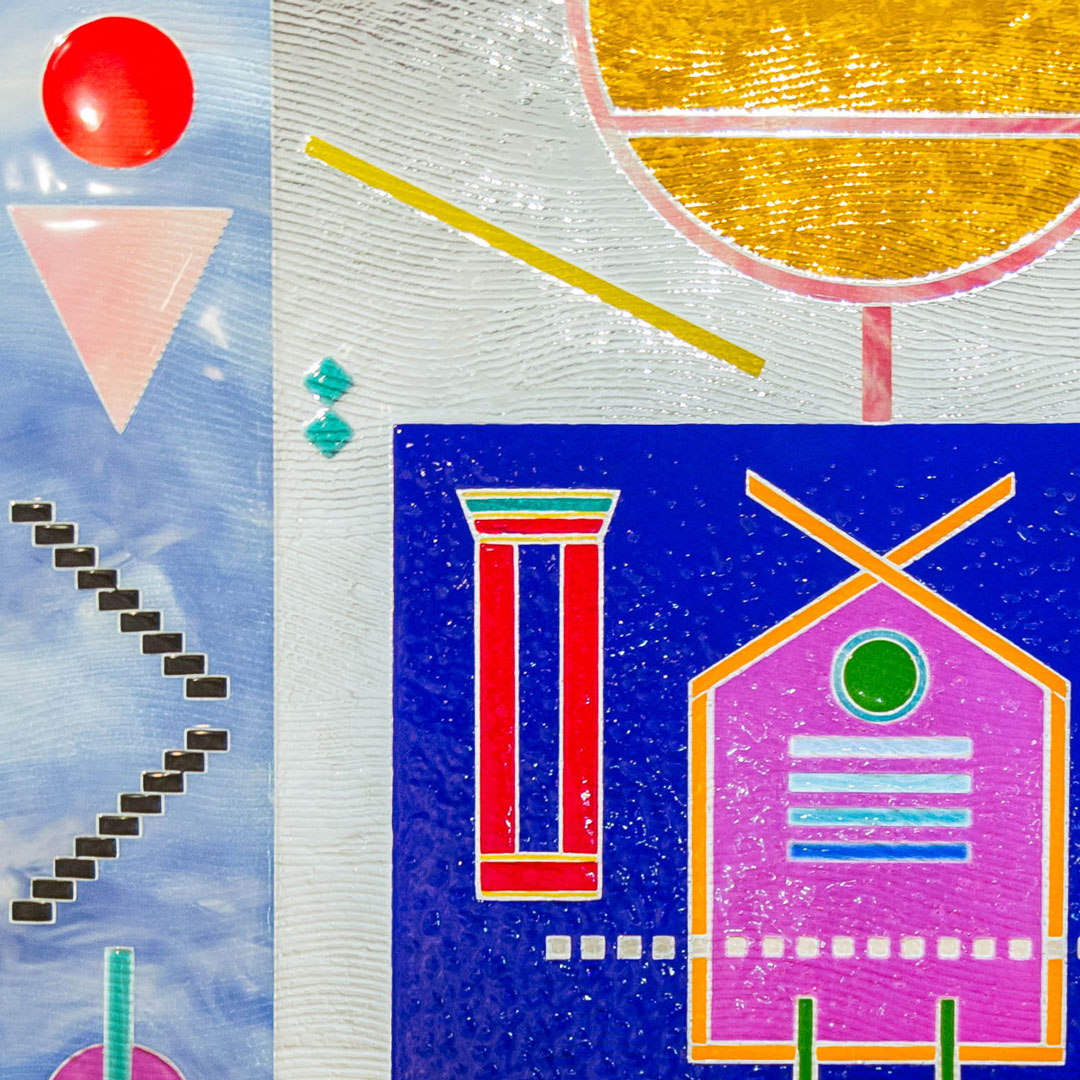 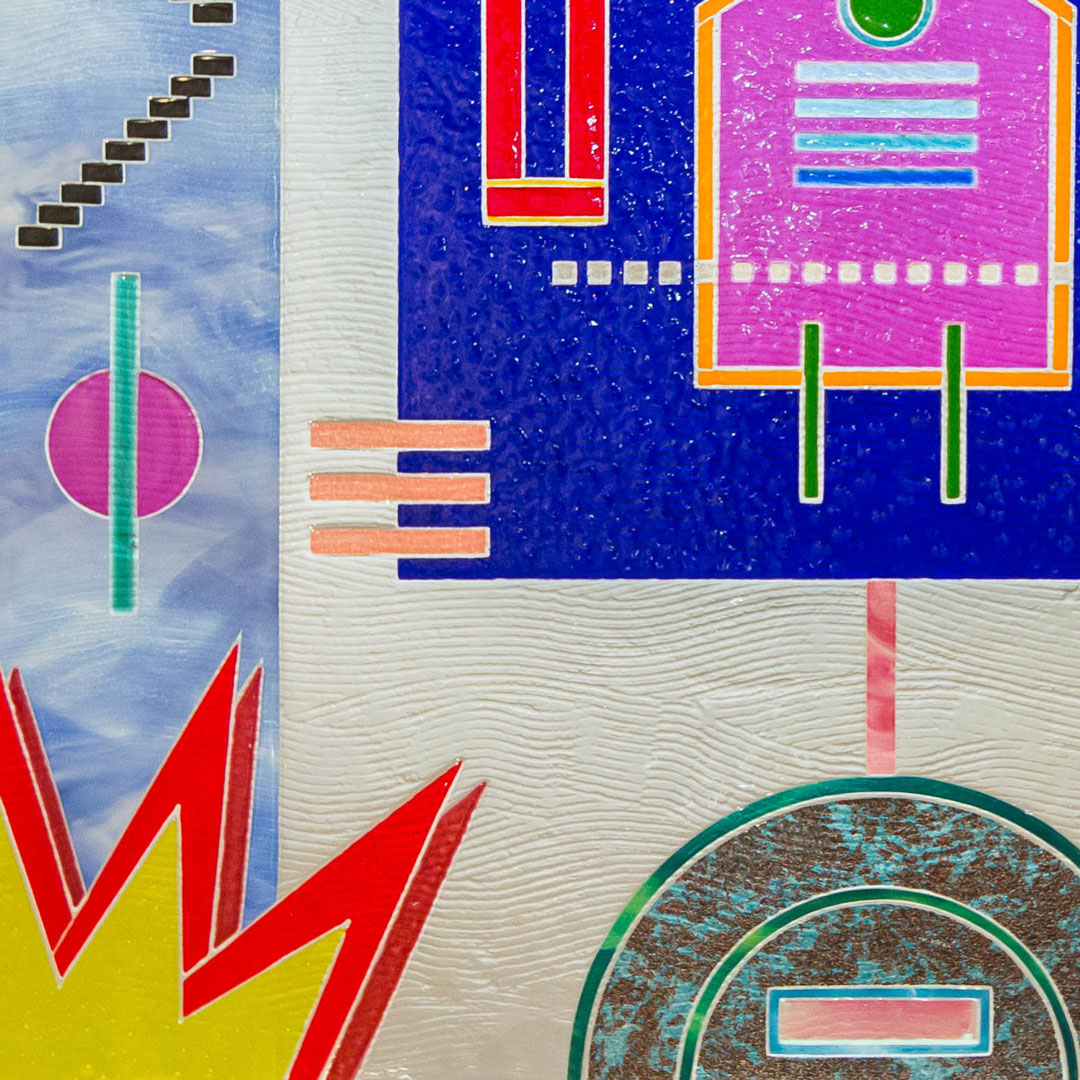 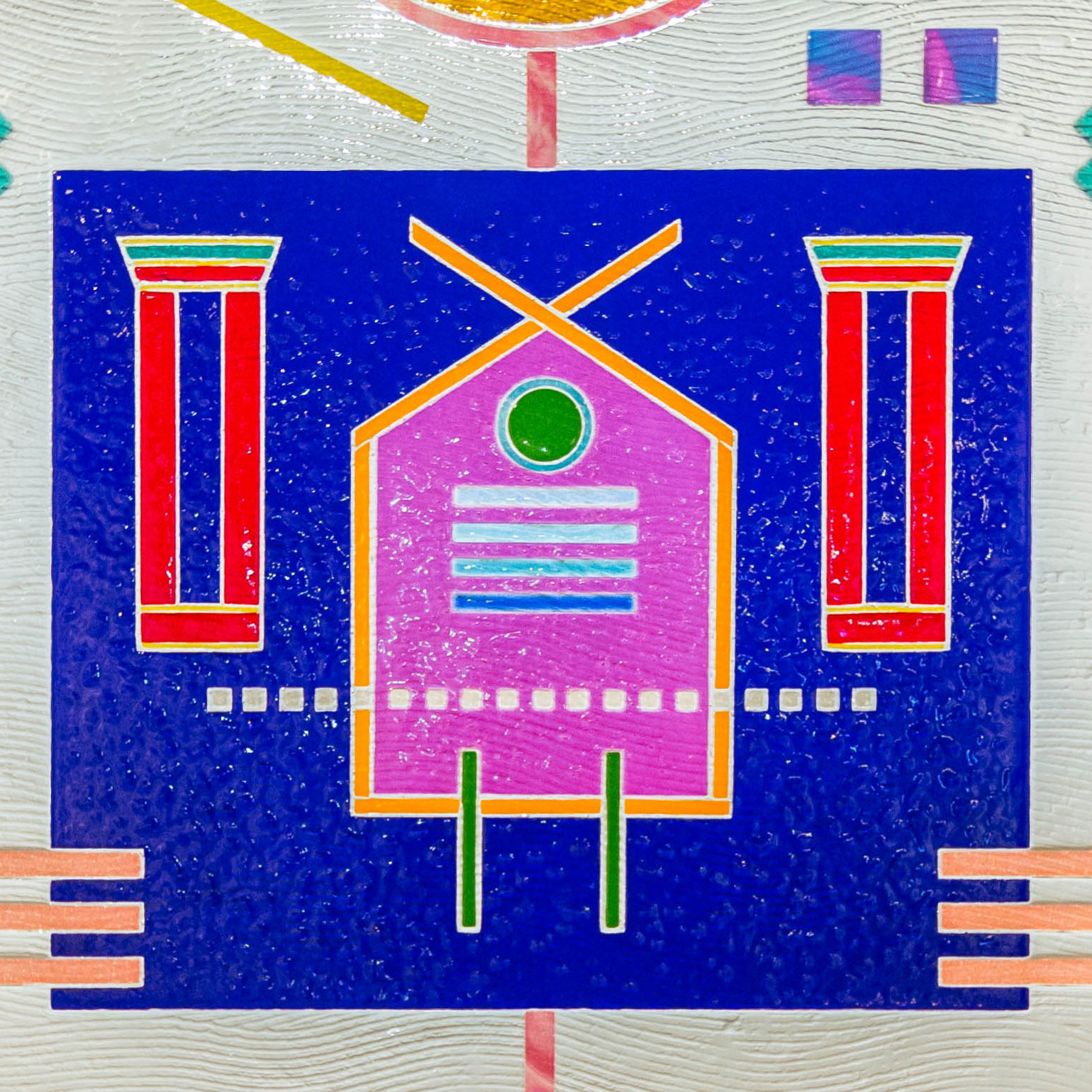 ABOUT Antonyo Marest:
Antonyo Marest was born on the Spanish Mediterranean coast in 1987. Its warm waters and blue skies helped instill in him a big part of his optimism, an optimism that has only matured with the experiences he acquired along his travels around the world. In 2013, he established himself in Madrid, where he prompted a creativity that could be applied to any artistic field likely to be aesthetically revised.

It is necessary to go back to the inter-war period of the last century to trace back the referential origins of Marest’s poetry. In the 20’s and 30’s, parallel to the development of historic vanguards, the trend of Art- Decó was widely influential. This style is characterized by the idea of constructive design, which is enlivened by color and textures. Marest assimilated a big deal of this geometrical thought, being able to circumvent thoroughness and coldness to get into the sensual and vibrant.

On the other hand, one has to jump forward to 80’s Milan and enjoy the revolution that Ettore Sottsass’ Memphis group meant for the art world. Their anti-functionality designs, together with their surprising multicolor patterns, would also have a noticeable impact on Marest’s work. Marest also explored these profound connections between the pattern as a model and the template as a tool which can make a fascinating game of uncountable combinations solely from repetition. Our artist has been carrying out numerous exhibitions in which he has displayed his creativity in spaces ranging from the inside of a museum to the public spaces. In this way, painting, sculpture and installation interact without continuity with muralism and other street-art manifestations.

His furniture designs, as well as his clothing, album covers, signage, merchandising, marketing campaigns, customization, interiorism and his graphic, industrial and textile designs can also be highlighted. In this sense, the artist is able to project and adapt his creativity to different types ofmediums and supports.

The figures of the flamingo and the palm tree are two noteworthy motifs in his work. With these twoelements, the artist even identifies recognizable symbolisms in his own biography. On one hand, theflamingo illustrates the worship to the sun and links in the luminous sense of Marest’s work .Inancient Egypt, flamingos were seen as terrestrial representations of the God Ra. On the other hand,he finds the palm tree as a symbol of resistance to any kind of situation. Marest finds in this characteristic a feature that can be linked to his own life experiences.

One of Antonyo Marest’s main poetic virtues is his ability to continuously change the scale without affecting the solidity of his creations, both by intervening in big scale surfaces in urban spaces and in supports elaborated to be exhibited in galleries and museums. His work is built upon a rigorous construction of image, which is usually integrated by an audacious conversation among abstract geometrics, decorative patterns and figurative scaffolds. Overall, his most noticeable feature is the use of some particular color ranges, either from contrast or harmonization, which provides his work with a profound rotundity.

Marest´s eclectic vision towards art incorporates classical influences, tributes to artistic movements like Art-decó and Pop Art, as well as references to the Kitsch movement of the 50’s. He also recovers futuristic background iconographies and establishes links with the works accomplished in the 80’s by the Memphis group. Antonyo Marest jumps with great agility over the fences that have traditionally separated official and popular art forms through a modus-operandi where the architectonic, cinematographic, musical and plastic elements that limit and surround his ideas are easily fitted: routes that ultimately orchestrate a vibrant and eccentric cartography that makes Marest’s work noticeable and undeniablyremarkable in the Spanish urban art scene.
MORE
MORE FROM Antonyo Marest
Run of 1
ARCHIVED
This run is not on sale. Check the product page for more info.
Favorite 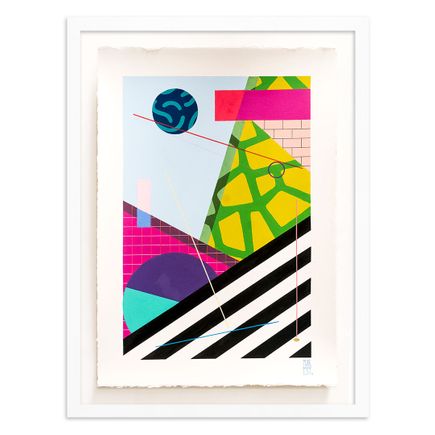 Antonyo Marest
Carrer 1
Run of 1
ARCHIVED
This run is not on sale. Check the product page for more info.
Favorite 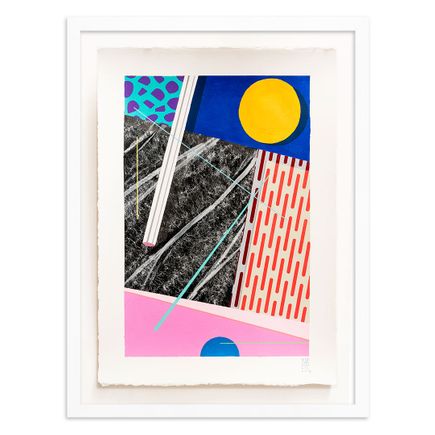 Antonyo Marest
Carrer 2
Run of 1
ARCHIVED
This run is not on sale. Check the product page for more info.
Favorite 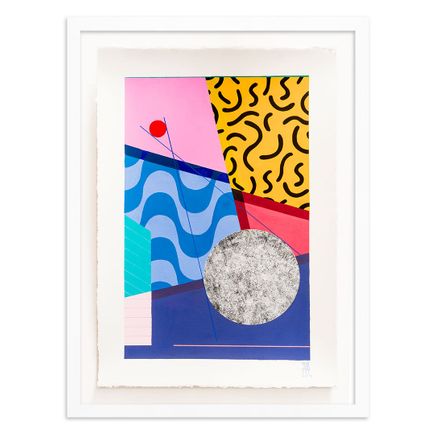 Antonyo Marest
Carrer 3
Run of 1
ARCHIVED
This run is not on sale. Check the product page for more info.
Favorite 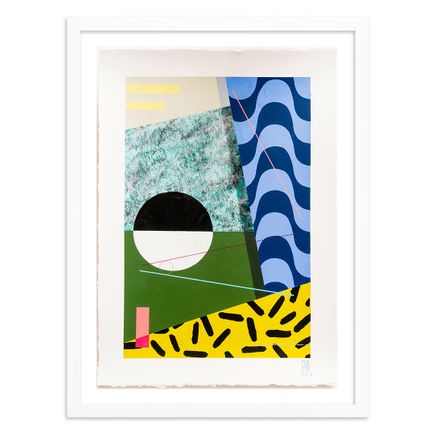 Antonyo Marest
Carrer 4
Run of 1
ARCHIVED
This run is not on sale. Check the product page for more info.
Favorite 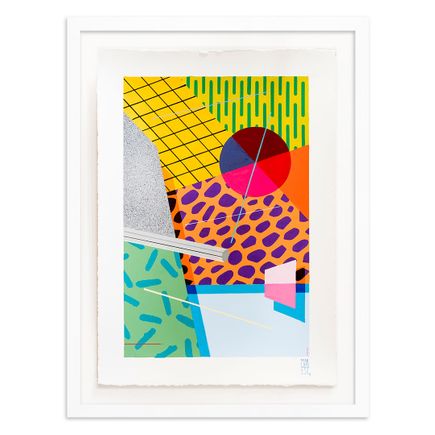 Antonyo Marest
Carrer 5
Run of 1
ARCHIVED
This run is not on sale. Check the product page for more info.
Favorite 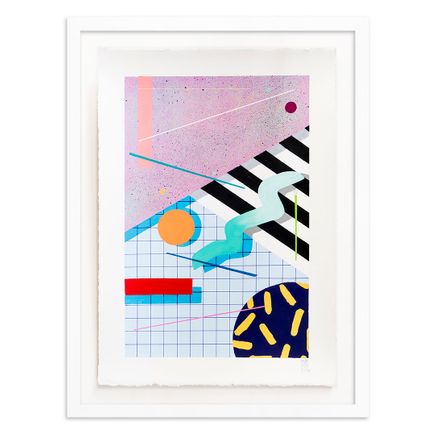