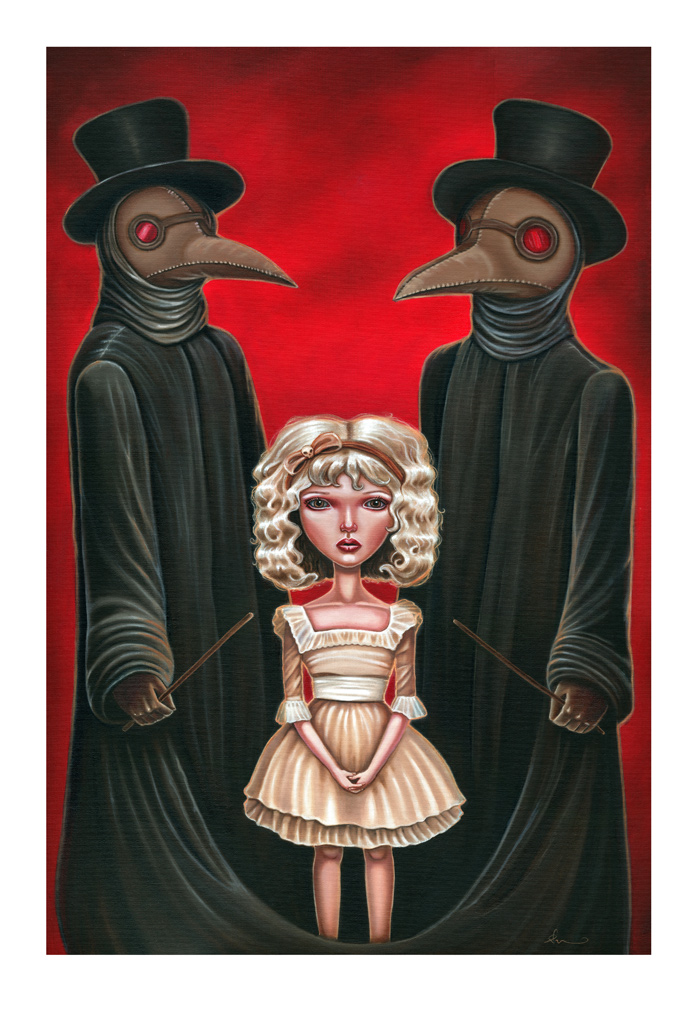 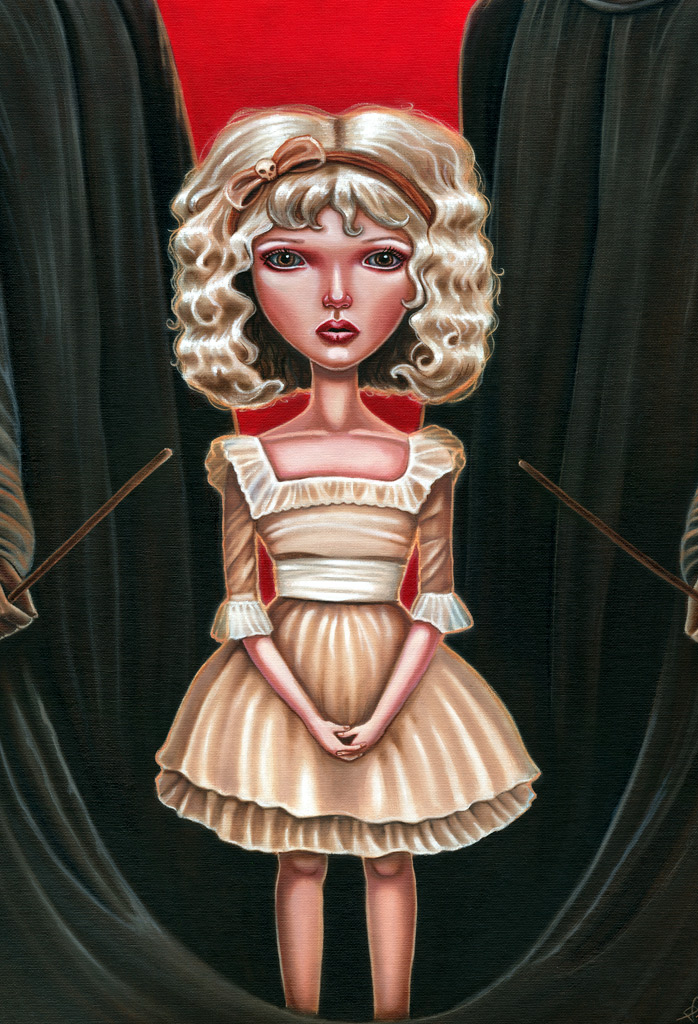 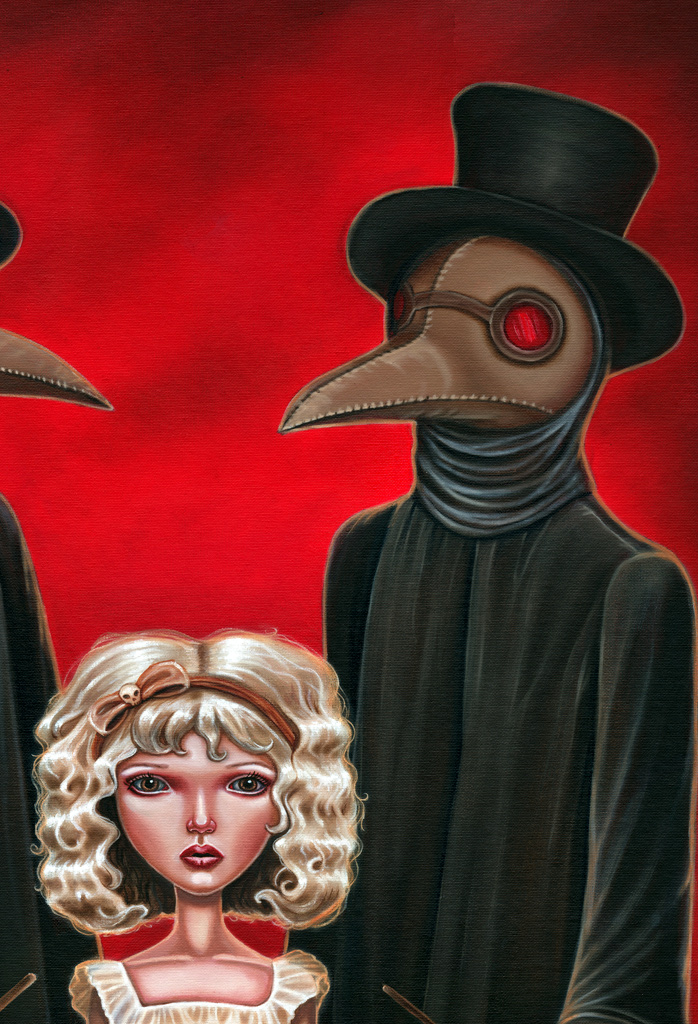 ABOUT THIS ART:
The title of this piece is an old saying, meaning  "remember your mortality."  The piece is basically based on pure imagery, like the rest of the pieces for the show; mixing soft pretty things with dark strange things. Here you have sickness and death symbolized by the Plague Doctors, and beauty and vitality represented with the girl. It is this kind of juxtaposition that we find captivating, and is the primary inspiration behind the Beautiful Monstrosities show. You can find this contrast in the Victorian era – an underlining darkness in an era of aesthetic beauty, which is present in most of the pieces for the show. Poverty and Child Labor led to a high death rate for children, and in turn made post mortem photos popular at the time. The heavy use of opium as a household "cure-all" in Laudanum, and the many ill uses of arsenic: from edible complexion wafers to the deadly pigment of Emerald and Paris Green used in wallpaper and clothing; and the accidental use of the poison as sugar, leading to hundreds ill and several deaths… all while sitting proper and keeping the corsets tight.

The original artwork will be featured in the upcoming show 'Beautiful Monstrosities' at 323East Gallery on Satuday July 9, 2011.

MORE
ABOUT Audrey Pongracz:
Audrey was born in Detroit, Michigan in the summer of 1979 and was raised in the Mexicantown area of southwest Detroit. A self taught painter, Audrey is constantly working to hone and refine her craft. "I believe art should be attainable to everyone, visually or mentally. This is something I strive for in my work. Art should be a viewing experience. I love when I can look at a painting and be entranced by it, in awe of its application or just the wonder of it." – Audrey

MORE
MORE FROM Audrey Pongracz
Run of 15
ARCHIVED
This run is not on sale. Check the product page for more info.
Favorite 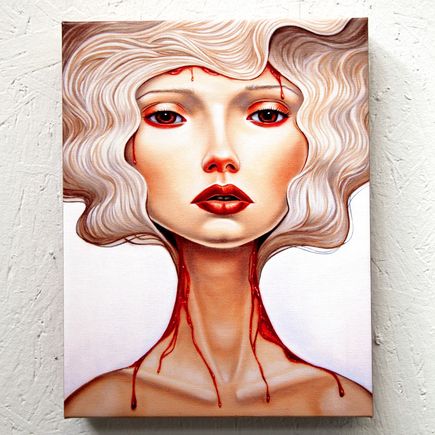 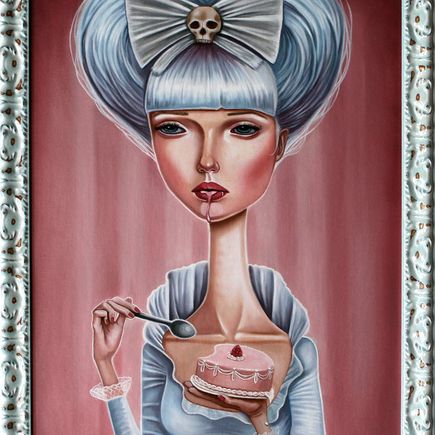 Audrey Pongracz
To Die For
SOLD OUT
Run of 1
Favorite 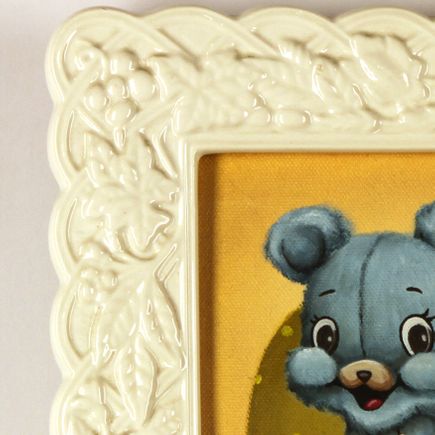 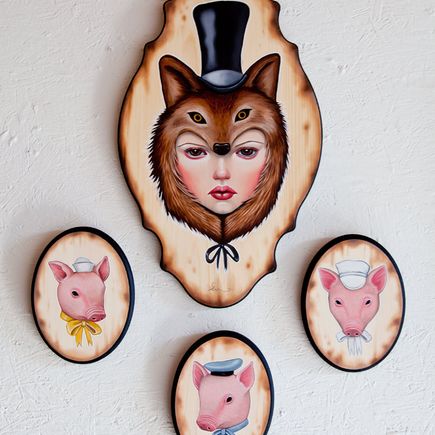 Audrey Pongracz
Let Me In
SOLD OUT
Run of 10
Favorite 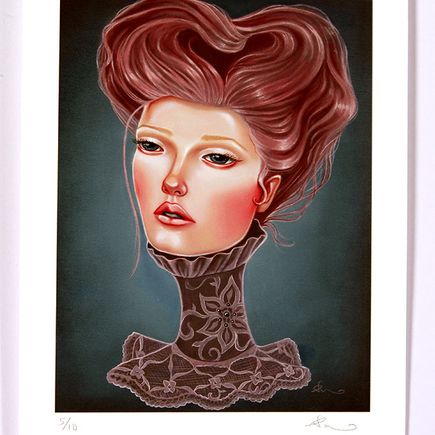