SOLD OUT
Favorite
IN THIS COLLECTION:
Apocalypse Now
4 Artworks0 Available 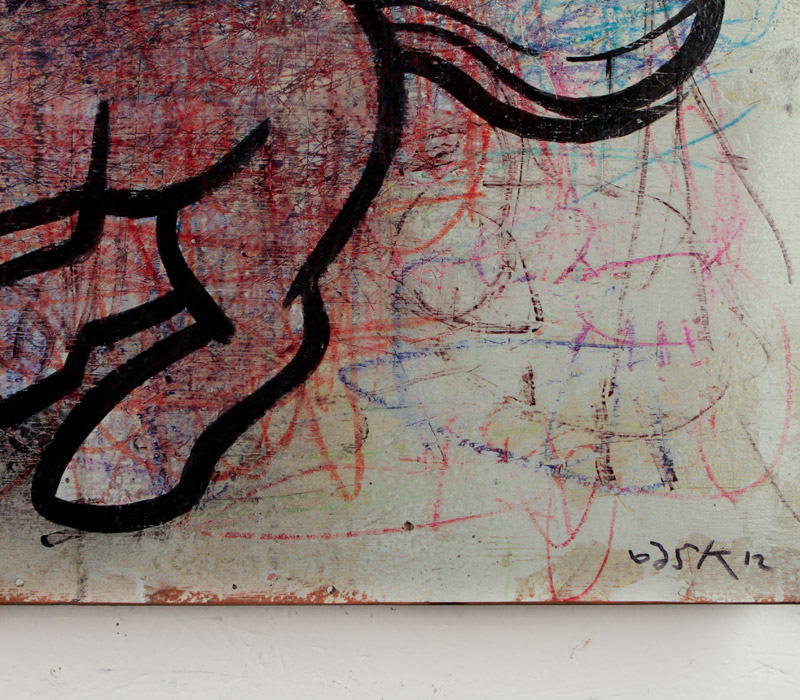 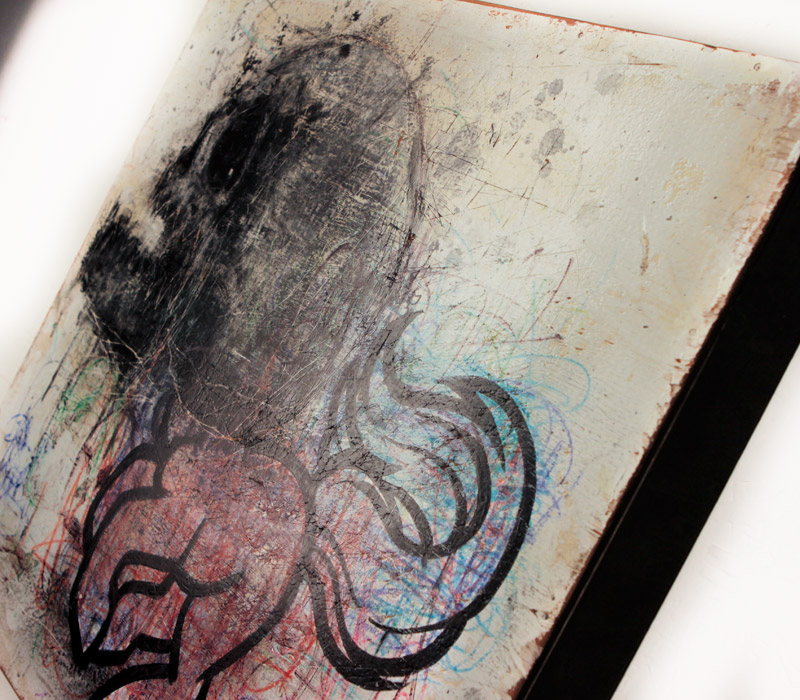 ABOUT THIS ART:
323East has decided that a colorful celebration is the way to go out or remain calm in light of what Central America hinted at many centuries ago. We’ve asked a number of our favorites to submit pieces that touch upon, affirm, reject, or dismiss the notion of scheduled annihilation.

And appropriately enough, this “finale” will mark the final exhibit that the gallery will house in Royal Oak before moving on to new digs near the Eastern Market.

MORE
ABOUT Bask:
Bask is the moniker of one, Ales Bask Hostomsky, who along with his parents emigrated from Czechoslovakia to Florida and began to soak up America’s popular iconic imagery along with the sun.

Bask quickly began to notice similarities between the communistic iconic propaganda from his youth and the consumer advertising of his teens. He soon discovered that they were simply, two sides of the same coin. Each vying for our short-lived attention spans, all the while selling us (or telling us?) anything and everything from Marxism to McDonalds. Seeking conspiracies -and finding them embedded in the popular iconography of the mass media, Bask began painting bold, media critical broadsides to assuage his fear of being manipulated. A fear cultivated in a repressive regime, had now returned, but to the most unlikely and safest of places- The American living room. 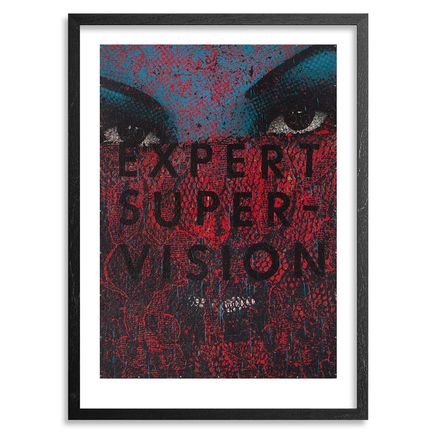 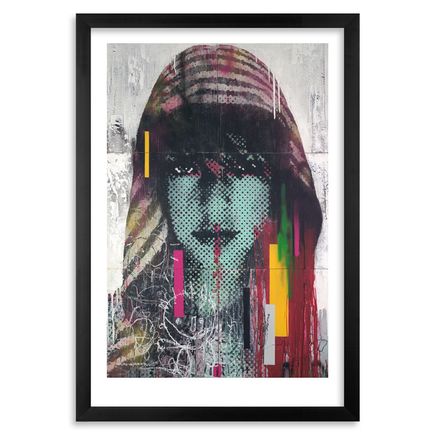 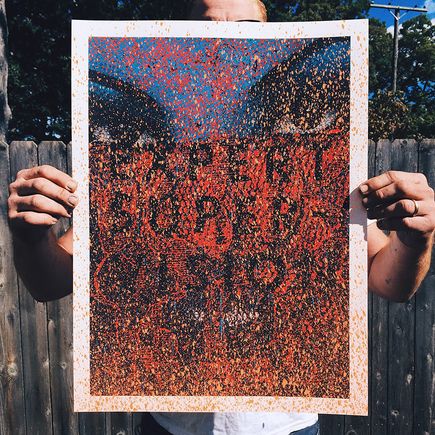 Bask
Expert Supervision - Hand-Embellished Edition
Run of 20
ARCHIVED
This run is not on sale. Check the product page for more info.
Favorite 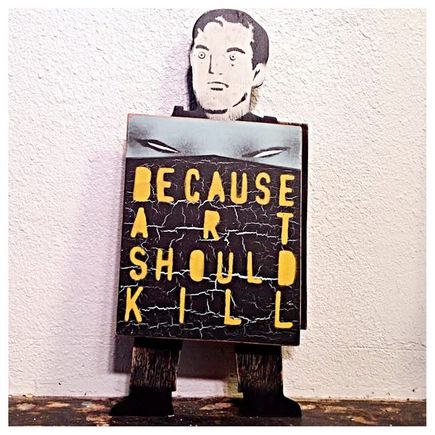 Bask
Art Should Kill Protestor
Run of 50
ARCHIVED
This run is not on sale. Check the product page for more info.
Favorite 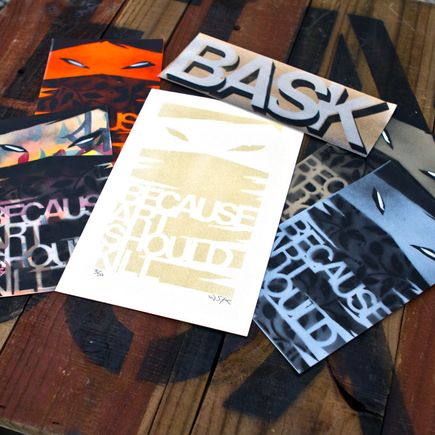 Bask
Because Art Should Kill Print + Sticker Pack
Run of 1
ARCHIVED
This run is not on sale. Check the product page for more info.
Favorite