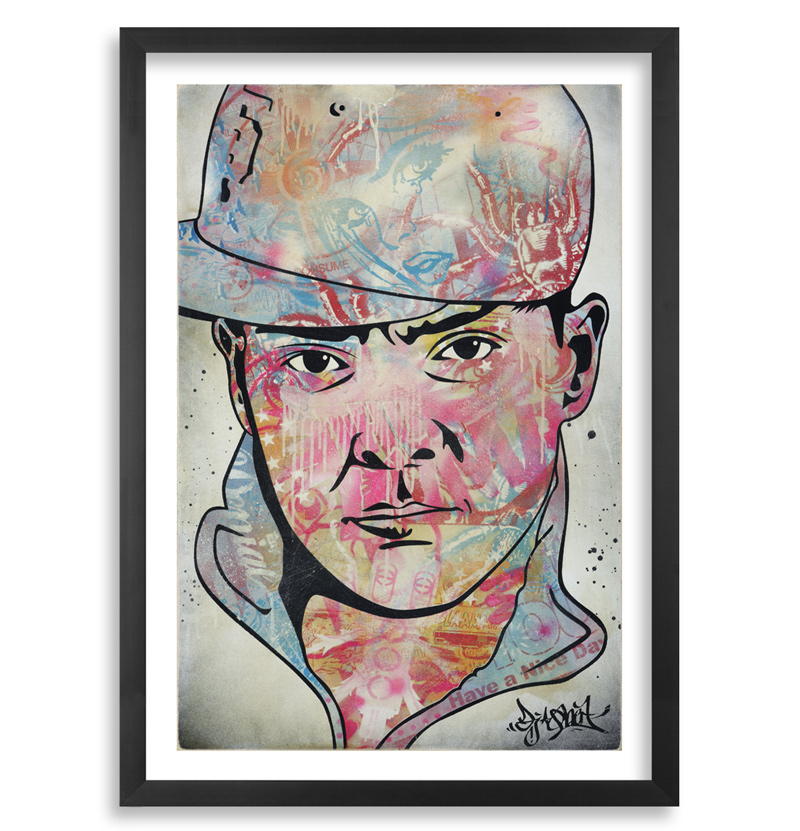 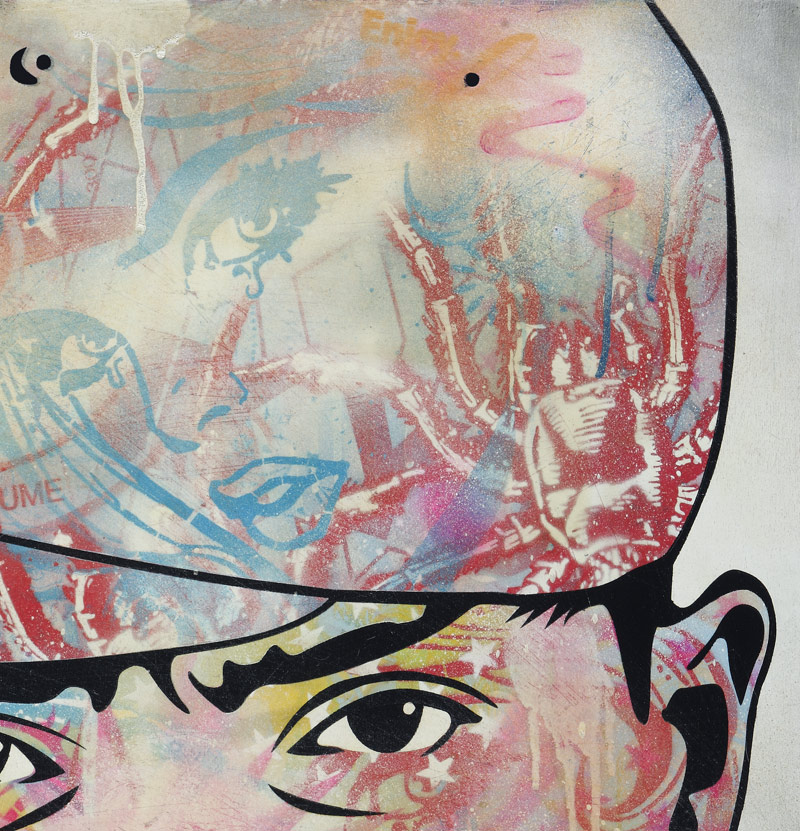 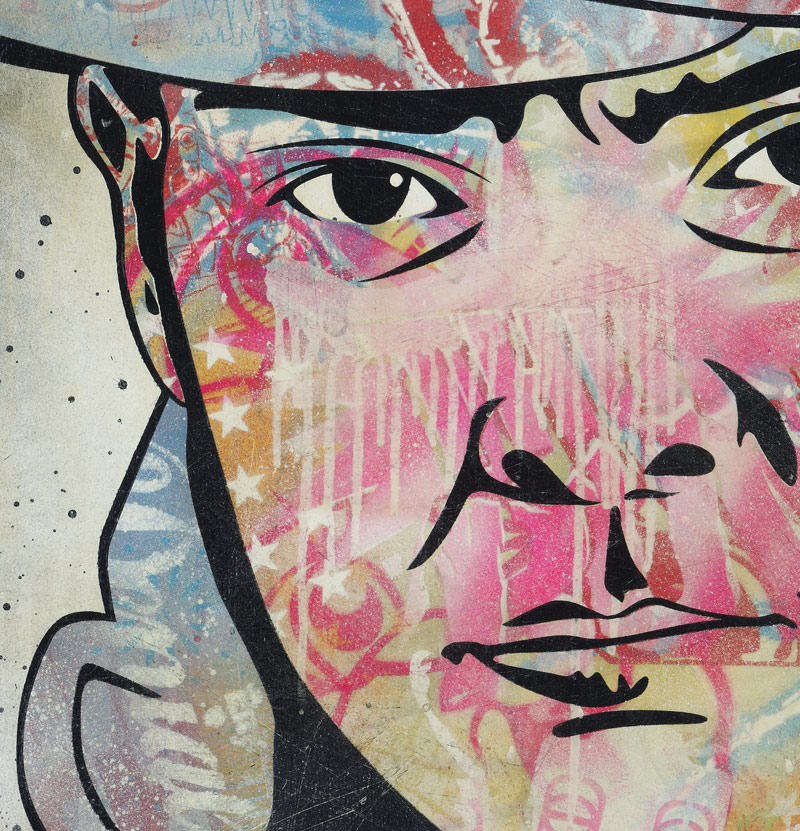 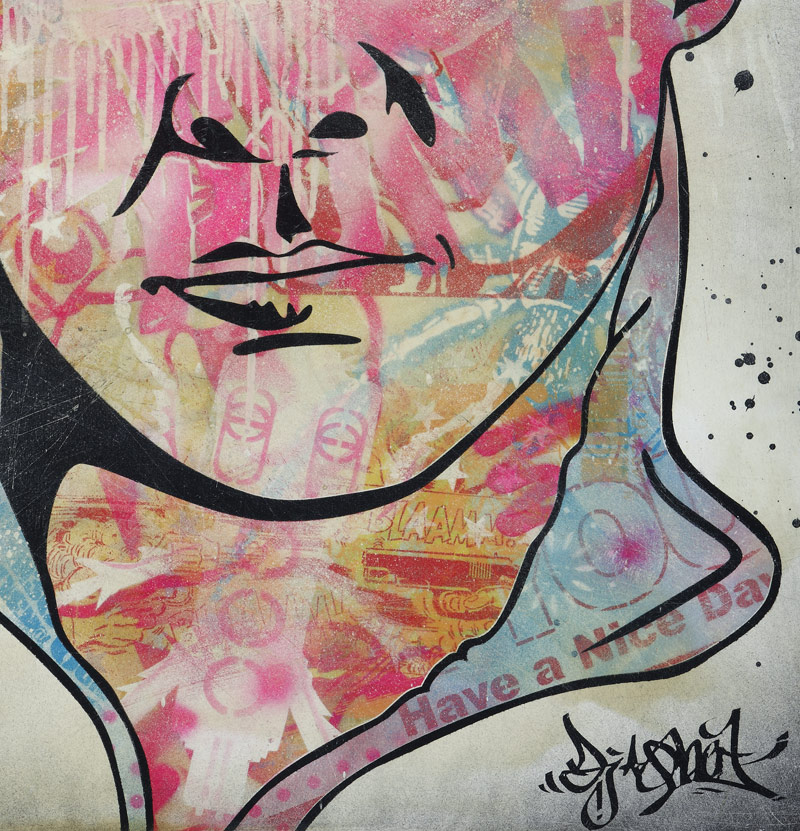 
Canadian artist Denial and Australian born Ben Frost have joined forces in a bold exhibition of new work that explores the boundaries of appropriation, in confronting re-imaginings of our current dystopian society. "Company of Thieves" at Inner State Gallery in Detroit with special guest DJ Qbert. These self-confessed ‘visual thieves have a long history of stealing and subverting the cultural icons that the advertising and consumerist world has thrust upon us, creating new and pertinent interpretations that are as confronting as they are humorous. This collaboration with DJ Qbert carries on with this theme as all 3 artists join together as a Company of Thieves, sampling and remixing to create something entirely new.

This RUN comes signed and numbered by Ben Frost, Denial, DJ Qbert and includes a Letter of Provenance from Inner State Gallery.


DENIAL, or “[email protected]” is a Canadian graffiti and mixed-media artist. His moniker by definition, pokes fun at modern advertising, politics, and media messages that society is often “in denial” about. DENIAL is known for his prolific guerrilla-marketing campaign, which takes public aim at ideas involving social-justice, pop-culture, mass-media, and “New World Order” conspiracy theories. With over 500,000 of his adhesive logos displayed in public places around the world, the DENIAL PROJECT has become a conceptual piece of marketing absurdism. DENIAL intends to challenge traditional ideas about graffiti and public art, as well as the excessive corporate use of public space.

Richard Quitevis was born October 7, 1969, in San Francisco, California. Known by his stage name DJ Qbert or Grandmixer Qbert, is a Filipino-American Turntablist and composer. He grew up in the golden age of the San Francisco Bay Area DJ battle scene of the late 1980's. Battling and training in the artform is what sets DJ Qbert apart from the rest. He is relentless in unlocking the sounds and systems of scratching. It is Qbert who is credited for championing the turntable as a musical instrument. He is often referred to as the Jimi Hendrix of the turntables, known to make them sing in complex and unimaginable ways. He has invented the most scratching techniques and musical innovations than any DJ in history. QBert is credited for being the world ambassador of the DJ as a musician and turning the turntable into a respected musical instrument.