Appreciate The Beauty In The Ordinary

SOLD OUT
Favorite
IN THIS COLLECTION:
Crooked Mouse
6 Artworks0 Available 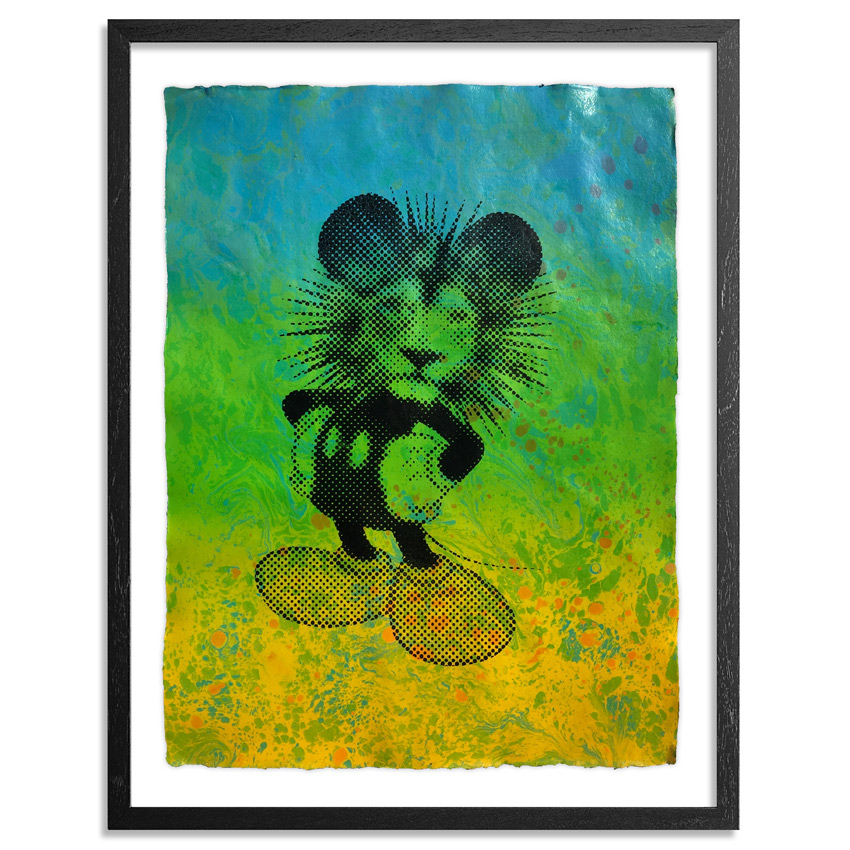 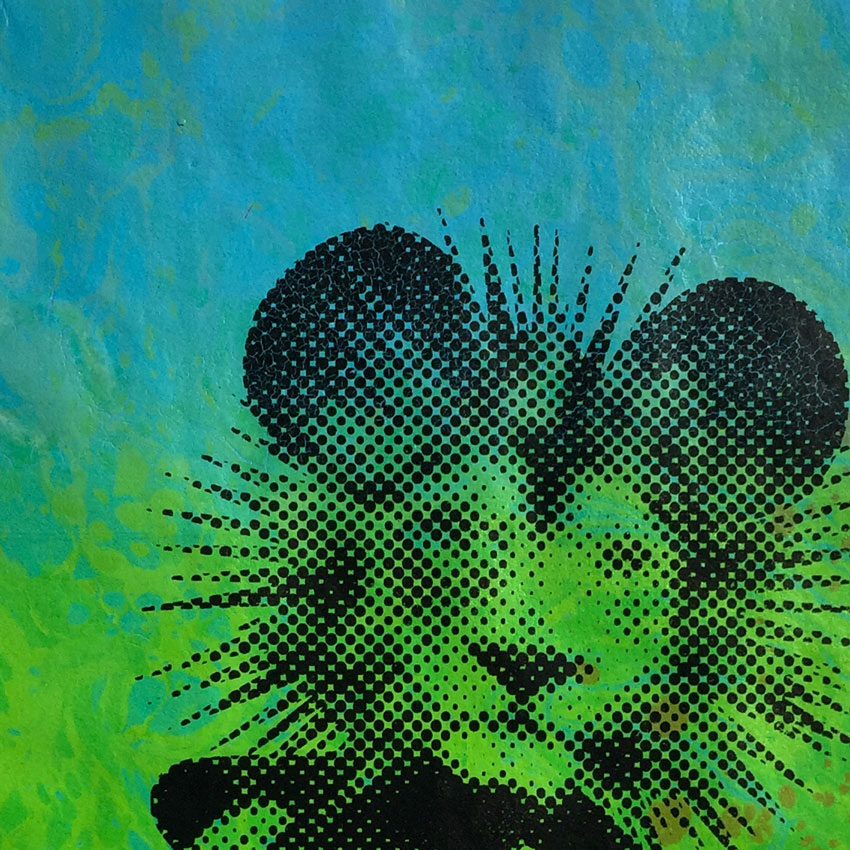 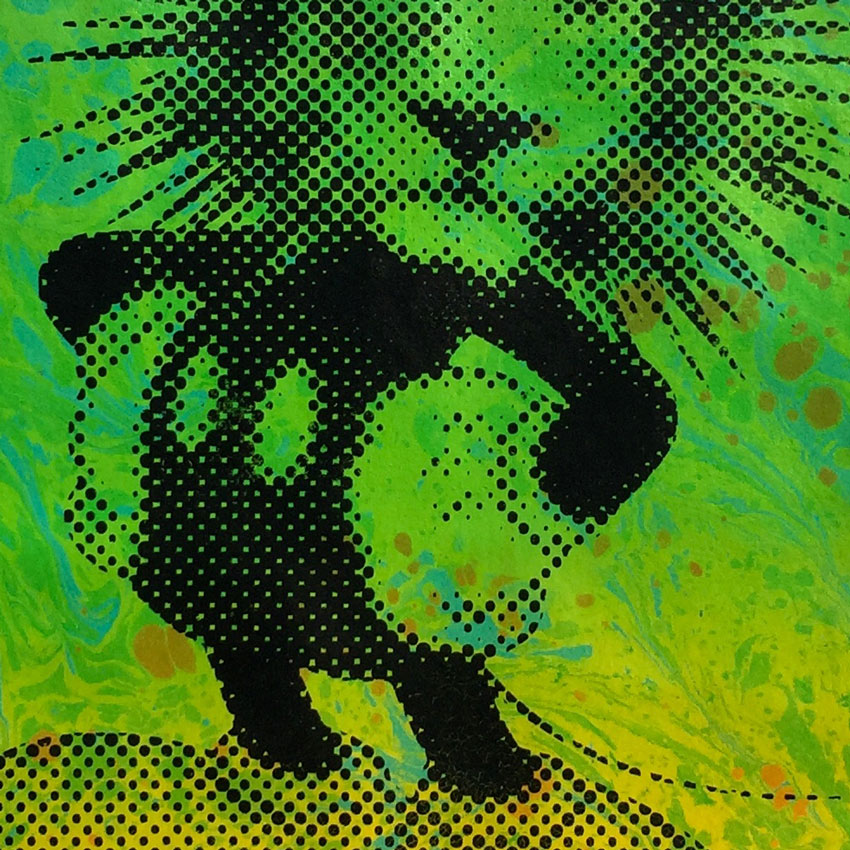 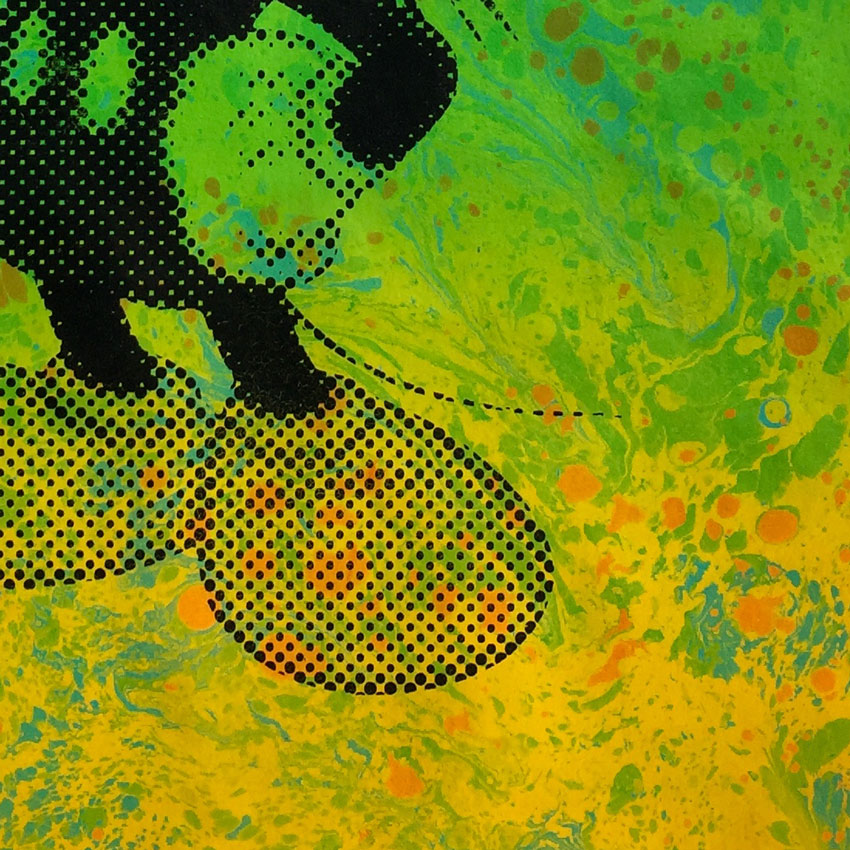 
This series incorporates my history with Crooked Mane while also interweaving my personal interpretation of popular iconic images – more specifically, Crooked Mouse. I chose Crooked Mouse to be the focal point of my series as an effort to have the viewer develop an inner connection with a piece of contemporary art, that may not be seen as having depth when first taking it in. These characters I have re imagined are visuals that most people of Western culture can relate to, and will most likely have childhood associations with. As we all see these characters as figures in our own personal lives, I have decided to depict them as such; and to no longer see each character as the rest of the world sees them. Crooked Mouse interweaves my personal identity as a Leo with this world famous children’s character that is highly recognizable.

My process for creating this hand-painted multiple medium is quite unconventional and unique to my own developed style. I begin with using triple gesso prime on one of a kind hand-made paper. Then I apply the signature Crooked Mane stencil to create a vibrant background. Once the stencil is used, I utilize a technique that I created called Realfake, which is similar to Japanese Water Marbling, but with my own personal spin. Once the base is ready, I begin my work on the focal point: Crooked Mouse. I delicately hand-pull a screen print of my newly re imagined character, thus unifying the piece with both Leo and western culturalural aspects. To finalize each piece, I sign and date on the piece’s posterior, specifically on the verso. The Crooked Mouse has become a signature piece of mine, and each freshly unique body of work I create inhabits my sense of vibrant familial connections with my intrigue for imagination." - Cantstopgoodboy

This RUN is signed and dated by Cantstopgoodboy and comes with an Original Artwork Letter of Provenance from 1xRUN.

MORE
ABOUT Cantstopgoodboy:
Although only 23 years old, CANTSTOPGOODBOY (CSGB), is quickly making his mark in the contemporary art world. A native of Southern California, he was introduced to the world of art at an early age by his mother, a professional art restorer. His talents were recognized early but school would not prove to be the environment in which he would flourish. In high school, CANTSTOPGOODBOY was discouraged by a short-sighted art teacher, resulting in a four year hiatus.

With no formal training, he rediscovered his love for art during his freshman year of college where he became inspired both by the prominence of street art and by an art professor who quickly recognized his abilities. After one semester he transferred to the University of Colorado at Boulder, where he took general studies classes while his art was sidelined as a hobby. It only took one semester at Boulder for CANTSTOPGOODBOY to realize that creating art, and not academics, is his true passion.

With a meticulous attention to detail, utilizing mixed media (vintage comics) and various other techniques which he has coined the term “RealFake.”

MORE
MORE FROM Cantstopgoodboy
SOLD OUT
Run of 1
Favorite 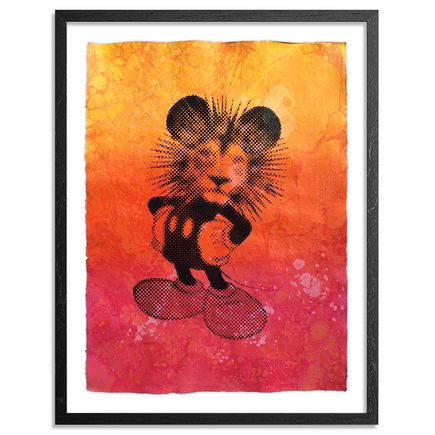 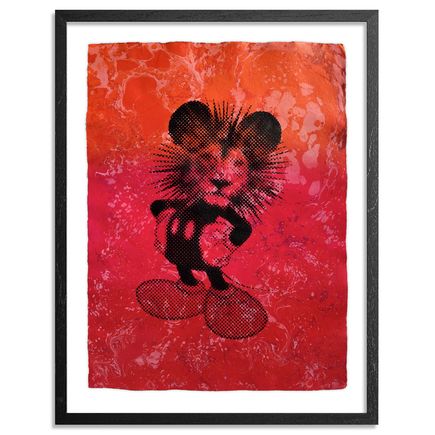 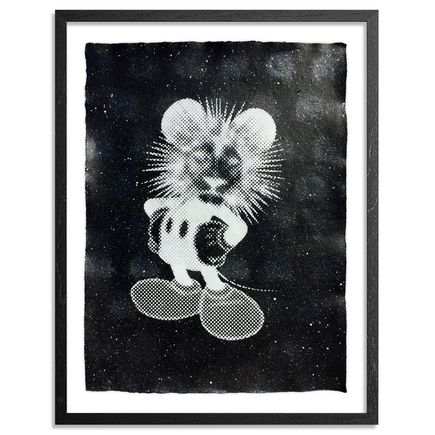 Cantstopgoodboy
Nothing Is Invisible...
SOLD OUT
Run of 1
Favorite 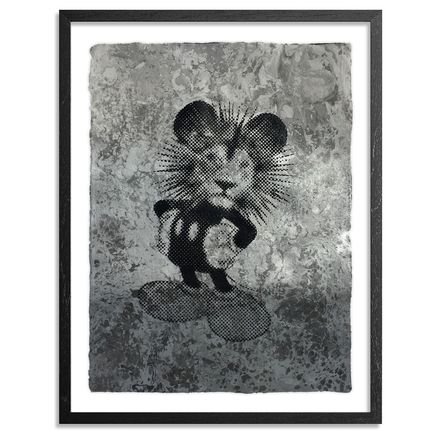