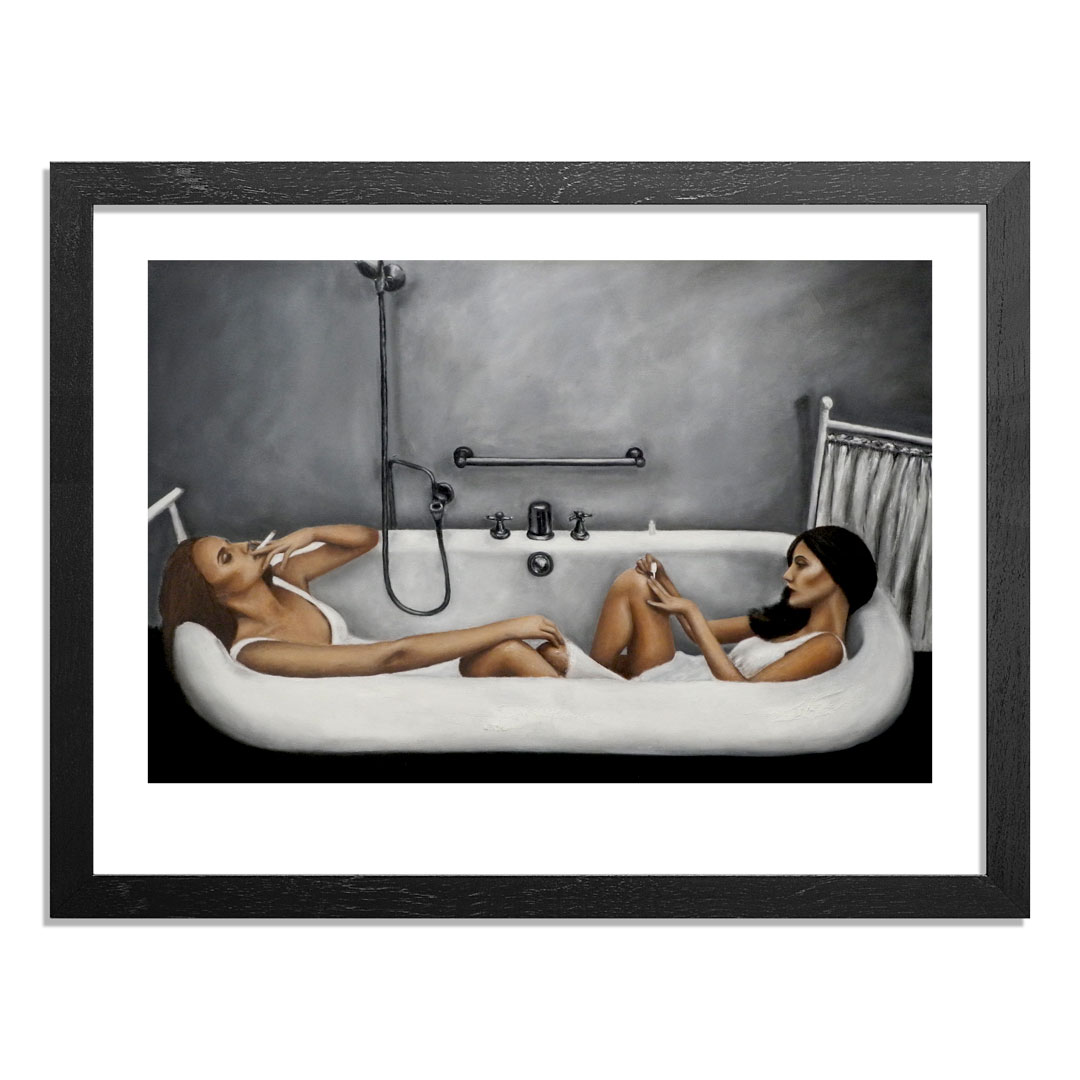 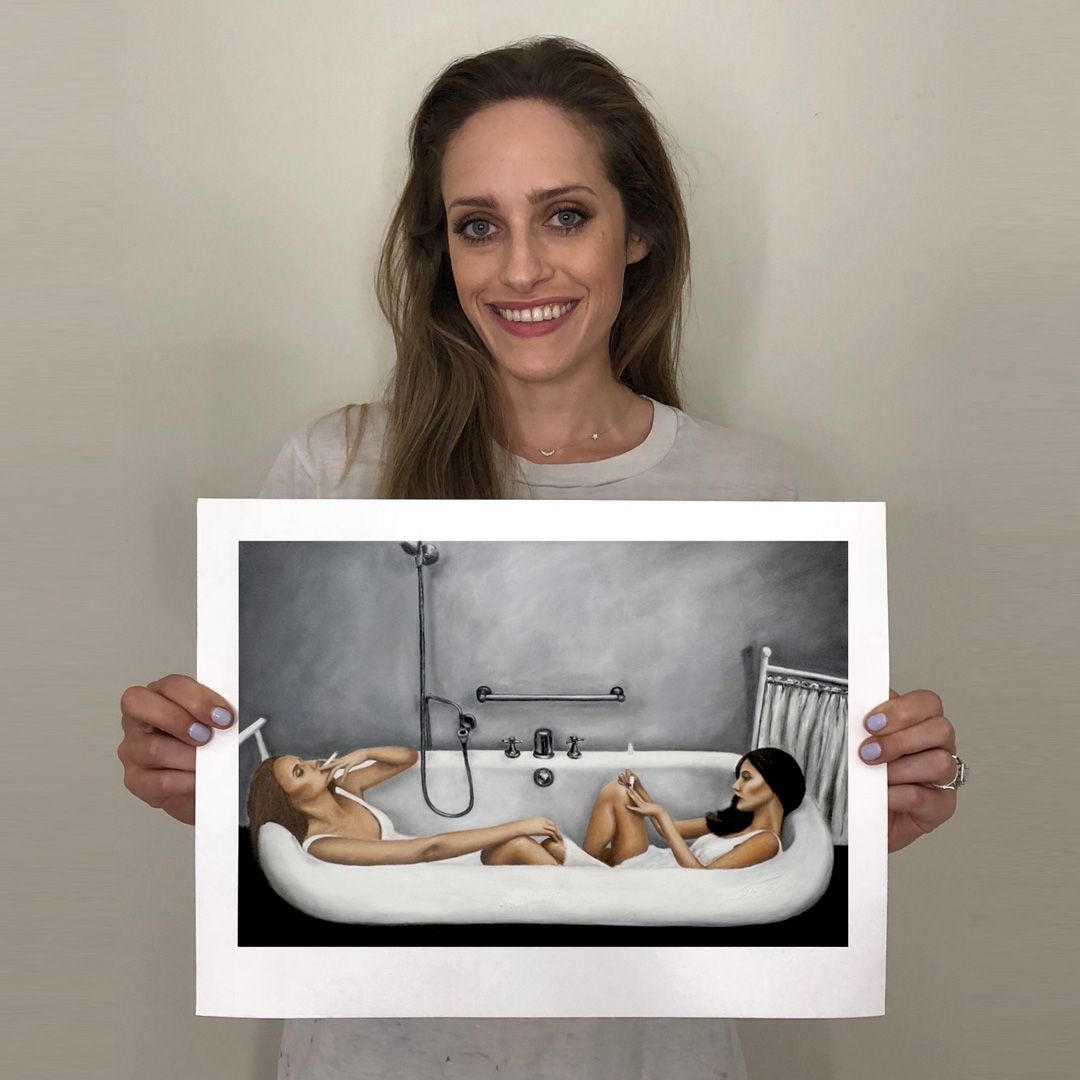 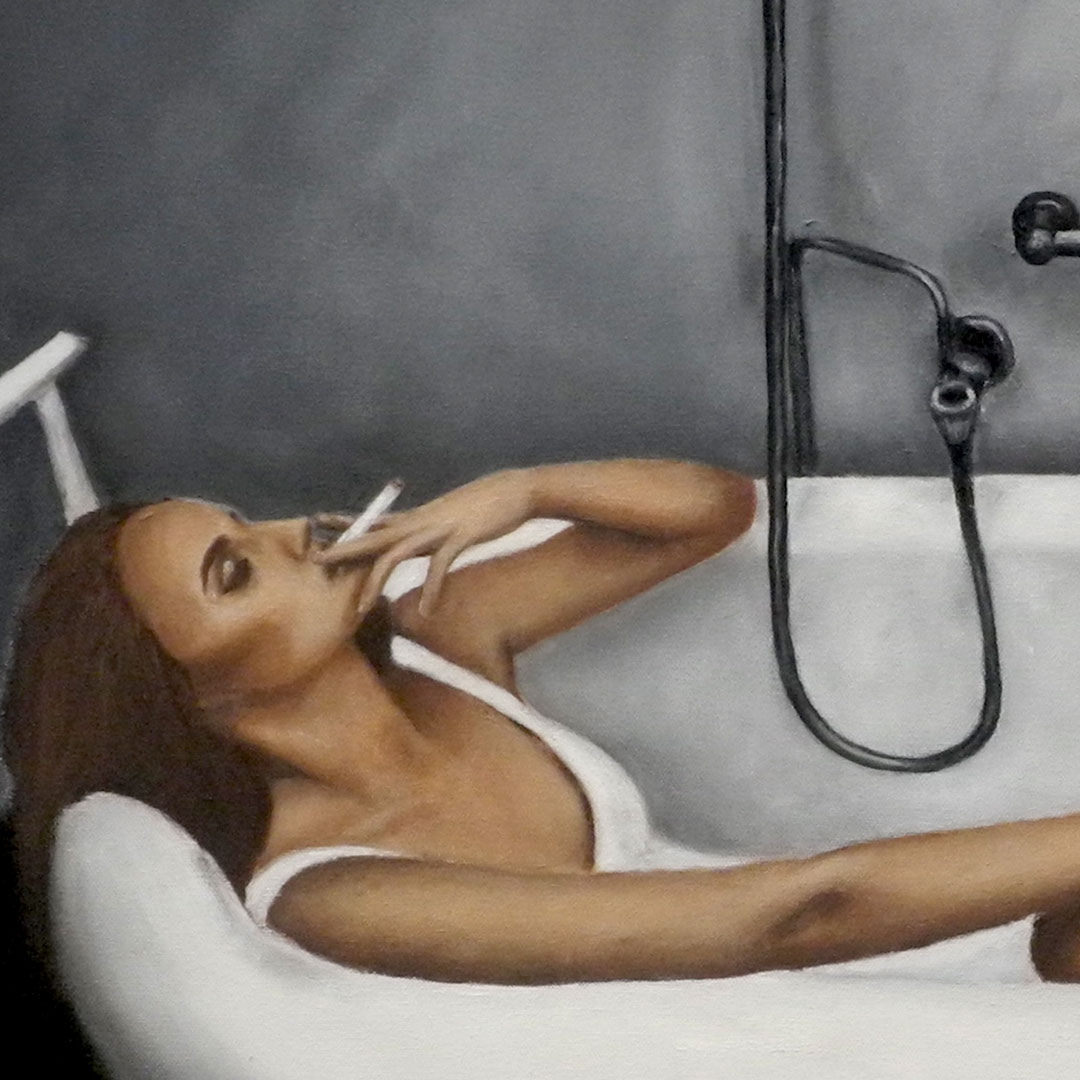 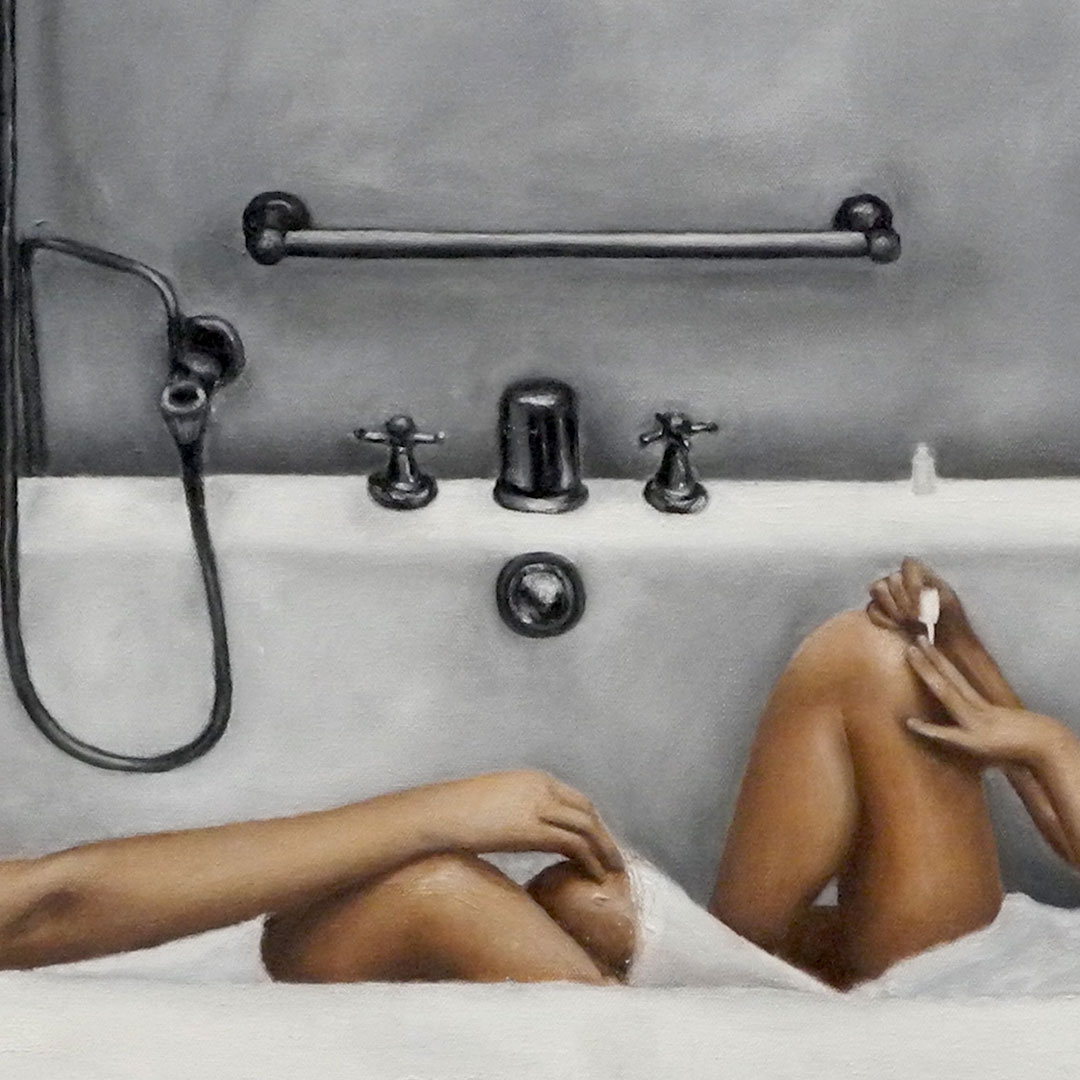 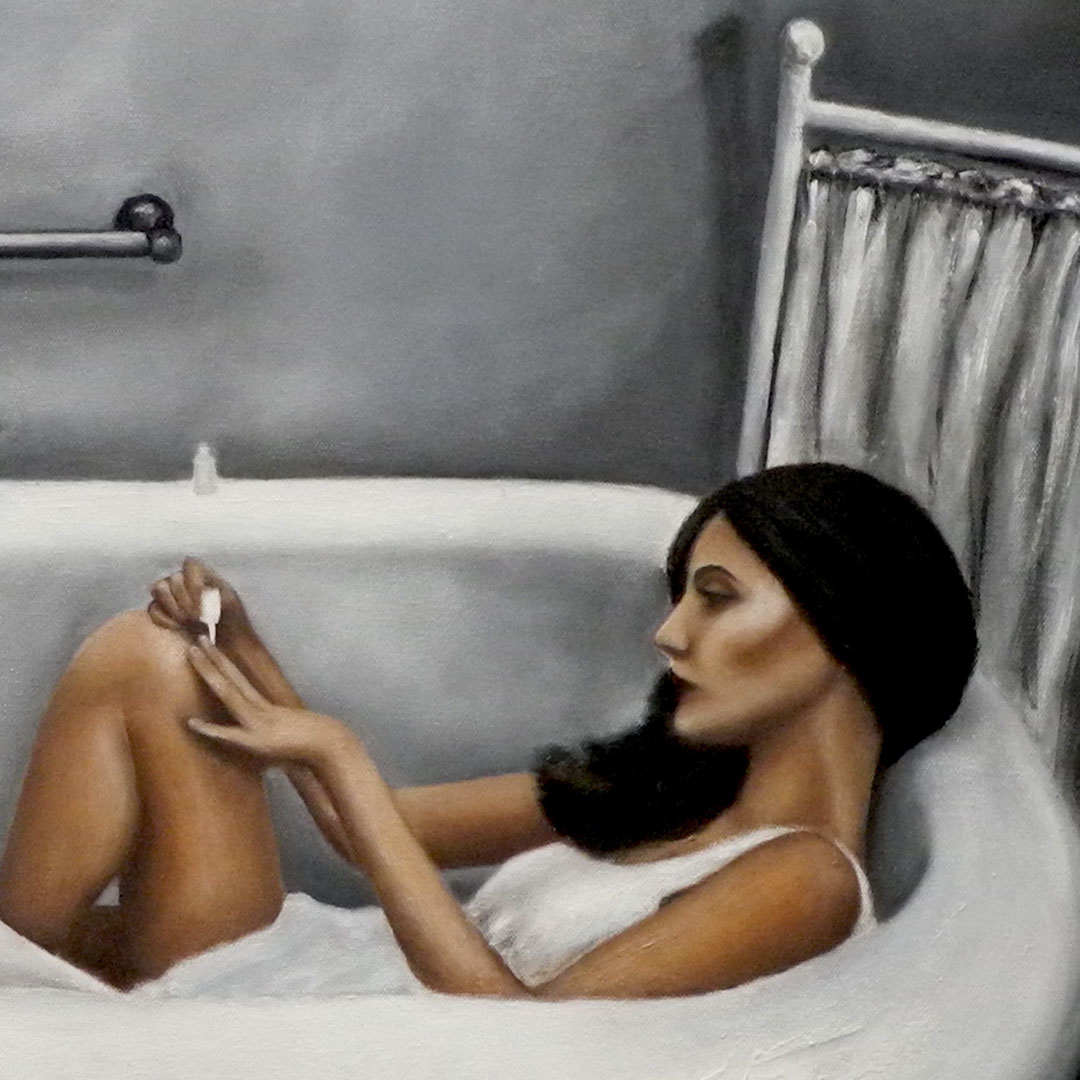 No Frame
The framing option for this RUN includes a 1 inch black wood frame with UV-glass, foam core backing and ready to hang hardware.
1
+
12
ADD TO CART
ADD TO FAVORITES
To start your favorites list
you must be a member.
Already a member? Log In
SIGN UP
Edition Size: 200
This RUN is signed, numbered and comes with a Certificate of Authenticity from Carly Chaikin and 1xRUN.
About this Art
"This has always been one of my favorite paintings because I feel like just by looking at it you can understand them. Their essence, their attitude, their boredom; their satisfaction.  This is also one the hardest paintings that I’ve done. It was hard and a little tedious trying to make sure I captured their essence and body movement to where it felt like you could walk into the room and hang out with them if you wanted to... and if they’d let you." - Carly Chaikin
Read our full interview with Carly Chaikin at News.1xRUN to find out more... 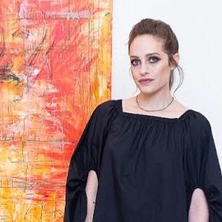 Carly Chaikin
Los Angeles, CA
To follow Carly Chaikin you must be a member.
Already a member? Log In
SIGN UP
FOLLOW
Actress, writer, producer and artist Carly Chaikin has emerged as one of Hollywood’s most promising stars, notable for her roles as ‘Darlene’ on USA’s critically acclaimed “Mr. Robot” and as ‘Dalia Royce’ on ABC’s hit show “Suburgatory”. For her work on “Suburgatory”, Chaikin was nominated for a 2013 Critics’ Choice Award for Best Supporting Actress and a 2013 Teen Choice Award.

Chaikin made her big screen debut in 2010 in “The Last Song,” starring alongside Greg Kinnear, Kelly Preston, Liam Hemsworth and Miley Cyrus.

Additionally, Chaikin is an accomplished artist and can often be found in her Los Angeles studio. She had her first solo art show in 2014 and in 2018 had her first solo exhibition titled NOUN. Her work has been featured by the New York Times, The Hollywood Reporter, Marie Claire, Nylon magazine and on Rachael Ray and the Harry Cornick Jr show amongst many others. In 2016, Chaikin's painting of the F-Society mask was reproduced and sold on t-shirts, backpacks, coffee mugs as well as other merchandise. 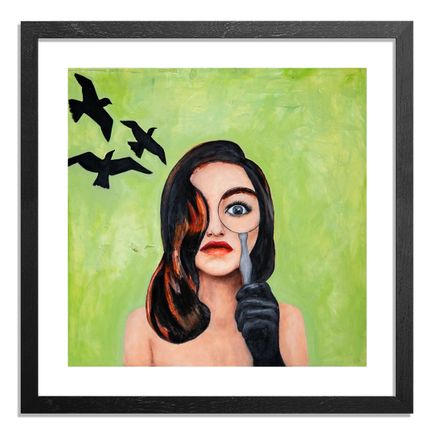