SOLD OUT
Favorite
IN THIS COLLECTION:
The Covid Collection
7 Artworks1 Available 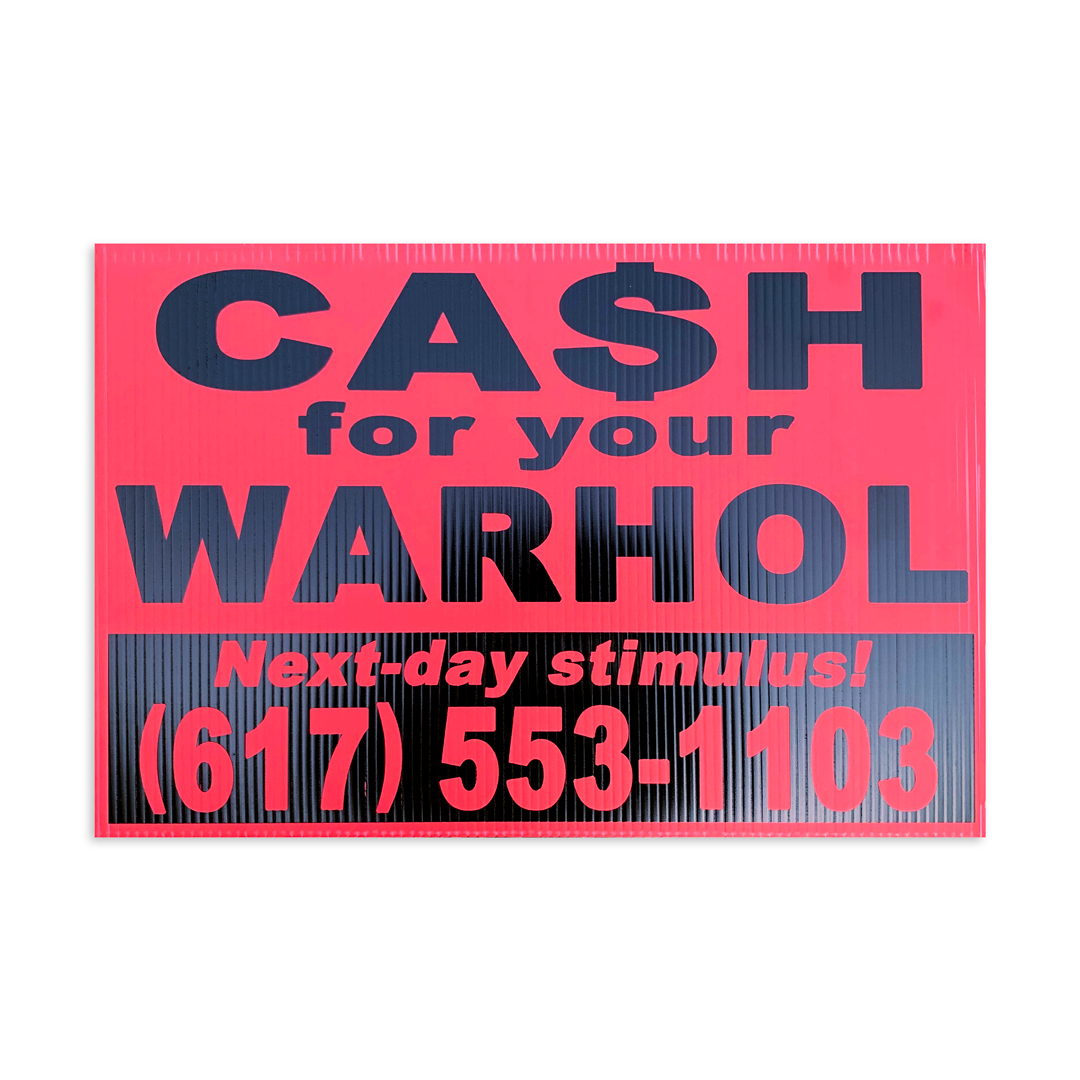 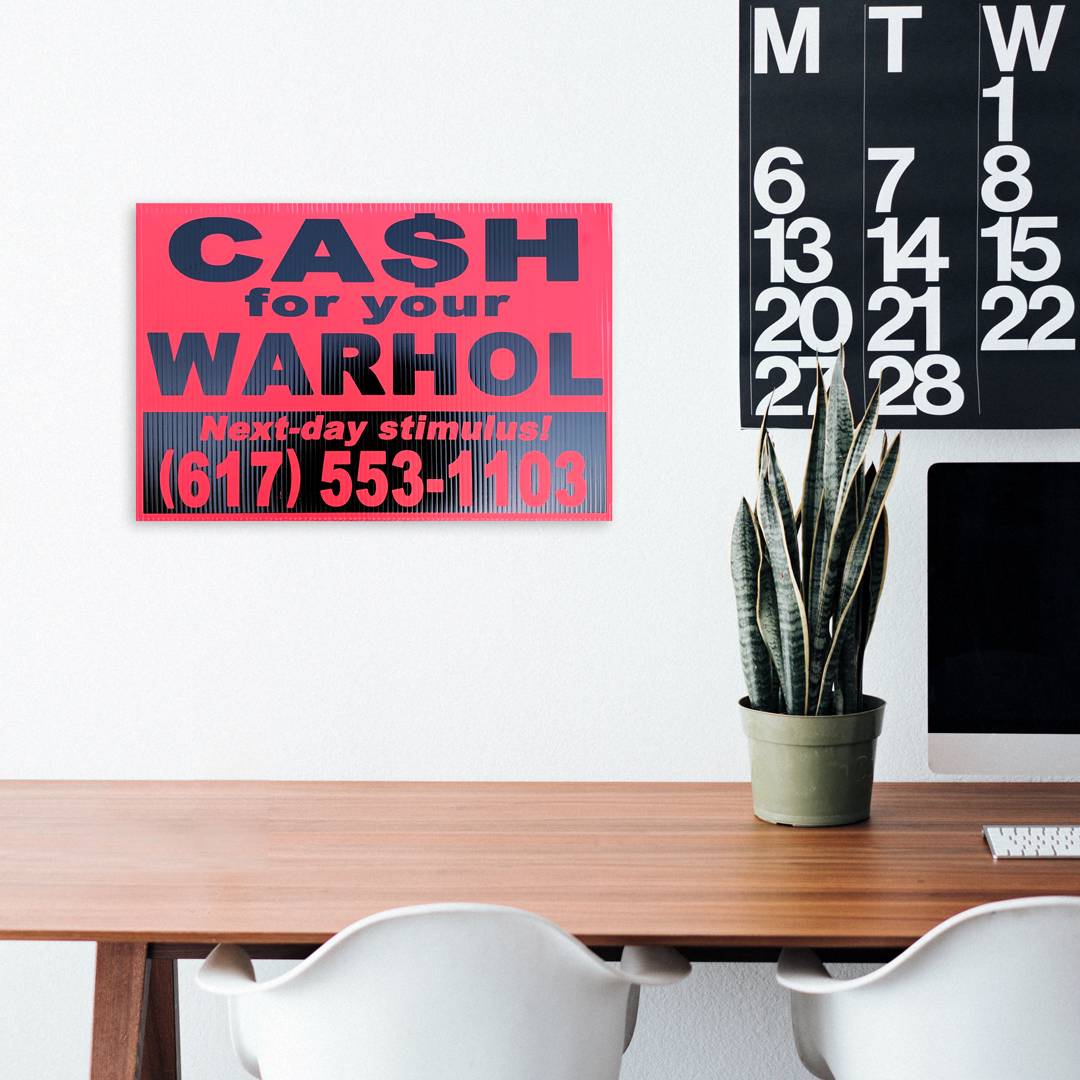 ABOUT THIS ART:
A portion of the profit from this release will be given to ACLU and NAACP Legal Fund.
“The CFYW series started in the middle of the Global Financial Crisis in 2009. Given this new and broader crisis we have been enduring, our 'business' seems as relevant as then. The six signs from 'CFYW-19' intend to timestamp the ways in which we have been adapting to the COVID era.
"The signs in Spanish are all unique due to the way in which the ink was handled when they were printed.” – Cash For Your Warhol
MORE
ABOUT Cash For Your Warhol:
Cash For Your Warhol is an art project created by Geoff Hargadon, created in the midst of the most recent financial crisis. In 2011 it was featured by Société Perrier at Pulse Miami, and highlighted on opening night at Moniker Art Fair in London. The work has since been developed in various media, including Coroplast, plaques, screenprints, stickers, audio, billboards, and photography. CFYW has been collected widely by collectors and institutions such as the Andy Warhol Museum, MIT List Visual Arts Center, and Cornell Fine Arts Museum at Rollins College. 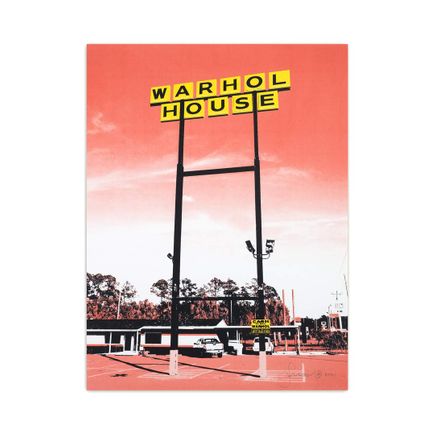 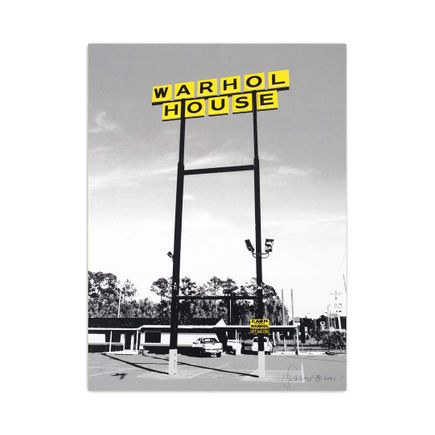 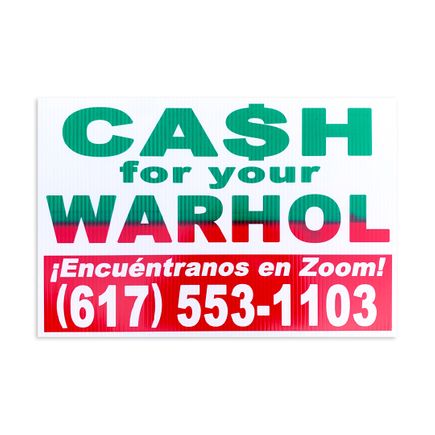 Cash For Your Warhol
Business Is the Best Art. - Variant II
$150
Favorite 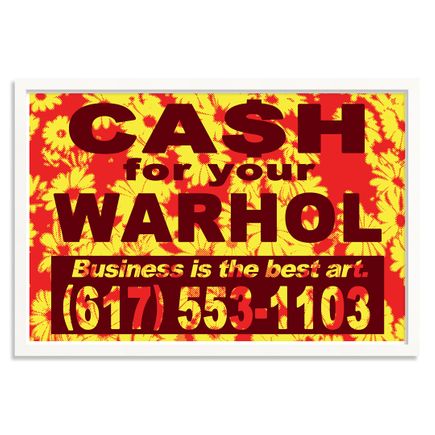 Cash For Your Warhol
Business Is the Best Art. - Variant I
$175
Run of 50
Favorite