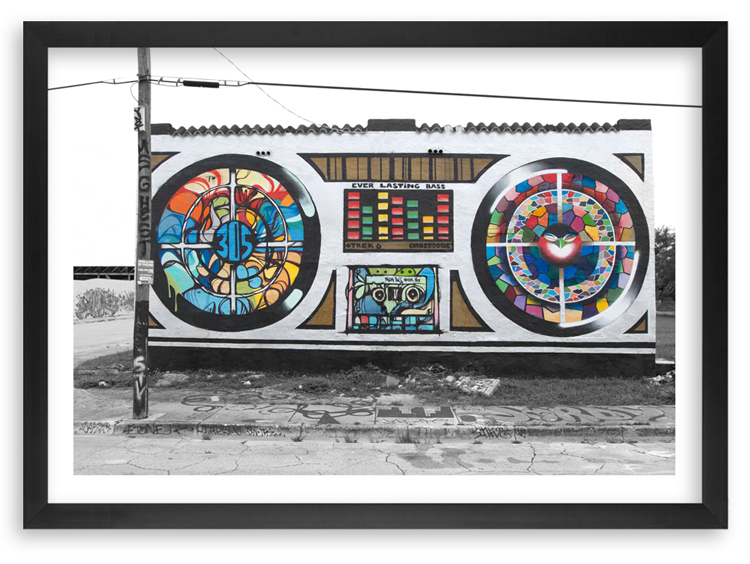 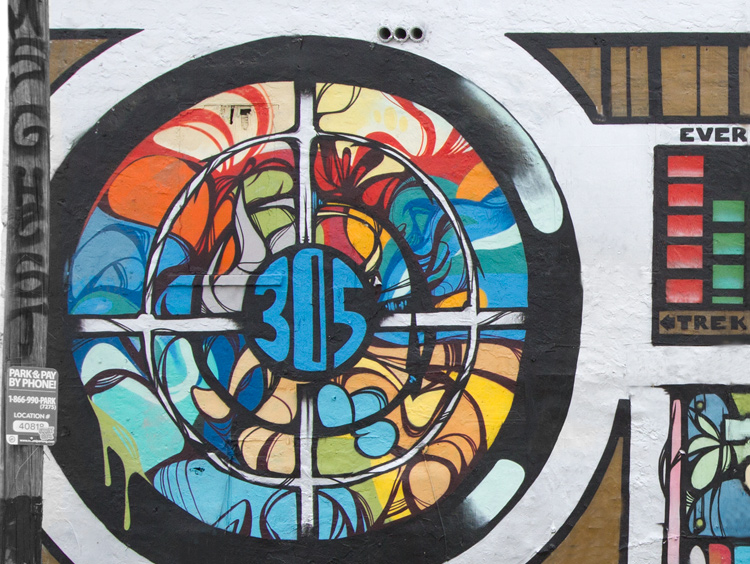 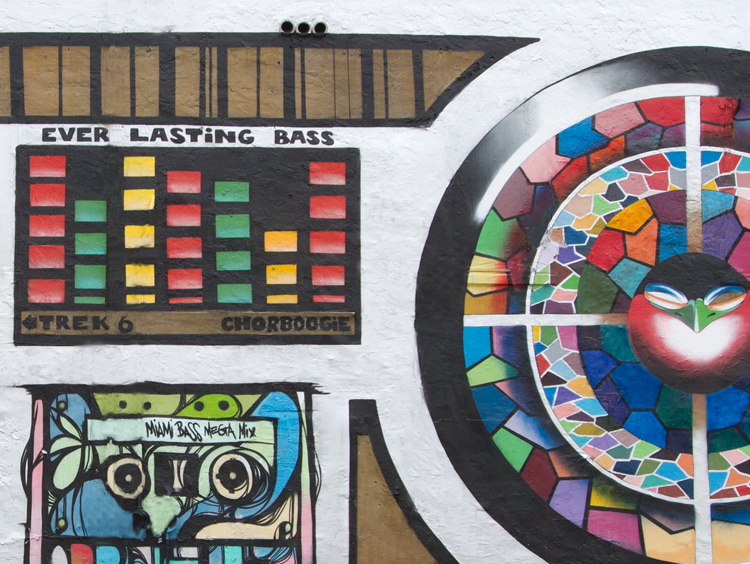 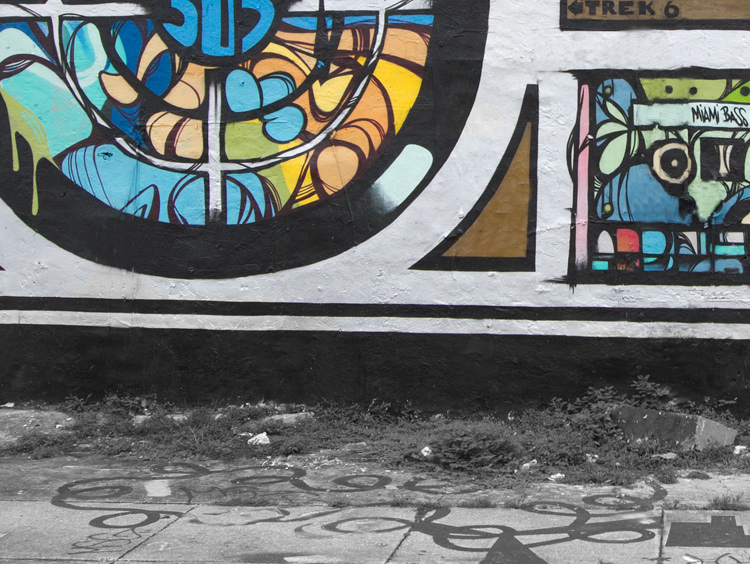 "This piece has been a real special work; the city of Miami really has embraced it as a landmark of a community that is internationally known for art. It has been in everything from rap videos, VH1 and Miami Heat Lebron James commercial. It is a recognized place to visit by the city, but the building is falling apart and it's future is uncertain." - Trek6

"This piece is located in the great Wynwood district. Basically it’s a collaborative piece between me and my boy TREK6, and to me it’s a homage to REAL HIP HOP from the days. No matter where its at from east to west north to south...EVERLASTING BASS is self explanatory and to me is MIAMI. " - Chor Boogie
MORE
ABOUT Chor Boogie + Trek6:
Chor Boogie is an artist, a conceptual genius, a street romantic, a master of illusion and technique, Chor Boogie is an original. His works can be described as having healing effects by his unique and unmatched use of color, which brings greater meaning and understanding to his works. Every vibrant piece has a story attached to it. Chor Boogie’s colorful paintings are attracting A-list celebrities, art galleries and museums.

Find out more at http://www.chorboogie.com/

"I have always found intrigue in nonsense. The more odd or inconceivable the concept the more interesting I found it. I envision a world where the the inconceivable becomes the very drive of concept, thus giving a deeper understanding and appreciation for the real and tangible as it sits next to the absurd. This love for the weird helped by an odd sense of humor has been my muse. In works I explore ideas rooted in street art, surrealism,religion and sci-fi but I have a great love for the human condition and enjoy portraits and figure studies as well. I have been exploring these ideas visually through paint and sketching and with the aid of computers have been able to explore them in the digital realm as well. Another big influence on my work has been music, I feel that sound and color go hand in hand and I use sound often as either a driving influence on my visual concept, as seen in my live painting sessions, as imagery or literally exploring soundscapes in some of my sound installations.I use all kinds of software ranging from Adobe products to Maya, Ableton, Reaktor and Max.

I feel that the imagination is a powerful tool and I will continue to indulge in the fruits of offbeat ideas and dreams, and hope that in this exploration of my creativity and documenting my ideas in the future they could be of use and enjoyment to others." - TREK6 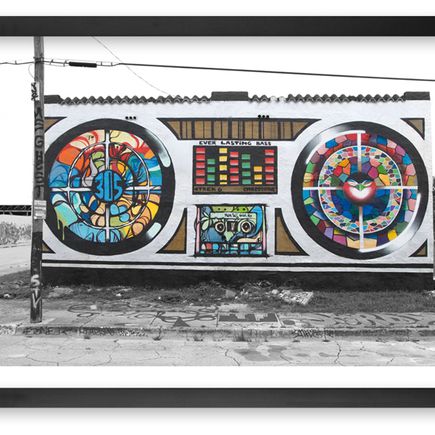