ARCHIVED
Favorite
Favorite this RUN to get notified early and never miss a future release again.
INQUIRE
IN THIS COLLECTION:
Robots Will Kill
2 Artworks0 Available
Inquire about this RUN
This art is not currently available - but if you would like to inquire further, contact us with this form or @ 313.744.6505
Sign Up for the 1XRUN Newsletter
SEND 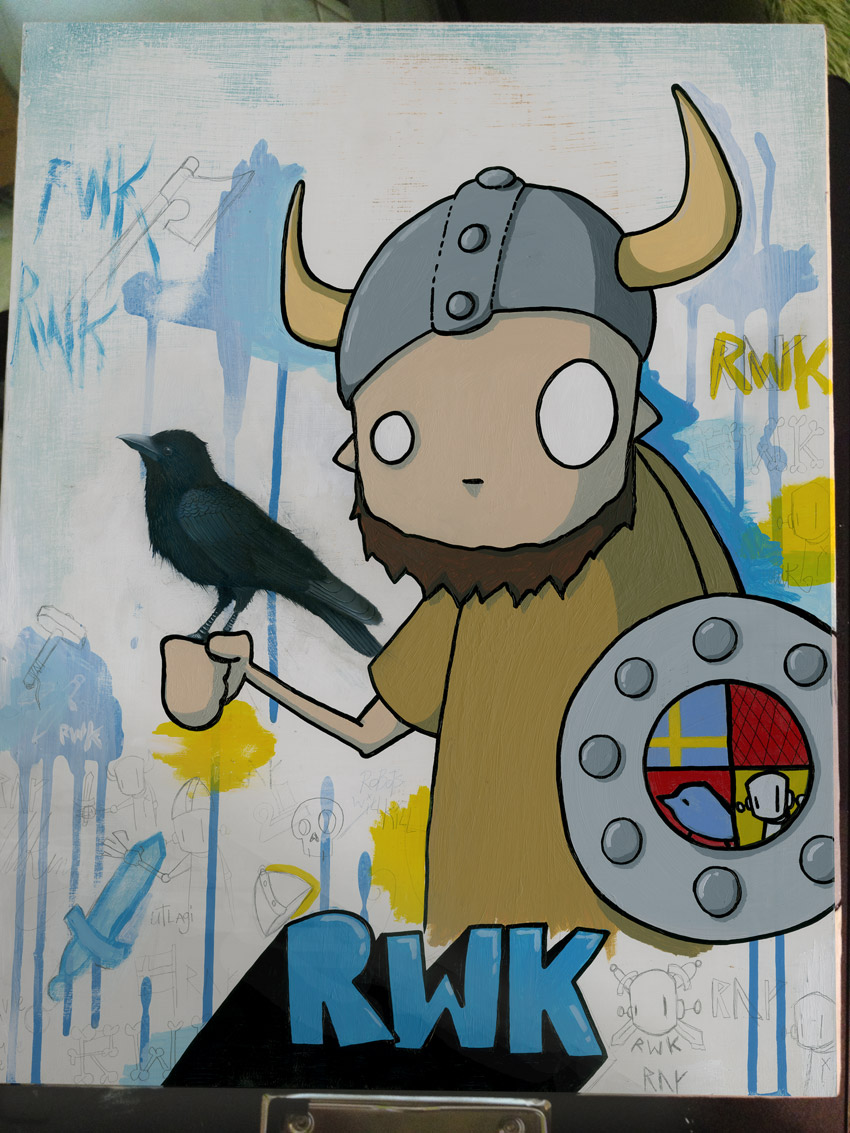 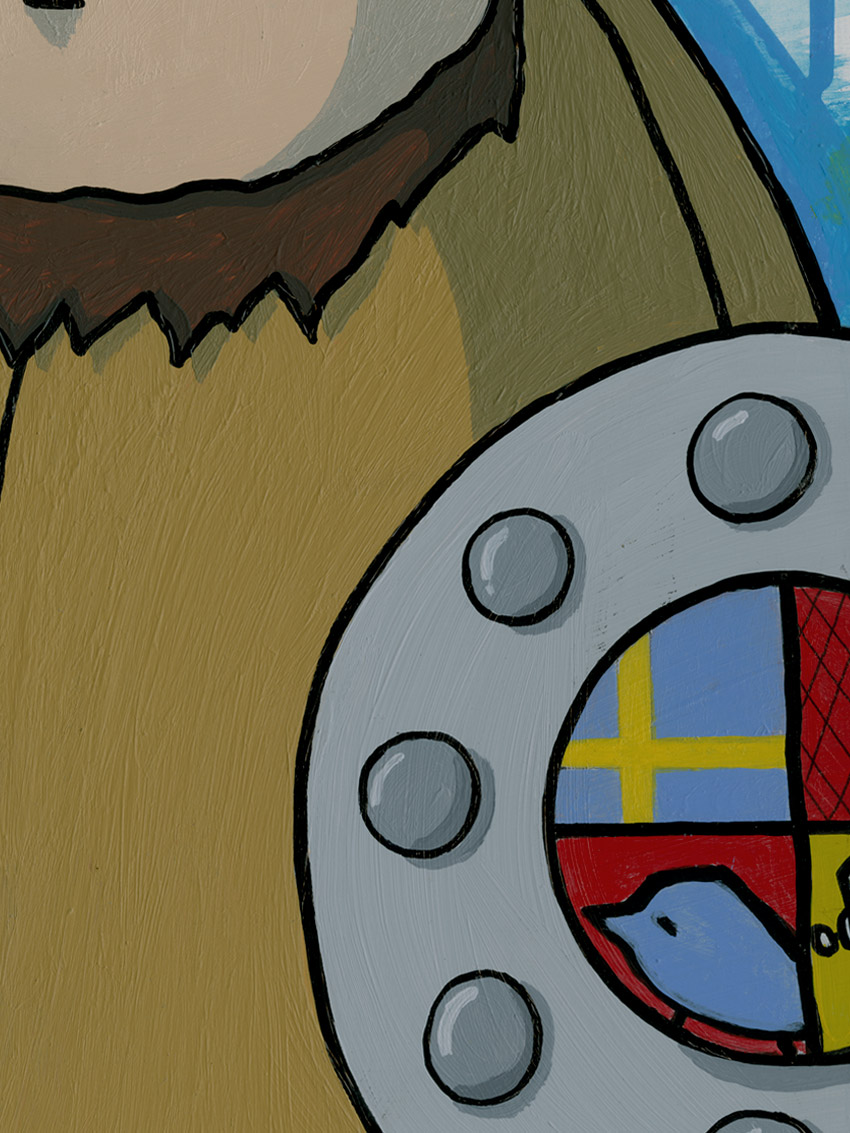 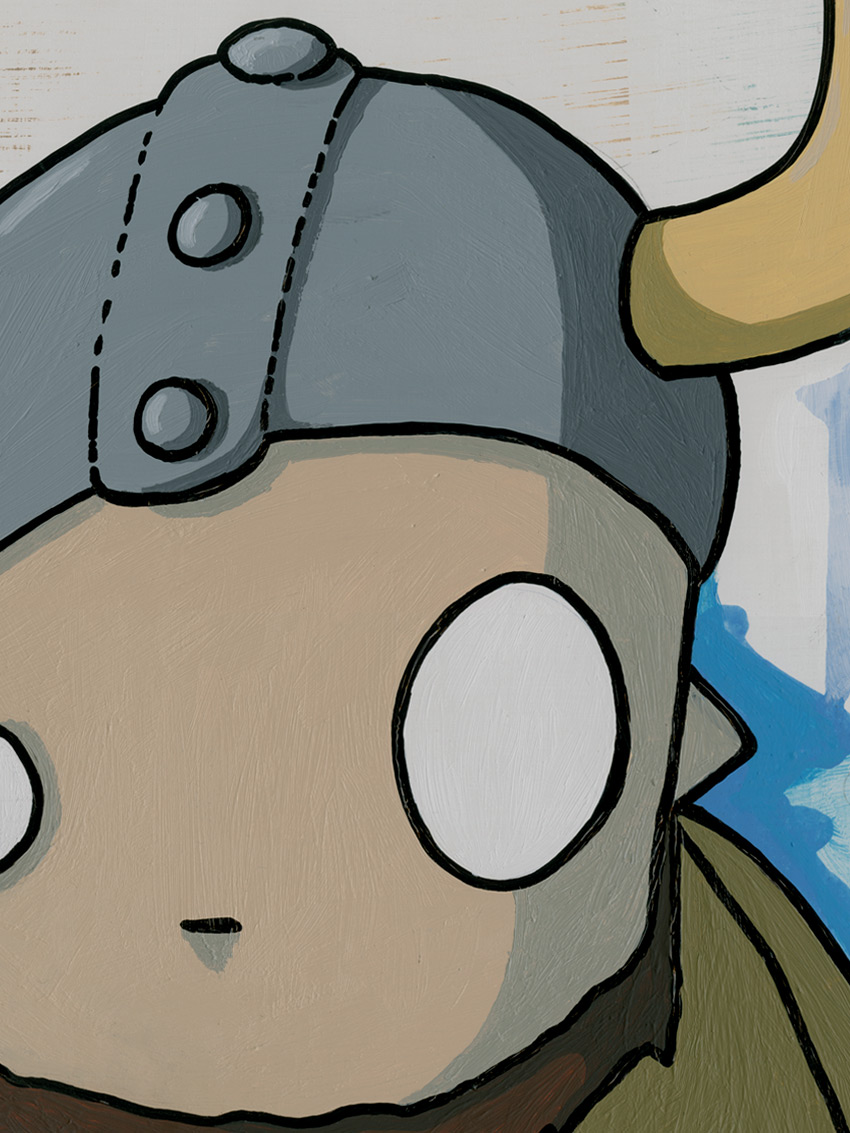 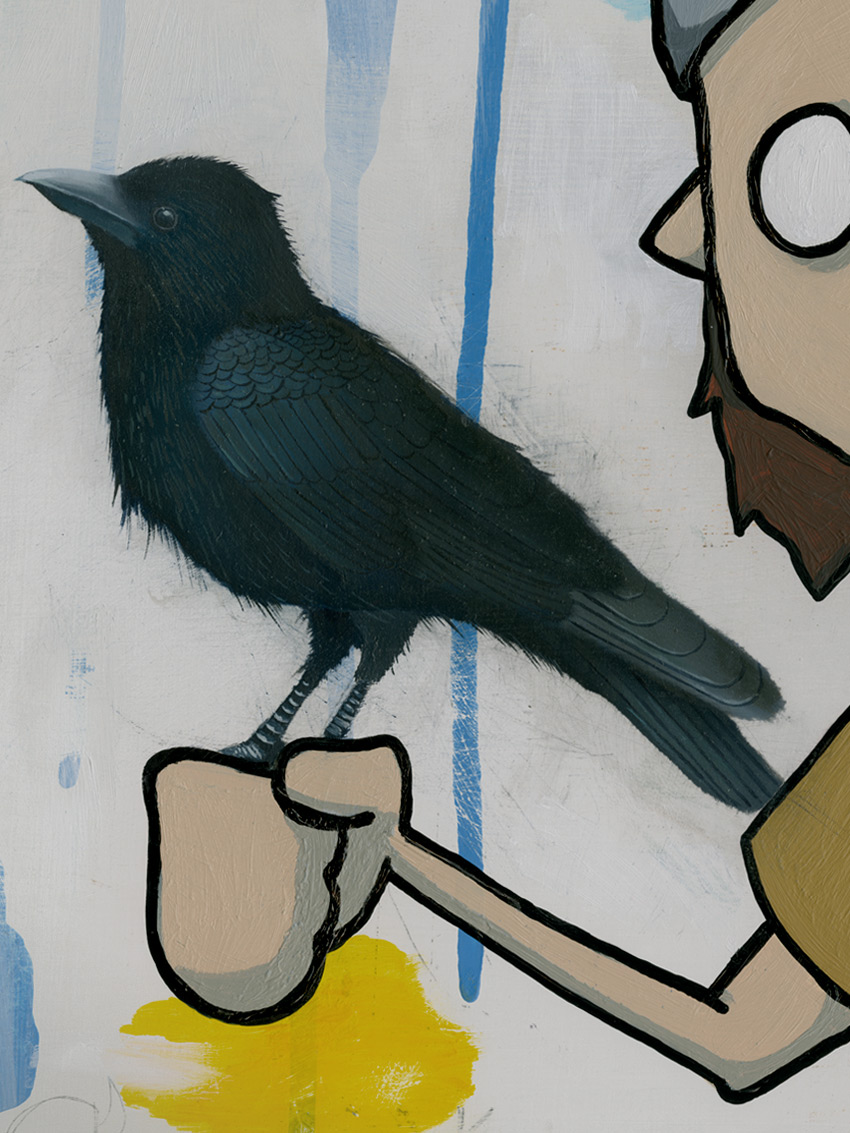 ABOUT THIS ART:
"Veng and I went back and forth with a few ideas but nothing was seaming to fit just right for the print. I have done a few Viking pieces in the past and so has Veng. I had done a sketch of a Viking holding a sword for a possible mural idea. Veng really liked it and I said what if you painted one of your detailed birds sitting on his hand instead of the sword. He was definitely into the idea and said “what about this for the print?” I painted in the background, Viking character, lettering and then handed it off to Veng. He painted the painted and then passed it back to me. I added the pencil sketches and small detail." - ChrisRWK

"It'd be important to highlight the two different style of the piece and how they work together while being totally different. This piece was created earlier this year in April of 2013, and from the idea to the sketch to the back and forth painting, I’d say this piece took about 3 weeks." - H.veng.Smith

This piece of original artwork comes signed by ChrisRWK and H.Veng.Smith and includes an Original Artwork Letter of Provenance from 1xRUN.

MORE
ABOUT ChrisRWK + H.veng.smith:
Robots Will Kill is an arts site dedicated to community and exposure for artists/media often disregarded by the mainstream art world. Set in motion in 2001, RWK is the brain-child of Chris. Rather than featuring his own work exclusively, he opened it up to allow the possibility for it to become whatever it evolved into being. At the time that this is being written, the site is showing work of over 8000 artists from around the world. With the surge of incredible art from practically all mediums coming in - the responsibilities for the various aspects of the site have been delegated to people who were involved from the very beginning. To this day RWK (Chris, kev/psyn and Veng) is hard at work recruiting Artists for the site, participating in shows and collaborative works, making sure your order gets out as quickly as robotically possible, always thinking of new ways to help the site and the project stay fresh in the face of exhaustion and complacency. As the site enters into it's ninth year, we have nothing but gratitude for the people that have helped make this all possible, our friends and families, the graff/street-art and outsider-art communities, and especially the people that keep visiting the site.

MORE
MORE FROM ChrisRWK + H.veng.smith
SOLD OUT
Run of 35
Favorite 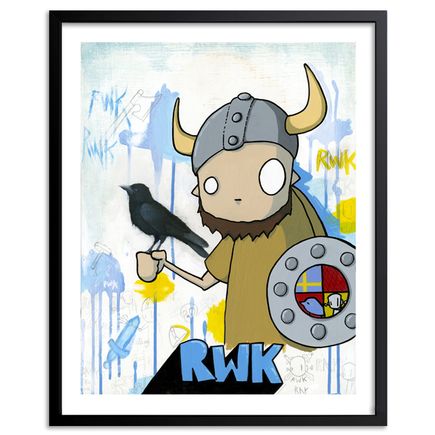