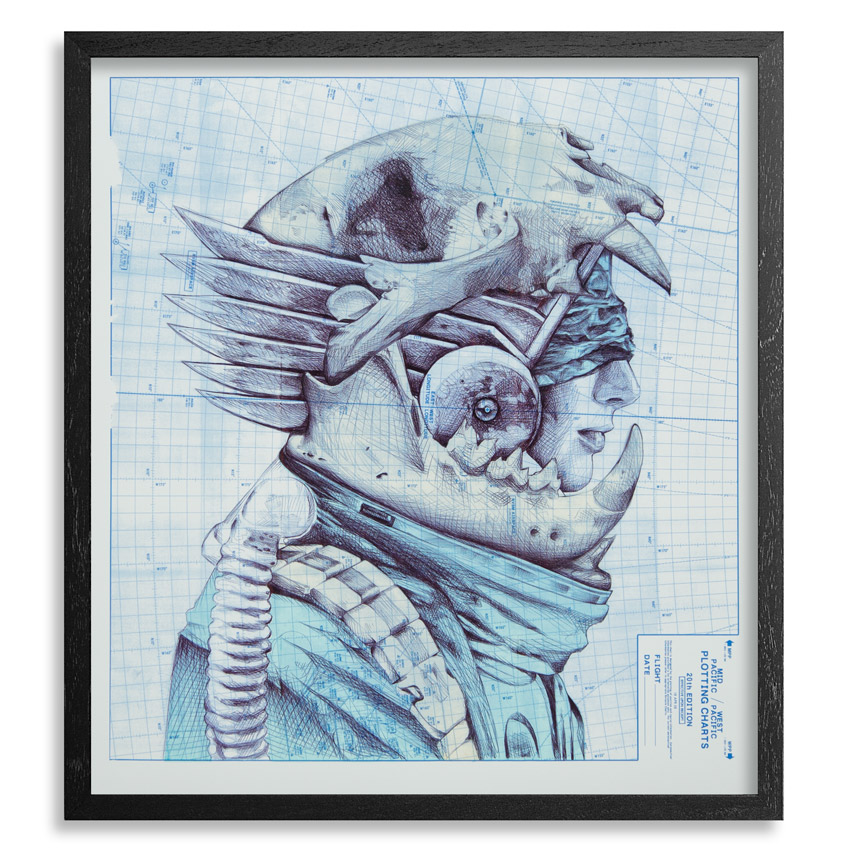 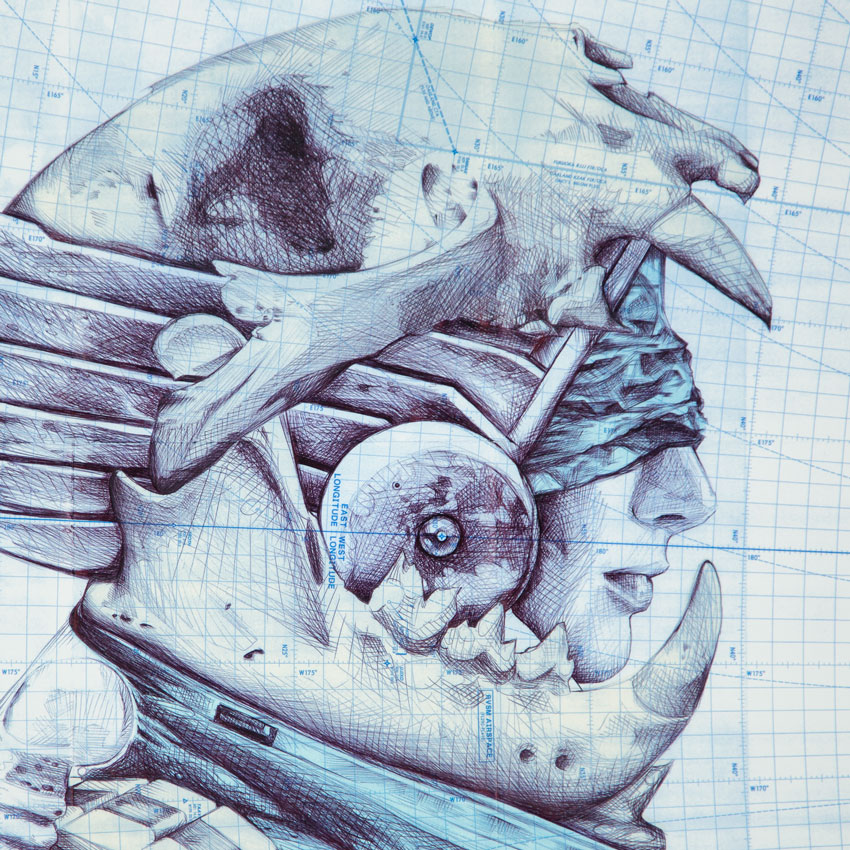 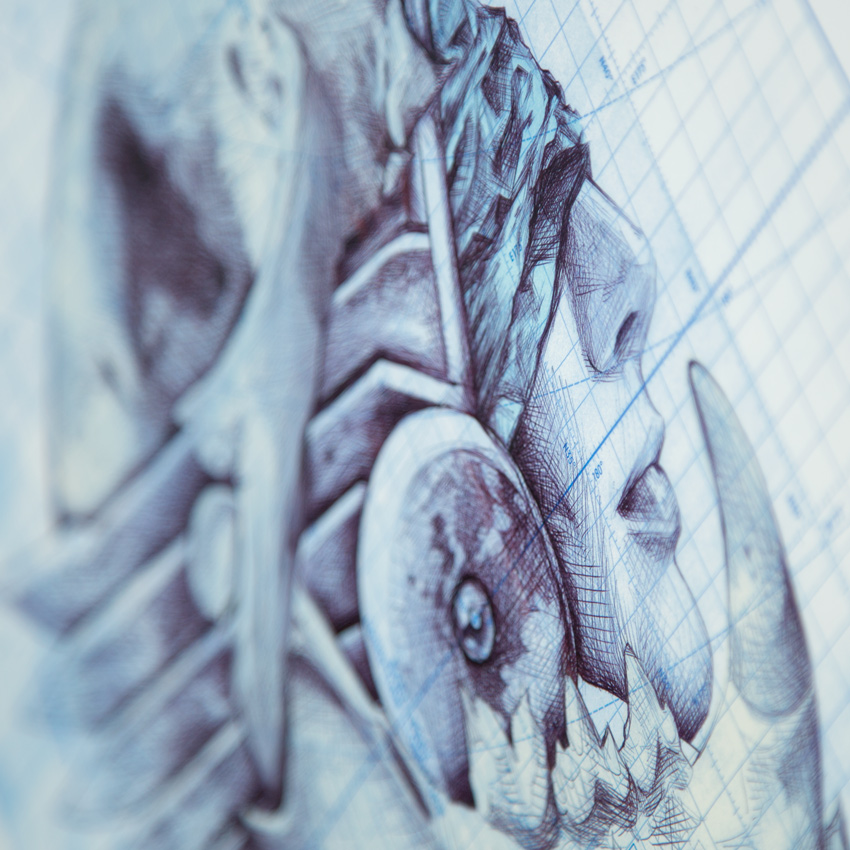 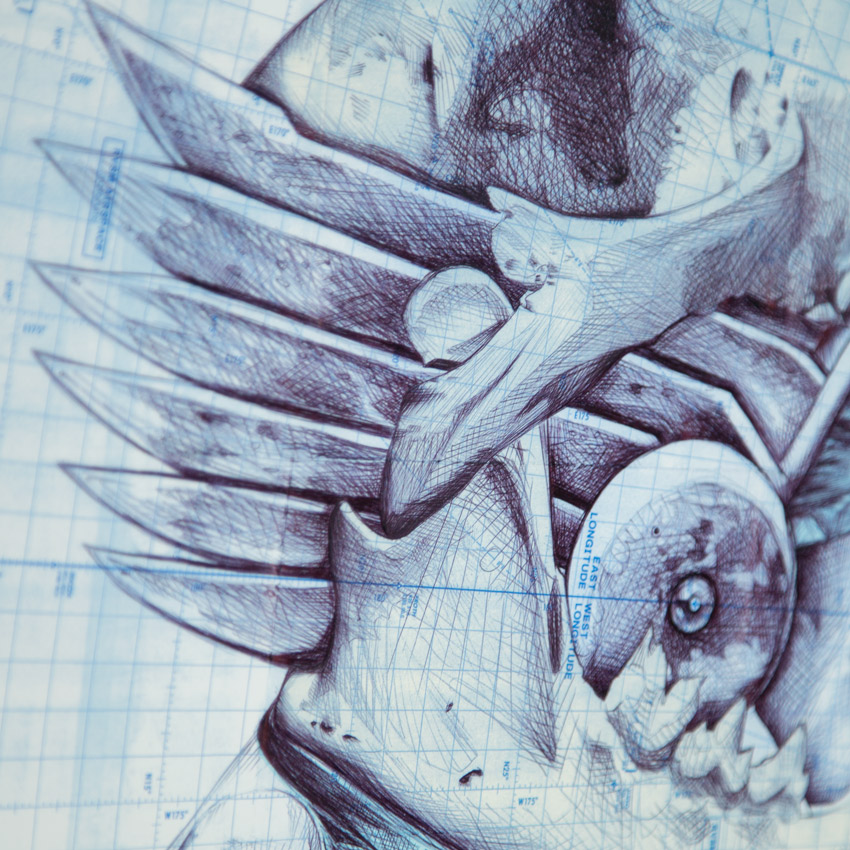 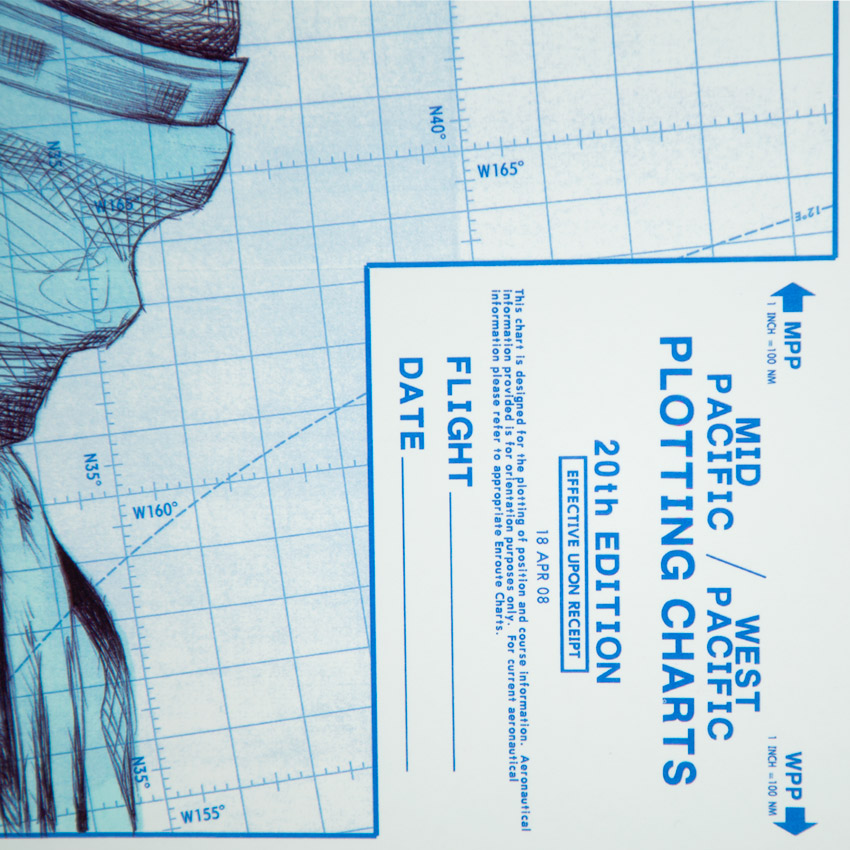 "Lokahi is a combination of elements that I’ve been playing with in my work since I was a kid. It’s a ballpoint pen drawing, using only one pen, acquired from a hotel room in Merida, Mexico. The paper-drawing surface is a dusty found object from the belly of a retired 747 airplane that currently resides in the Mojave Desert. The skull is also a found object, from the carcass of a bobcat that once hunted along the banks of the Colorado River. It is conceptually combining past/learned mythologies with future/imagined mythologies. The process is the result of a collaboration comprised of my original drawing and the screen-printing ingenuity of the brilliant scientists at 1xRUN." - Christina Angelina


MORE
ABOUT Christina Angelina:
Christina Angelina is an internationally renowned artist who was born, raised and is now based in Venice, California. Her rigorous work ethic led to the completion of 54 murals in 2014 alone.

Angelina's favorite projects typically take place in remote locations, off the beaten path. She strives to provide a source of inspiration in communities relatively untouched by art. Her interactive process engages and forms lasting relationships with locals, which she then channels into a finalized piece. A thirst for adventure keeps her on the road, traveling and working.