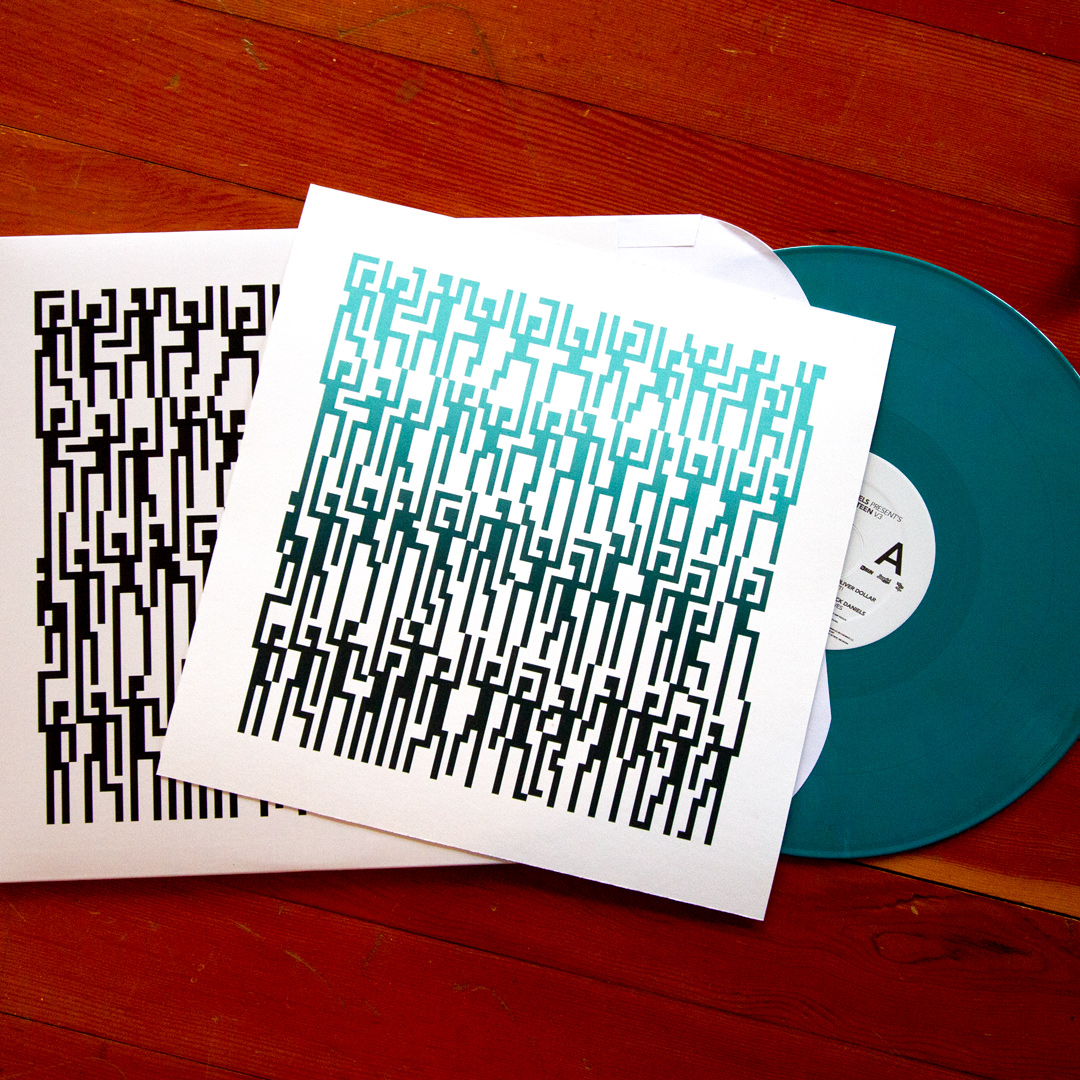 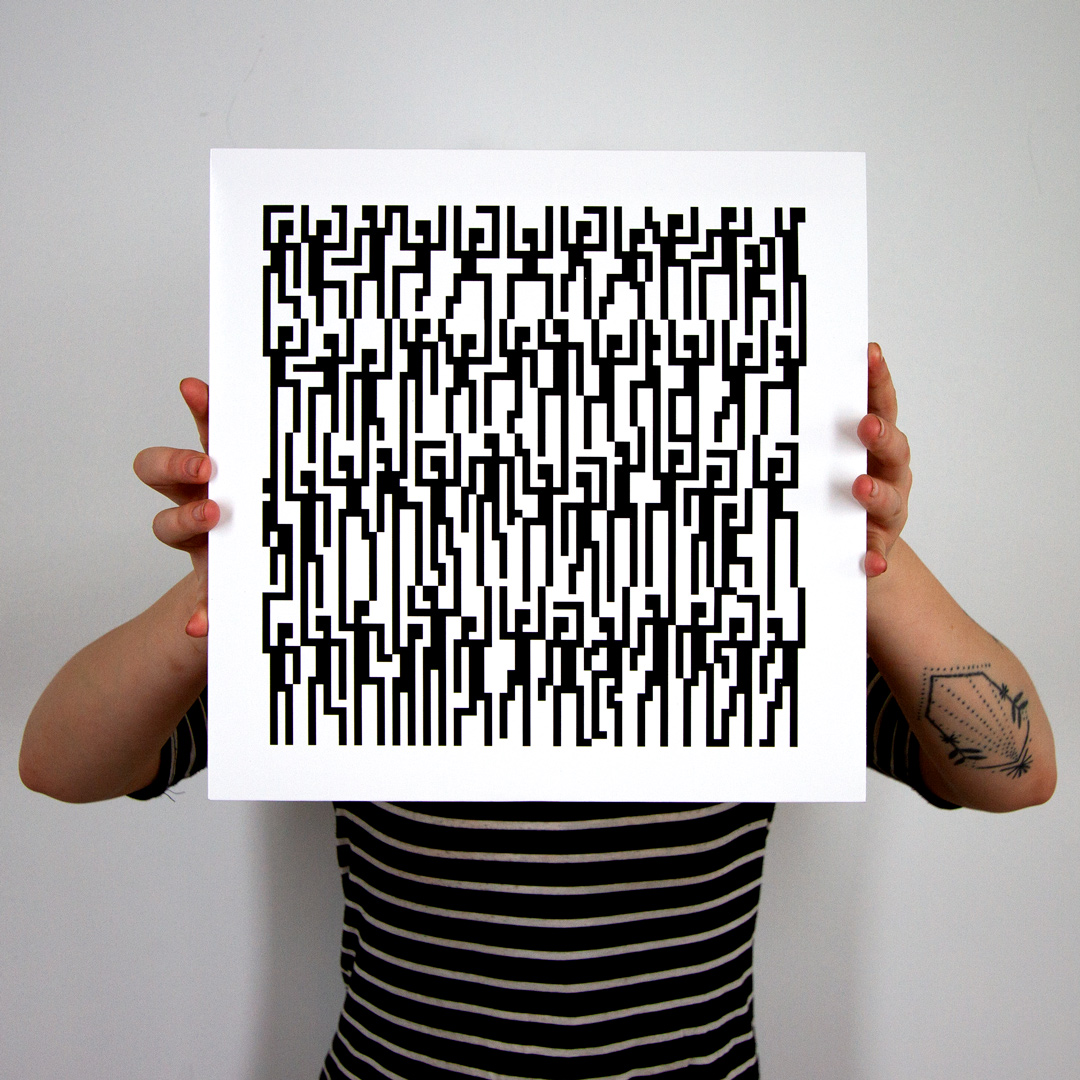 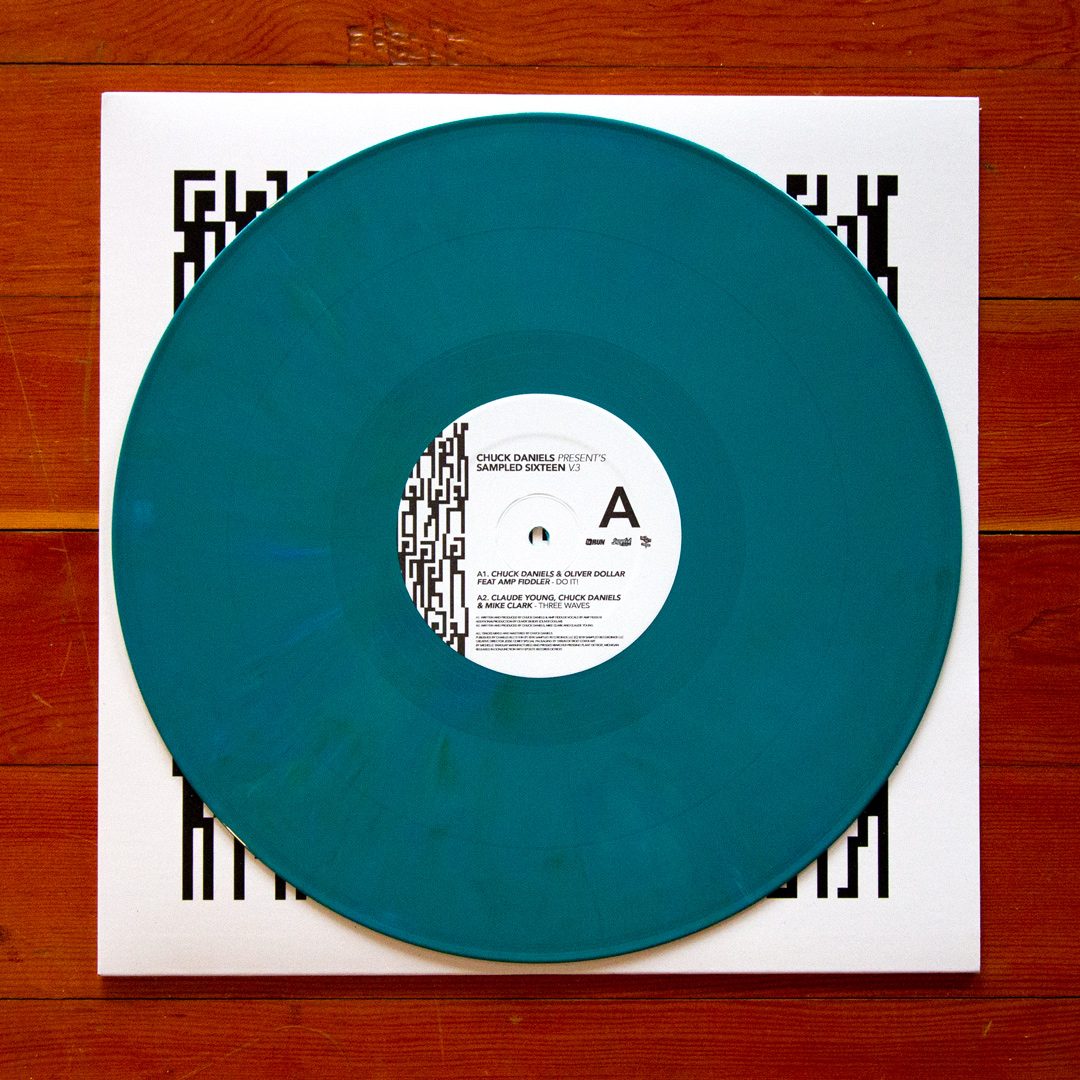 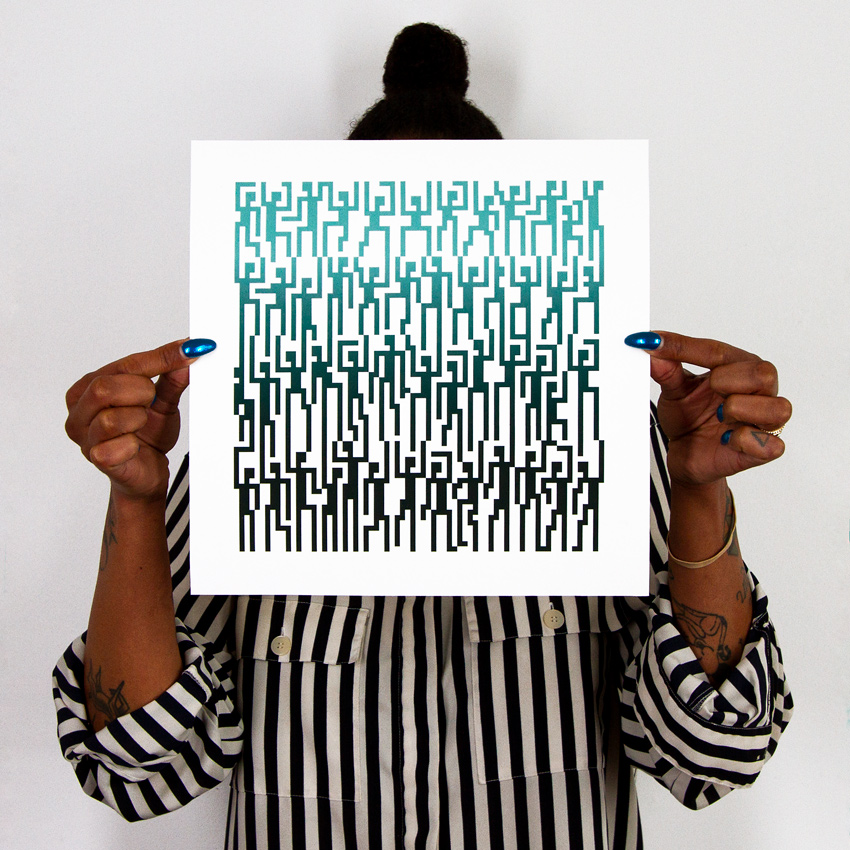 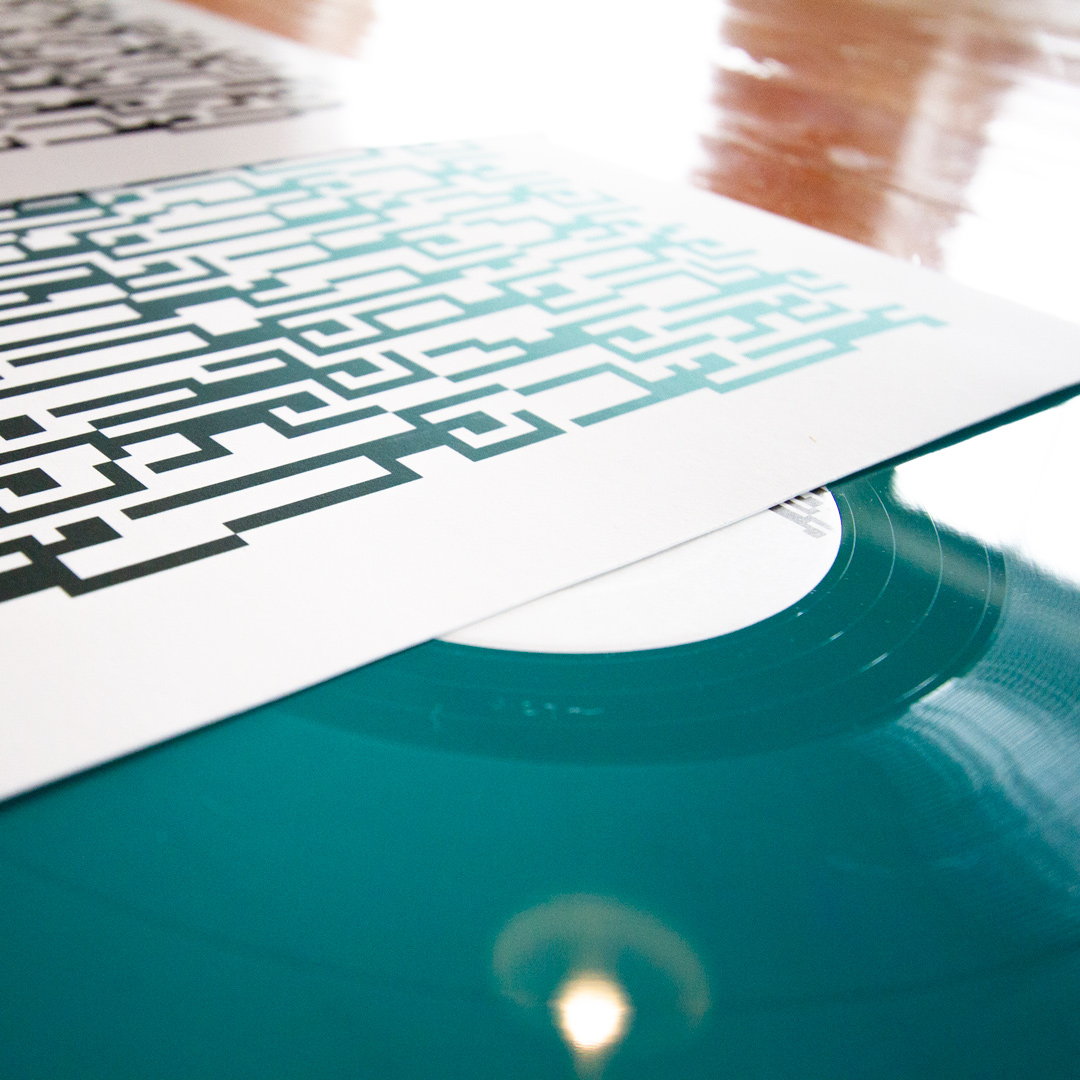 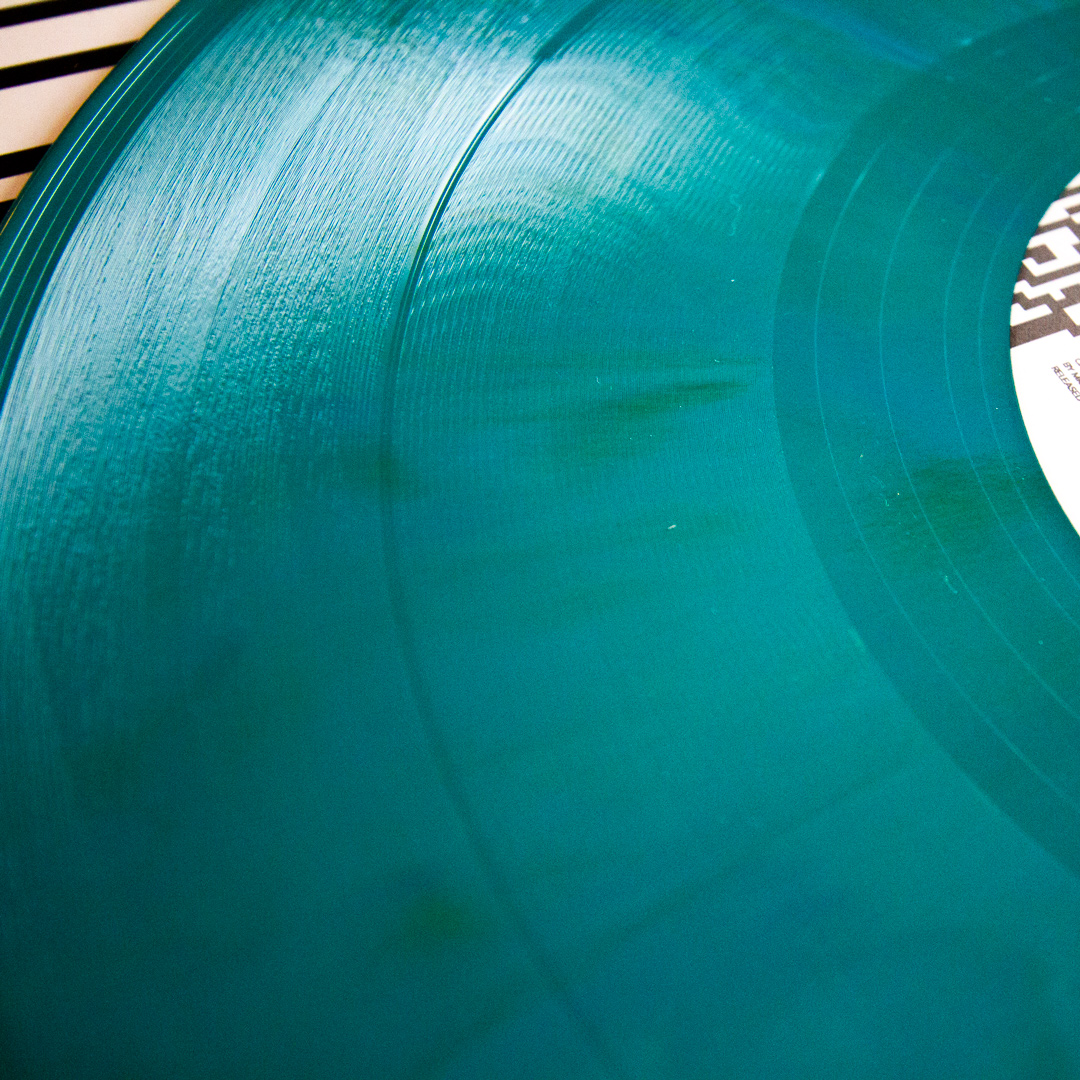 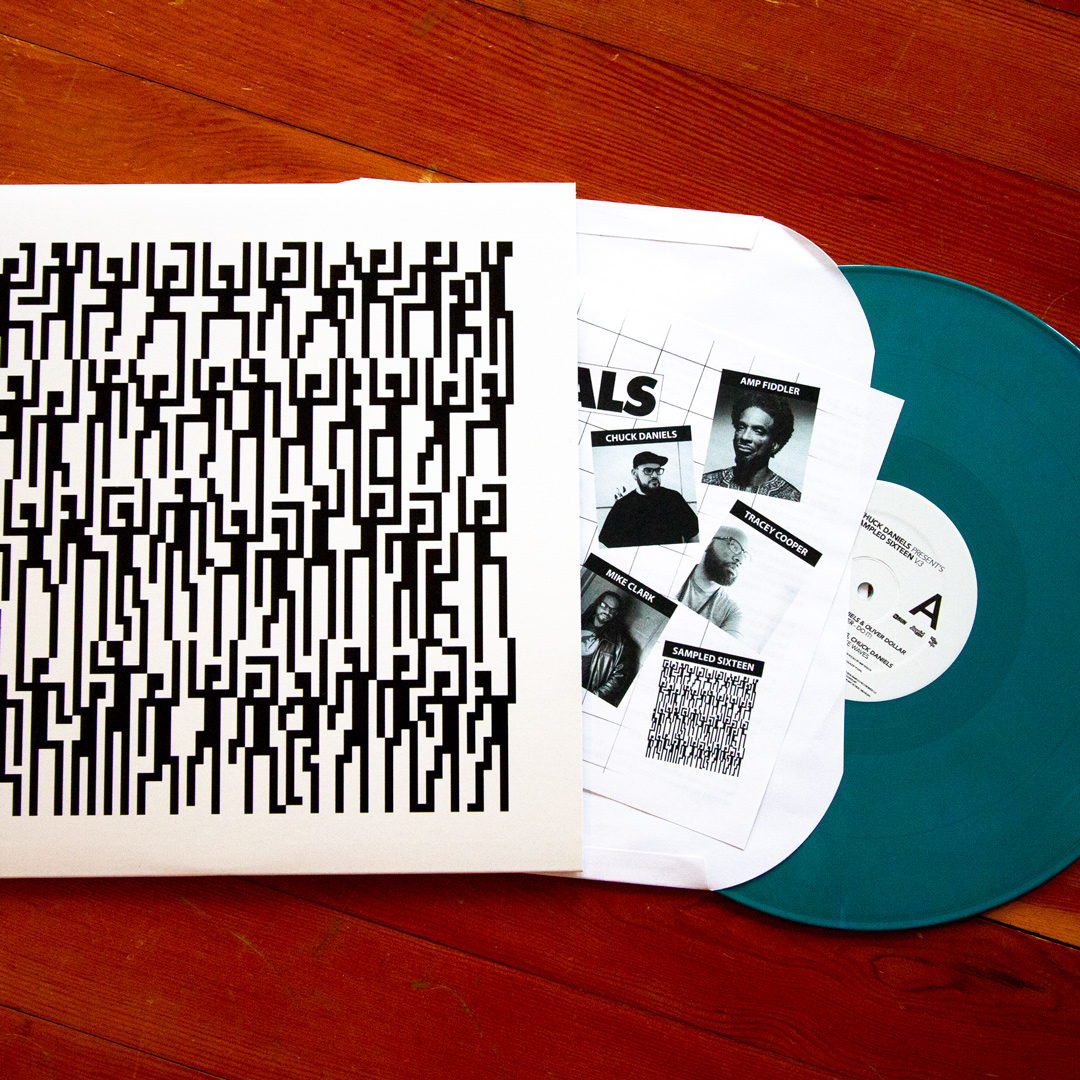 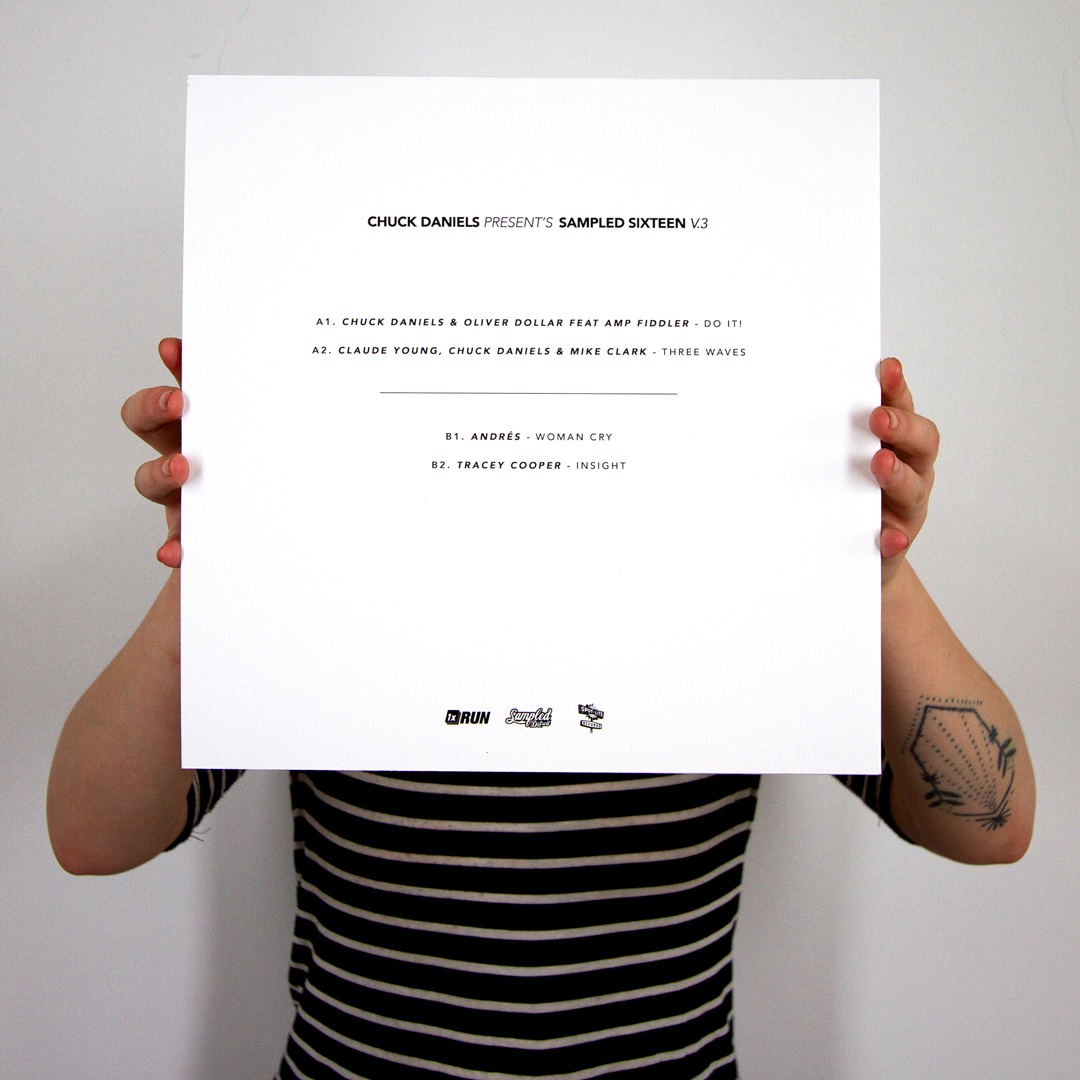 ABOUT THIS ART:
Celebrating 16 years in the business Sampled Sixteen is a three-part release leading up to the annual Sampled Detroit Official Movement Afterparty. When Detroit’s first electronic music festival kicked off on the unofficial start to the summer in 2000, Chuck Daniels was there to host one of his legendary after parties.

After producing underground parties for 5 years under The Works moniker, Chuck was ready to start dropping some tracks on vinyl and in 2002 hosted the first event under the Sampled Detroit label. Whether they were infamous, legendary or just the place Detroiters and tourist alike shared a dark room and a dance floor, everyone was in tune to the beat of House Music. Those who were there found magic in Chuck’s curation of friends dropping tracks across the city at topless clubs to Alvin's, Lush, the Elizabeth Theater above Park Bar, The Shelter and at Porter Street Station. With his first record Sampled 001 hitting the streets in 2003 featuring Chuck on Side A with Deep Bleeps and Jason Hodges on Side B with Summer Breeze both songs that shared the essence of these dance floors.

With the first two releases dropping digitally leading up to Sampled Sixteen the third and final installment is what you’re holding in your hand right now. Pure Detroit wax made right here in the D by Archer Record Pressing on the Davidson. For this vinyl release Sampled teamed up with artist Michelle Tanguay to create the cover art and 1xRUN to produce special packing including 50 limited edition records on colored vinyl with a signed screen print by Michelle.

ABOUT THE ARTIST:
Michelle Tanguay is an artist currently working in Detroit.