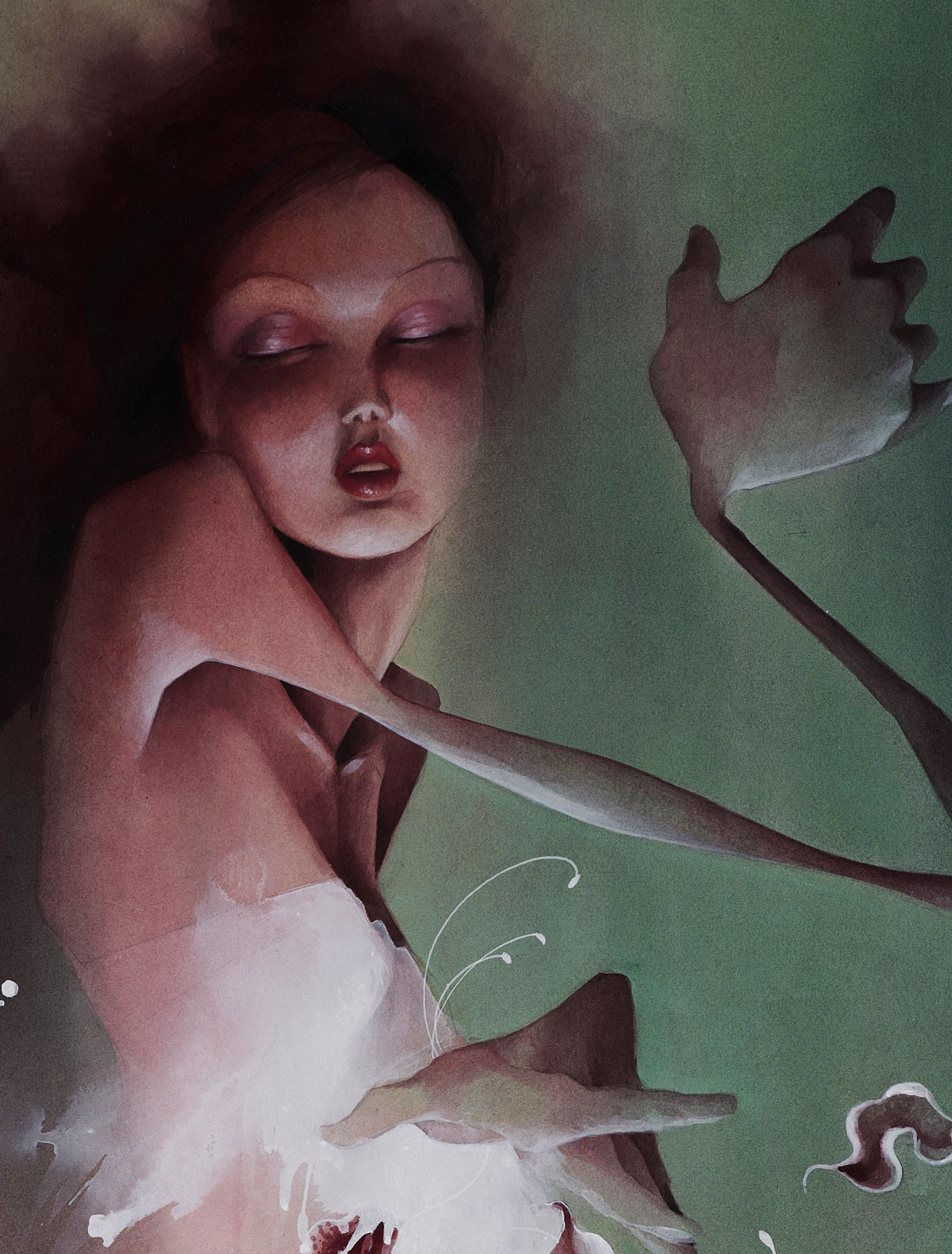 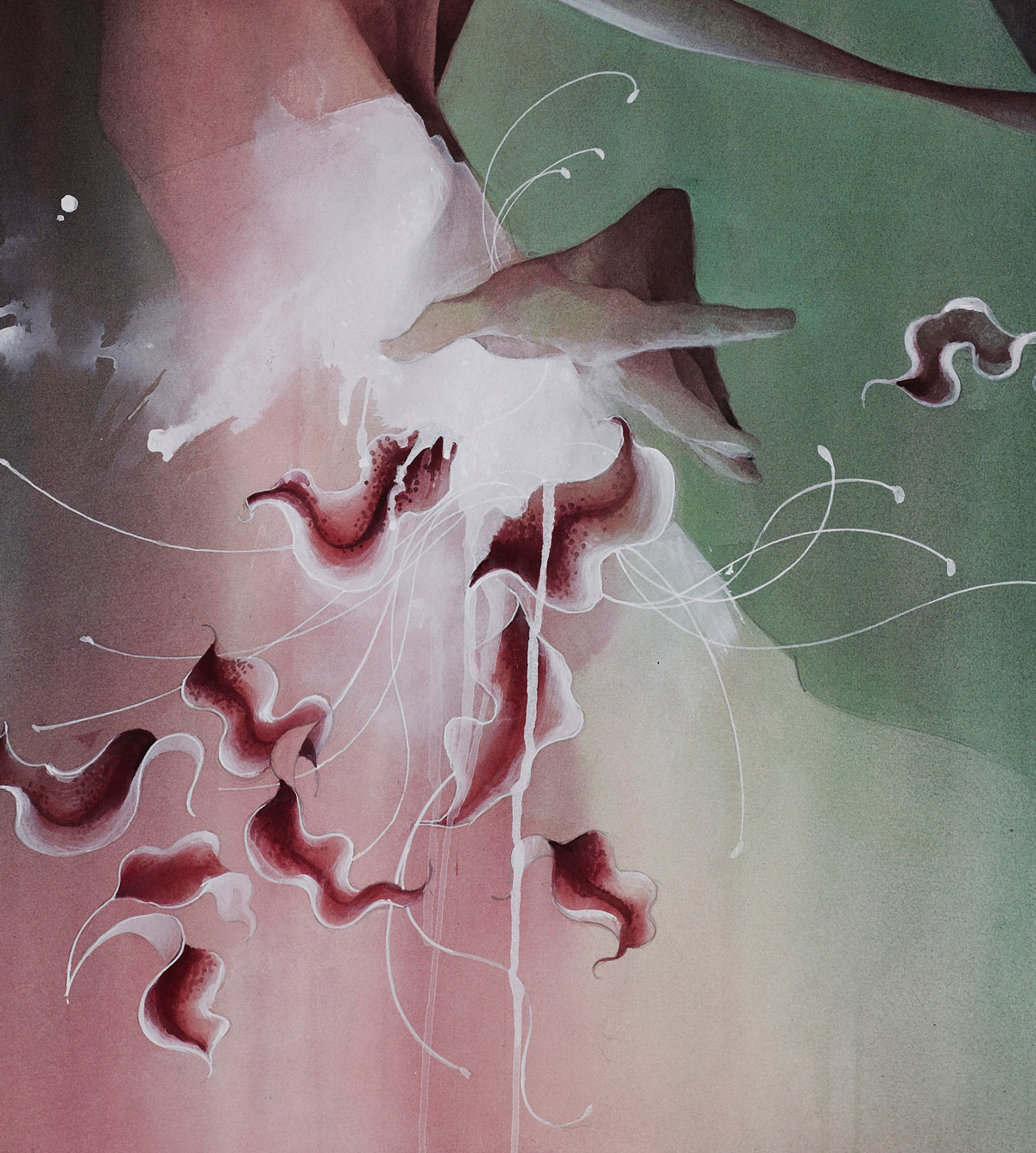 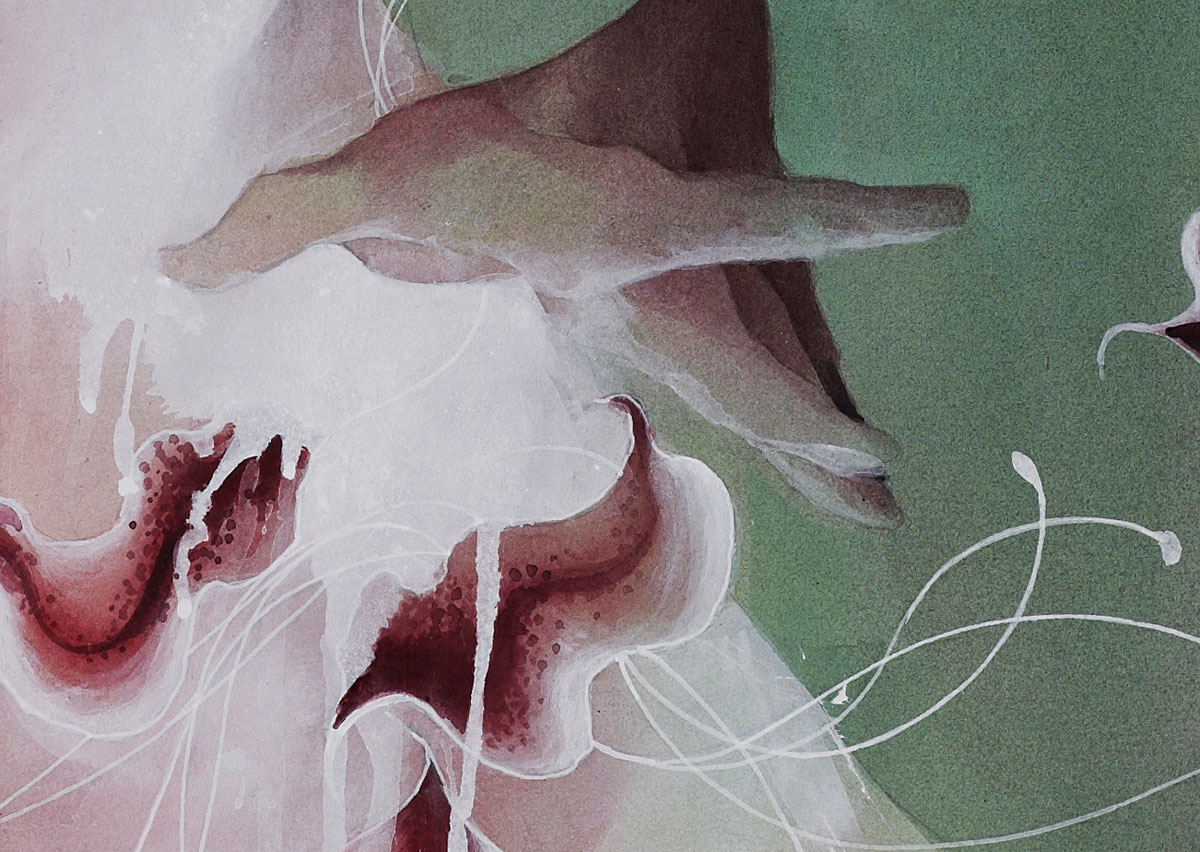 ABOUT THIS ART:
"Like all my work, A Few Drops was just an idea that started in my sketchbook and grew from there. I draw a lot of lilies and as I worked on it, I came across the story of Juno, the Roman goddess who while nursing Hercules spilt her milk, creating the Milky Way in the heavens and Lillies where it fell to earth. Not really an inspiration for the piece, but certainly the reason for the title. " - Craww

1xRUN: When did you first start making art?

Craww:I've always drawn, doodled, scribbled and found ways to create. At what point that became "Art" (if it ever did) I don't know.

Craww likes ambiguity and his work explores the secret stories and connections of a constantly evolving cast of characters. Following tangled threads and discovering hidden undercurrents, it is a stream of consciousness ramble through the woods, populated with skulls, crows and melancholic girls. It’s direction influenced as much by accident and a short attention span as design.

He enjoys seeing his creations taking on a life of their own as he brings his world to life with a mix of elegance, balance and disciplined chaos, using acrylic, graphite, ink and whatever else is at hand. With a background in graphic design, his art is informed by a sense of balance and narrative flow, making sense of the seemingly chaotic drips and washes of colour. A style that, with successful shows in the UK and US, has found collectors and fans around the world. 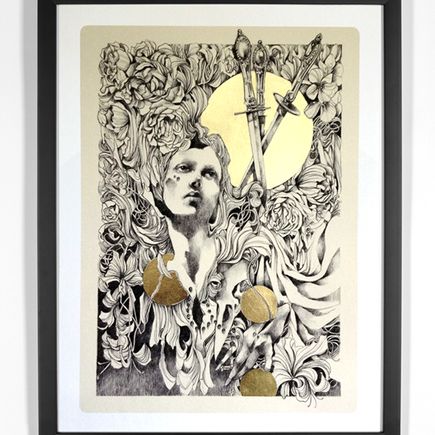 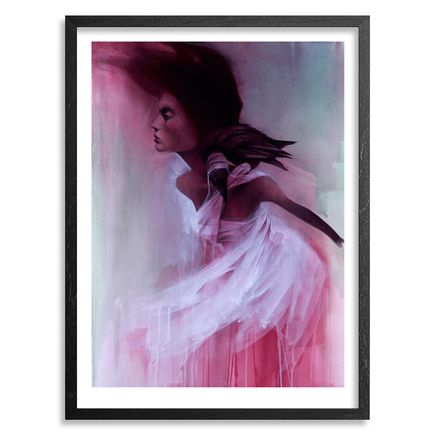 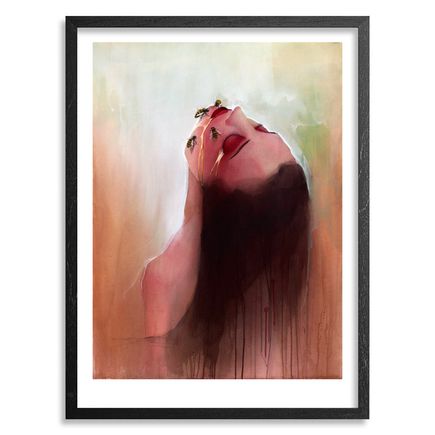