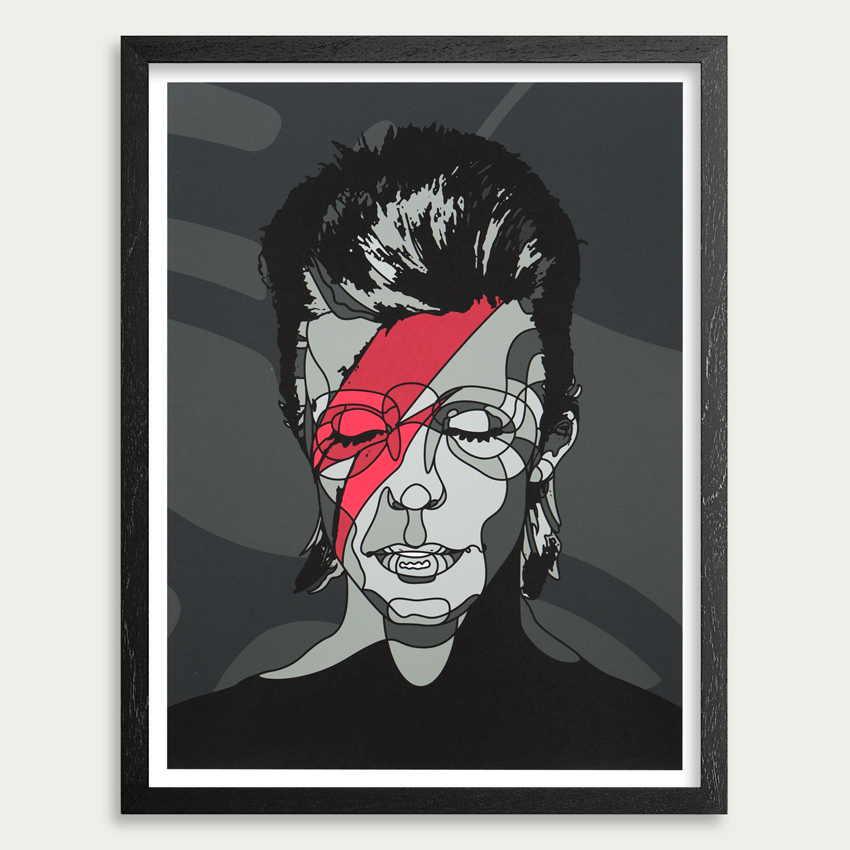 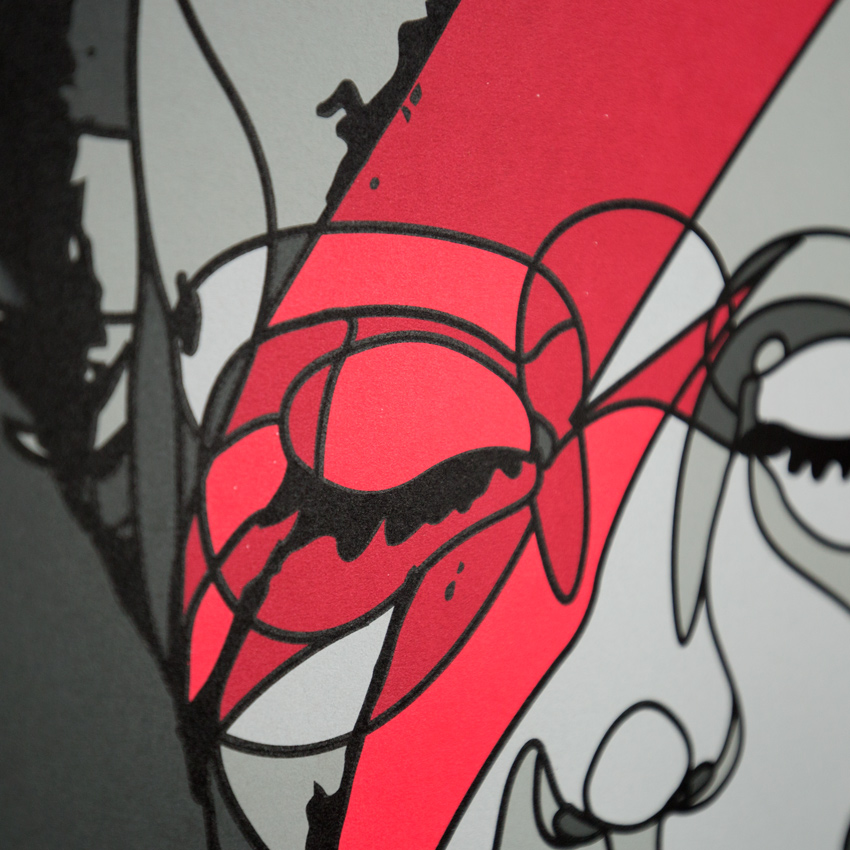 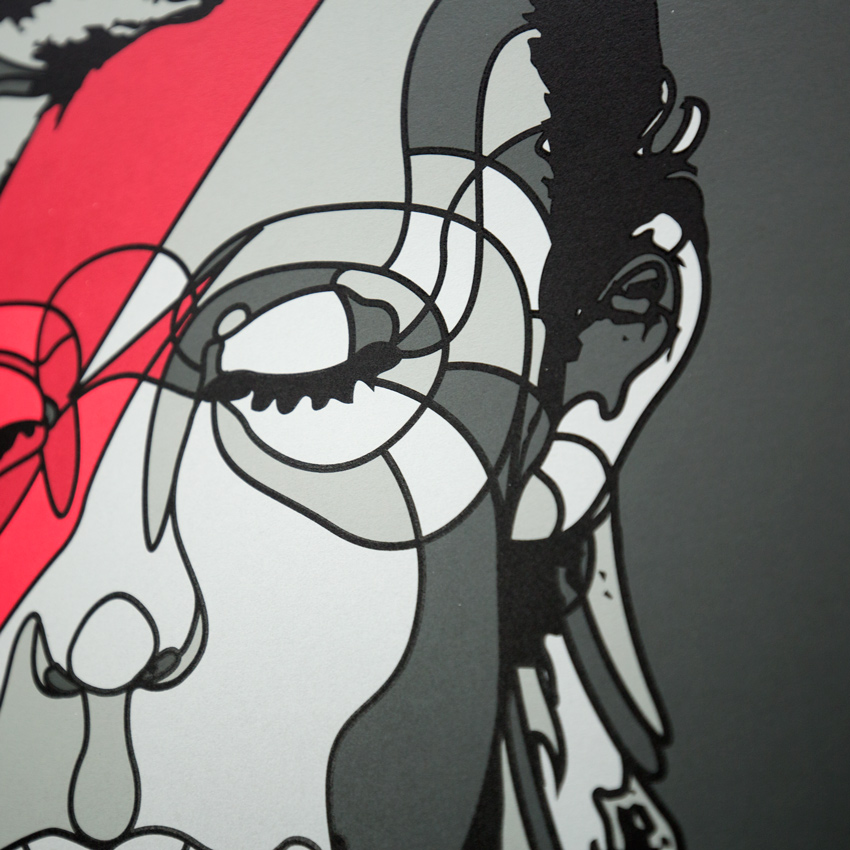 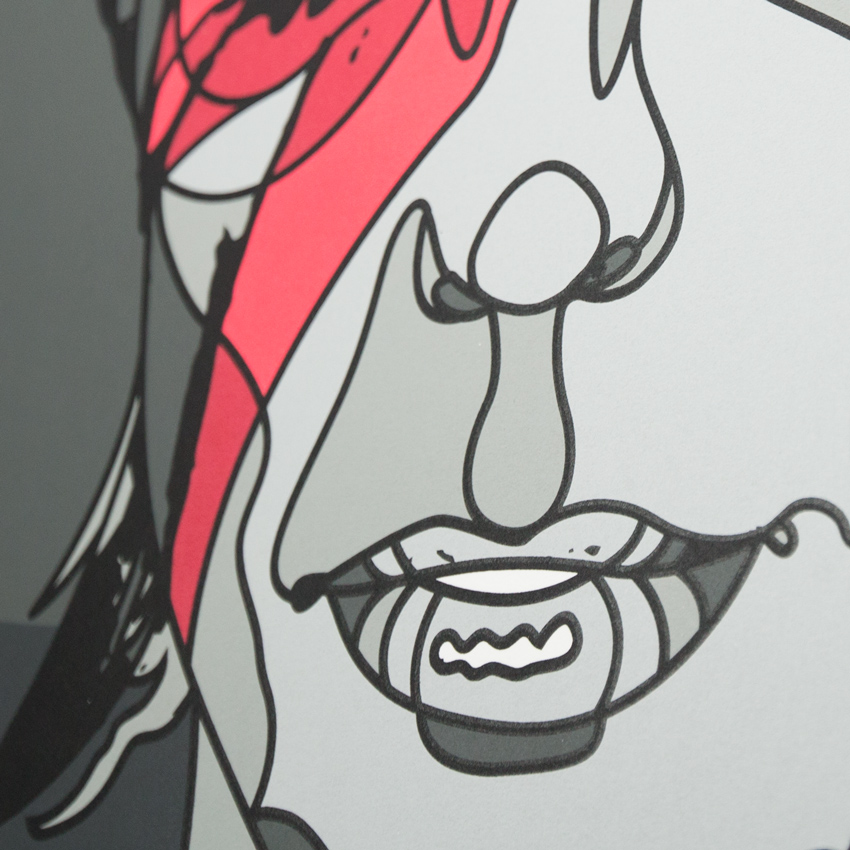 
MORE
ABOUT David Flores:
David Flores started illustrating for skate, surf and snow boards at the age of 17. Flores briefly worked for Shortys Skateboards as a freelance Illustrator during those early years he would become internationally published in the pages of Transworld Skateboarding for his illustration of the Black Panthers skate bearing logo by the age of 20. He also contributed to many other companys such as Real, Stereo, Thunder, Doh Doh, BlackMagic.[1] Anti Hero, Powell Peralta, Spitfire Wheels, and Lucky Bearings this career would path would last up until the late 90's generating a mass amount of art and graphics that are still used to this day, ending at Deluxe Distribution by 2001.

In the early millennium, Flores began to design and produce limited edition vinyl toys, limited edition tee shirts with the RedFive Collective and paintings with the use of a new style coined "Stained Glass" by the artist himself. "An instant hit with the global urban art community" especially in Japan, where his style is well respected and received. More toys, clothing and projects would soon follow. "Giants" a series of paintings witch depicted Giant Robots Ravishing the City of San Francisco would launch Flores into Urban Arts Stardom. A recent collaborative Toy and Household wares project was Dfworks Bearbrick and Fabrick with Medicom Toy, in the Aoyama district of Tokyo . Flores has also participated in other commercial collaborations with Disney for Block28, Stussy, Oakley Sunglasses with a limited release in Japan, snowboard projects with M3, a rendition of Speedy Gonzalez with Warner Brothers, pro series shoe with Dc* Shoes, toys with Xlarge, Kidrobot, Delabarracuda LA, House of Pain, Remix Revista of Argentina, Chouette Luxury of Hong Kong, and Simpsons limited edition sneakers with Vans where he was illustrated as a Simpsons character himself by Matt Groening. His most recent collaborations are with Flip skateboards, Medicom, and Akomplice Clothing. As of August 2011, it is reported that Flores has his first coffee table book in the works through Utley Branch publishing in New York City. and a limited edition Shoe with the Brand Osiris Shoes.

Flores acrylic paintings and sculpture have many Iconic images, Including images of late artists such as Andy Warhol, Salvador Dalí, Jean-Michael Basquiat and Robert Crumb to name a few, his style surpasses time and cultures. One of Flores' early series, Icons, was painted 2000. This series included portraits and renderings in his style of the Mother Theresa, Pablo Picasso, Mos Def, Niel Armstrong, Jaques Cousteau, and Sofia Loren. Flores explains that he "just wanted to produce a body of work that was aesthetically pleasing with respect and nod to artists, explorers and influential people of the past and present" In addition, Flores has reworked other familiar icons such as Disneys Mickey Mouse, Thumper (both released as Vinyl Toys), the Michelin Man, Donald Duck, Mario Bros., and Homer Simpson, as well as having work hang and shown on MTV's fantasy Factory and having his Kidrobot Dunny's Inducted into the MOMA NYC's Permanent Collection.

Through all of his projects, Flores has successfully blurred the line between fine art and Commercial Merchandise. He uses his Particular Style to allow Ordinary imagery to infiltrate the Global Stage. The artist is currently Collaborating with both the commercial and fine art communities. Recent exhibitions include a Solo at Gallery1988 (2004) Another Fine Mess (2011) Suede Gallery, and LA destroyers (Nike) event. DFisXL Xlarge gallery Tokyo,Japan(2006), An Exhibition in Hong Kong's Times Square with Disney's Block28(2009)[7] Flores has been periodically showing both paintings and products internationally since 1997 up to the present day with a Solo Show slated for dec 8th 2011 at the brand new Phil Stern Gallery where Flores will add his own unique style and Touch to famous Portraits and prints by the legendary Photographer Phil Stern.

Most Recently Flores has been busy solidifying Himself as one of the Worlds Top Muralists with large scale paintings of his imagery in the Streets Of Los Angeles, with Plans to Further demonstrate mural efforts internationally as well.

MORE
MORE FROM David Flores
ARCHIVED
This run is not on sale. Check the product page for more info.
Favorite 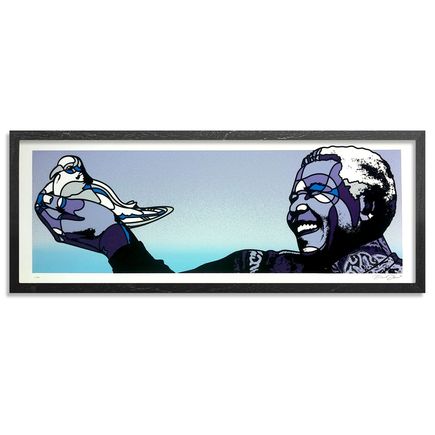 David Flores
The Purple Shall Govern - Lilac Split Fountain Dither
Run of 20
ARCHIVED
This run is not on sale. Check the product page for more info.
Favorite 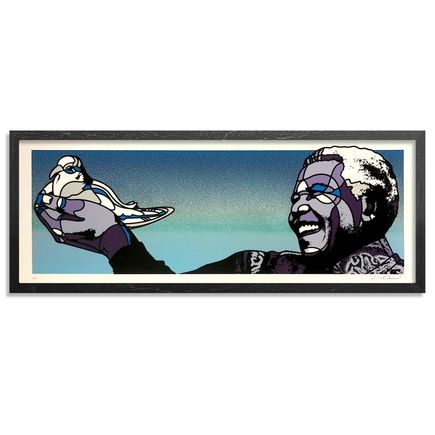 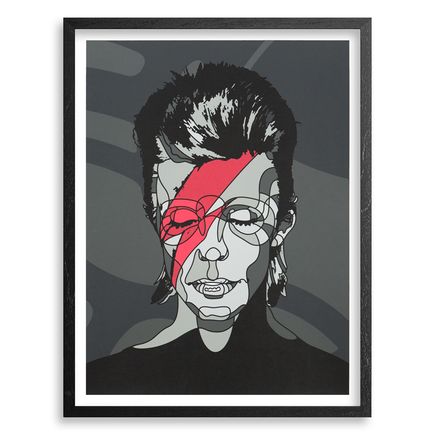 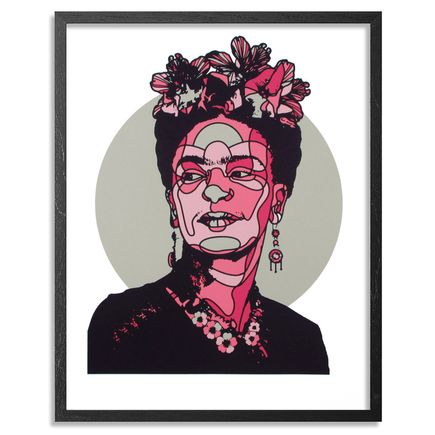 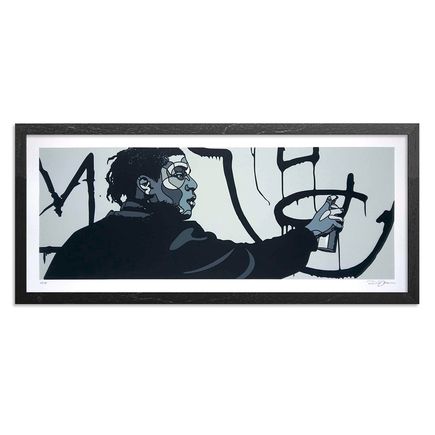