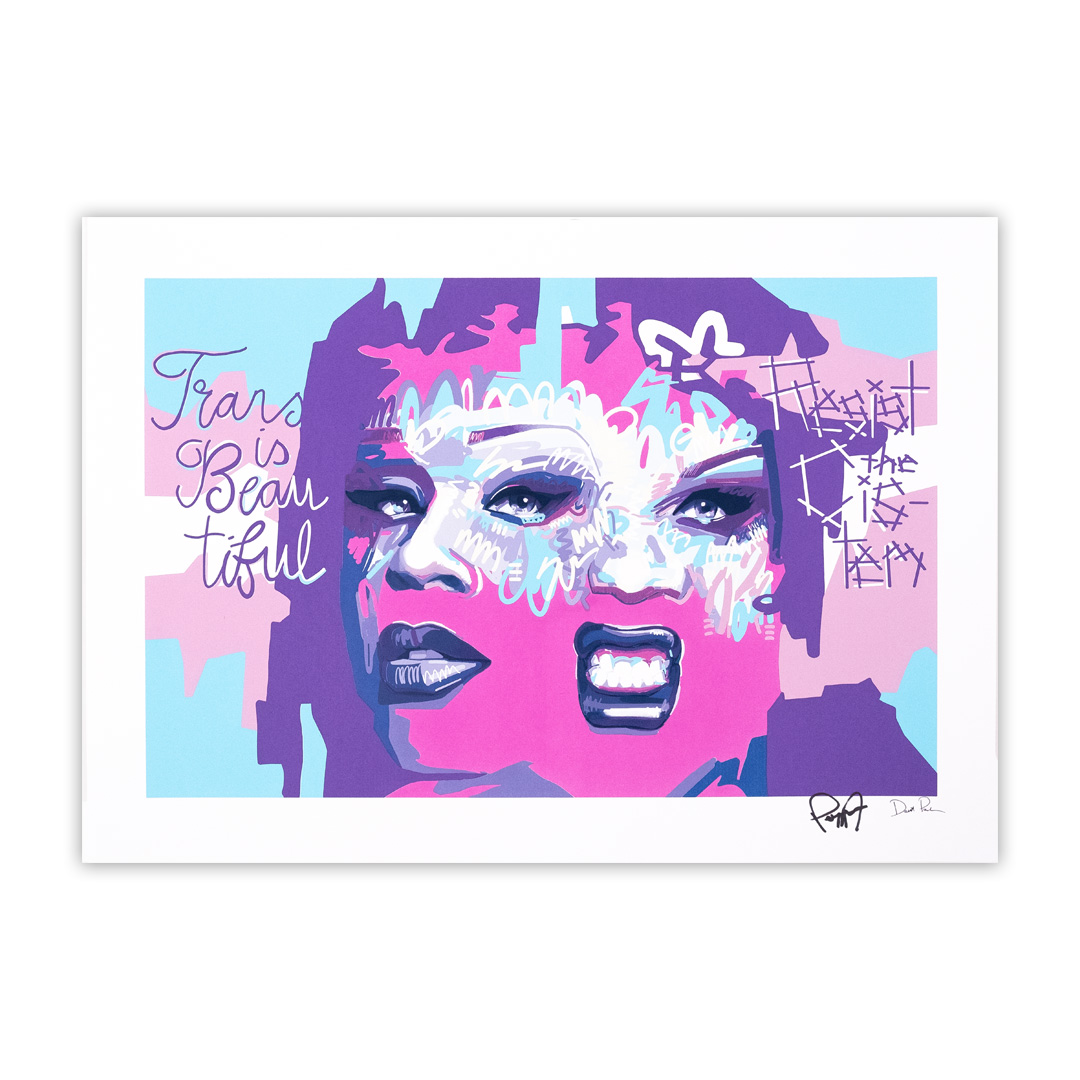 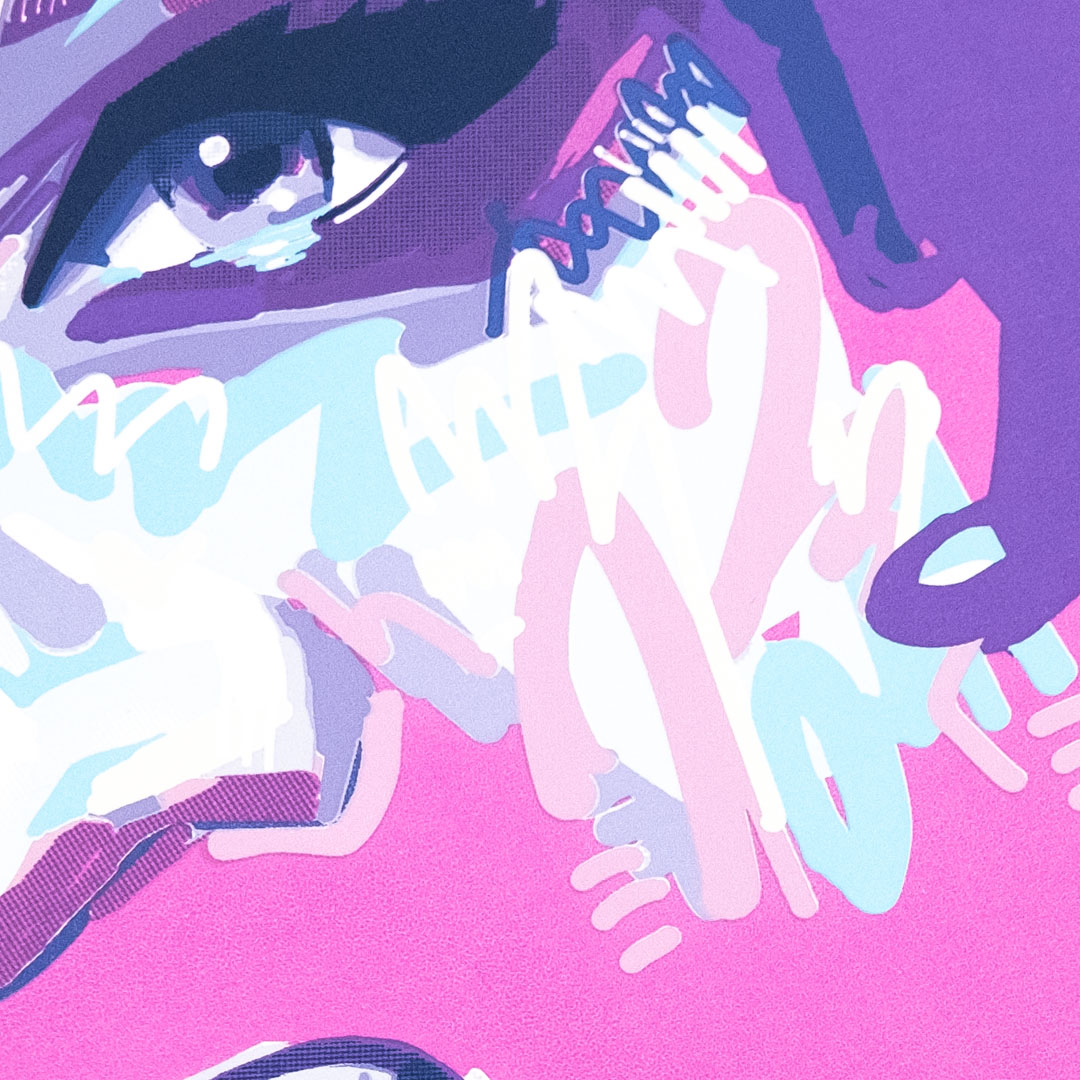 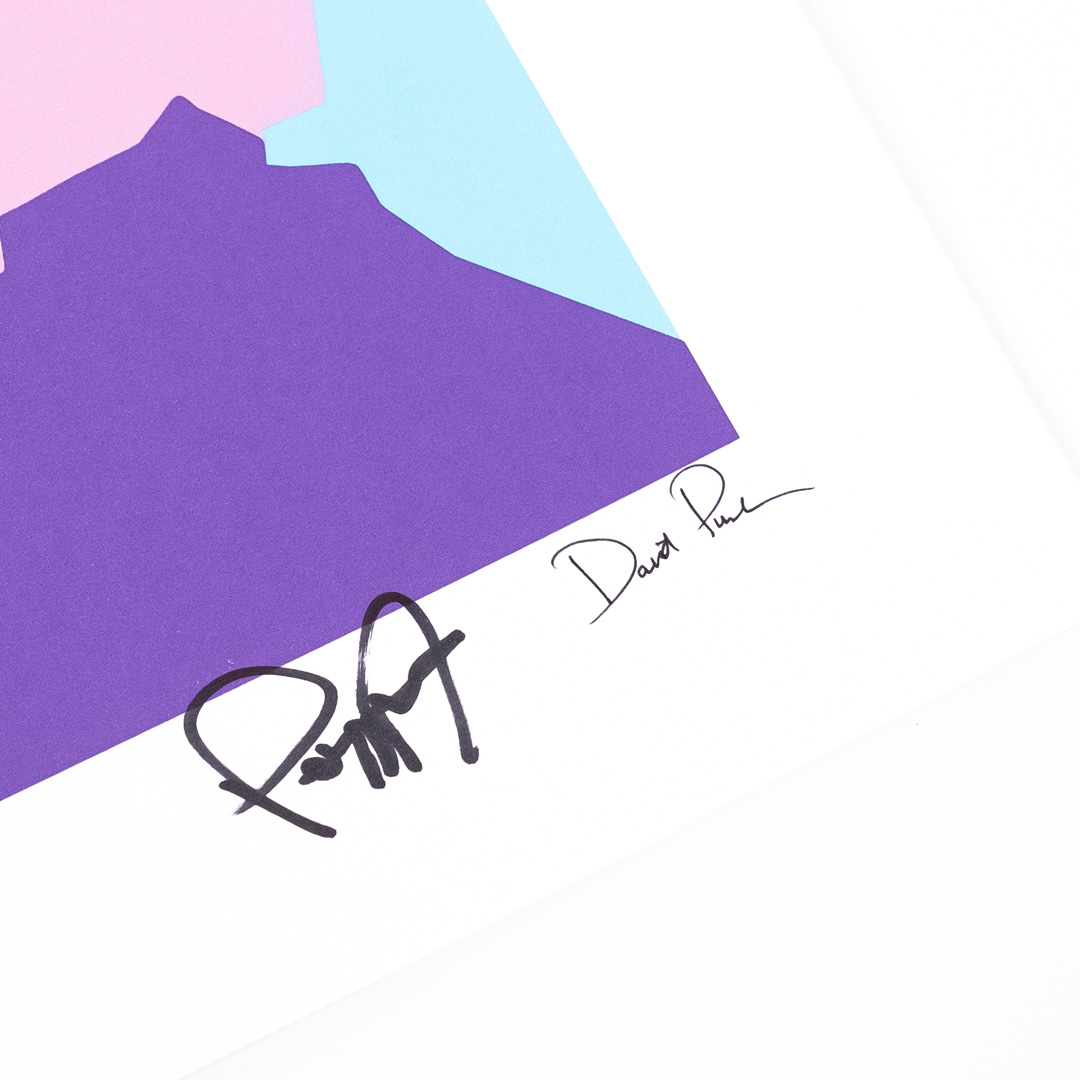 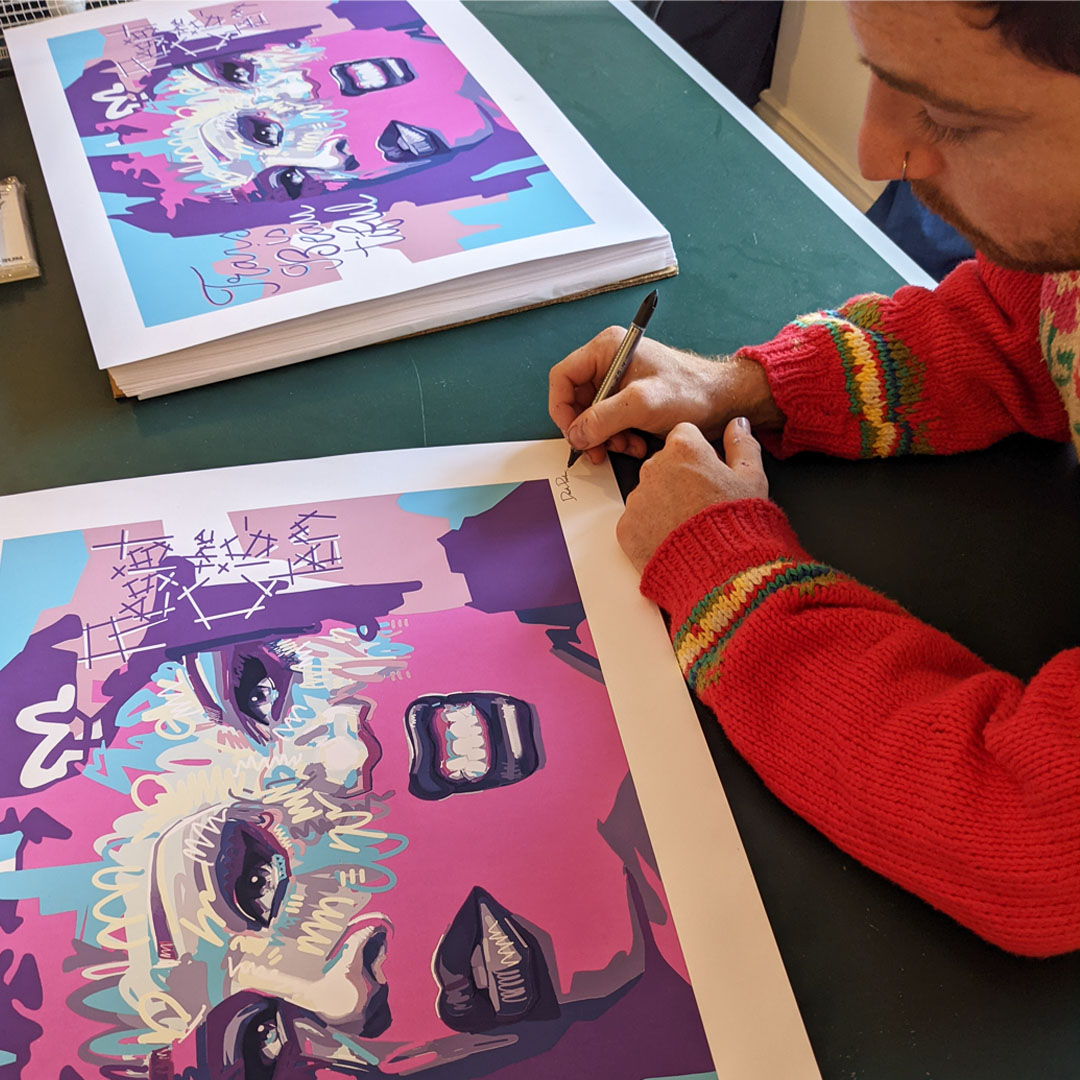 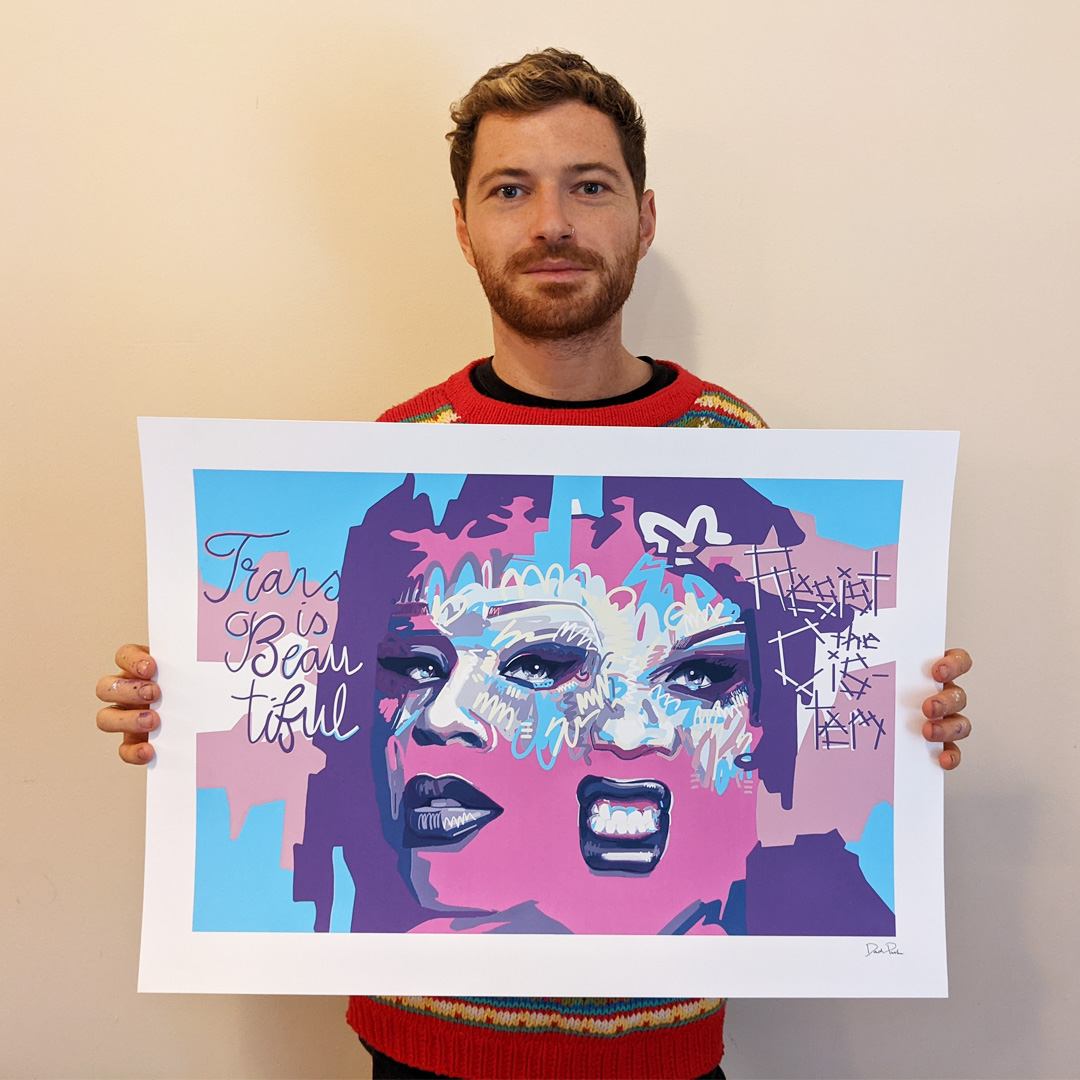 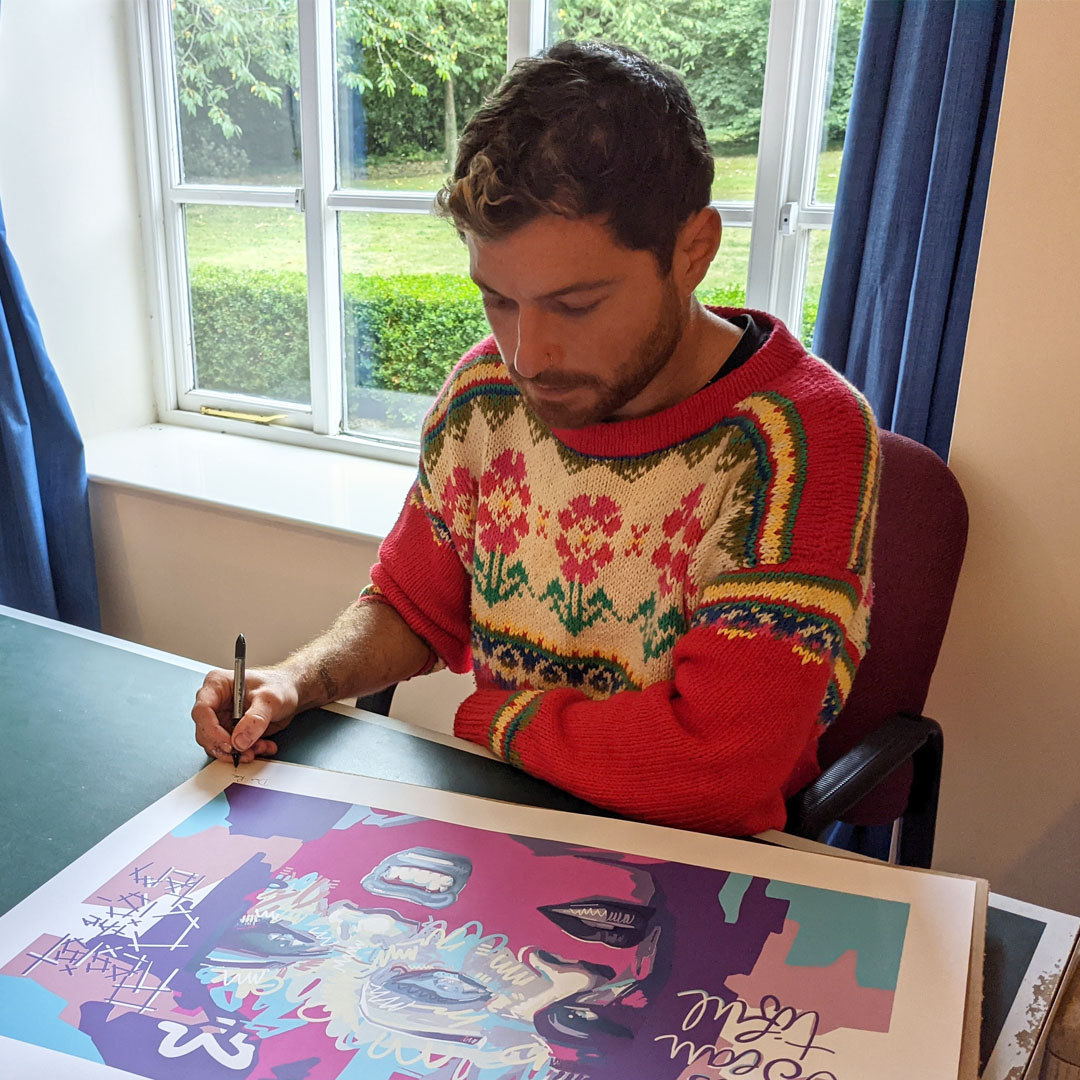 ABOUT THIS ART:
"Usually I had to convince people to let me paint queer themed work, so finally here it was actually wanted! We had creative free reign, so I felt it important to overtly paint for Trans BIPOC and anti-conformity, especially since Pride is so often criticised as not doing that. Peppermint being an NYC drag local and activist was the perfect subject! I included the text just to make the message very clear."
–David Puck
MORE
ABOUT David Puck:
David Puck is a young British-American visual artist, working in traditional painting, makeup, digital, and public murals. Their work primarily explores LGBTQ+ experience and mental health through abstracted portraiture.