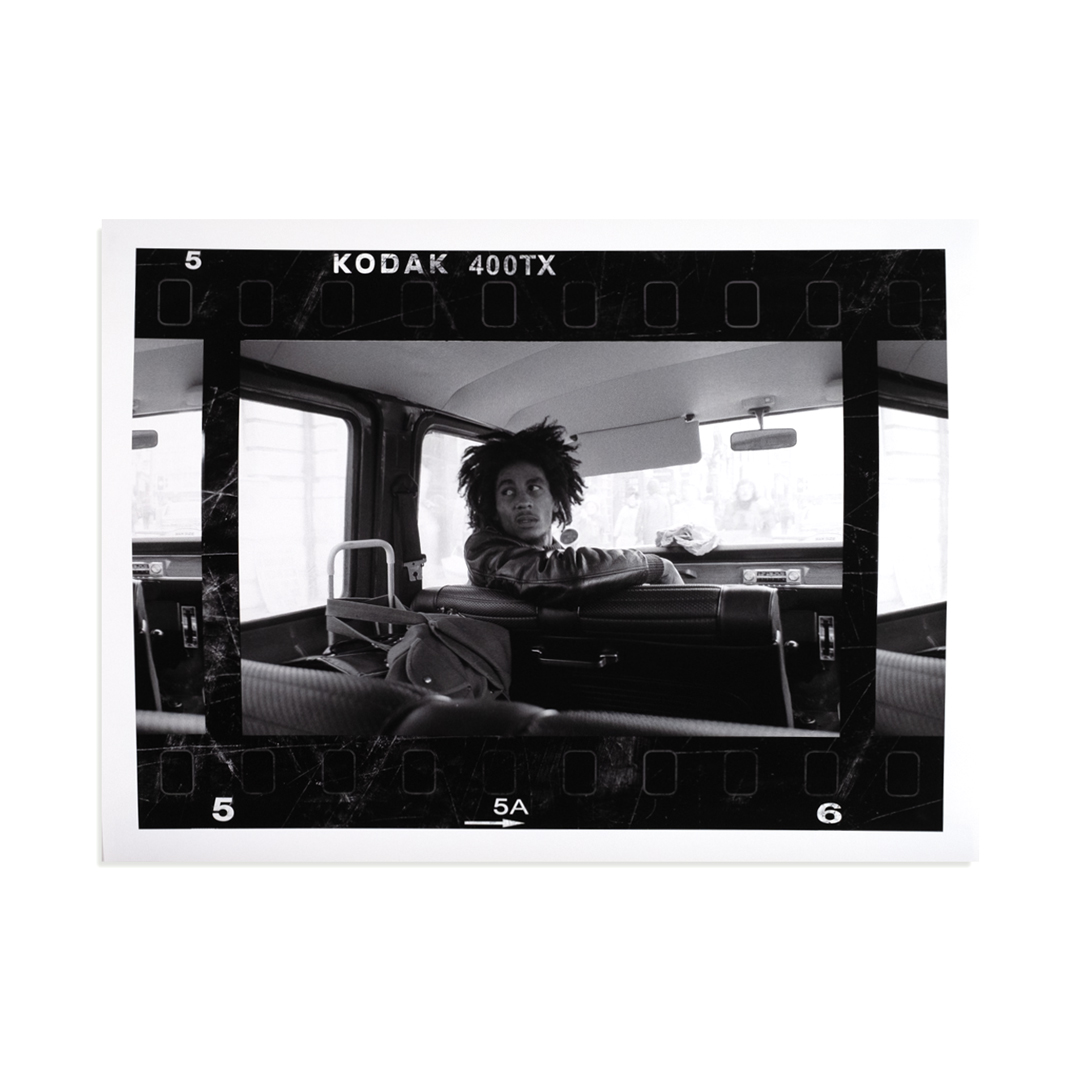 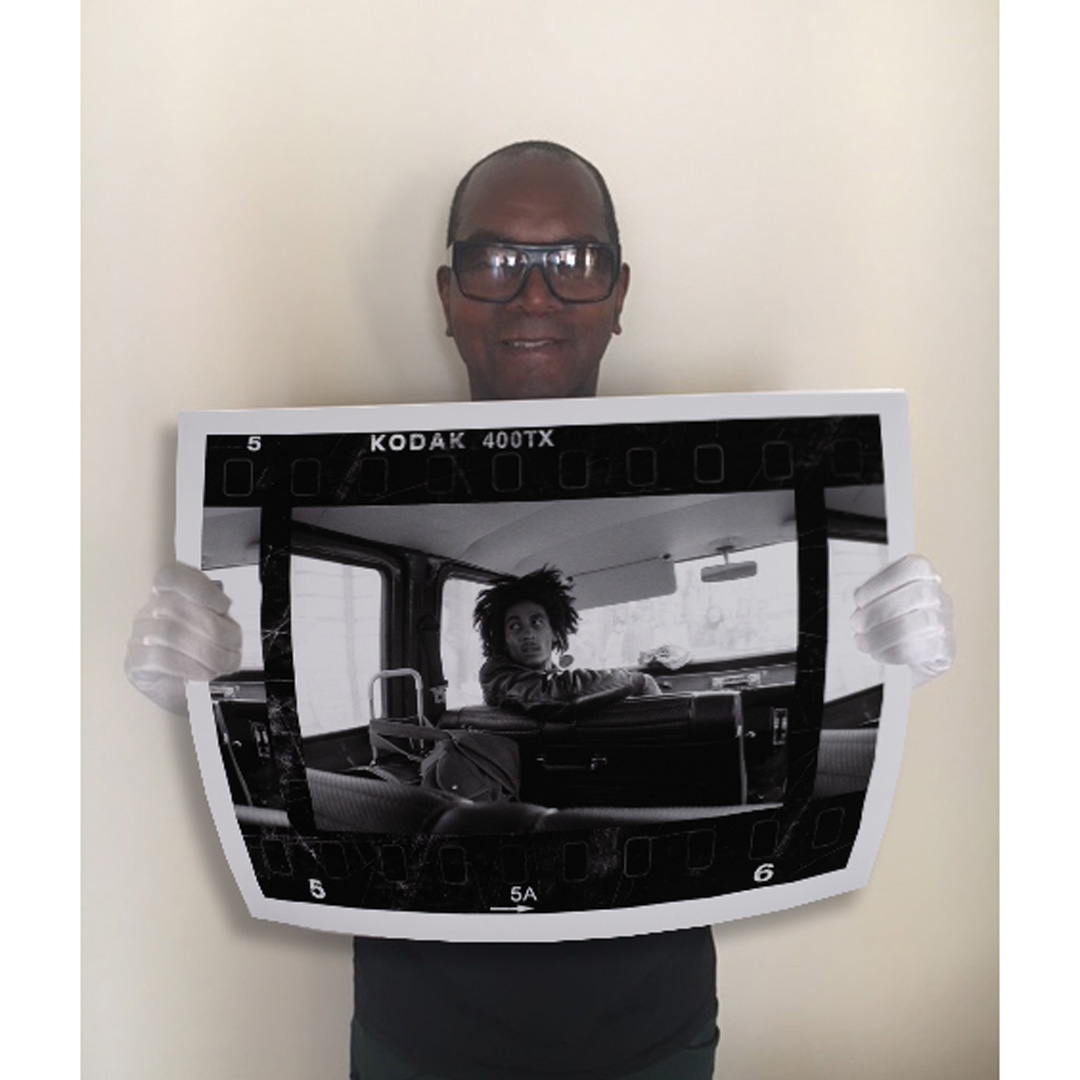 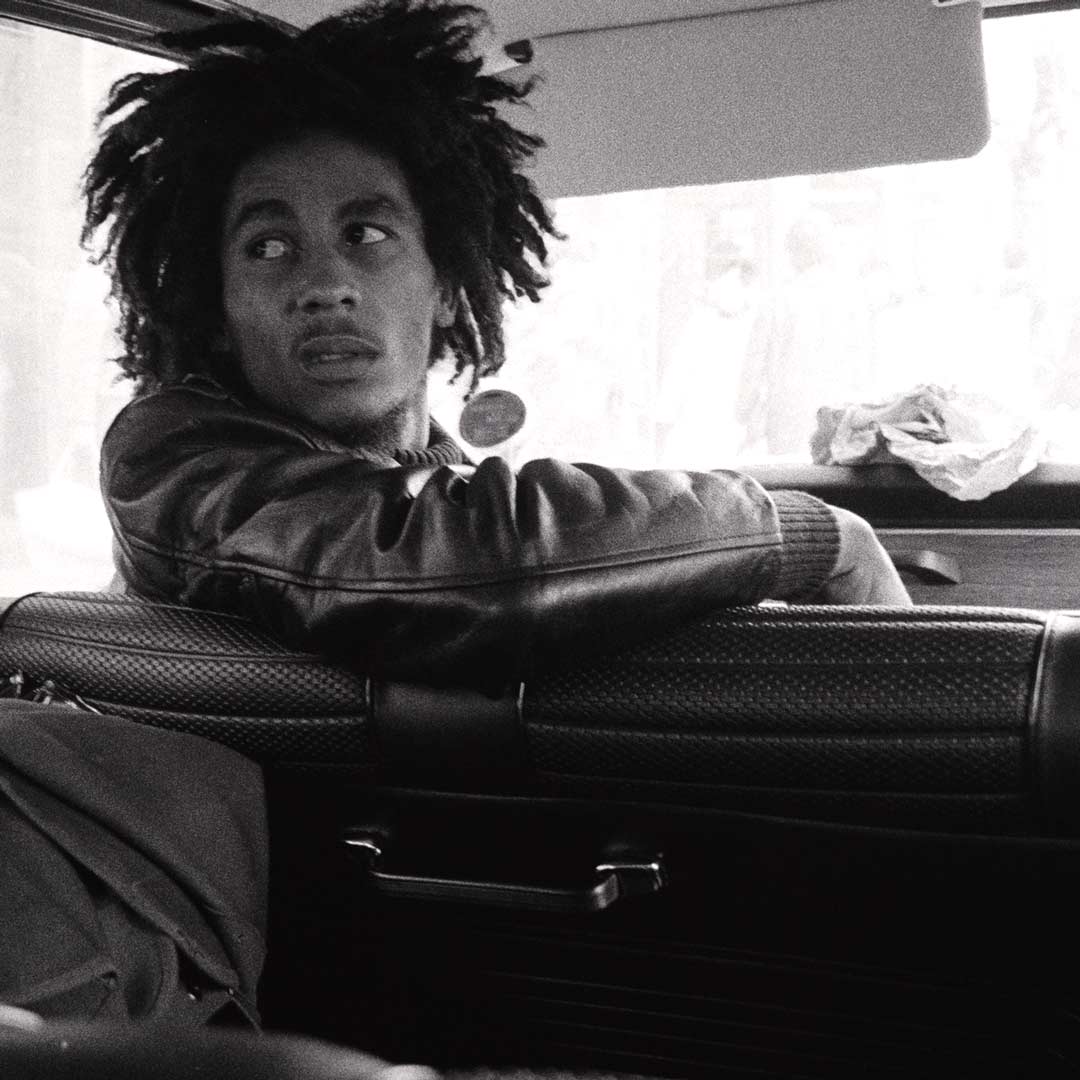 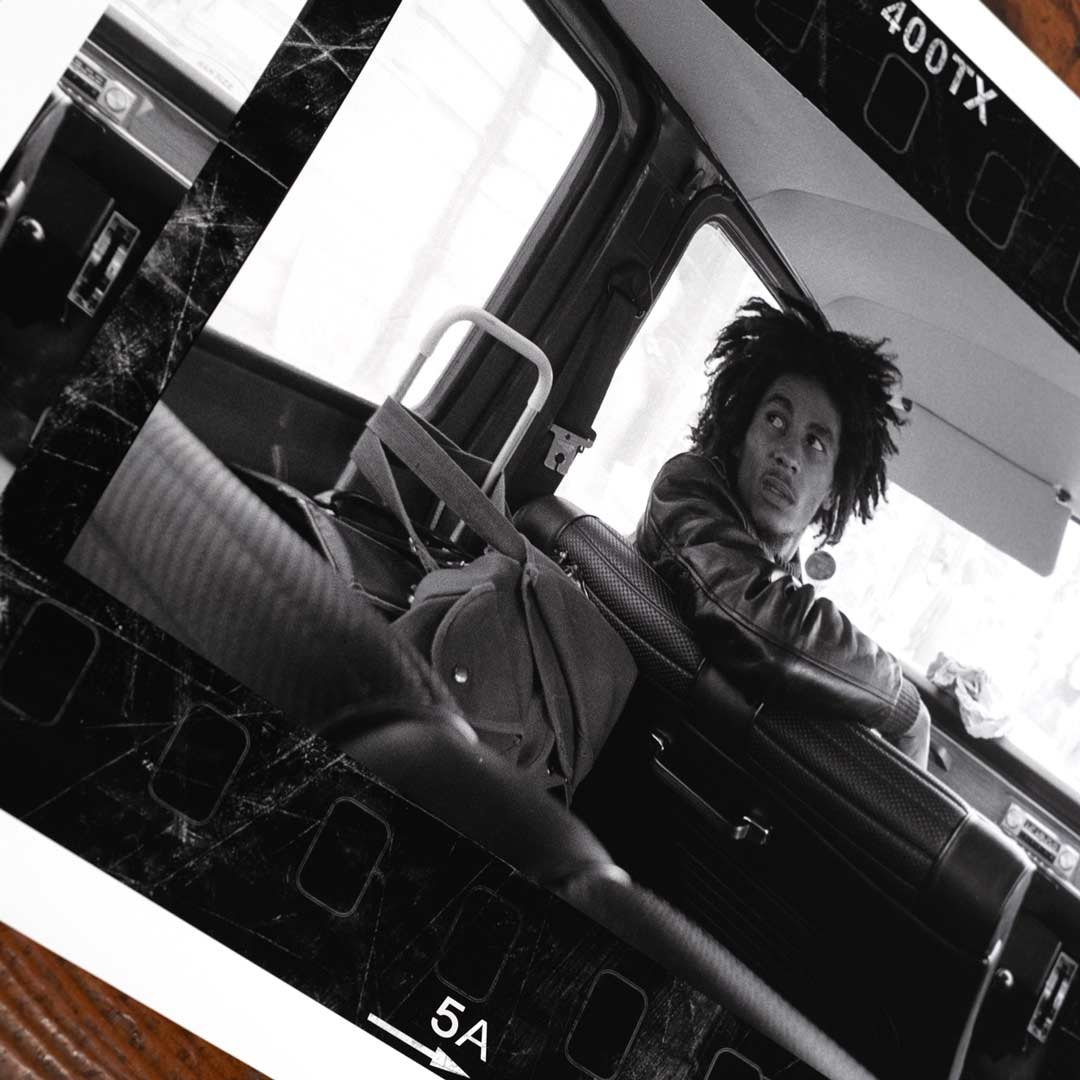 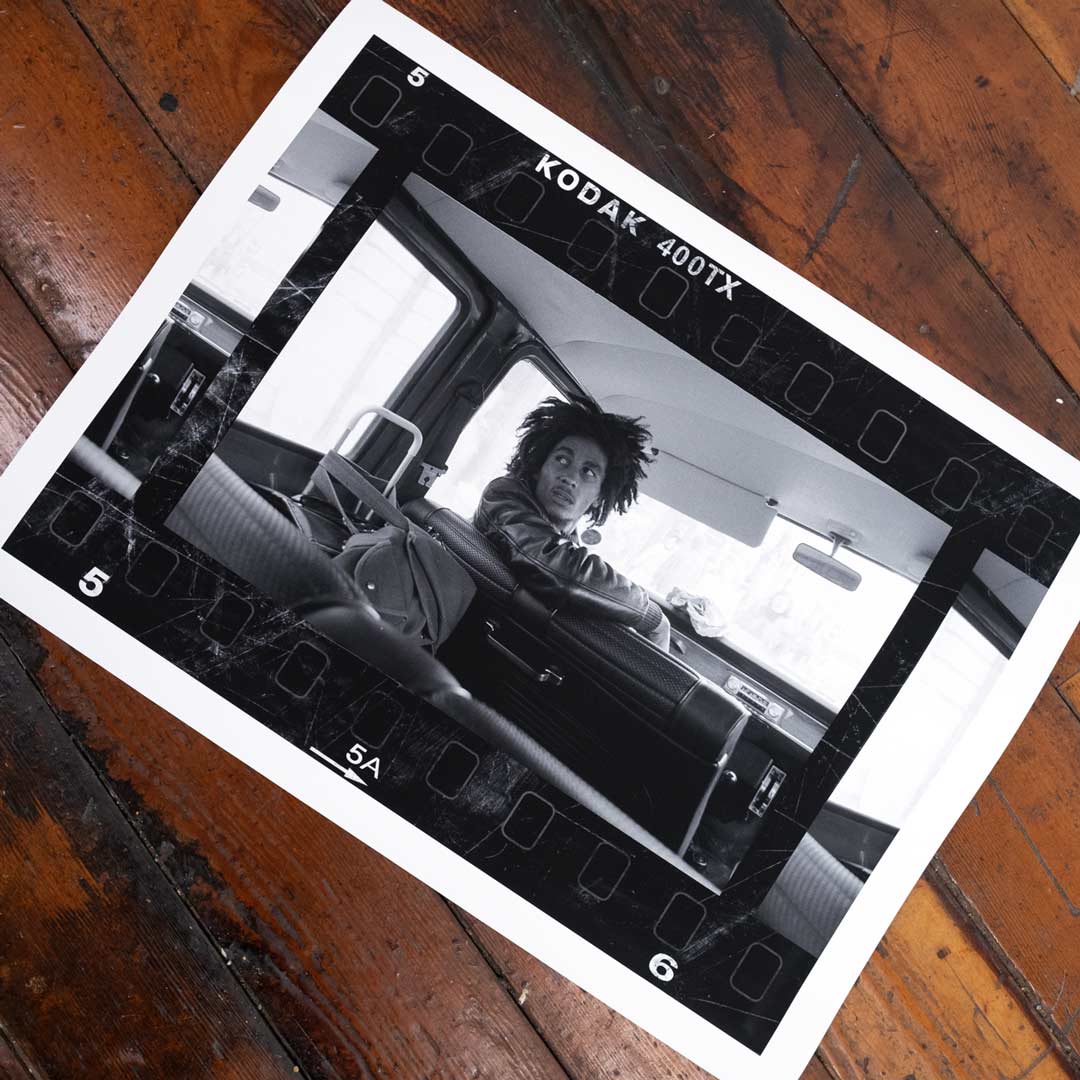 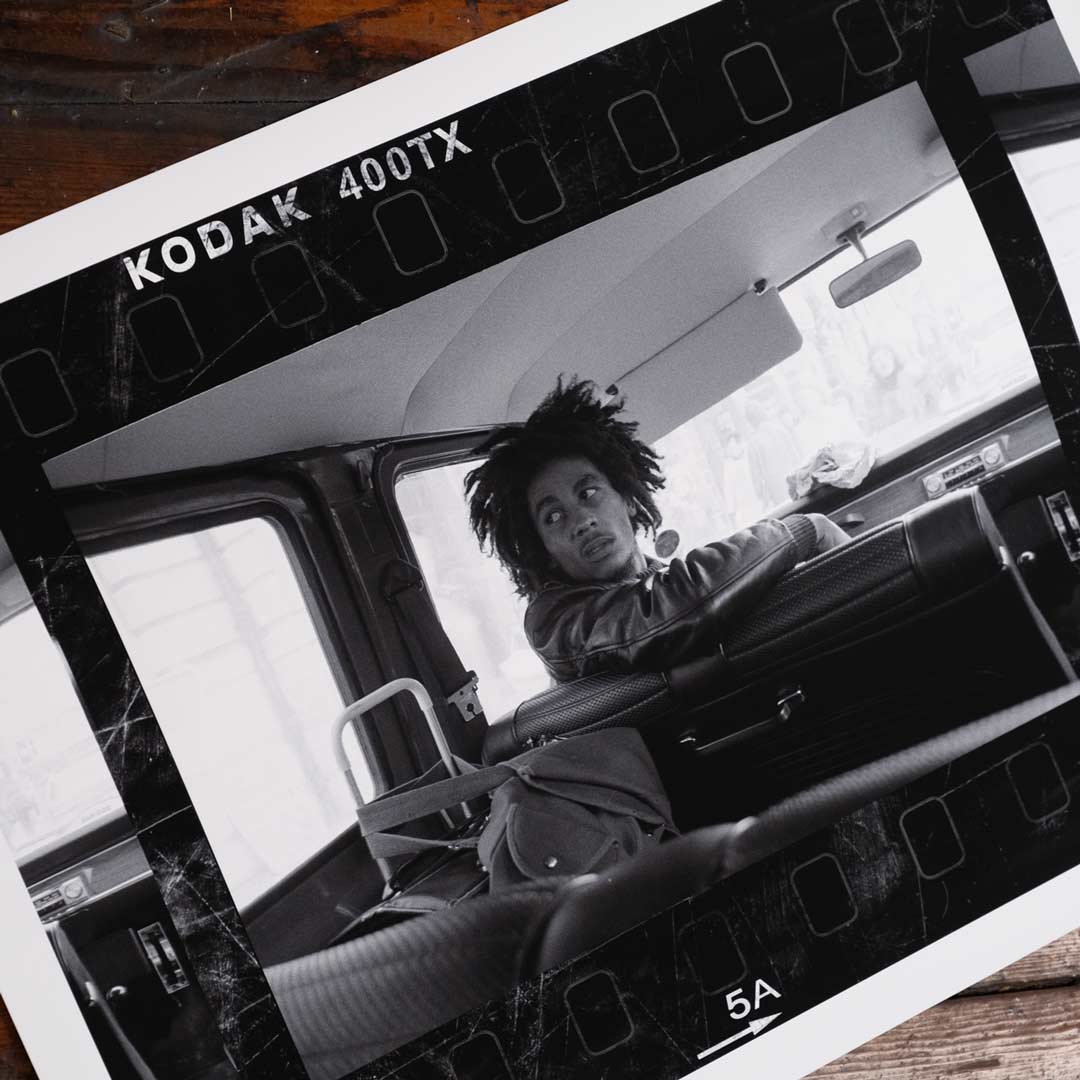 ABOUT THIS ART:
“This particular picture was the beginning of my working relationship with him; that’s when it all started for me. I had met him, and he had told me about that tour that he was doing, and asked me if I would like to come along. So I met him and we went to his hotel. [From the front seat of the transit van] He turned around to me and he says, 'You ready Dennis?' and I went *click* 'yeah.' And so the adventure began, with that picture."
--Dennis Morris
MORE
ABOUT Dennis Morris:
Dennis Morris is a British-based artist who has used the camera to produce an in-depth body of work on extraordinary individuals. Morris started his career at an early age, he was 11 years old when one of his photographs was printed on the front page of the Daily Mirror. A camera fanatic since the age of 8, Dennis was known around his East End neighbourhood as Mad Dennis, due to his preference for photography over football. After inadvertently stumbling across a particularly feisty demonstration by the PLO one Sunday, the sharp young Dennis took his film to a photo agency on Fleet Street who promptly sold it to the Daily Mirror for £16. Accustomed to raising money for films and camera parts by taking photos of christenings and birthday parties, Dennis was suddenly on to something; his hobby and all-consuming passion could be done for a living. 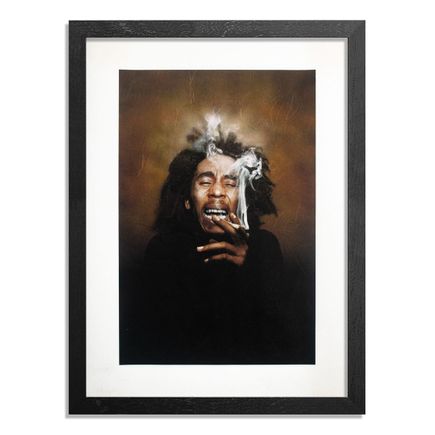 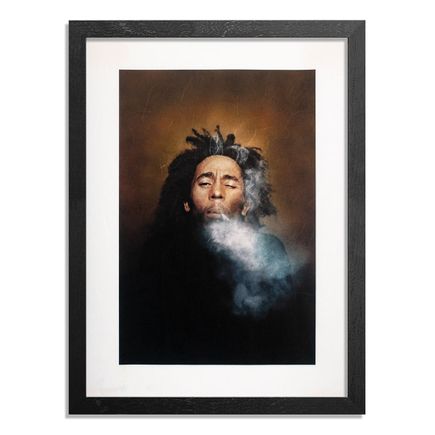 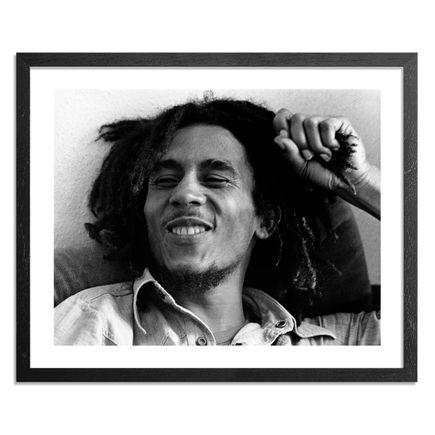 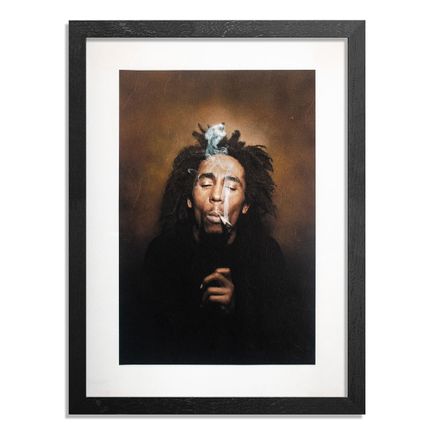 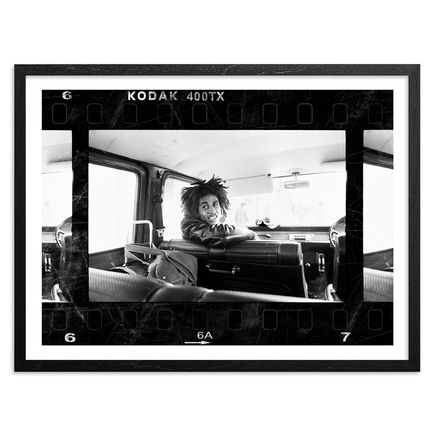