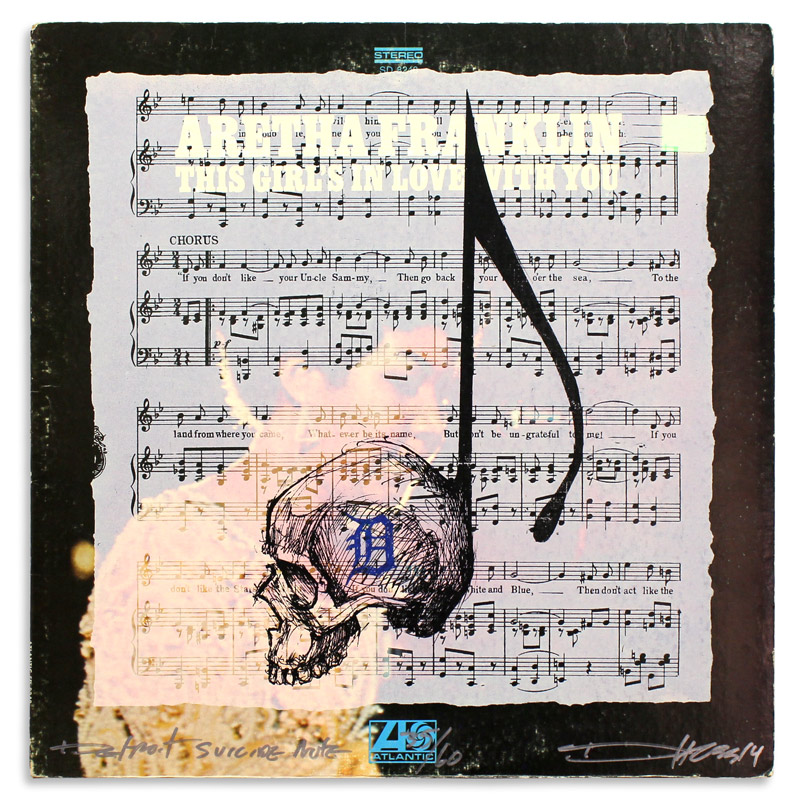 ABOUT THIS ART:
Opening to the public March 21st from 7-10pm, Inner State Gallery is proud to showcase new work from artist Derek Hess. “Critical Infrastructure Against External Threats” is a continuing examination of Hess’ evolving body of work that explores his use of line and form to create a sense of emotion and depth. The show will feature new work highlighting Hess’ recent reclaiming of long lost vinyl album covers, 8-tracks and Playboy magazines, all alongside his signature pen and ink pieces. The show will be Hess’ first Detroit solo show since 2002 at the now defunct CPOP gallery.

Throughout the last 25 years, Hess has created hundreds of rock posters and album covers for bands ranging the spectrum of rock music from Pink Floyd, Iggy Pop, Pearl Jam, Nine Inch Nails to Pantera, Clutch, Deftones and many more. Solidifying his place in rock music history Hess’ work has joined permanent collections at the Rock and Roll Hall of Fame, as well as the Louvre in Paris.

This piece of original artwork comes signed by Derek Hess and includes an Original Artwork Letter of Provenance from 1xRUN.

MORE
ABOUT Derek Hess:
From concert posters to politically charged fine art pieces, Cleveland-based artist Derek Hess has tested the waters of both the music and art world for over 15 years.

Growth, in general, has been an unwavering theme throughout both Hess’ personal and professional life. From a young age, Hess was transfixed by his father Roy’s ability to create on paper the images of planes and tanks that his son had swimming in his head.

Always a fan of music, Hess began booking shows at the Euclid Tavern, a staple for cover bands and blues at the time. Hess soon began to curtail the format of the bands being brought to the tavern into something he liked and was comfortable with. He also started creating the promotional flyers for the shows using his own unique vision and a play off the bands names and genre.

More recently, Hess started a clothing line, Strhess, as well as Hessfest and the Strhess Tour, a collaboration of music and art that features bands such as Thursday, Shadow’s Fall, Stretch Arm Strong and Taking Back Sunday.

Hess’ art has been able to transcend genres as well as generations, which is icing on the cake for the artist. “At the end of the day I’d like, ideally, for all of my art to be technically sound. That, to me, is what makes a successful artist.” 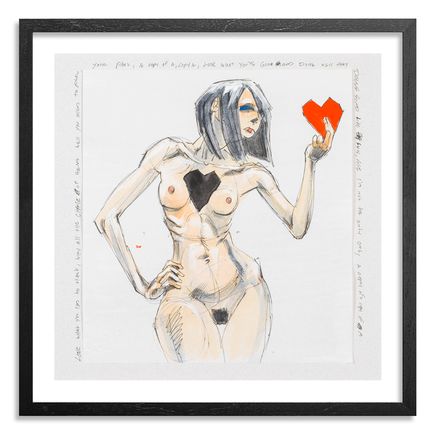 Derek Hess
Why All The Change Of Heart II - Limited Edition Prints
$1,000
Run of 50
Favorite 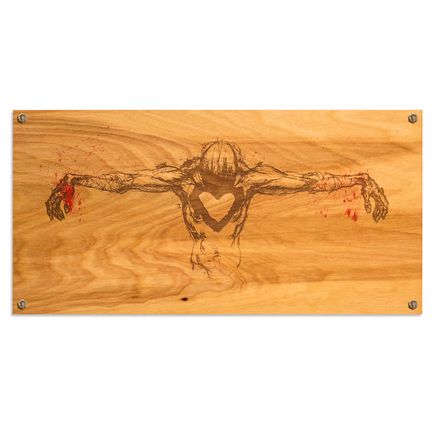 Derek Hess
Burned Out
Run of 50
ARCHIVED
This run is not on sale. Check the product page for more info.
Favorite 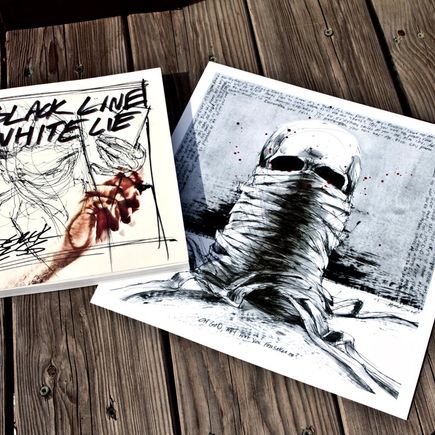 Derek Hess
Ground
Run of 1
ARCHIVED
This run is not on sale. Check the product page for more info.
Favorite 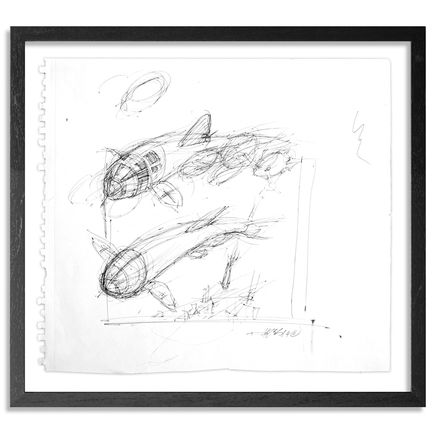 Derek Hess
White Sucker He 111's with Bluegill Support - Blitz, London - Original Sketch
Run of 1
ARCHIVED
This run is not on sale. Check the product page for more info.
Favorite 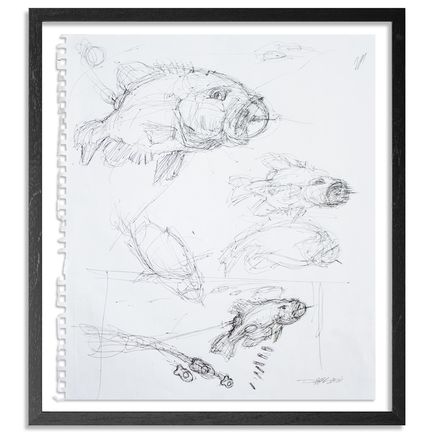 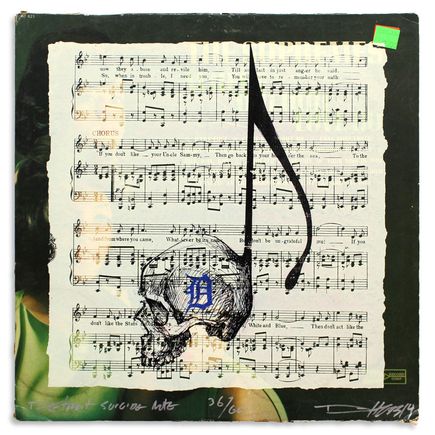