SOLD OUT
Favorite
IN THIS COLLECTION:
Spacebounce
4 Artworks0 Available 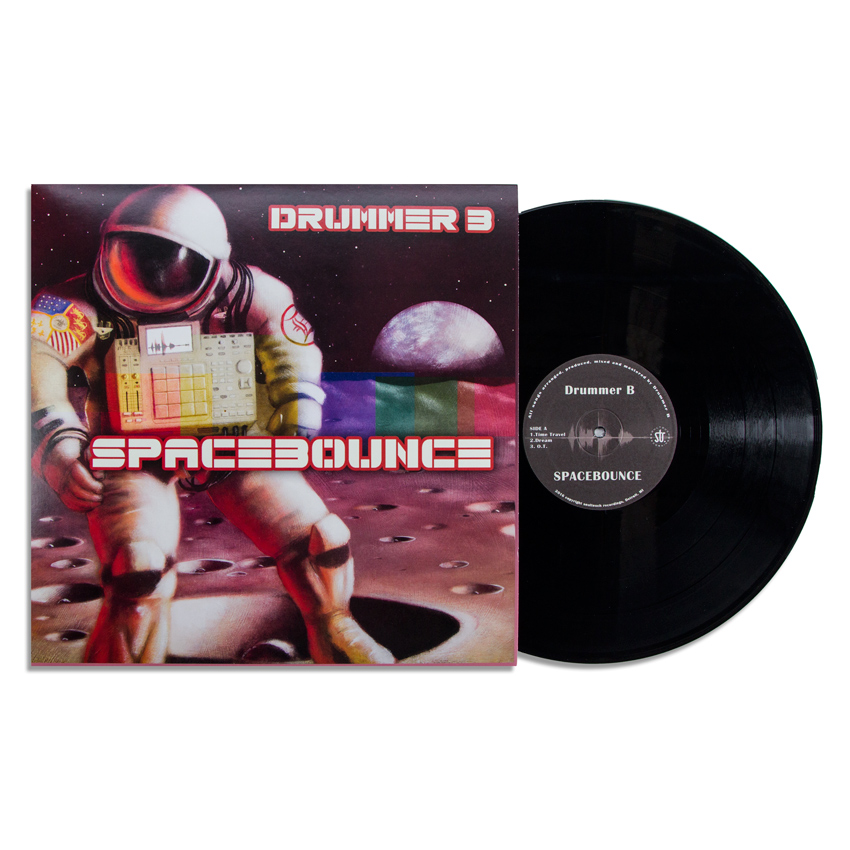 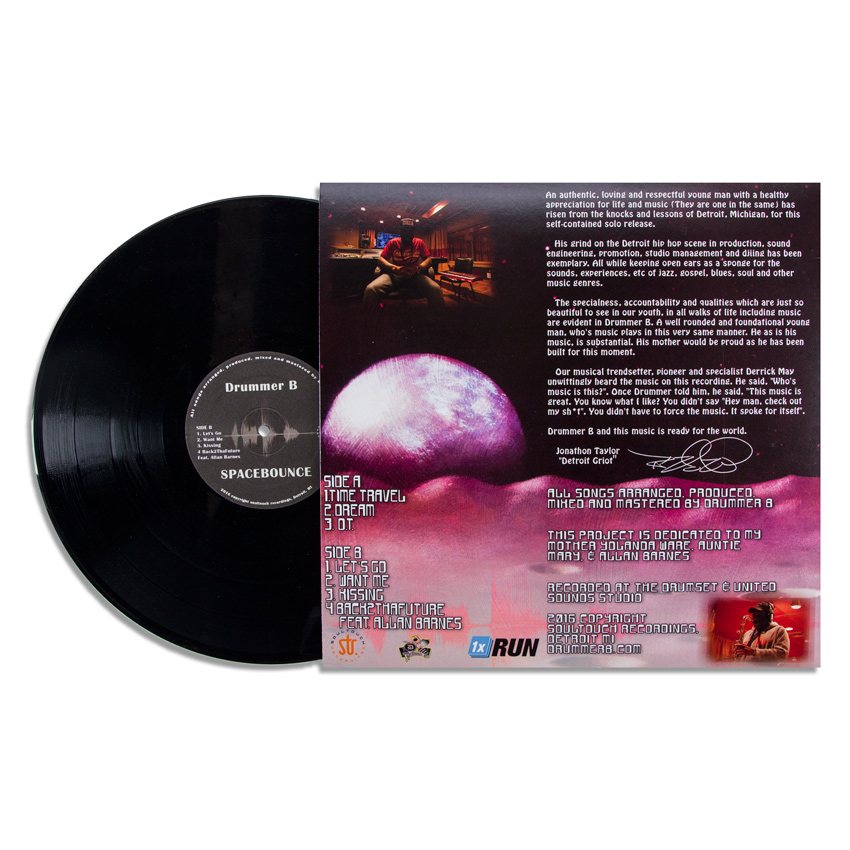 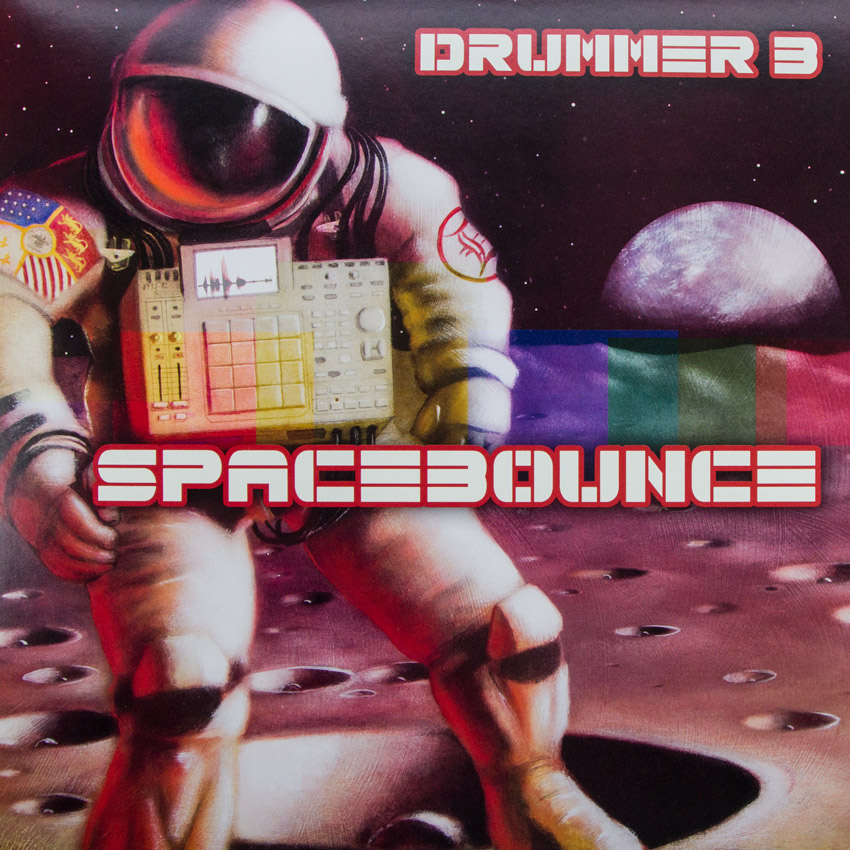 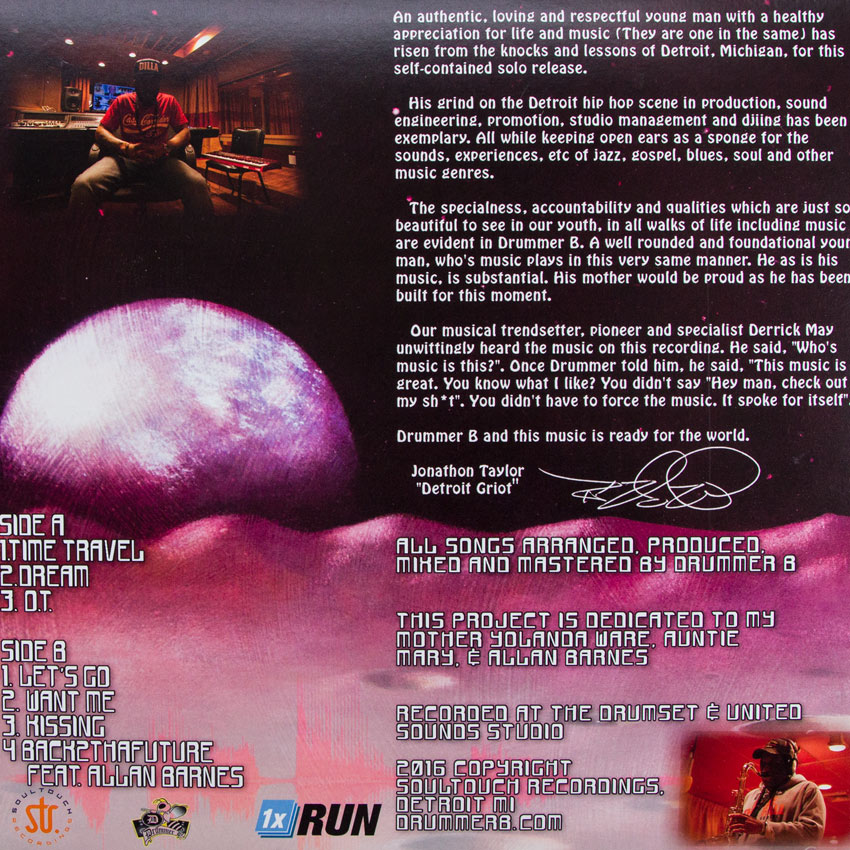 ABOUT THIS ART:
"This is my first official release on my label Soul Touch Recording. I have projects that I have released in the past digitally, but because this my first vinyl,  I consider it my first official release. This album is also a new style and flavor of music that people are not used to hearing from me, because I come from a strong hip-hop back ground. The sound of this album is an influence of all the music that I grew up with. I call this new sound of mine Space Bounce because it's not just techno, hip hop or trap... it's just Space Bounce. I was also able to collaborate with my uncle, the late great Allen Barnes from legendary jazz group The Blackbyrds" - Drummer B


ABOUT THE ARTIST:
Drummer B is a self-made producer, DJ, art collector and musical tastemaker, who reigns supreme with a nameplate that carries weight among Detroit’s music elites. Born and raised in Detroit, Leonard Ware also known as Drummer B, is no stranger to the music and entertainment industry. His in-depth knowledge and experience in engineering, production, manufacturing, deejaying and executive producing have landed Drummer B credits on music and video projects around the world. 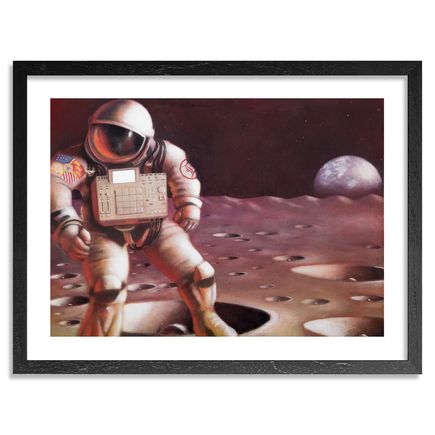 Drummer B & Ron Zakrin
Spacebounce - Limited Edition Prints
Run of 33
ARCHIVED
This run is not on sale. Check the product page for more info.
Favorite 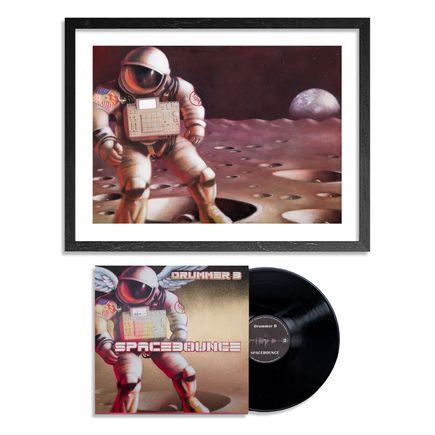