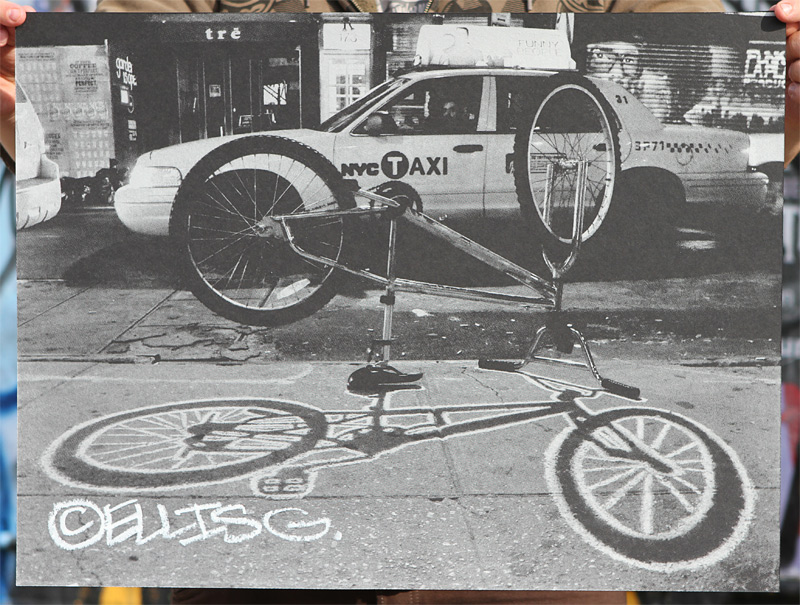 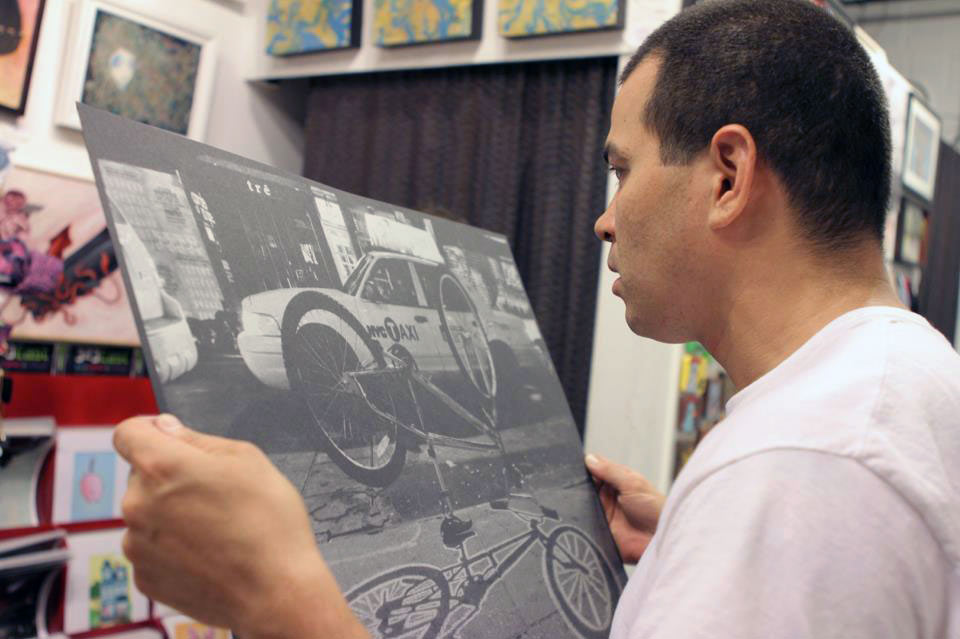 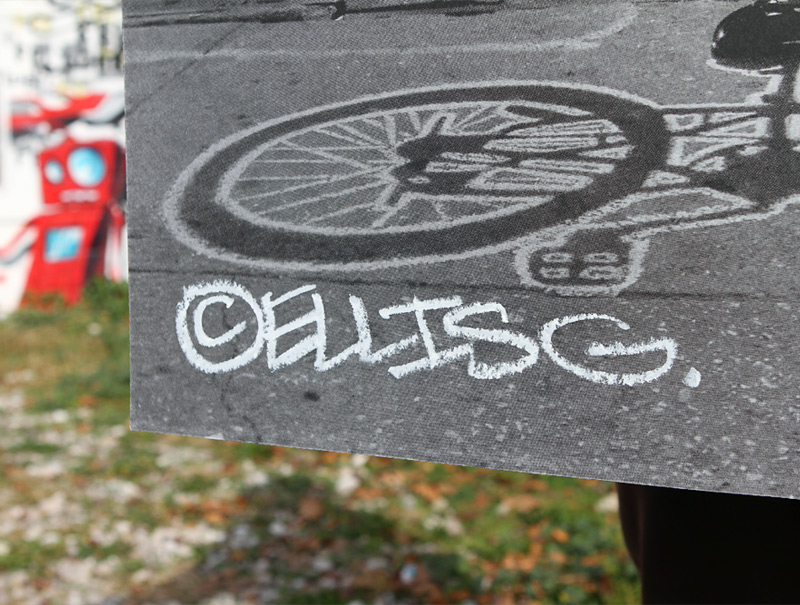 ABOUT THIS ART:
*This release is part of the current exhibition "The Future is Now pt2" at 323East Gallery that opened on November 5th. Ellis flew into Detroit with concepts in mind and made the works in the Gallery on Friday night, wrapping up just a few hours before the opening.

Coming home after work one night, Ellis was robbed at the doorstep of his apartment. He vividly remembers a shadow passing over him while he was facing the door, and he turned around to a man with a two foot machete. Inspired by this incident, he became aware of every shadow he passed and began using chalk to outline them.

Ellis' distinctive (and temporary) street art has since been appearing around New York for years. This photo that was screen printed was taken in the Lower East Side of Manhattan. 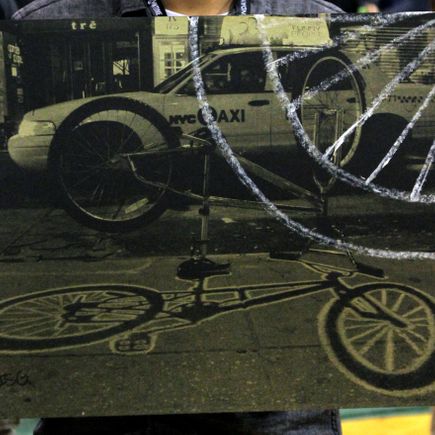 Ellis G
Ludlow Bike
Run of 15
ARCHIVED
This run is not on sale. Check the product page for more info.
Favorite 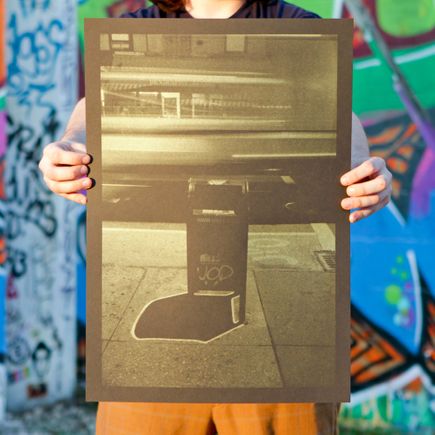 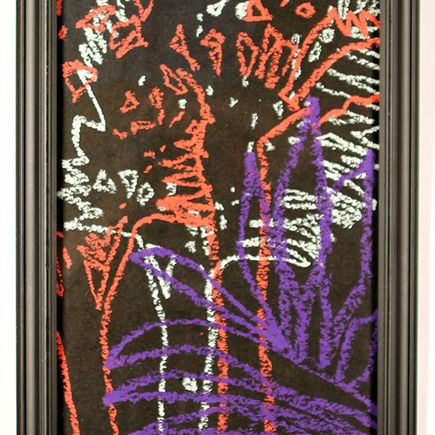 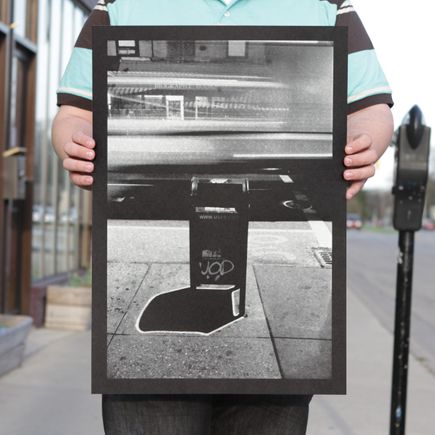 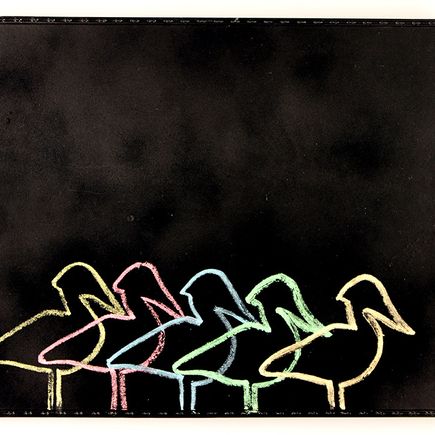 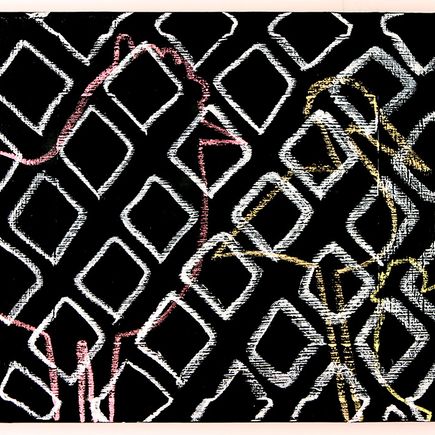