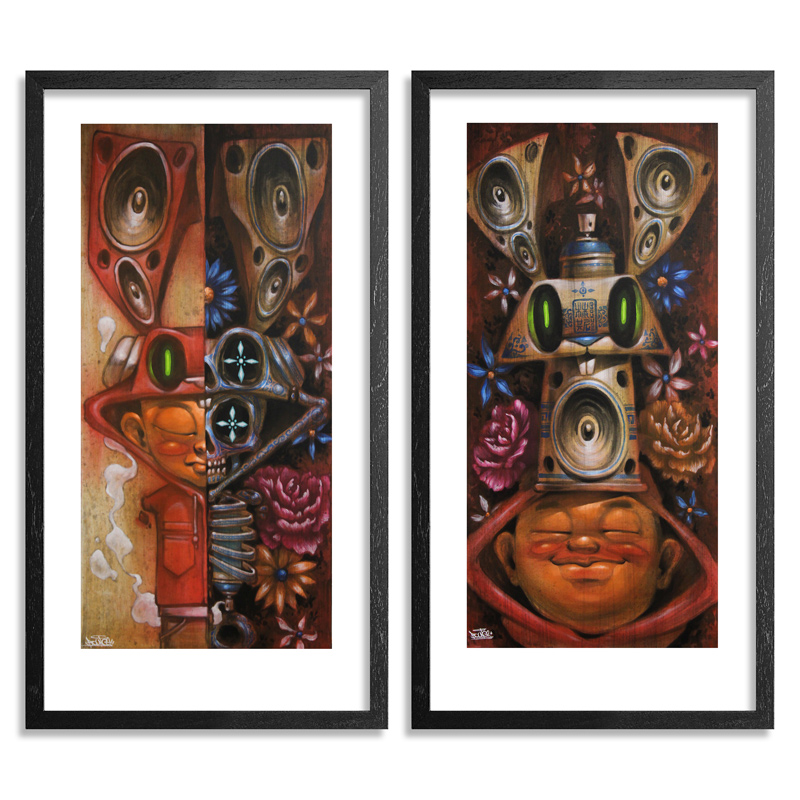 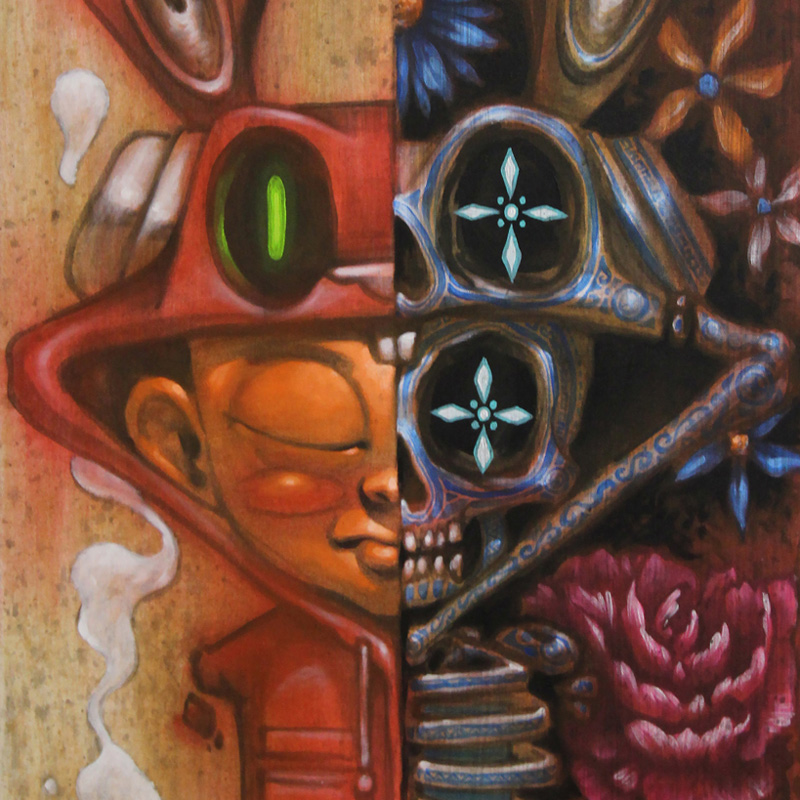 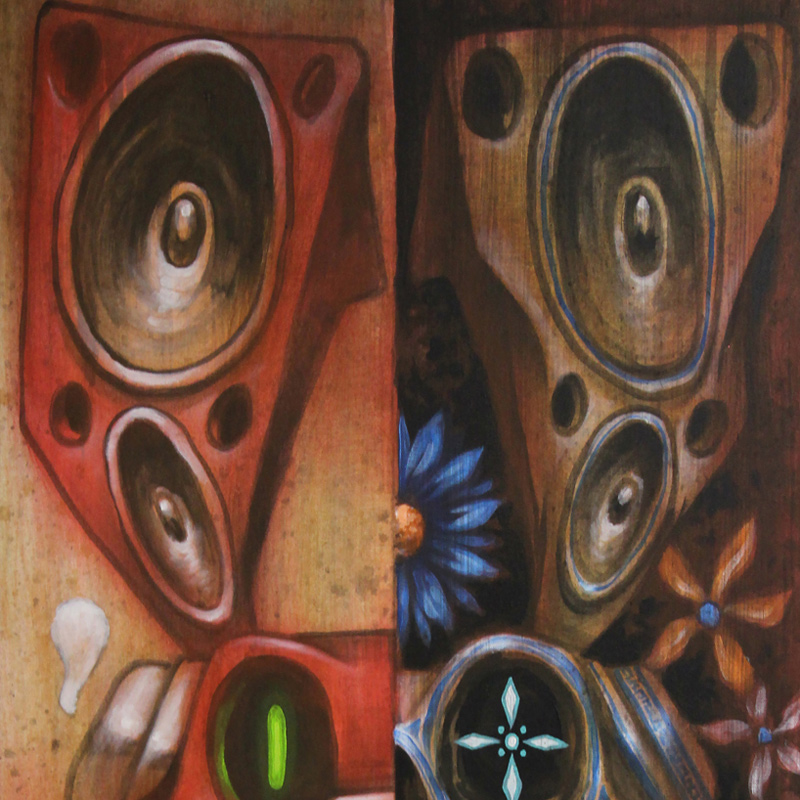 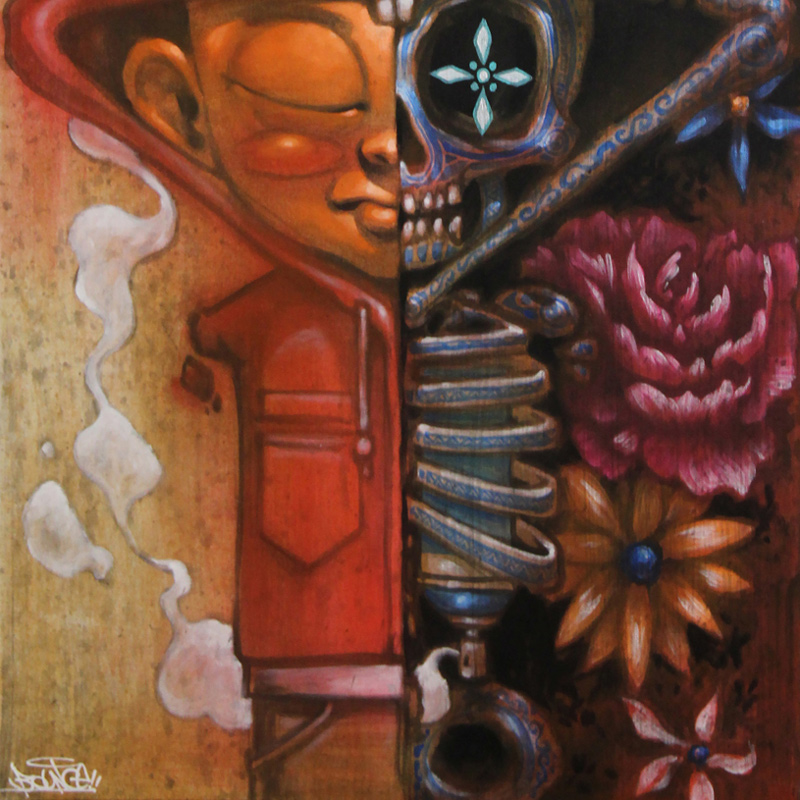 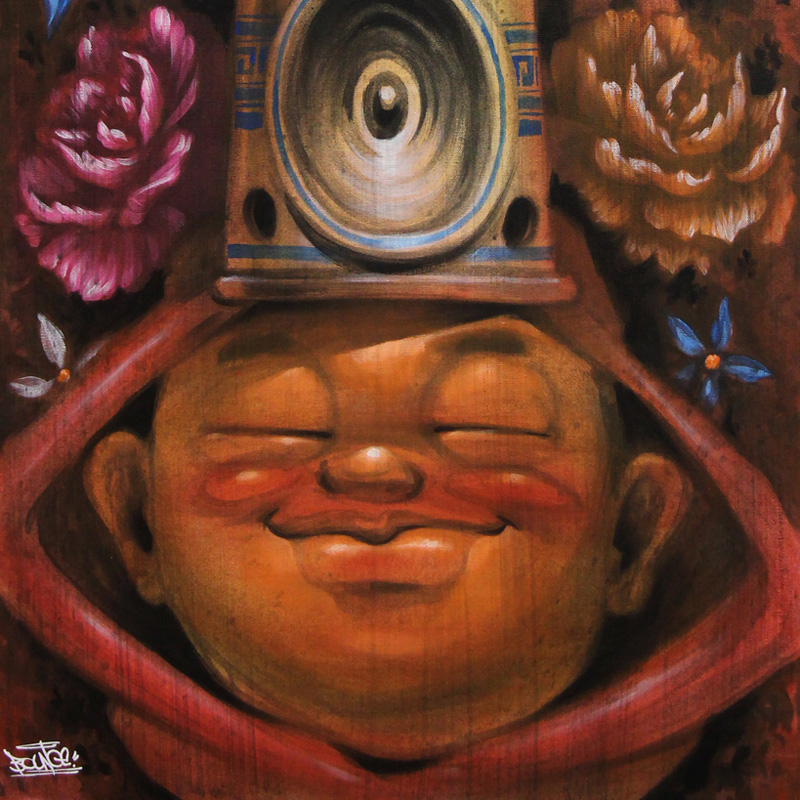 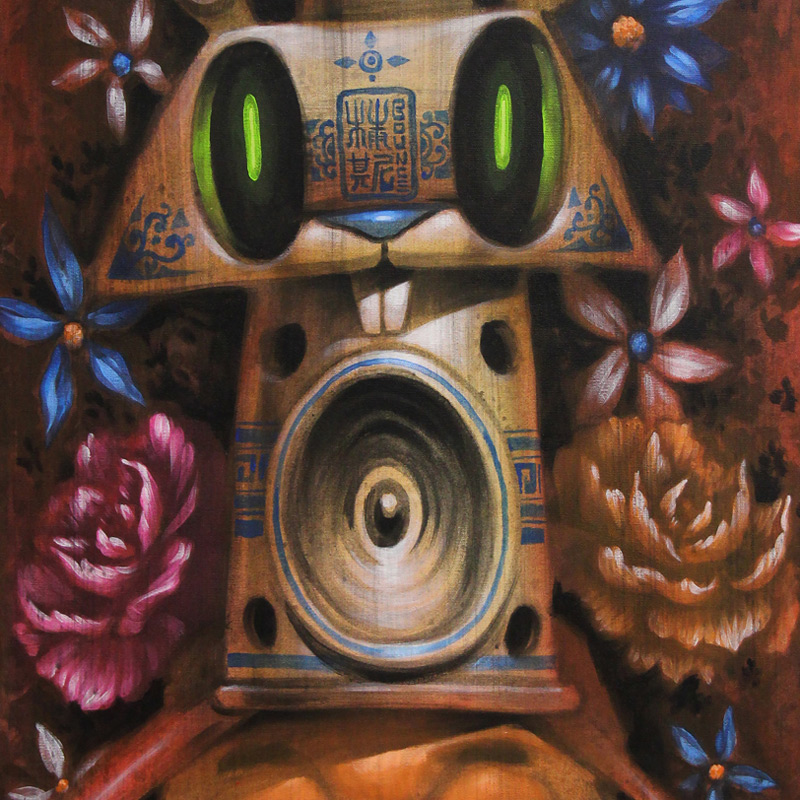 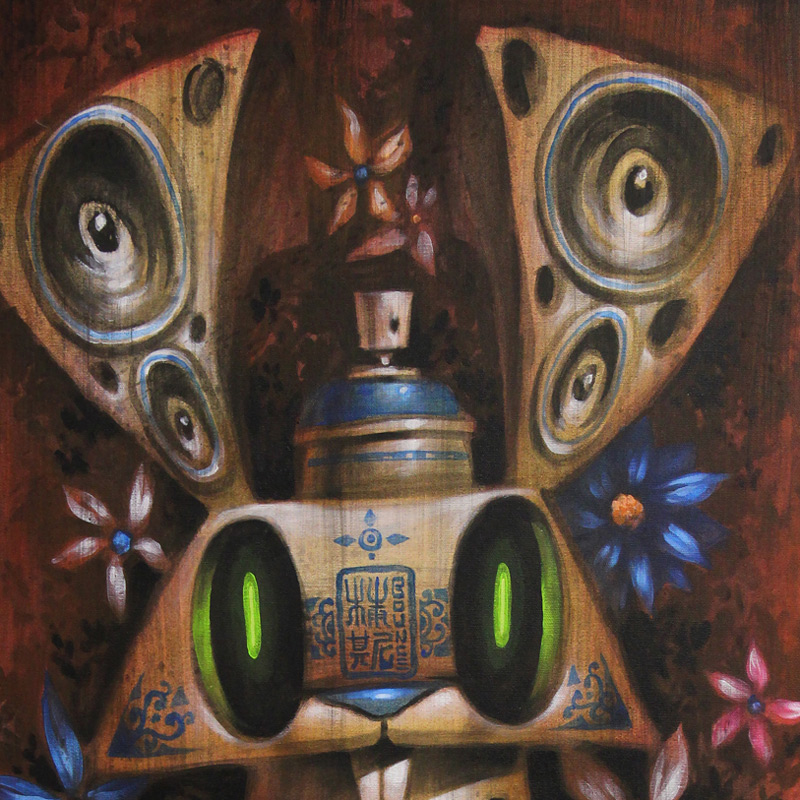 The framing for this RUN includes a 1 inch black wood frame with UV-glass, foam core backing and ready to hang hardware.

Centered around a week-long event in Hawaii, POW! WOW! has grown into a global network of artists and organizes gallery shows, lecture series, schools for art and music, mural projects, a large creative space named Lana Lane Studios, concerts, and live art installations across the globe. The central event takes place during Valentine’s Day week in February in the Kaka’ako district of Honolulu, and brings over a hundred international and local artist together to create murals and other forms of art. The festival is expanding to cities and countries such as Taiwan, Long Beach, Israel, Singapore, Jamaica, Washington D.C., Guam, New Zealand, Germany and more.
MORE
ABOUT Bounce:
2005 began with "BOUNCE" walk in the name of the street. Bounce creates a part of his rabbits, his graffiti also has a part of his story, leaving the city to add a point story. Escape their traditional art background, found inside the most primitive cells, rebellious and interesting graffiti writing power.

Served as Taipei Artist Village residency artists, and invited more than Adidas, NIKE, PONY, VANS, G-SHOCK, DIESEL, EASTPAK, OUTDOOR, Timberland and other international brands .. and exhibitions, events live performances, in 2006 invited to Xbox 360 "FUSED" fashion exhibition, invited the creators of art, including France 123Klan, Britain Dave White and Ded, Singapore SBTG and Phunk Studio, Japan Doppel and Meg aka Trip, New York Honest, Philippines Electrolychee, and Taiwan Bounce so a total of 10. 2007 invited Asustek (ASUS) and DELL computer chassis new graffiti design exhibition on display in Shanghai, participated in numerous exhibitions at home and abroad, in 2011 the graffiti art into the Taipei Museum of Contemporary United States "is not the end of the 2013" exhibition in, and let the graffiti art platform to enter the art market, just at the beginning of 2013 BOUNCE in France and Switzerland for the first time held his own solo creations, but also Taiwan's first graffiti art to the international art platform artist. So far in addition to graffiti art, but is also involved in a lot of movies and advertising, music video storyboard drawing, art production, is also a visual communication designer artist's toy designer, as many brands of designer and brand endorsements artists.

In my work I have created a the part of my rabbit, I call it the "bounce". "Bounce" has bounce, bounce, jump intended. "Bounce" of life experience, was born in a beautiful forest, but it was born blind, has no hands, it can not see this beautiful world also can not touch this world, it can only be its only remaining a pair of ears to listen to the world, but why this forest is so quiet. Because of its unique, so it's become a bit eccentric personality, rebellious, once again the opportunity, there is a group of young people from driving through the city, this tranquil forest, the car also placed the hustle and music thundered too, just to be heard it is this rhythm, music is such a shock, people have wanted to follow the beat of the sound together, it finally found it to be of sound, music, so it began to leave this forest outside relying on its only remaining big ears looking for the music, he found he found came we now live in cities. So we are now in the street maybe you can find "bounce" will appear in our side, his mouth saying "bounce" Looking forward to it to music, which enthusiasts! I was with the creation of this concept began in the streets, so stiff and rigid boring city in a little lively, vivid colors and narrative.