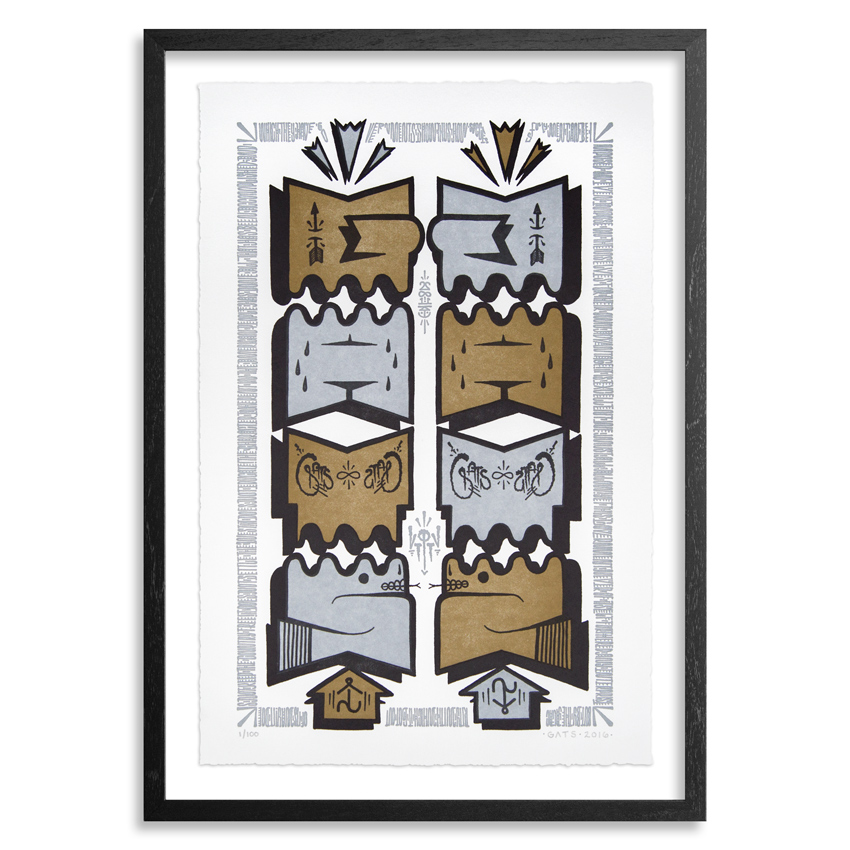 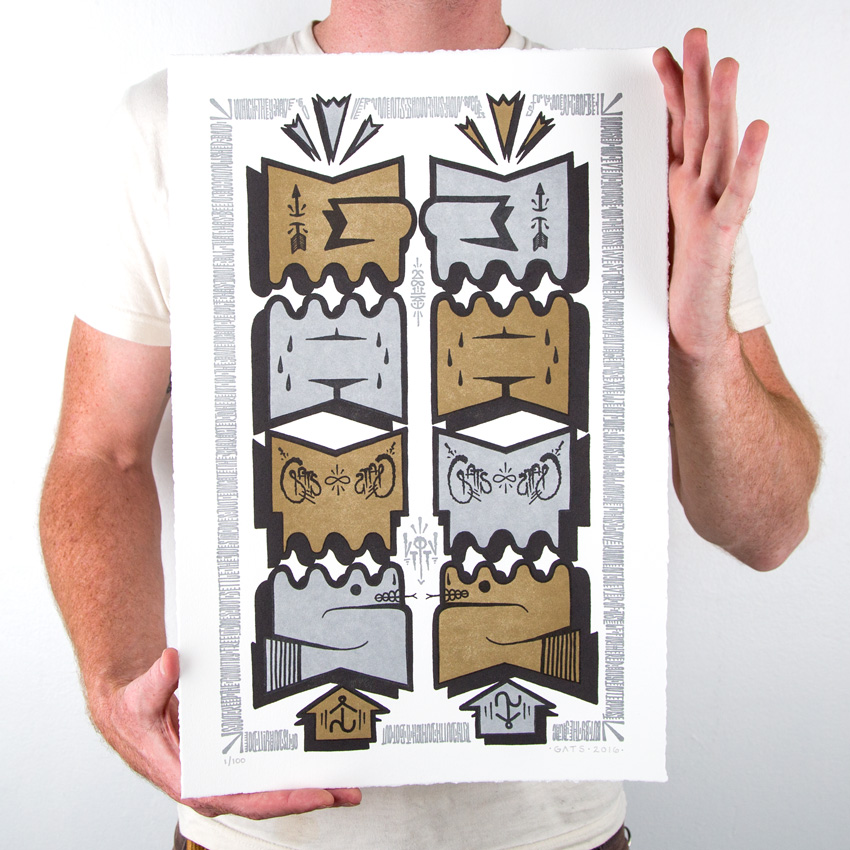 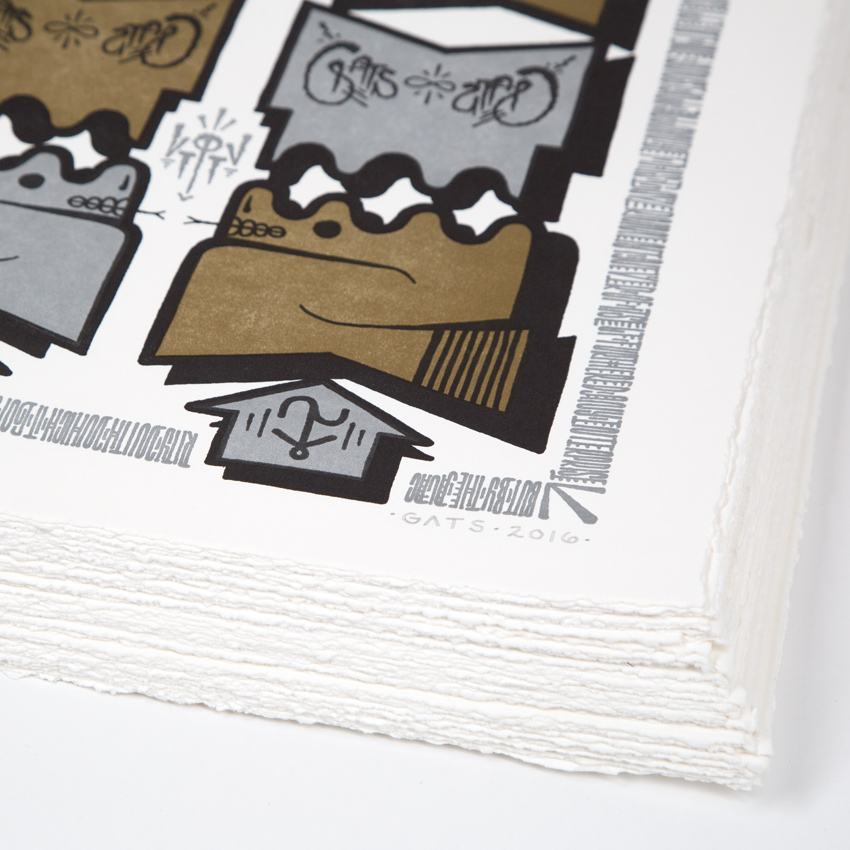 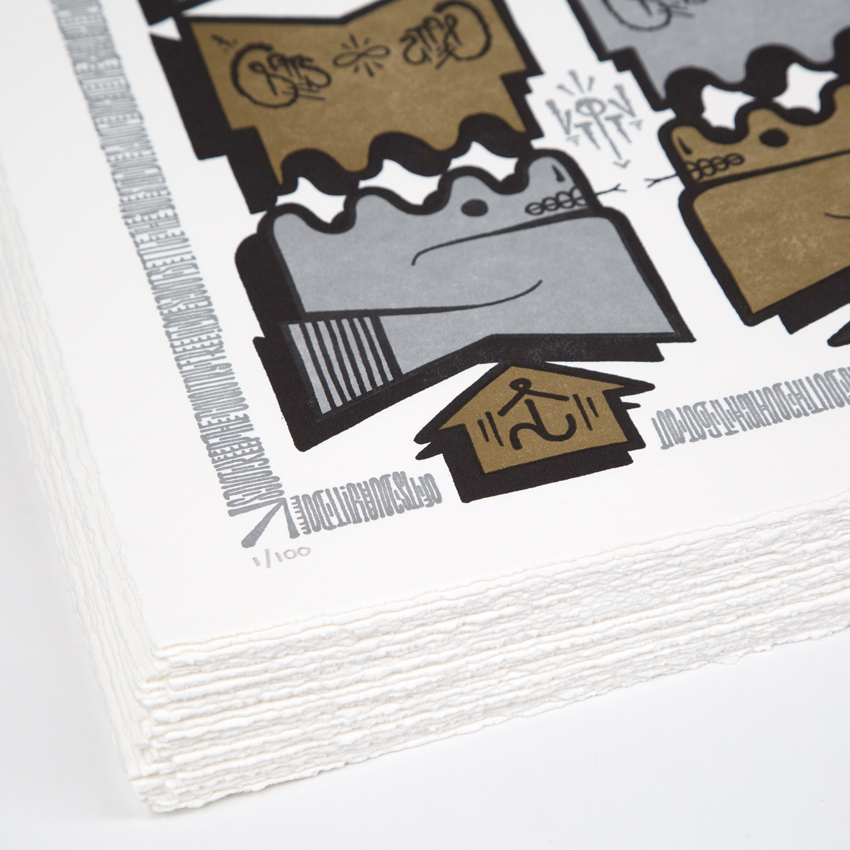 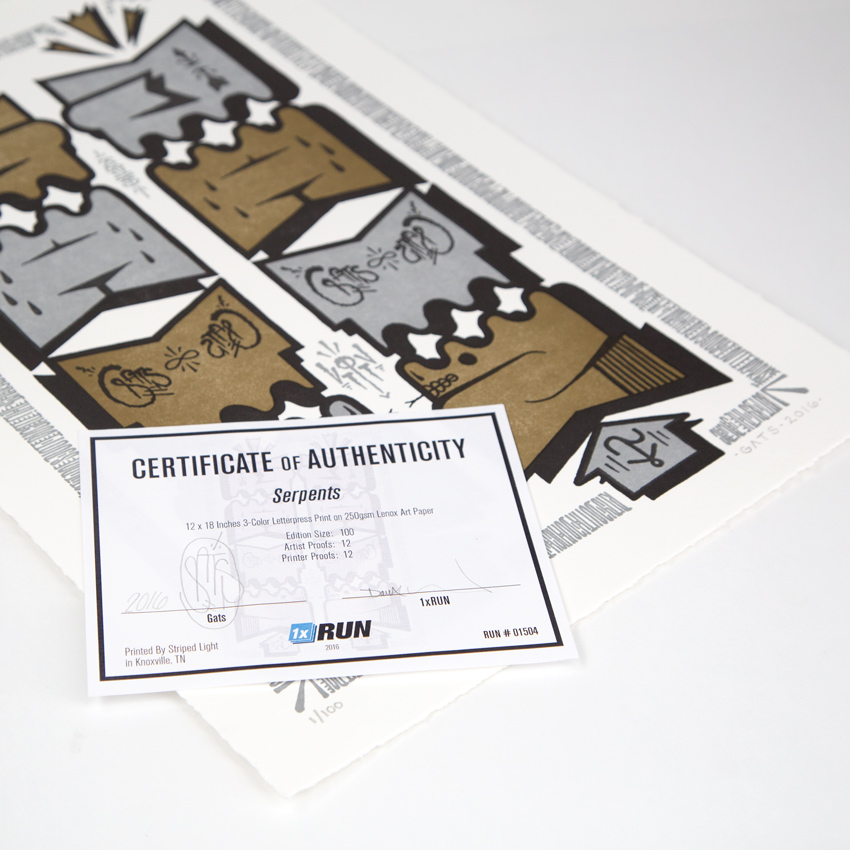 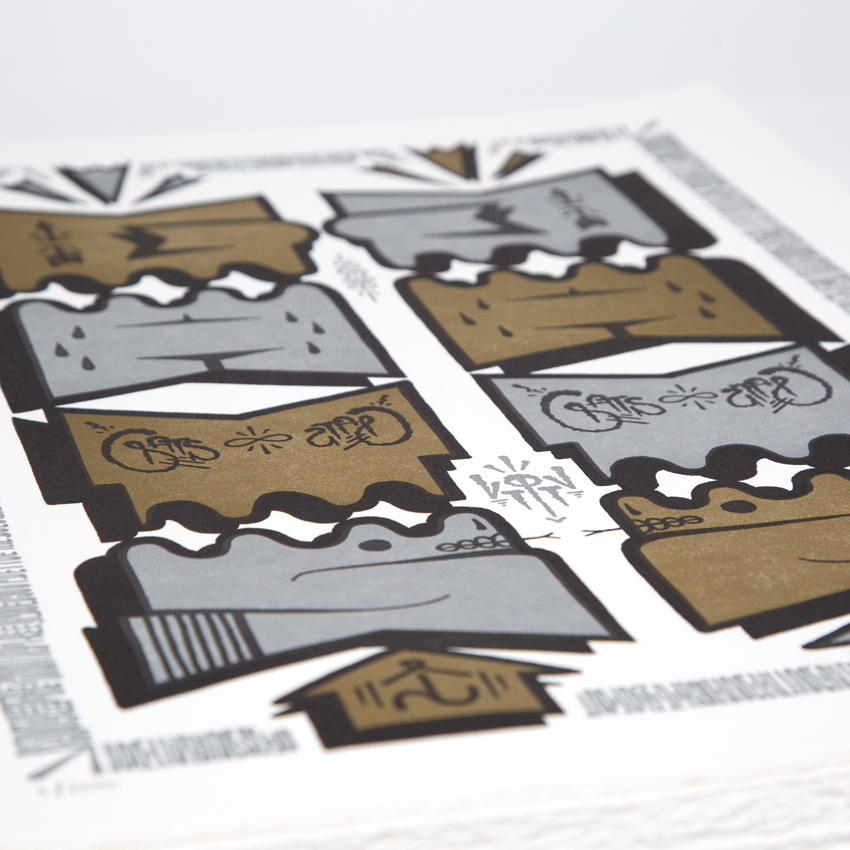 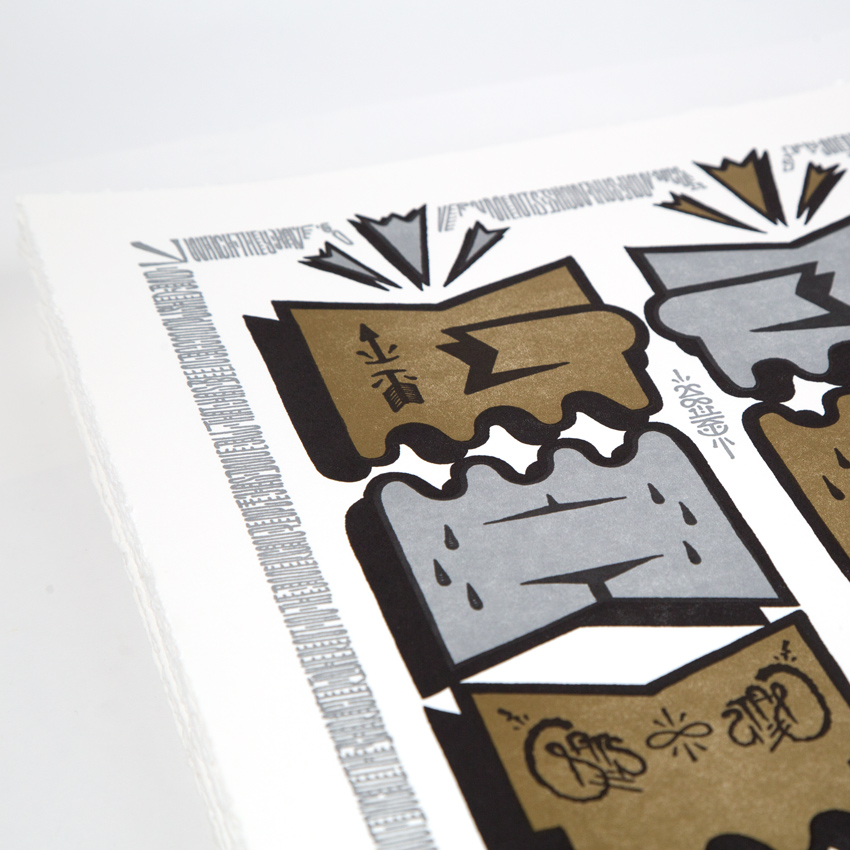 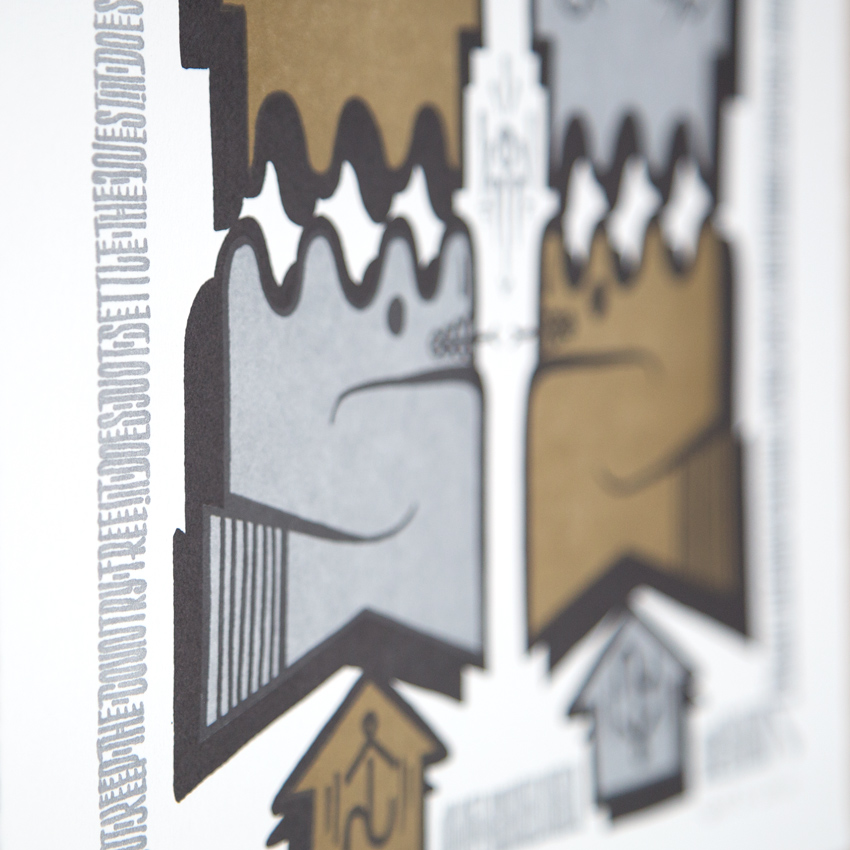 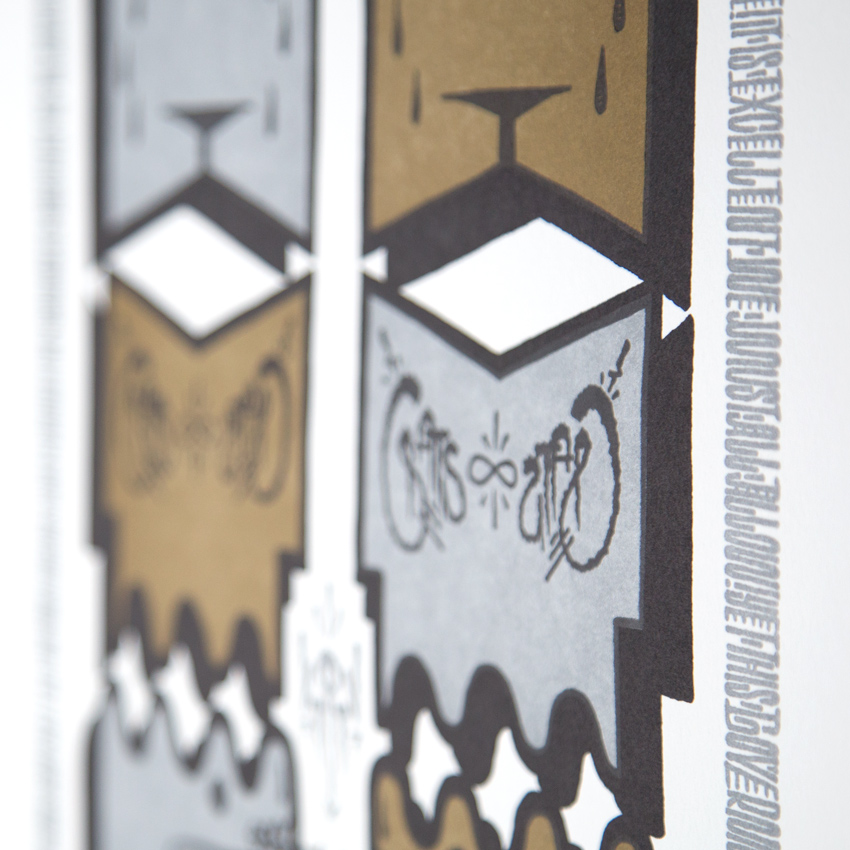 "The serpent is symbolic of the fertility of nature and man's connection to the earth. It is also associated with early understanding of the sky, galaxy and the infinite. It's appropriate for graffiti because like a serpent sheds its skin, I'm leaving behind a form of myself and continuing on.

Growing up in California and living on a fault line, I'm also fascinated by earth quakes which has been showing up in my recent works. In Norse Mythology, the trickster god Loki orchestrated the death of a god named Baldr. As punishment Loki was bound by the intestines of one of his sons and a serpent was placed above him. When venom drips on him he writhes in pain creating earth quakes. " - Gats


ABOUT THE ARTIST:
Based on the West Coast, Gats is a multi-talented, internationally known artist, recently recognized by the East Bay Express as Best Street Artist in 2013. Working mainly at night, his work saturates the Bay Area.

Find more by Gats at gatsone.tumblr.com

Follow Gats on Instagram @gatsptv
MORE
ABOUT Gats:
Based on the West Coast, Gats is a multi-talented, internationally known artist, recently recognized by the East Bay Express as Best Street Artist in 2013. Working mainly at night, his work saturates the Bay Area.

MORE
MORE FROM Gats
SOLD OUT
Run of 100
Favorite 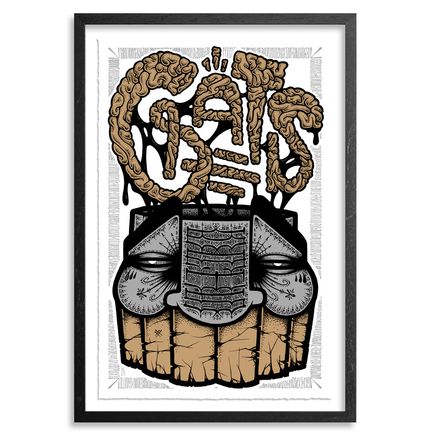 Gats
Mind Over Matter
SOLD OUT
Run of 100
Favorite 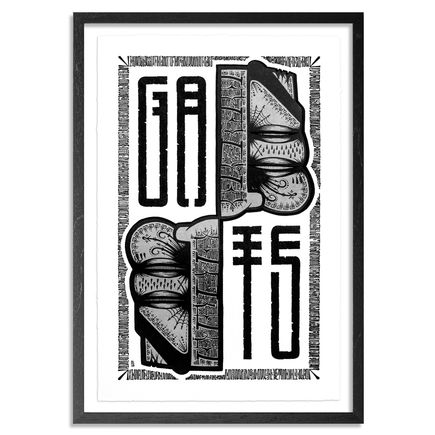 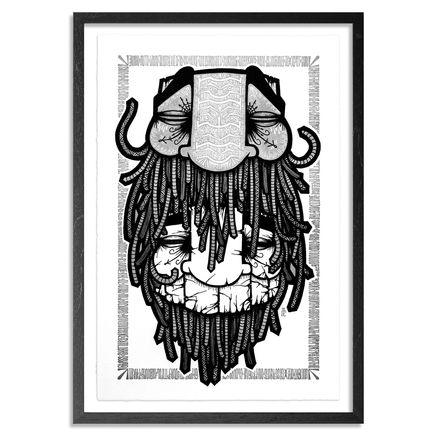 Gats
Life Over Death
SOLD OUT
Run of 40
Favorite 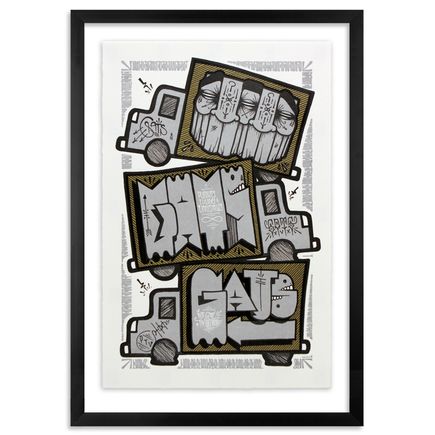 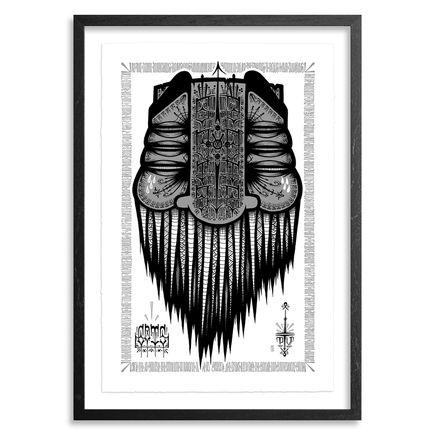 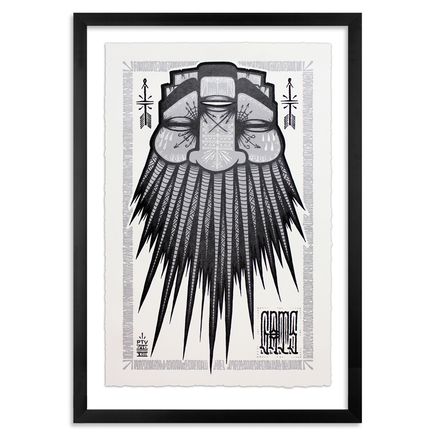