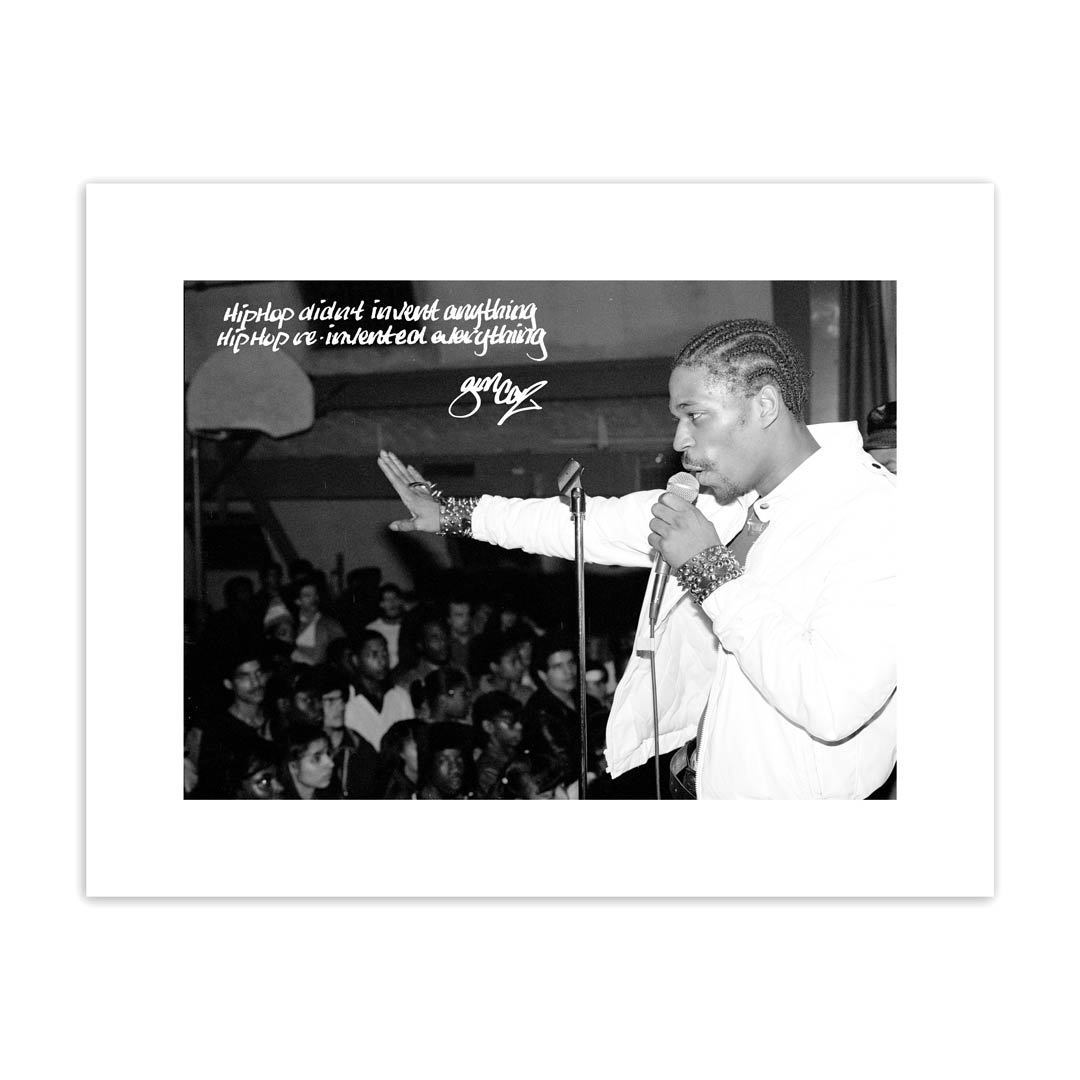 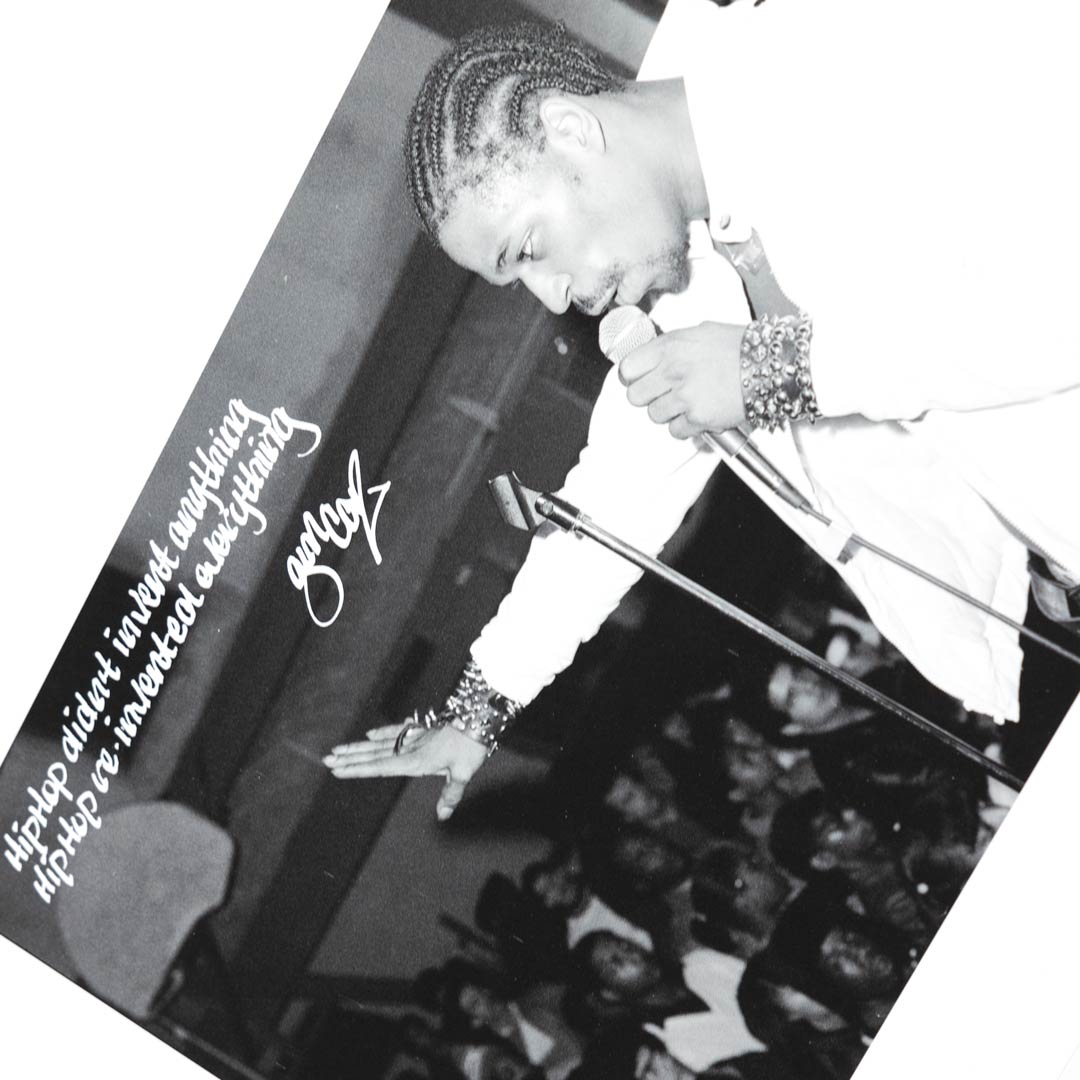 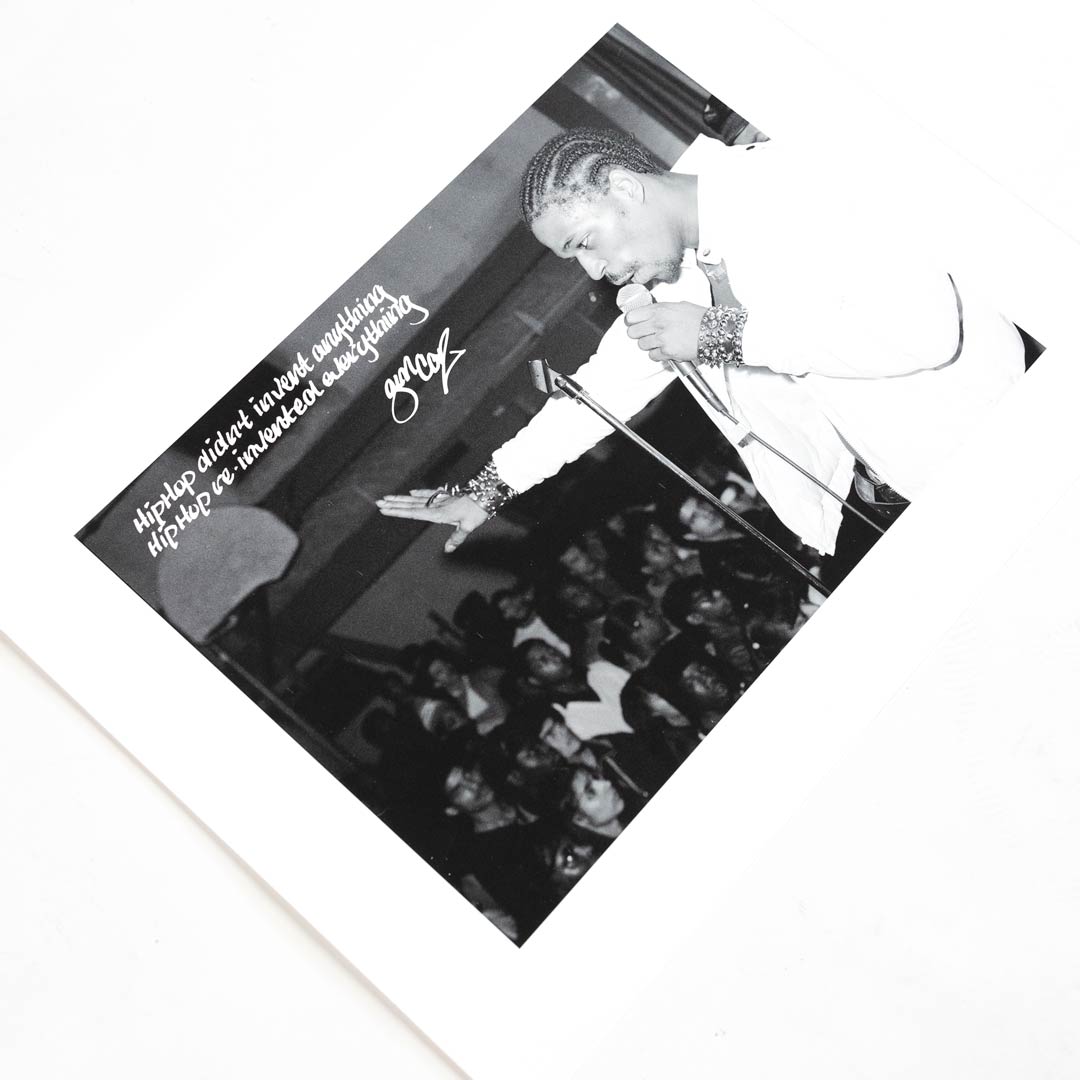 ABOUT Grandmaster Caz & Joe Conzo, Jr.:
The first simultaneous DJ and MC in hip-hop history, Grandmaster Caz is perhaps best known for rhymes he didn't even perform -- namely, the uncredited verses that Big Bank Hank borrowed for the groundbreaking Sugarhill Gang single "Rapper's Delight." The fact that neither Caz nor his group the Cold Crush Brothers ever recorded an official full-length album also doesn't help shed much light on his legacy -- an unfortunate injustice, considering he was one of the most important and influential pioneers of old school rap.

Grandmaster Caz was born Curtis Fisher and grew up in the Bronx, where DJ Kool Herc began playing block parties in the early '70s. Caz attended his first Herc party in 1974, and was amazed by the huge, booming sound system and the way Herc worked the crowd. Inspired to try doing the same thing, he immediately purchased some equipment and adopted the DJ name Casanova Fly (which later morphed into Grandmaster Caz). After honing his skills, Caz teamed up with JDL (aka Jerry Dee Lewis) to form the Notorious Two, and during this period became the first DJ to rap while handling records on the turntables. Both Caz and JDL joined the Cold Crush Brothers circa 1978-1979, with Caz becoming a full-time MC.

In 1979, former R&B singer and label head Sylvia Robinson discovered Caz's friend Big Bank Hank rapping along with one of Caz's practice tapes. Impressed, she invited him to become the third member of a studio rap group called the Sugarhill Gang, which was set to record the first rap single. Without revealing the true author, Hank went to Caz and asked to borrow the rhymes for the record; Caz agreed, hoping for an eventual favor in return -- which never materialized, and neither did songwriting credit or royalties. Despite that mishap, Caz did find a measure of underground success with the Cold Crush Brothers. They recorded several singles for the Tuff City label during the early '80s (compiled in 1996 on Fresh Wild Fly & Bold), and became one of the most popular live rap groups in New York during the pre-Run-D.M.C. era. Most prominently, the Cold Crush Brothers appeared in the 1983 old school hip-hop film Wild Style, which has since become a cult classic; they recorded the theme song and engaged in an MC battle with their chief rivals, Grand Wizard Theodore and the Fantastic Five.

Like most other old school artists, the Cold Crush Brothers didn't survive the advent of Run-D.M.C., and Caz launched a brief solo career in the late '80s. Again recording for Tuff City, his singles included "Mr. Bill," "Yvette," "Count Basie," "I'm Caz," "Casanova's Rap," and "Get Down Grandmaster." None of them made much of an impact, and Caz faded from the music scene for a time. With more attention being paid to the roots of hip-hop in the late '90s, Caz's name resurfaced as an early pioneer, and he began making appearances at historical conferences like the one staged in 1999 by the Rock and Roll Hall of Fame. In 2000, he released a new single titled "MC Delight," which addressed the "Rapper's Delight" controversy. ~ Steve Huey, Rovi
MORE
MORE FROM Grandmaster Caz & Joe Conzo, Jr.
$250
Run of 35
Favorite 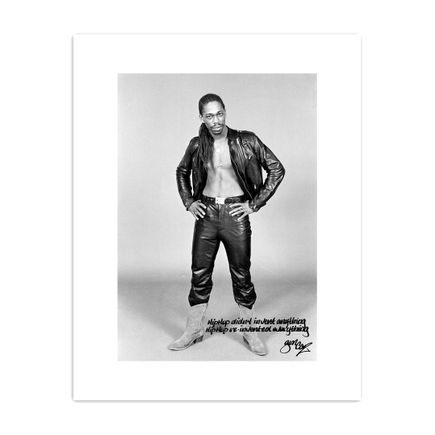 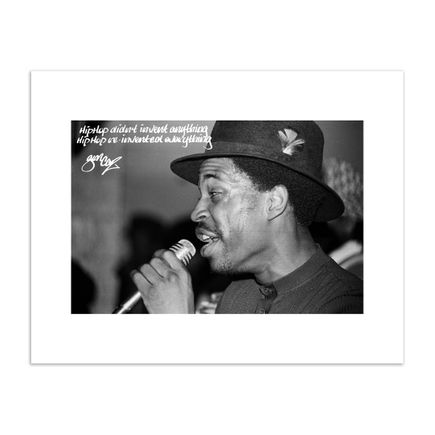 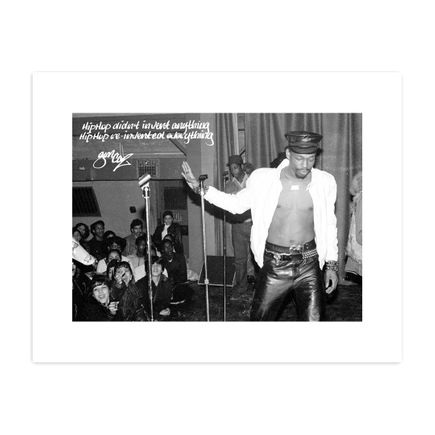 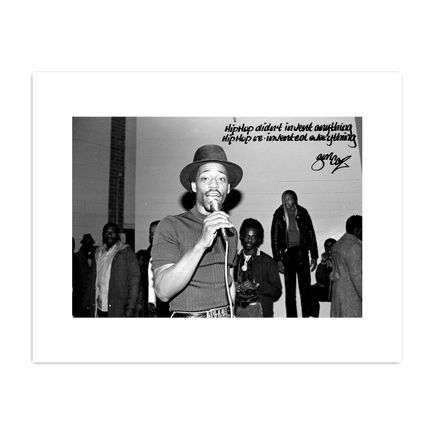 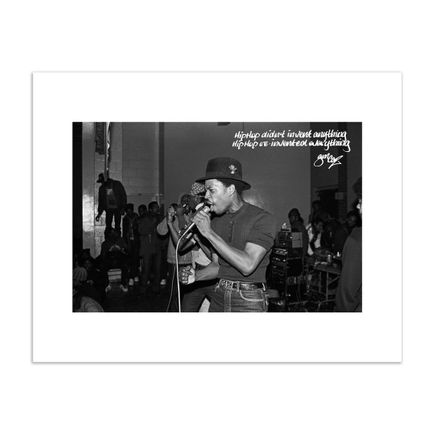 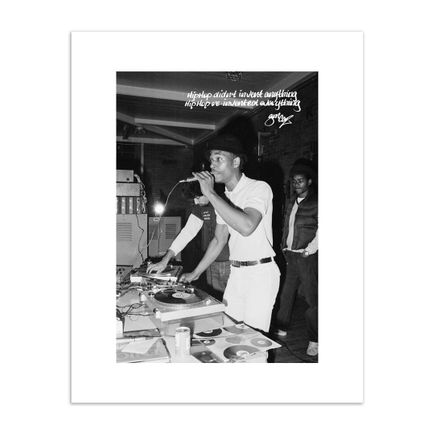