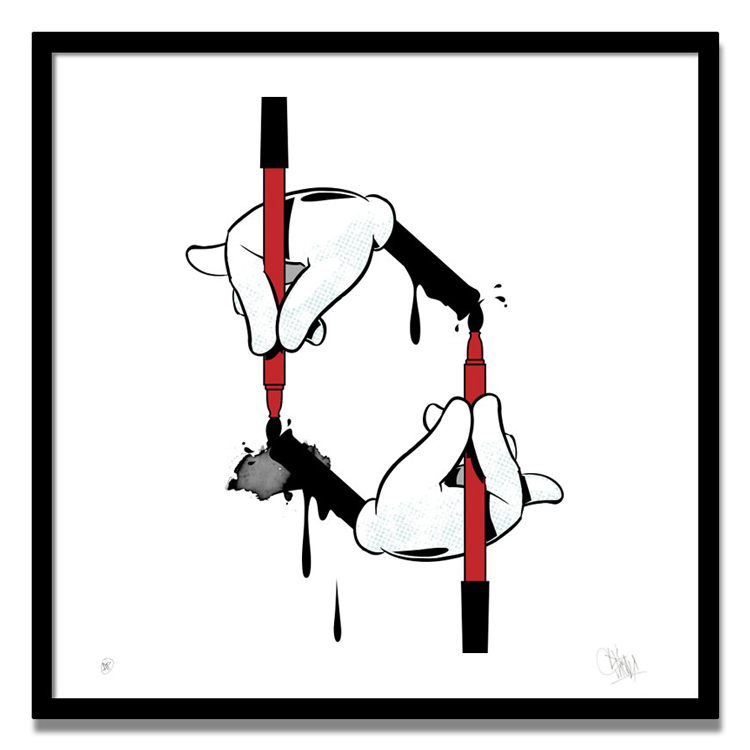 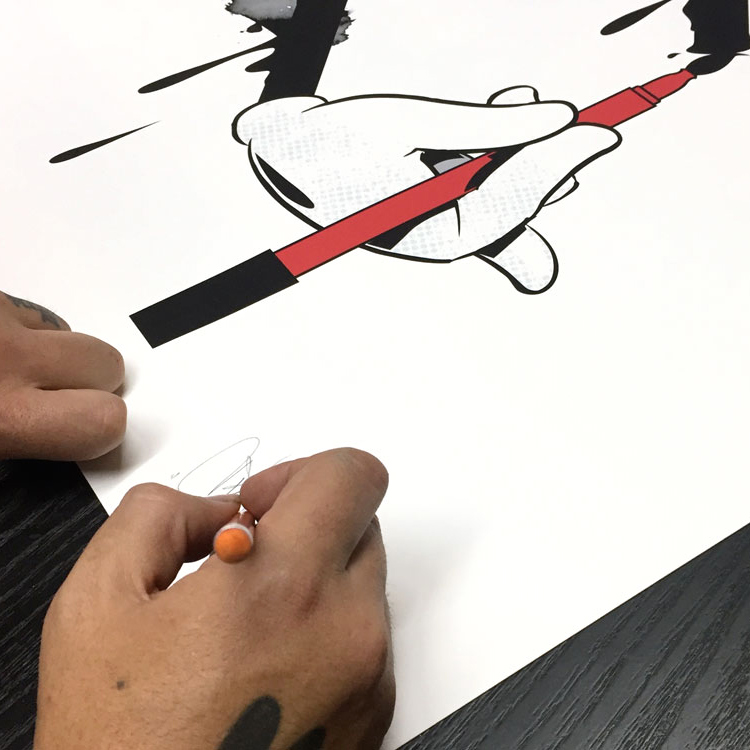 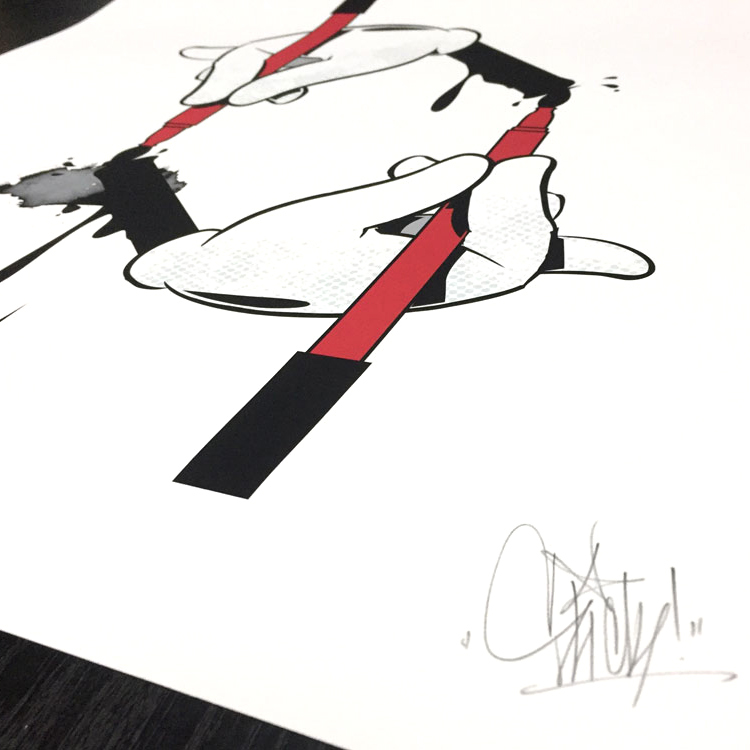 
MORE
ABOUT Slick:
Slick's rise to the top can be traced back to the mid 80's, from painting on the streets of Honolulu to the mean streets of Los Angeles. Slick spent his early years attending Art Center College Of Design during the day and doing graffiti at night. 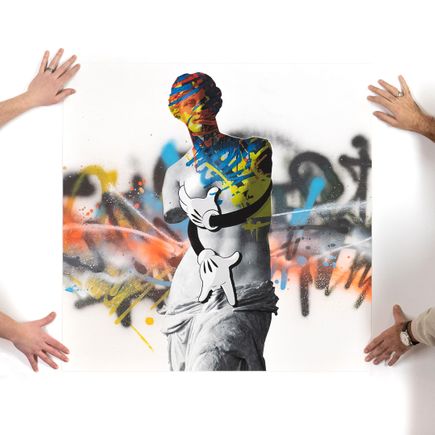 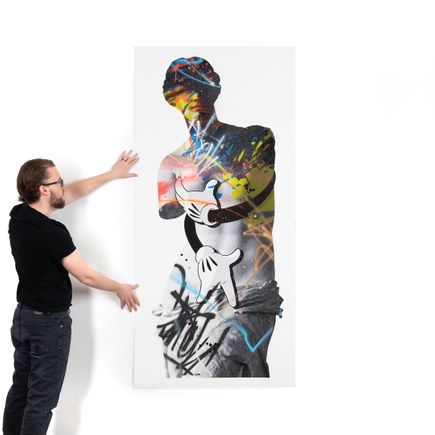 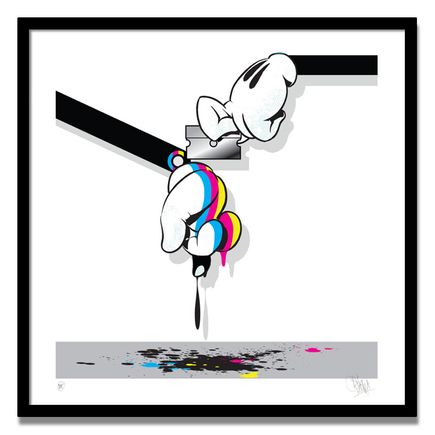 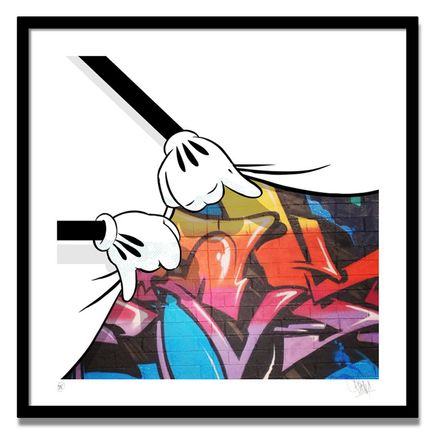 Slick
A Peeling
SOLD OUT
Run of 5
Favorite 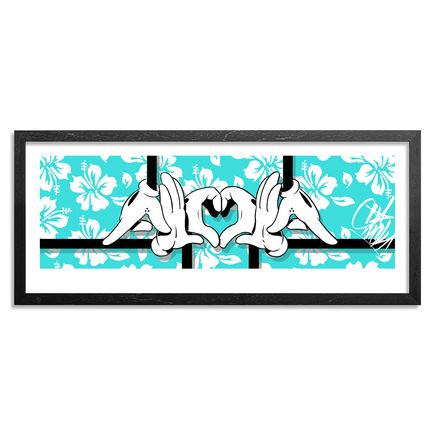 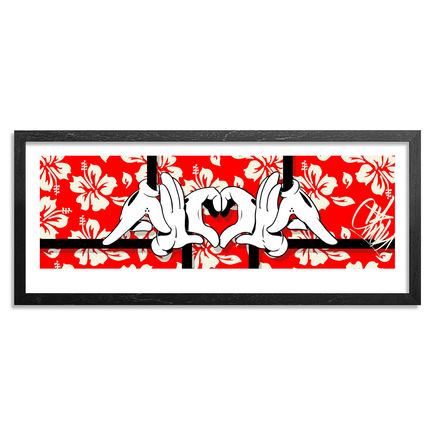