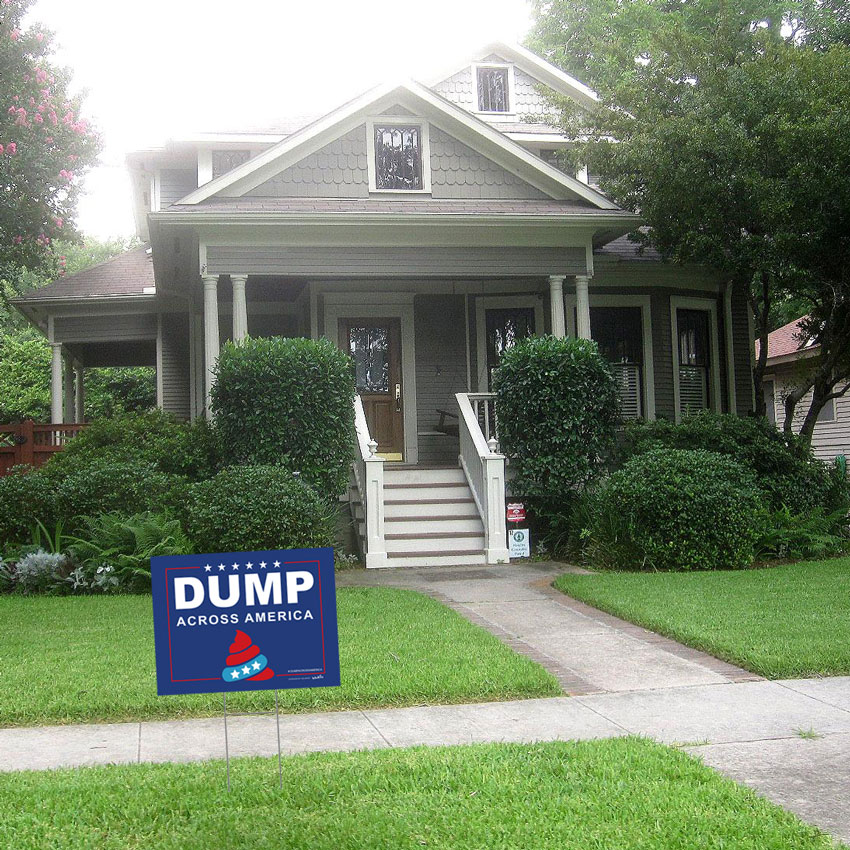 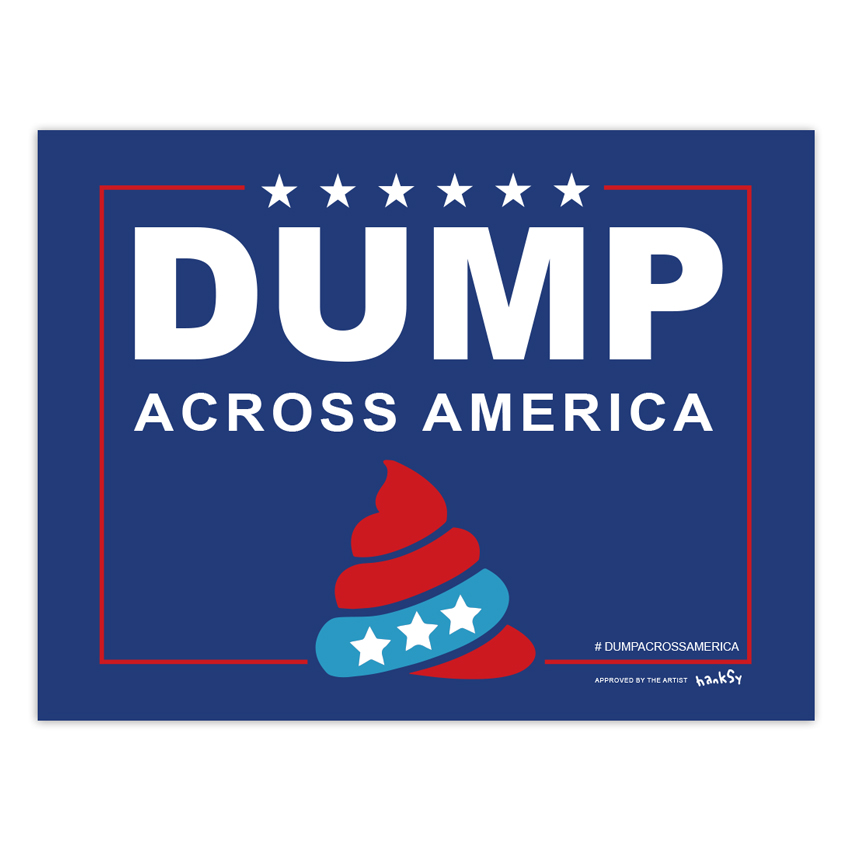 ABOUT THIS ART:
This RUN Includes:
- 1 Dump Across America Yard Sign