The New Age of Ceramics 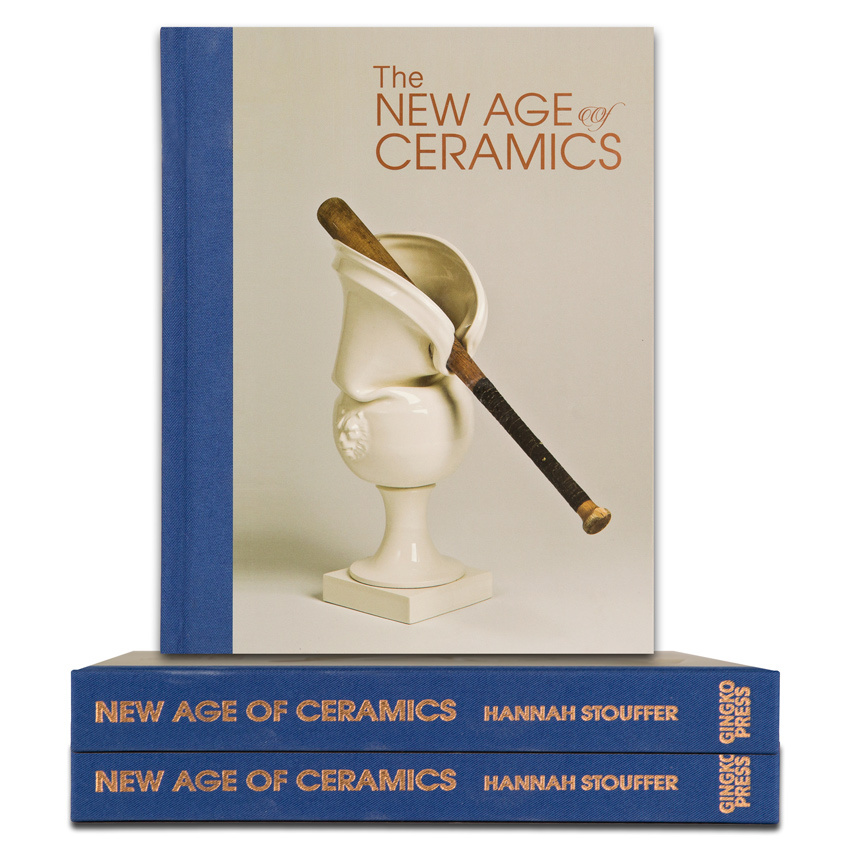 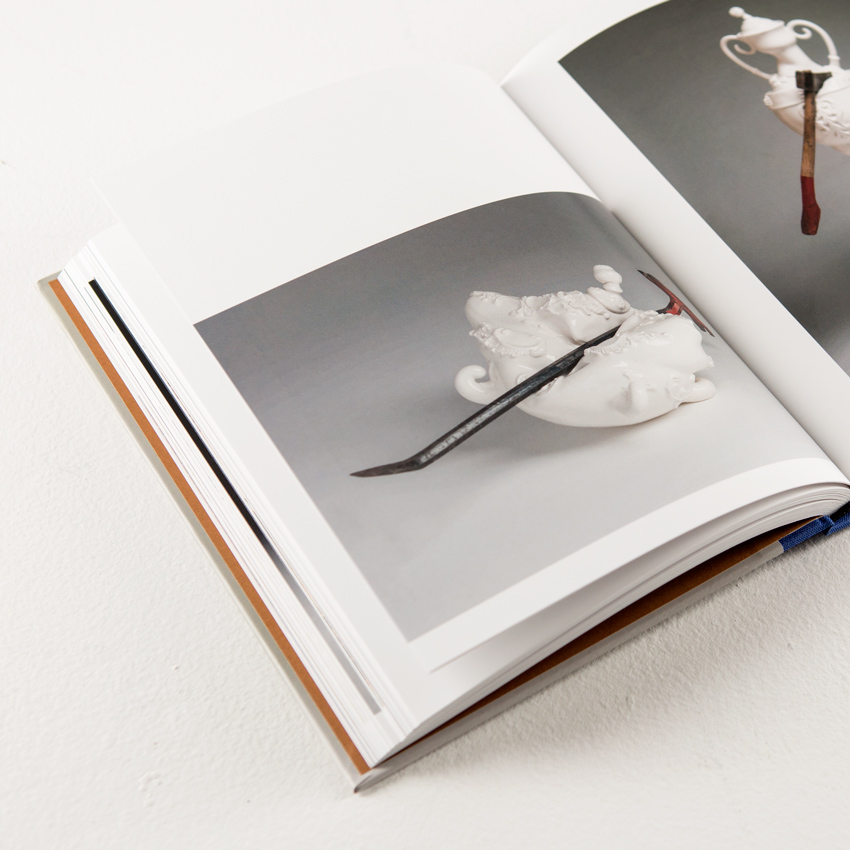 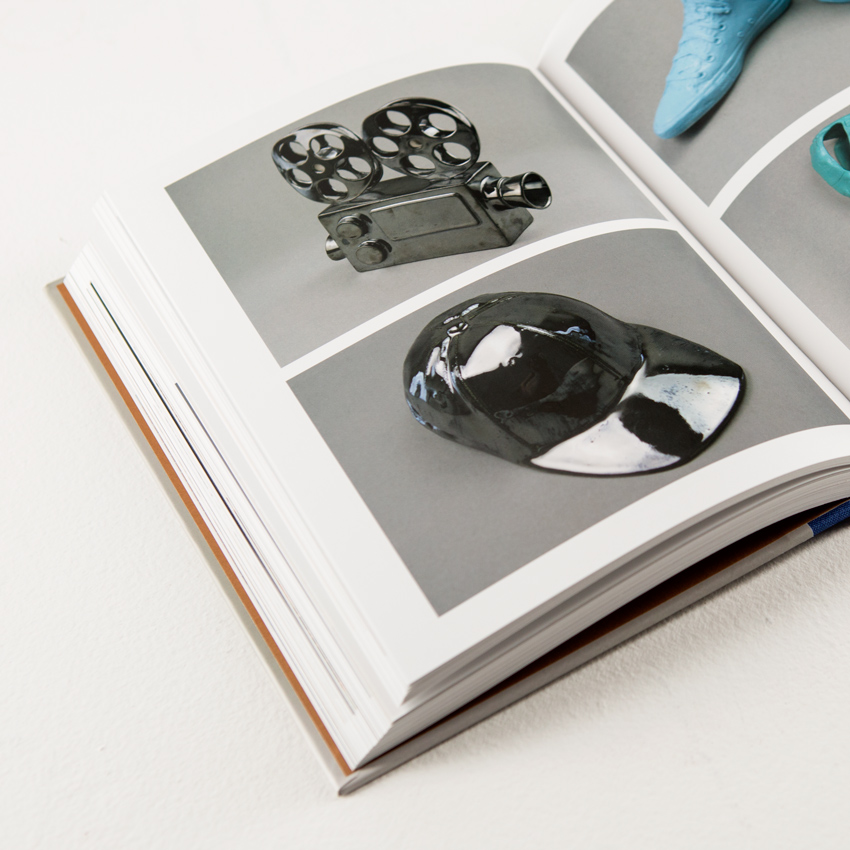 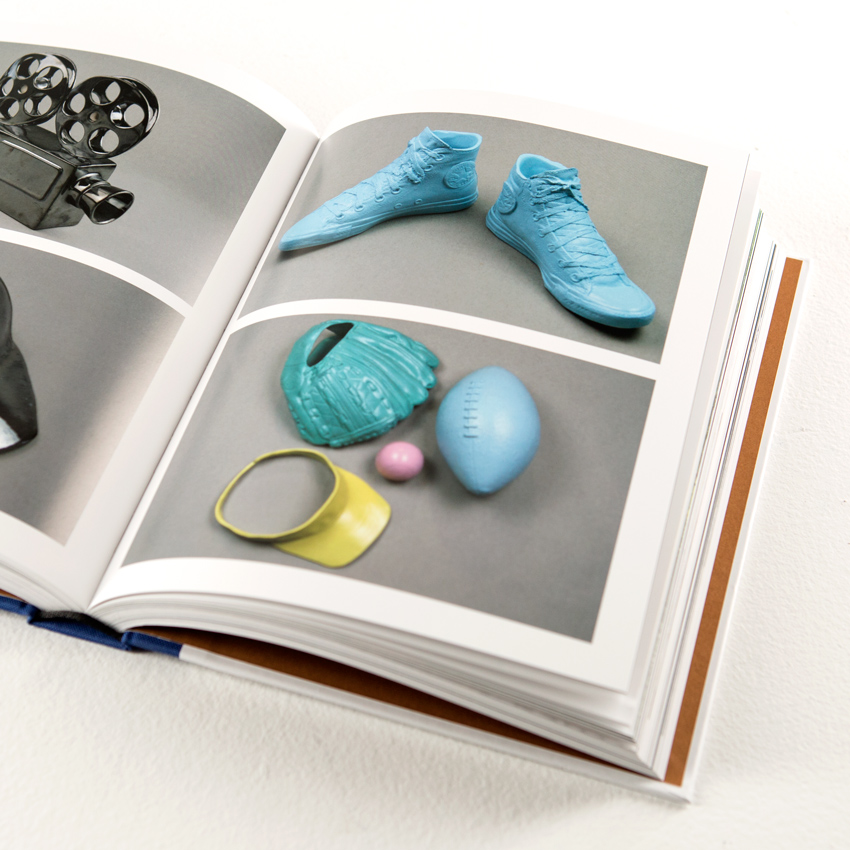 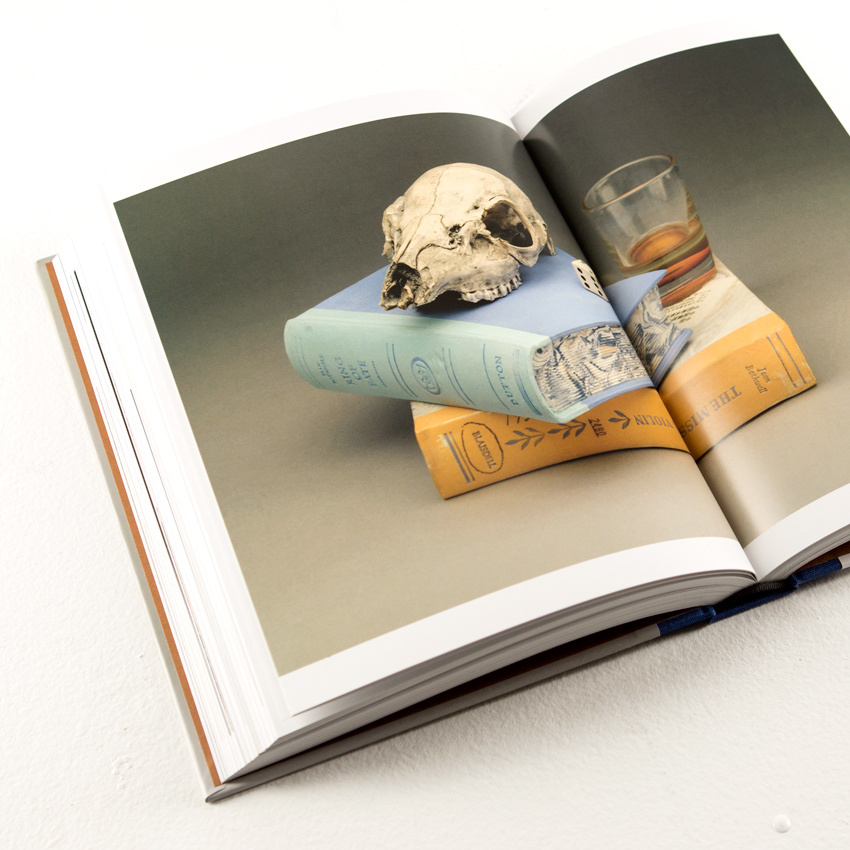 ABOUT THIS ART:
While most surveys of contemporary art focus largely on two-dimensional work, there is a growing movement of emerging as well as established artists that are producing work in the ceramic medium, creating three-dimensional work that is groundbreaking in scope. Working in clay or porcelain and utilizing traditional methods such as wheel throwing or hand building, artists use their considerable talents — often honed in other media — to create unique work that is truly one-of-a-kind. Whether a sculptural piece, traditional vessel or a large-scale installation, they are constrained only by their imaginations and the nature of the material. Contains process shots of the artists at work as well as a voyeur’s glimpse into their studios. Artists featured include Case Studyo in collaboration with Parra, Steve Harrington, Mike Perry, Todd James, Cleon Peterson, Horfee, Cody Hudson and Friends With You, as well as Heath Ceramics, Peter Shire, Katsuyo Aoki, Kate MacDowell, Mark Whalen, Claire Partington, Lauren Shapiro, gritCERAMICS, Livia Marin, Steven Young Lee, Jess Riva Cooper, Kouzo Takeuchi, THEONE Ceramics, Beth Cavener and Lindsay Scypta.
MORE
ABOUT Hannah Stouffer:
Hannah Stouffer is an illustrator and art director based in Los Angeles, California. Born in Aspen, Colorado to wildlife documentarian Marty Stouffer and wife Diane, her upbringing was heavily influenced by the natural environment. She was schooled in a variety of locations, finishing in San Francisco, CA at California College of Art and San Francisco State University with a BFA in Conceptual Information Arts. She has been part of shows at the Aspen Art Museum, Dallas Museum of Art and the Japanese American National Museum and been on the board of jurors for the Art Directors Club of Houston.

Stouffer has worked with a wide array of commercial clients, creating and transforming her personal work to fit the desires of American Express, Nike, Dell, Disney, Christian Dior, IBM, MSN, The New York Times, Ford, The North Face and Vans. From creating site specific installations to illustrations to embellish products, billboards, apparel and vehicles, the extent of her client roster is immeasurable. Her work has been animated to create motion graphics for GREE, Lipton and Ludacris and she has been the creative hand behind multiple international campaigns. Her work has been featured in Computer Arts Projects Magazine, Communication Arts, Xlr8r and online at Abuzeedo, Booooooom and Hypebeast and she has been the illustration editor for Juxtapoz Magazine and Juxtapoz.com since 2011.

In her work, feminine decorative embellishments are counterbalanced by macabre motifs, the animal kingdom, and the never-ending pursuit of illustrating explosive emotional transcendence. Stouffer is best known for the incongruity of intricately executed imagery and shadowy and ethereal themes. She has had solo exhibitions in galleries from San Francisco, Portland and Los Angeles to Toronto, Denver, New Jersey and New York.

Stouffer has maintained a strong presence in the illustration world while simultaneously exhibiting her work as both a commercial and fine artist. She is part of a generation of illustrators that are savvy enough to take advantage of the advances of technology but do so in a traditional manner, keeping the talent and technique at the basis of their work, blending the disciplines and lines that separate commercial and fine art illustrators. 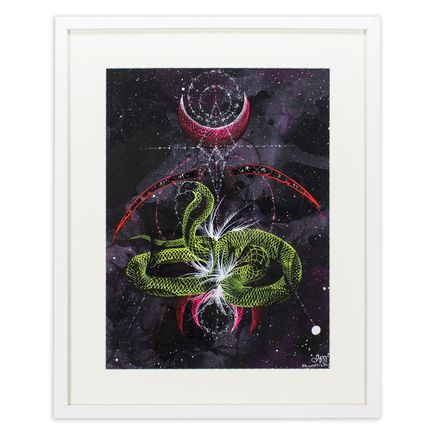 Hannah Stouffer
No Fate
SOLD OUT
Run of 50
Favorite 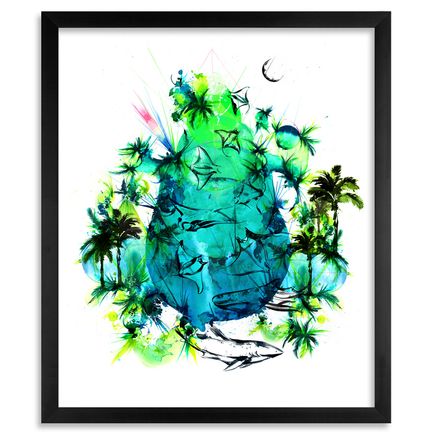 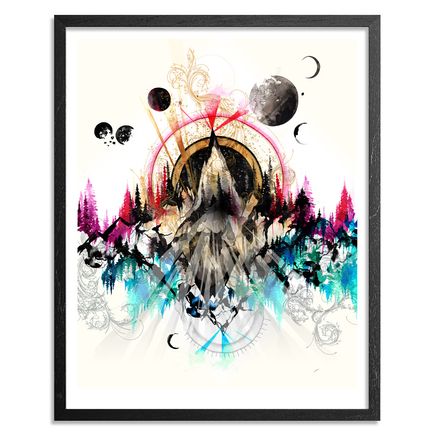