Have A Good Trip 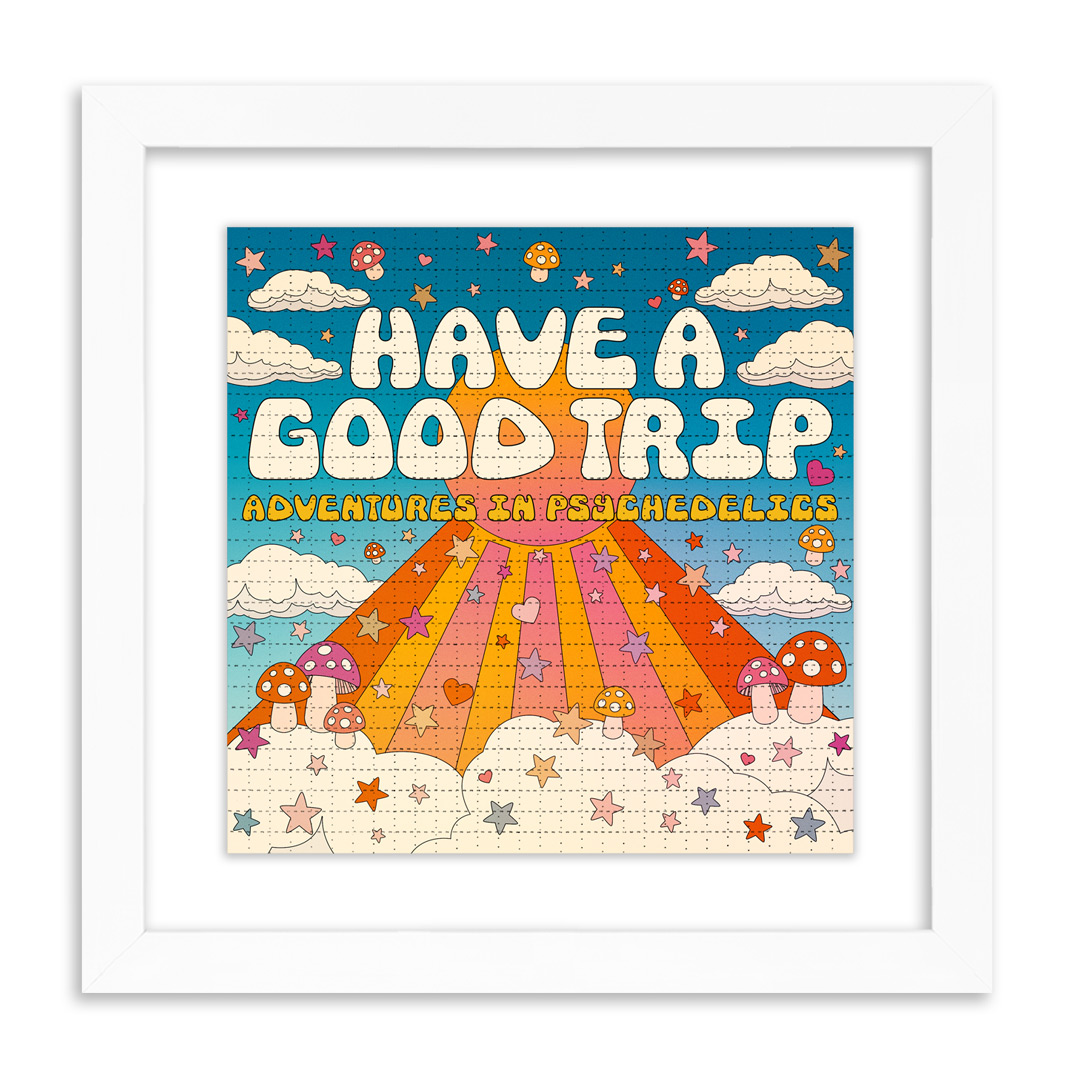 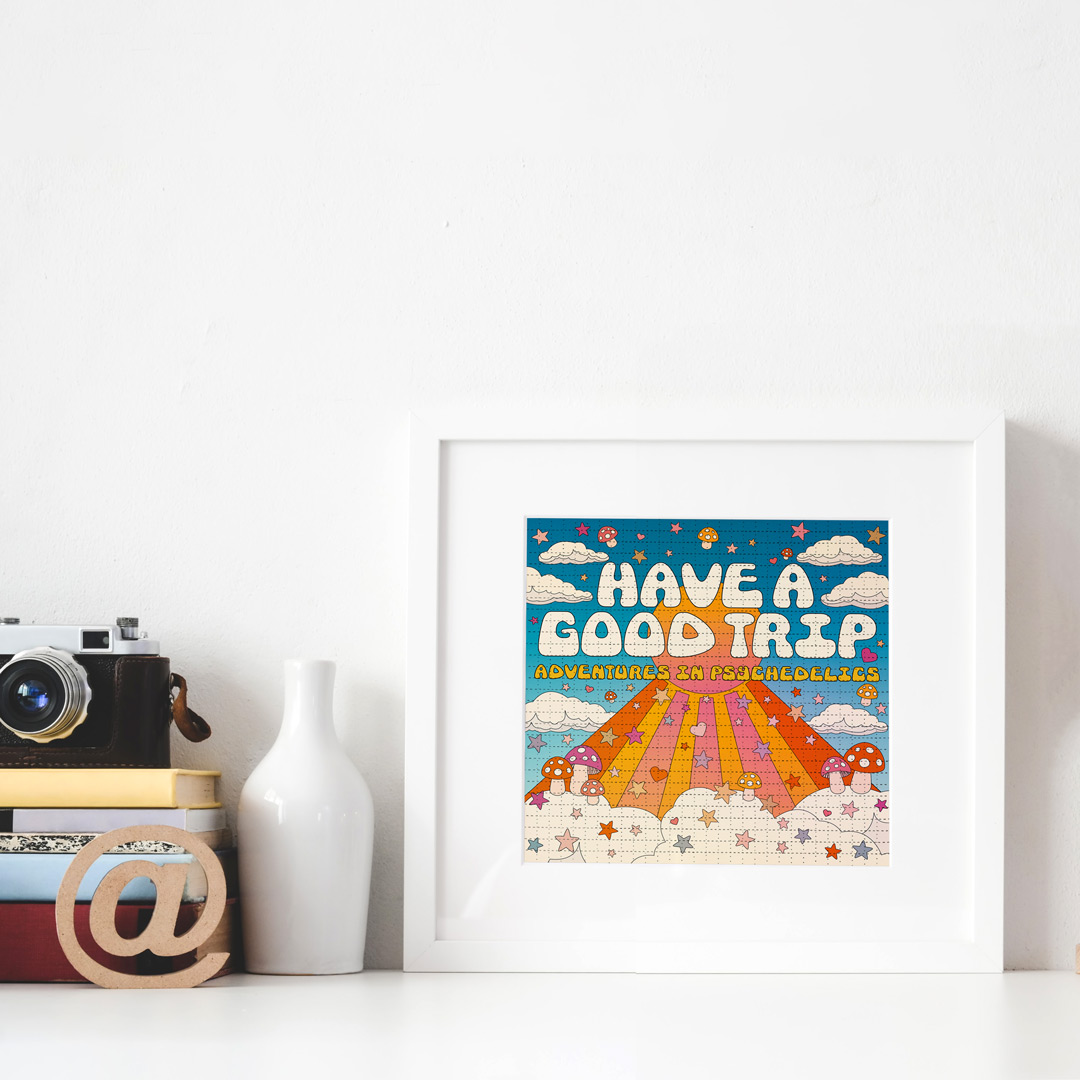 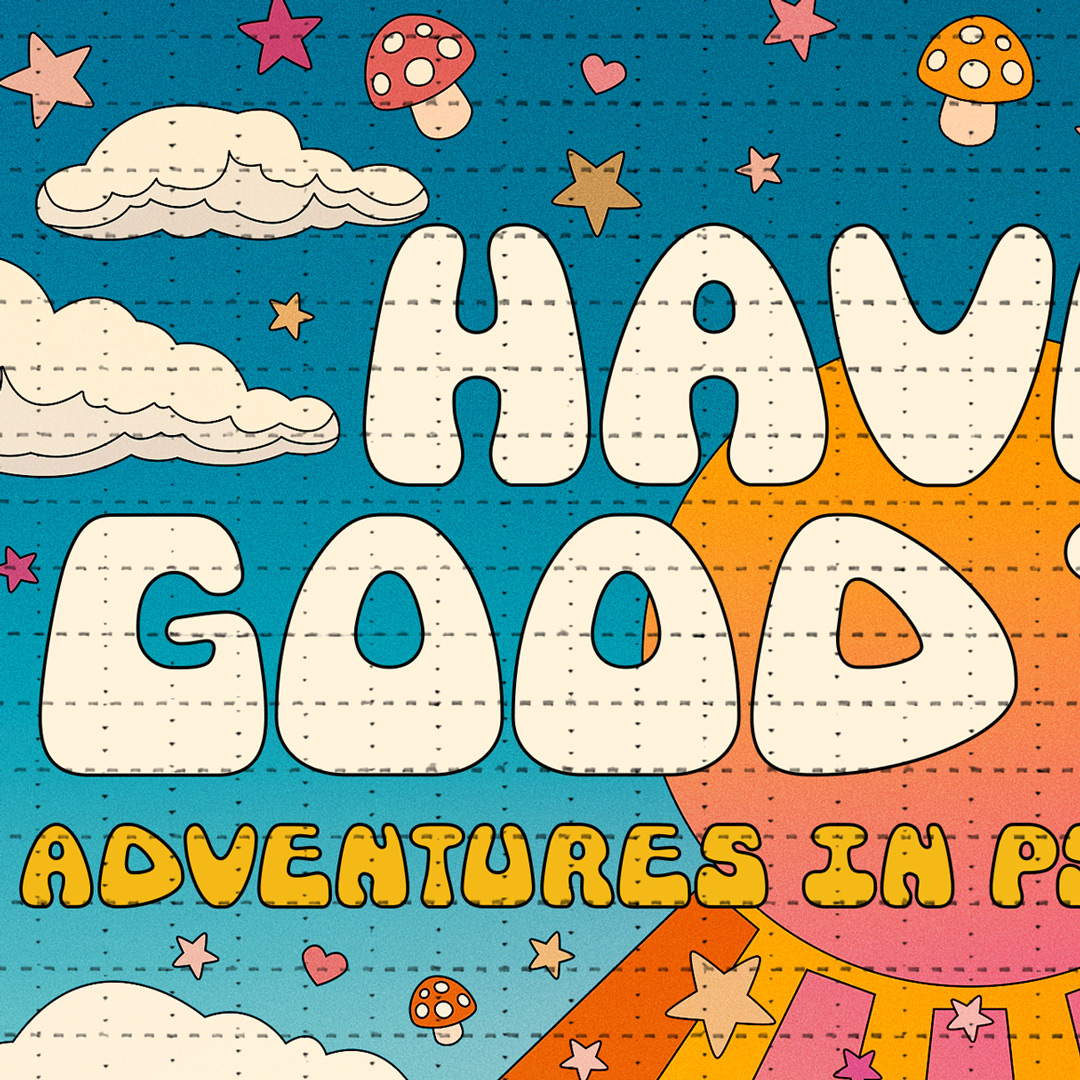 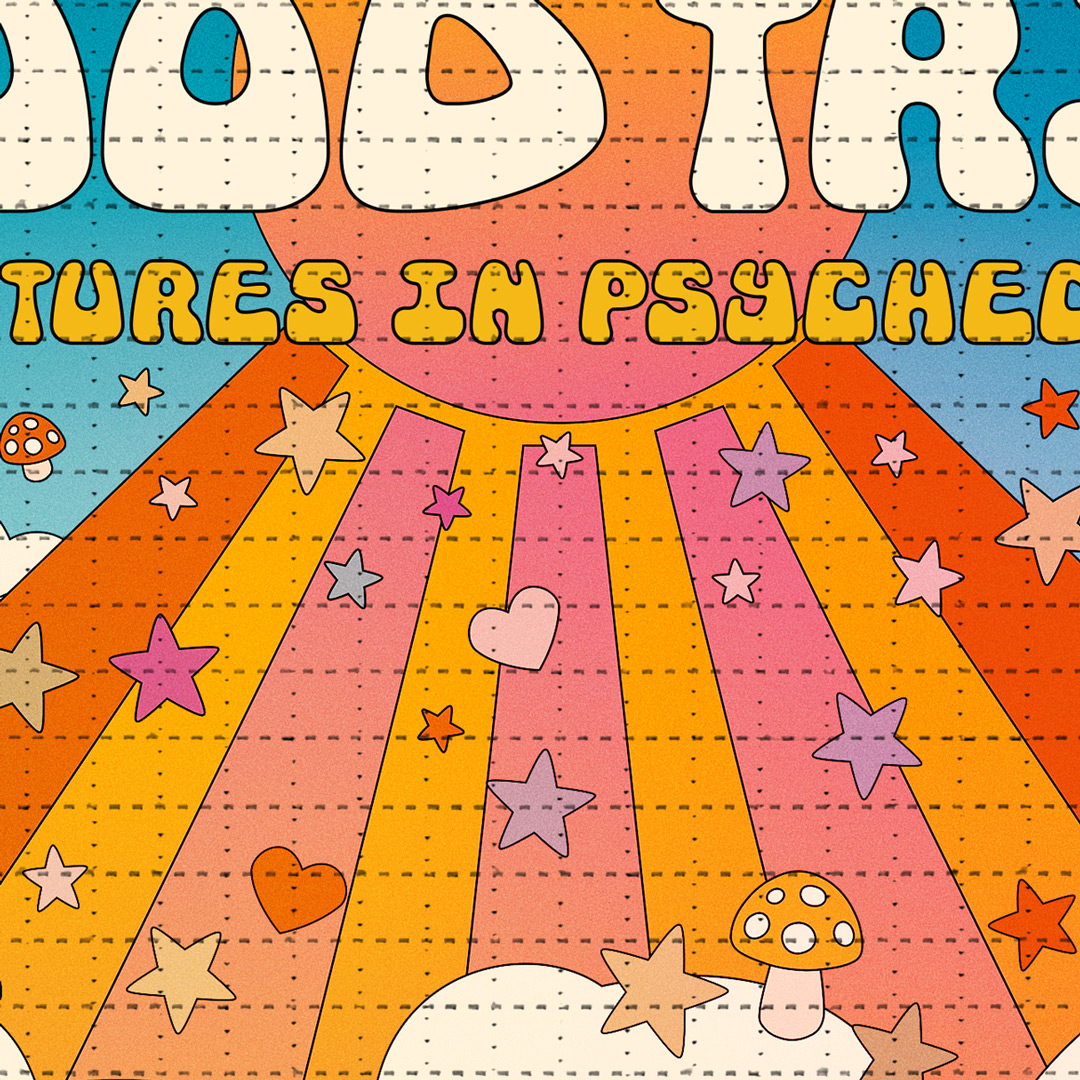 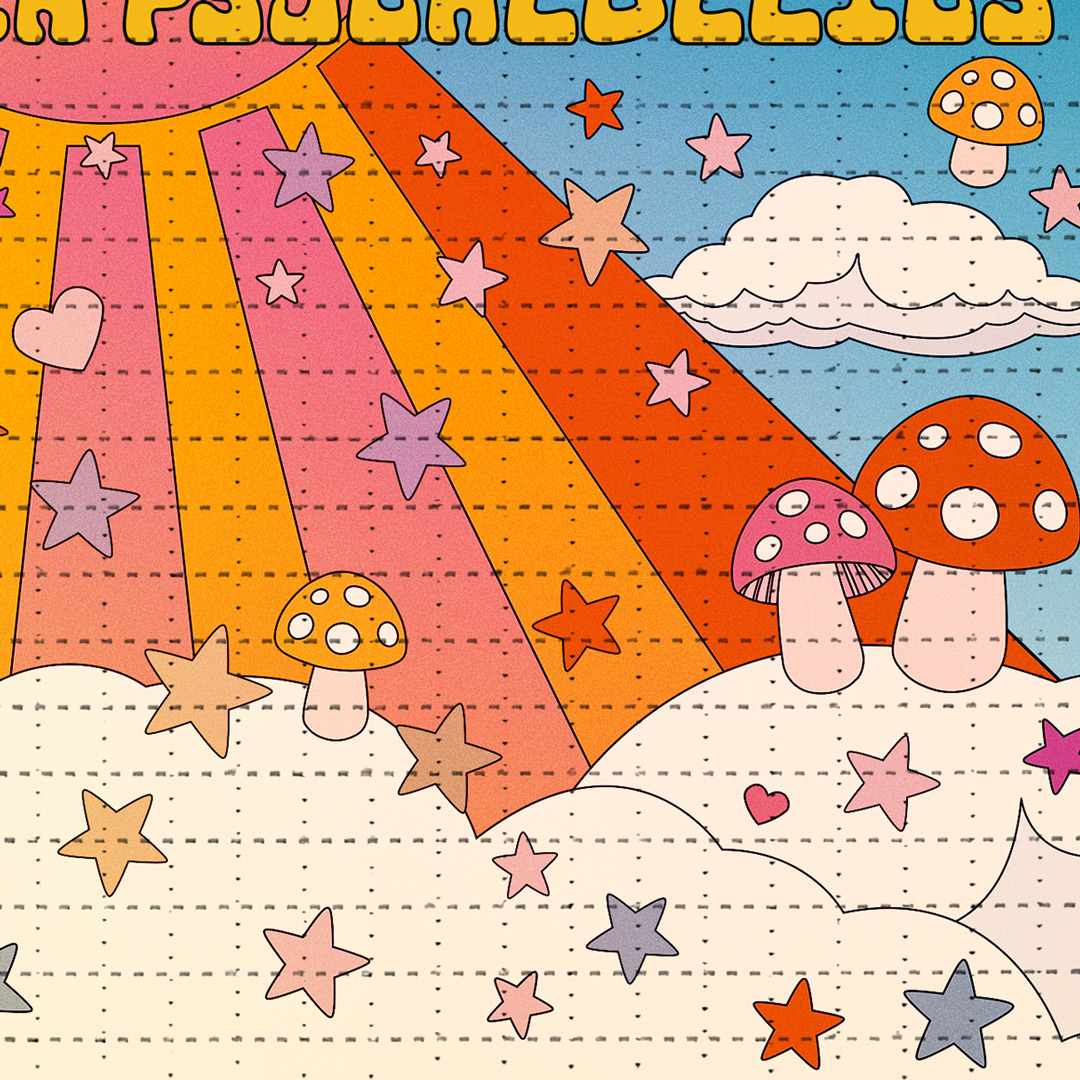 ABOUT THIS ART:
Featuring candid interviews with Shepard Fairey, Sting, Carrie Fisher, Ad-Rock, Anthony Bourdain, Asap Rocky, Ben Stiller, Nick Kroll, Nick Offerman, Paul Scheer, Reggie Watts, Rosie Perez, Sarah Silverman, Will Forte and dozens more Have A Good Trip: Adventures In Psychedelics makes its debut on Netflix May 11th! To coincide with the release,1xRUN has teamed up with writer/director Donick Cary to create a new limited blotter edition!
Have A Good Trip: Adventures In Psychedelics has been meticulously crafted by Cary and his team over the last 10 years. Equal parts anecdotal and scientific, the documentary film alternates personal stories from A-List movie stars, musicians, artists alongside professors, scientists and alternative medicine advocates like Deepak Chopra to present what Cary calls a "modern day psychedelic handbook."
"What's nice right now is that we're evolving to have a rational conversation about psychedelics as tools and medicine and starting to apply them as you would tools and medicine, instead of them being illicit drugs that can only be done in secret. Working to figure out applications that can be individualized to people and how their brains work, seeing what they need from it in a safe and hopefully licensed, therapeutic way." - Donick Cary, Have A Good Trip Writer/Director
Check out the trailer below and stream the movie on Netflix starting May 11th!


MORE
ABOUT Have A Good Trip:
HAVE A GOOD TRIP: ADVENTURES IN PSYCHEDELICS is a documentary featuring comedic tripping stories from A-list actors, comedians, and musicians. Star-studded reenactments and trippy animations bring their surreal hallucinations to life. Mixing comedy with a thorough investigation of psychedelics, HAVE A GOOD TRIP explores the pros, cons, science, history, future, pop cultural impact, and cosmic possibilities of hallucinogens. The film tackles the big questions: Can psychedelics have a powerful role in treating depression, addiction, and helping us confront our own mortality? Are we all made of the same stuff? Is love really all we need? Can trees talk? Cast members include Adam Scott, Nick Offerman, Sarah Silverman, Ad-Rock, Rosie Perez, A$AP Rocky, Paul Scheer, Nick Kroll, and Rob Corddry to name a few. Written and directed by Donick Cary. Produced by Mike Rosenstein, Sunset Rose Pictures, and Sugarshack 2000. 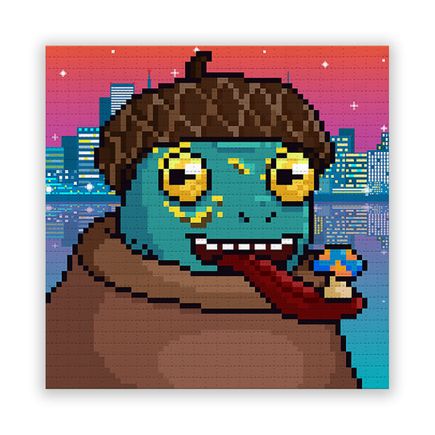 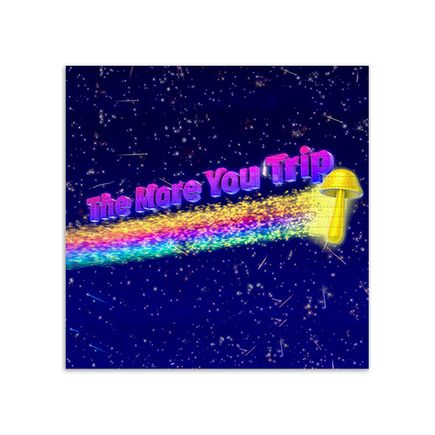