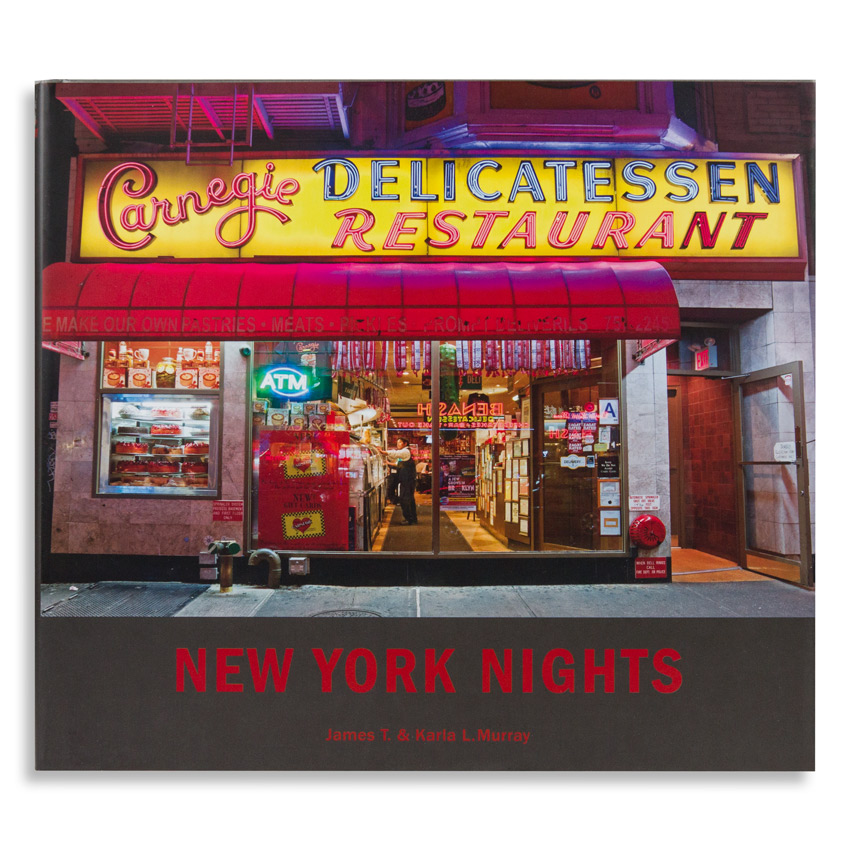 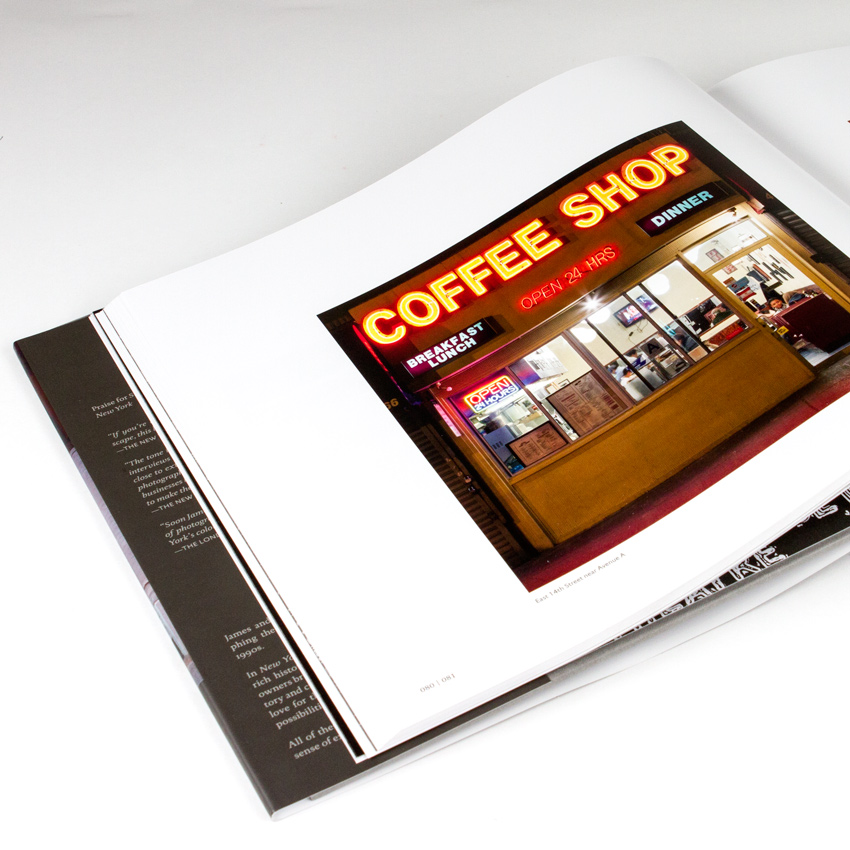 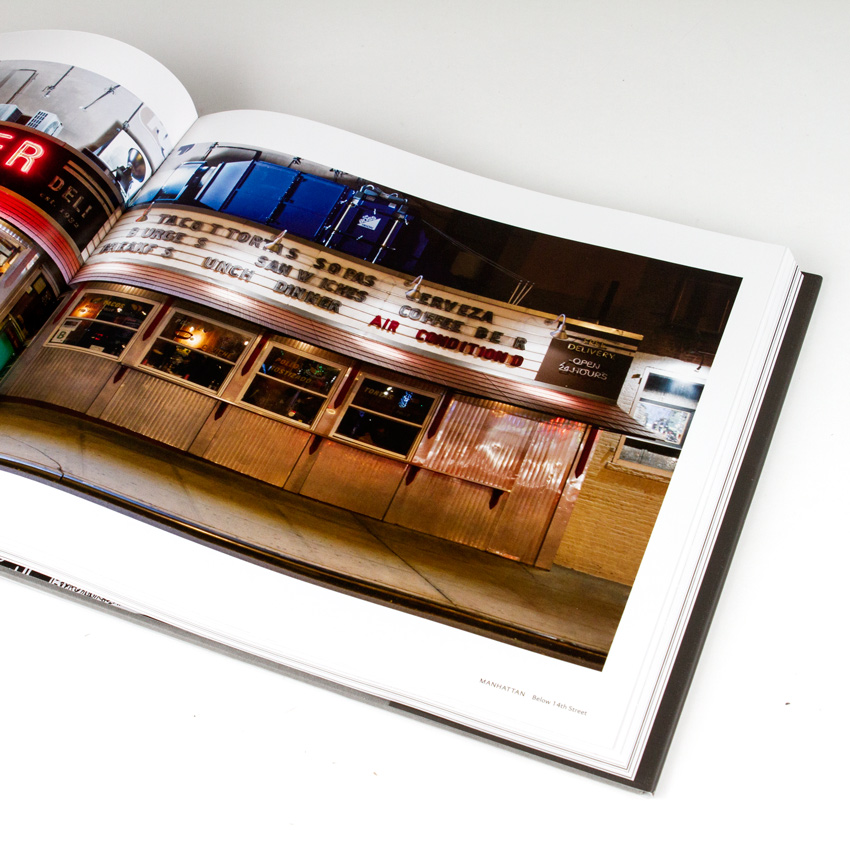 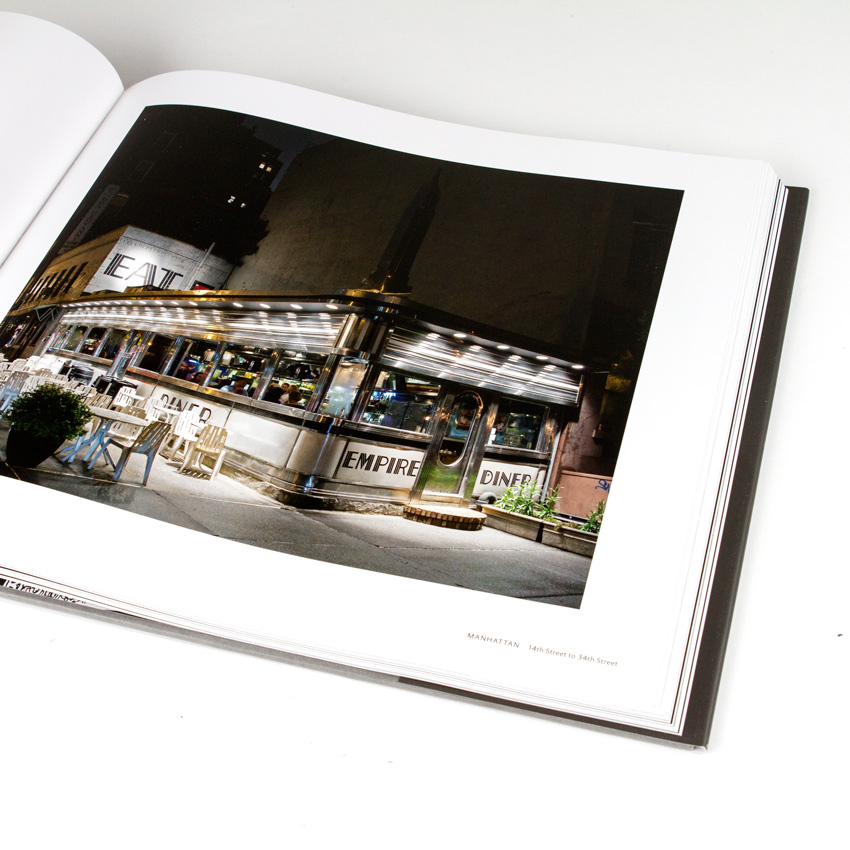 ABOUT THIS ART:
Having captured and preserved the beauty and charm of New York City’s traditional shops and lamented their dwindling numbers in the bestselling Store Front – The Disappearing Face of New York, James and Karla Murray have returned to the city’s streets once more to expose the city bathed in light. New York Nights is the result, a book that thrills us because the city is switched on. The photographs continue in their powerful style — with structures rendered magnificently by a photographer duo possessing absolute mastery of a self-created genre. The Murrays have taken vivid photographs of an outstanding selection of bars & pubs, restaurants and cafes, music venues, and shops, all with historical significance and enduring after-dark aesthetics. Turning the pages of New York Nights, one can start with drinks at the KGB Bar or a walk through the East Village — window shop at Trash and Vaudeville, and move on to an engagement at Radio City Music Hall or the Village Vanguard, followed maybe by an early morning bite at the Yaffa Cafe. Stories of a bygone New York are brought to life by words from the proprietors and employees who experienced them. James and Karla Murray’s photographs are so captivating and the interviews they conducted are so engaging that the cultural history of New York City will forever be in their debt.
MORE
ABOUT James T. Murray, Karla L. Murray:
.
MORE
MORE FROM James T. Murray, Karla L. Murray
SOLD OUT
Run of 5
Favorite 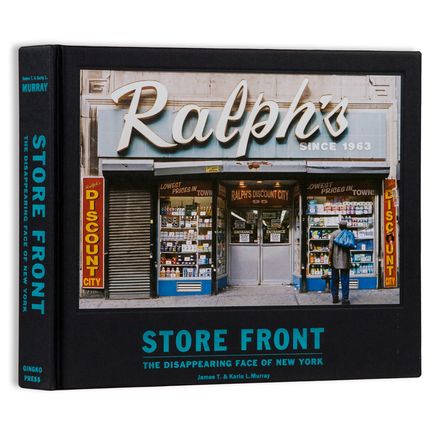