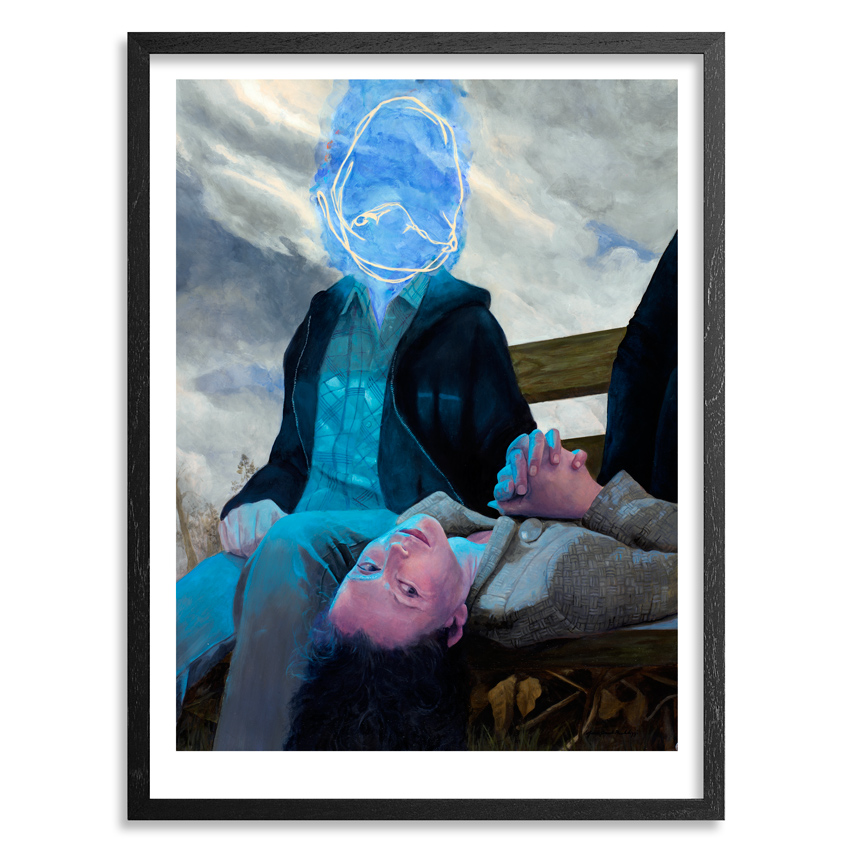 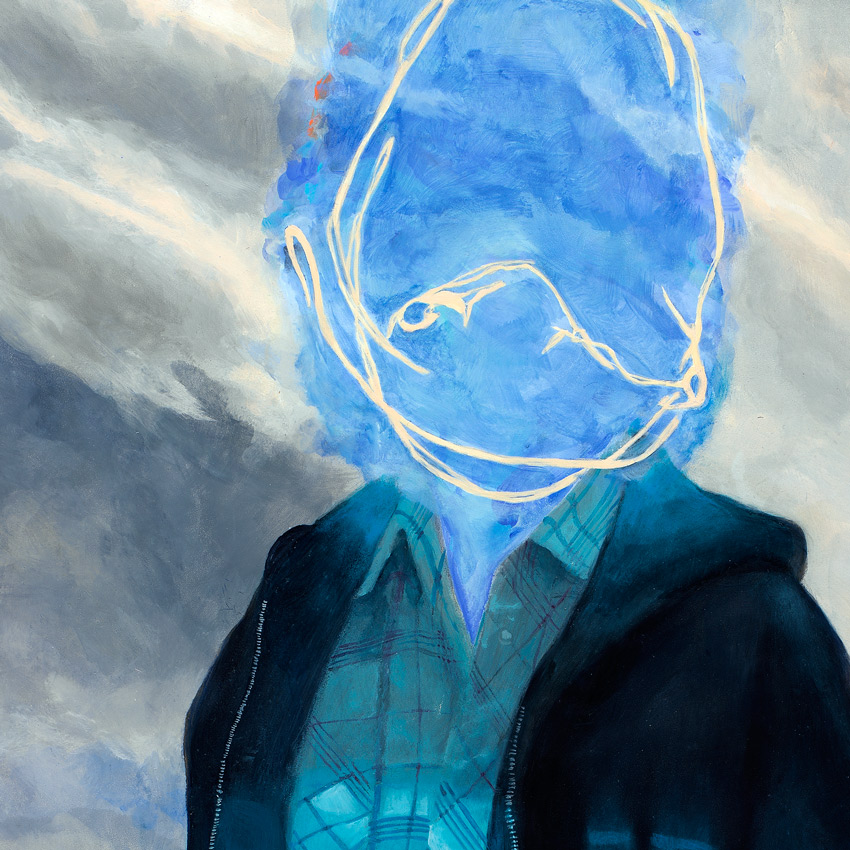 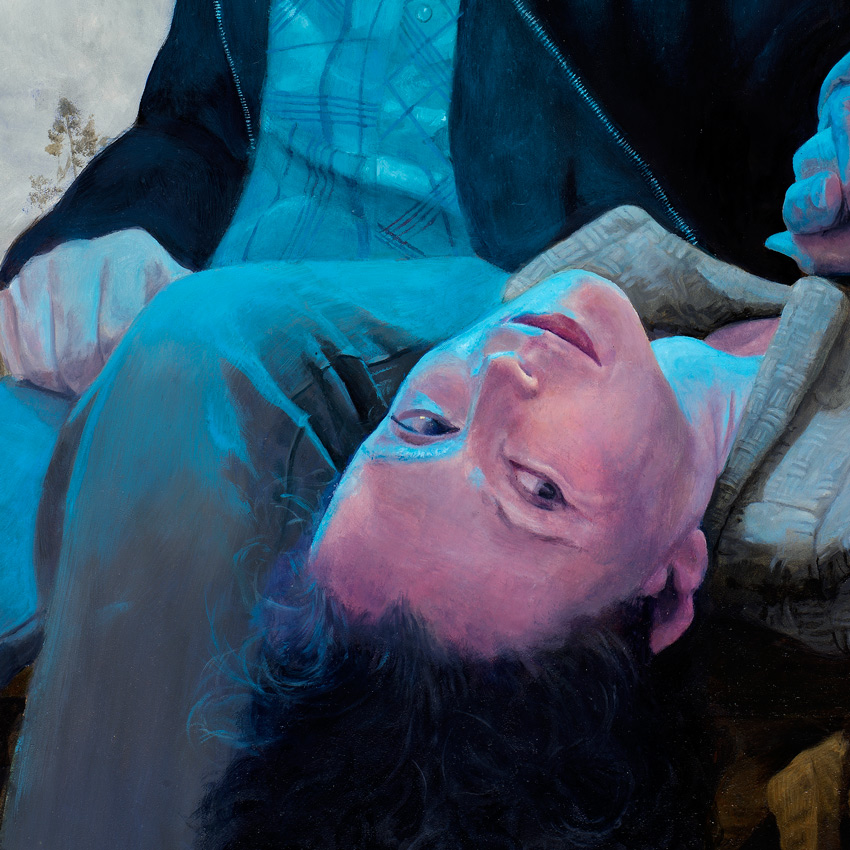 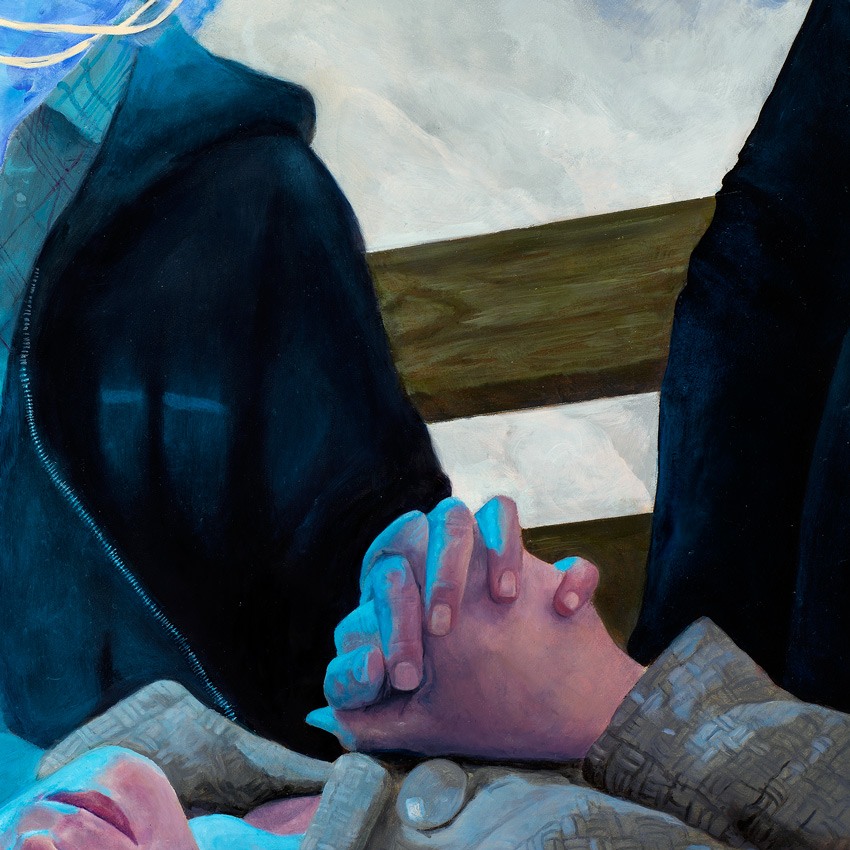 The framing option for this RUN Includes a 1 inch black wood frame with UV glass, foam core backing and ready to hang hardware.

"I created this piece for my solo exhibition at 101/Exhibit in Miami. It was part of a massive undertaking, because the gallery was 5000 sq ft, and I had to occupy most of the space.

The title has a double meaning. The first taking the title literally. The other side, I made this painting during a time when I was head deep in a rough relationship. I found myself “going through the motions” knowing things were at an end, just waiting for one of us to make the move to end it officially. I wanted the guys gestural face to mimic a sad smile looking down on her, but the woman looking at you (the viewer) as the object of affection. You become the greener pasture. It's about having the courage to break away from something you know isn't healthy for you any longer." - JeanPaul Mallozzi
MORE
ABOUT JeanPaul Mallozzi:
JeanPaul Mallozzi was born and raised in Queens NYC, and received a scholarship to attend the Rhode Island School Of Design (RISD). He graduated with B.F.A in Illustration. His works have been exhibited in galleries both nationally and internationally including Los Angeles, New York, and London.

Moods and emotions have a color and vibration that manifests itself in the body. People can read emotion on a face and even more so in someone's body language. I chose to combine the two ideas of energy and posture, mimicking features with color and contours. It acts as a keyhole into how a person is feeling from within.


MORE
MORE FROM JeanPaul Mallozzi
SOLD OUT
Run of 30
Favorite 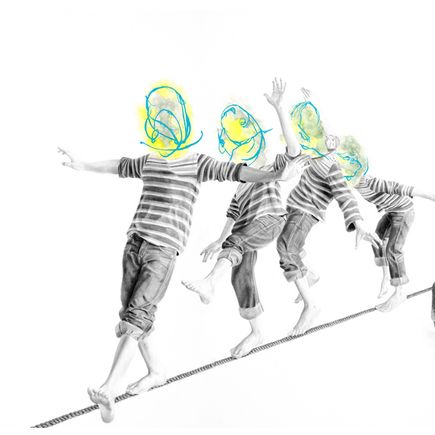 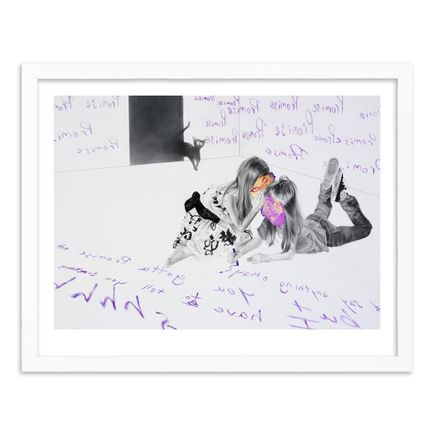 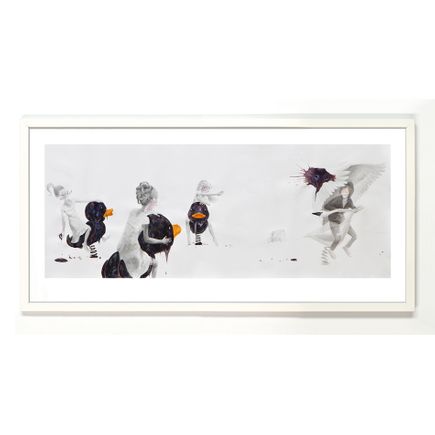 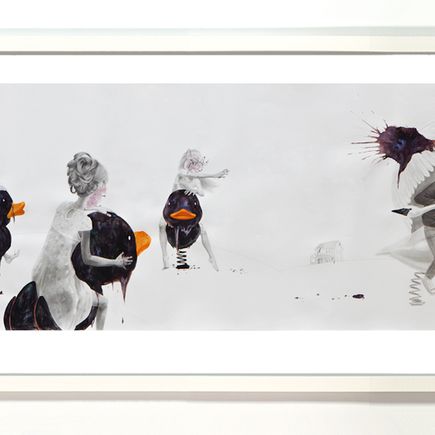 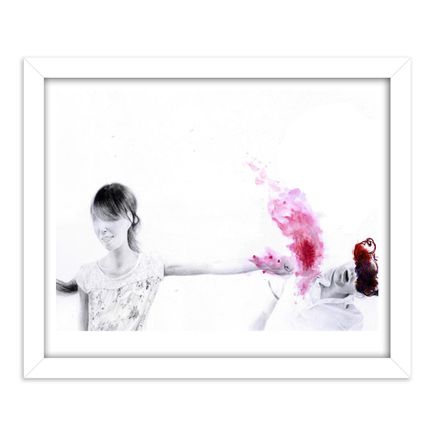 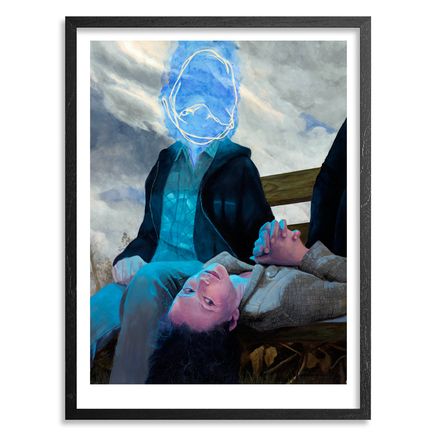