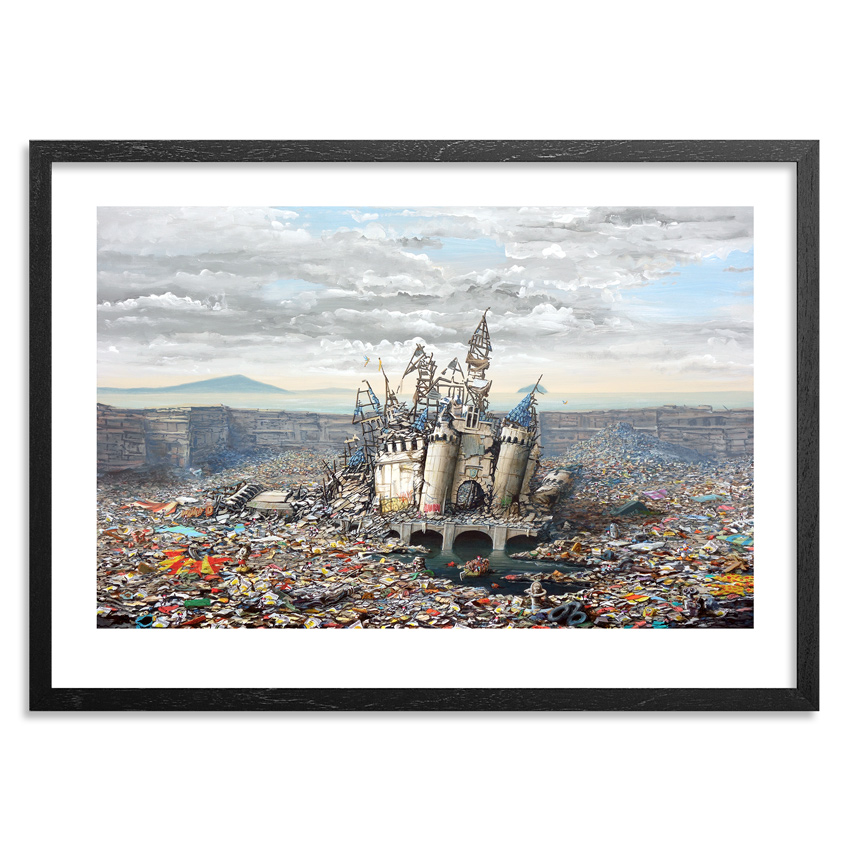 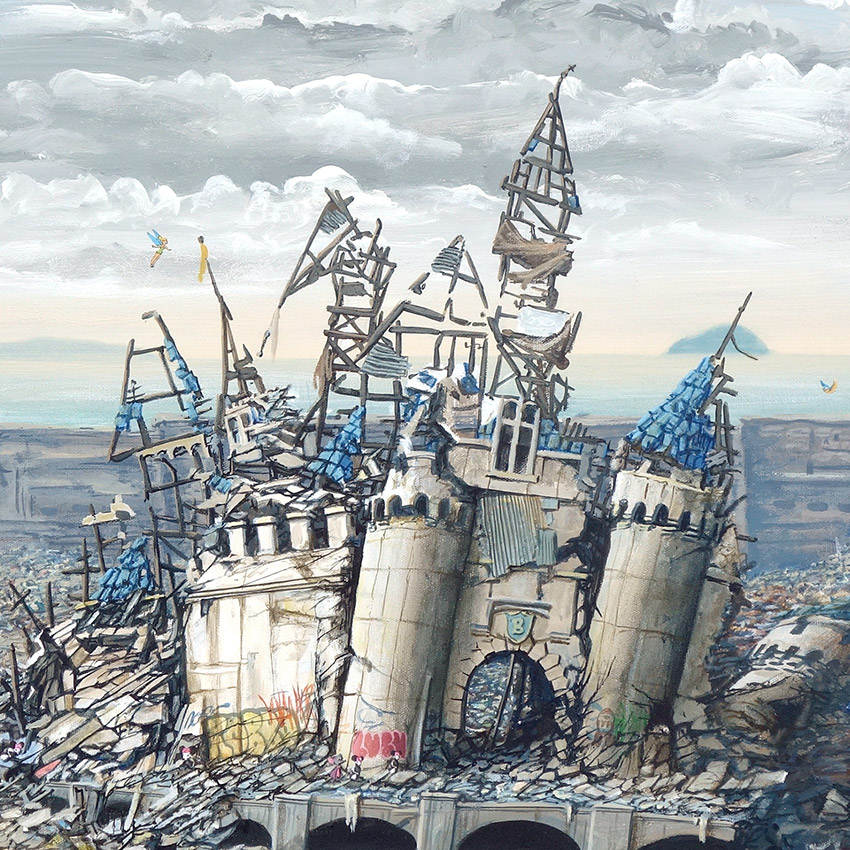 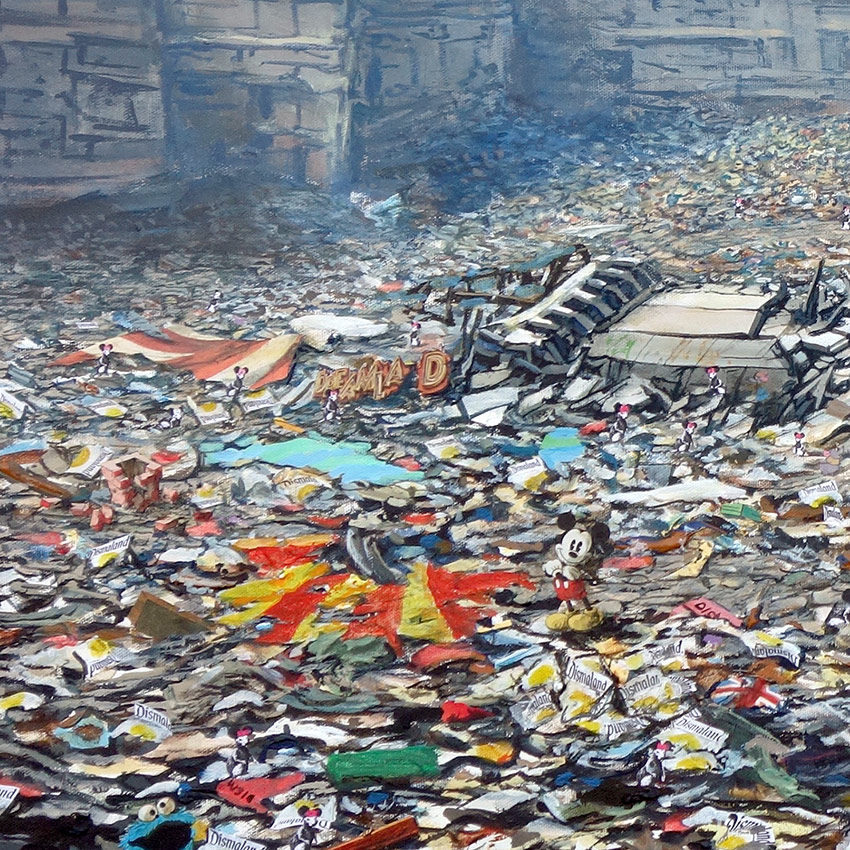 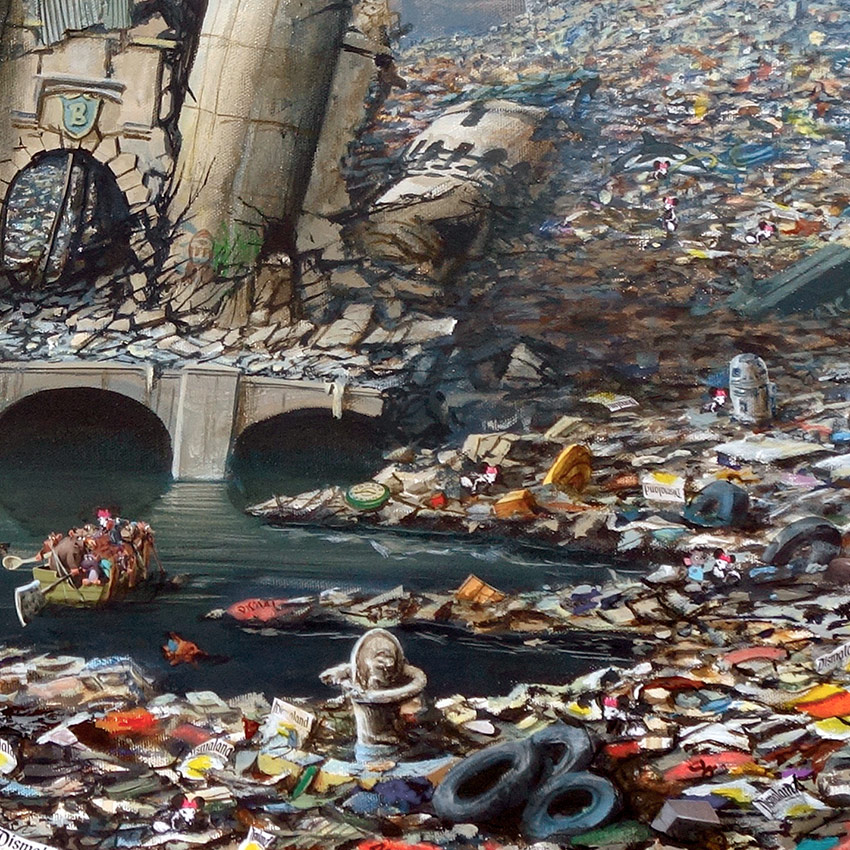 "The painting is culled from a digitally altered picture that Banksy put on his website BEFORE he dismantled Dismaland that he said he was going to use the wood for housing for the Calais refugees in the Jungle Camp (which I did make another painting of) There's a "Robbo" Tag on the castle, an artist who had a tagging war with Banksy. There's also a couple Banksy Minnie Mouses screwing and a boat full of refugee rats in the pond Out front.Above the Castle door instead of a "D" emblem, there is a "B" No, I did not get permission from Banksy to use this image, and in fact, I got a call from London to quit using his stuff ( like a little known high school art teacher/ artist is a threat to the Banksy Empire. I'm always wondering who will sue me first, The millionaire Banksy or the Billionaire Disney Corporation....)" - Jeff Gillette

About This Artist: Jeff Gillette's paintings examine the aesthetic structures and visual patterns of human settlement, specifically that of shantytown style slums in India and South America. To the artist, there is something ineffable behind the obviously chaotic and desperate appearance of these places — a universality of human spirit and a strange beauty which comes out of the necessity and raw honesty of the will to survive.

Despite the seriousness of his observations, Gillette sees ironic and amusing juxtapositions that occur when Disney, corporate logos, and pop icons from consumer culture shows up as building blocks of shanty settlement construction. His works reflect these ironies as well as add a playful dimension to art historical relationships.

Find out more @JeffreyGilette666 on Instagram.
MORE
ABOUT Jeff Gillette:
"I am from the suburbs of Detroit, Michigan. In the late 1980s I was a Peace Corps volunteer in Nepal for two years. During this two-year stint, I visited every major city in India, finding myself exploring the huge slums found there. On my return to home, I moved from the Mid-West to escape the snow to teach High School Art in Orange County, California. Since finishing my MFA at Cal State Fullerton, I have been exhibiting in galleries both at home and abroad.

My work is most often landscapes. A major portion of my output is paintings of slums of the developing world, where I often add an element of western cultural privilege (and oblivion) into settings of urban blight. Inspiration for what I call “Slumscapes” comes from first-hand experience travelling. Most often I return over and over to my favorite destination: India. In the vast poverty-stricken fringes of its vast megalopolises I trip out on how the economic disparities are obscenely extreme. I’ve been spending a lot of time in Mumbai slums: photographing, filming, creating Plein Aire paintings and creating interactive street art. 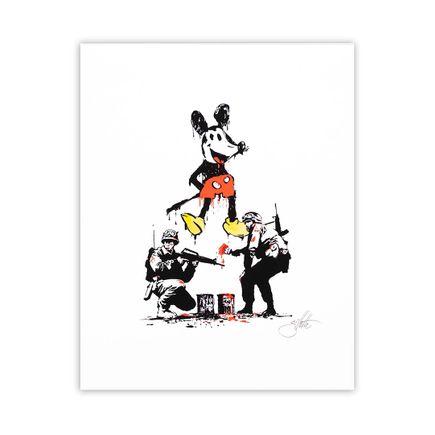 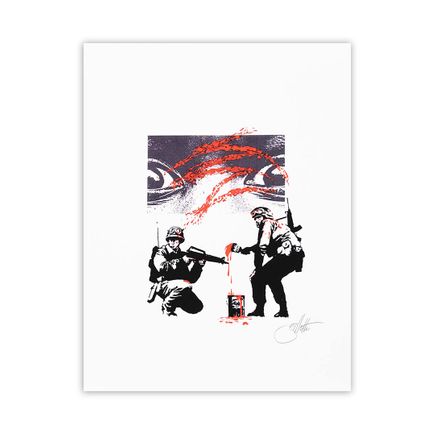 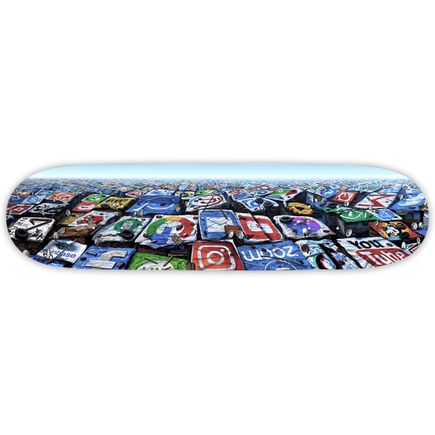