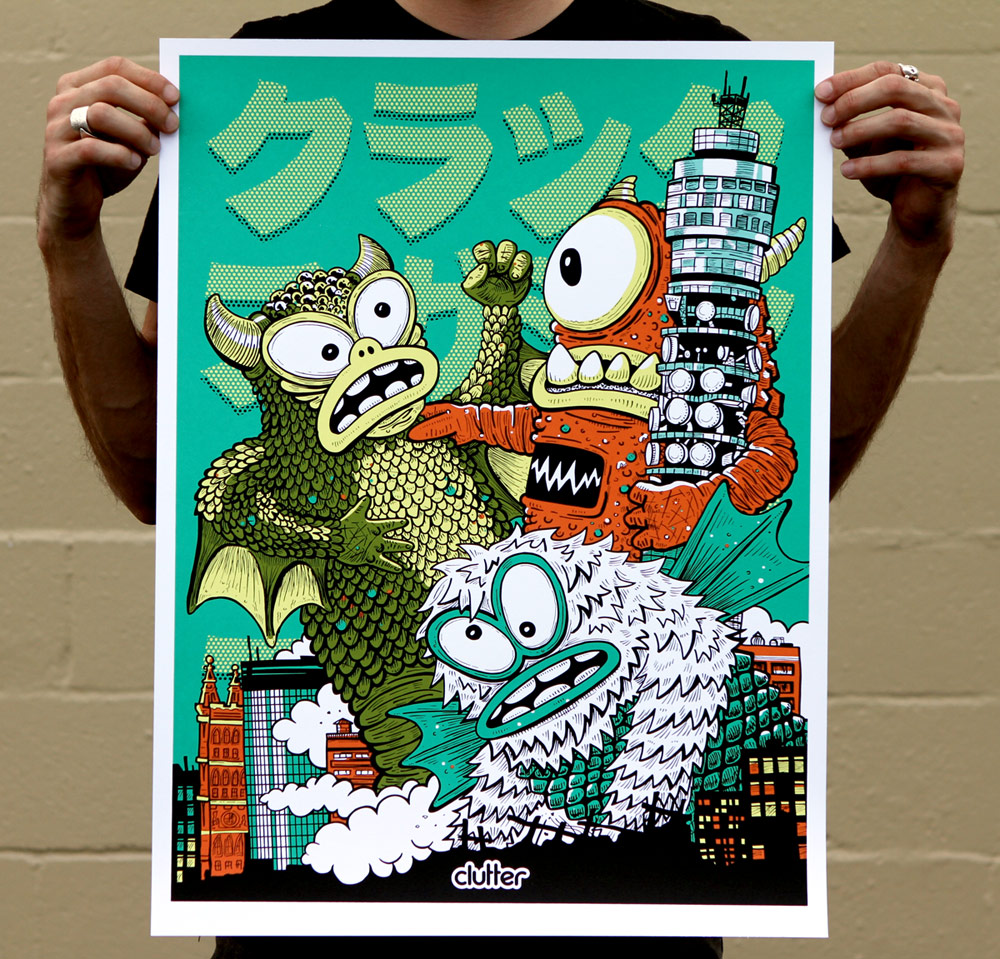 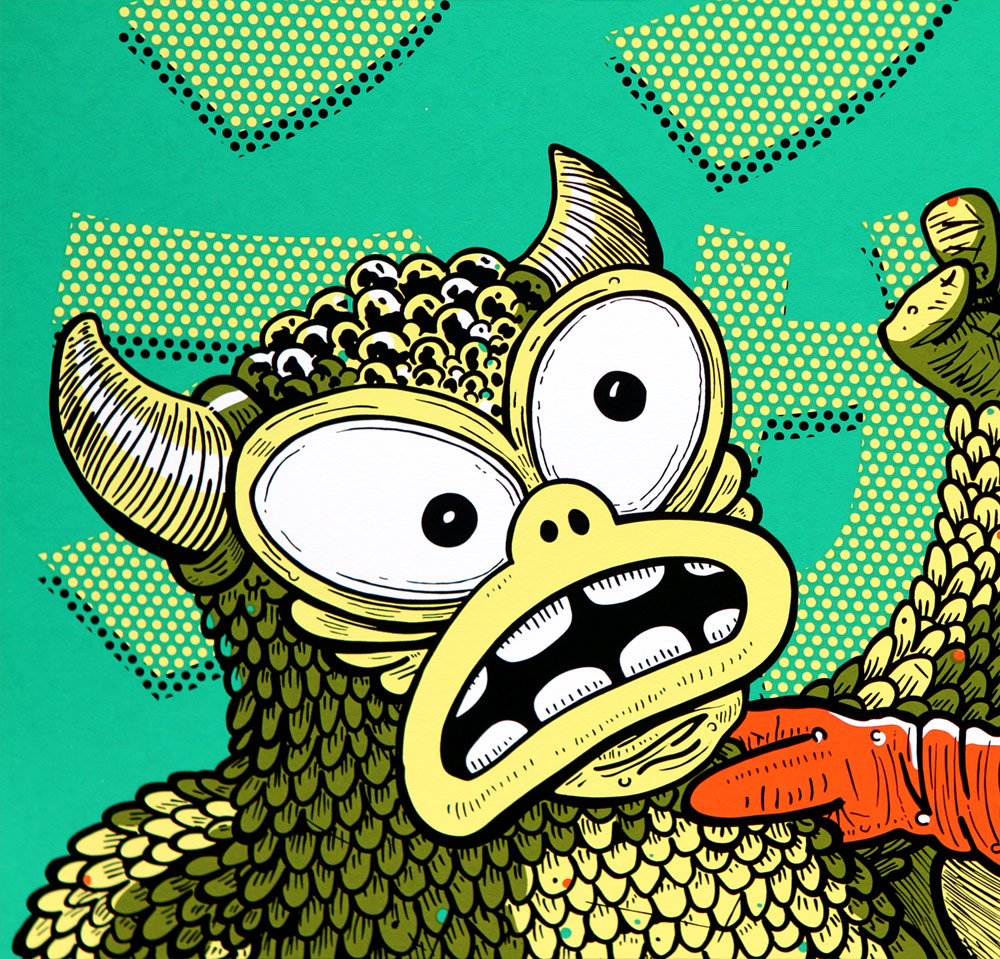 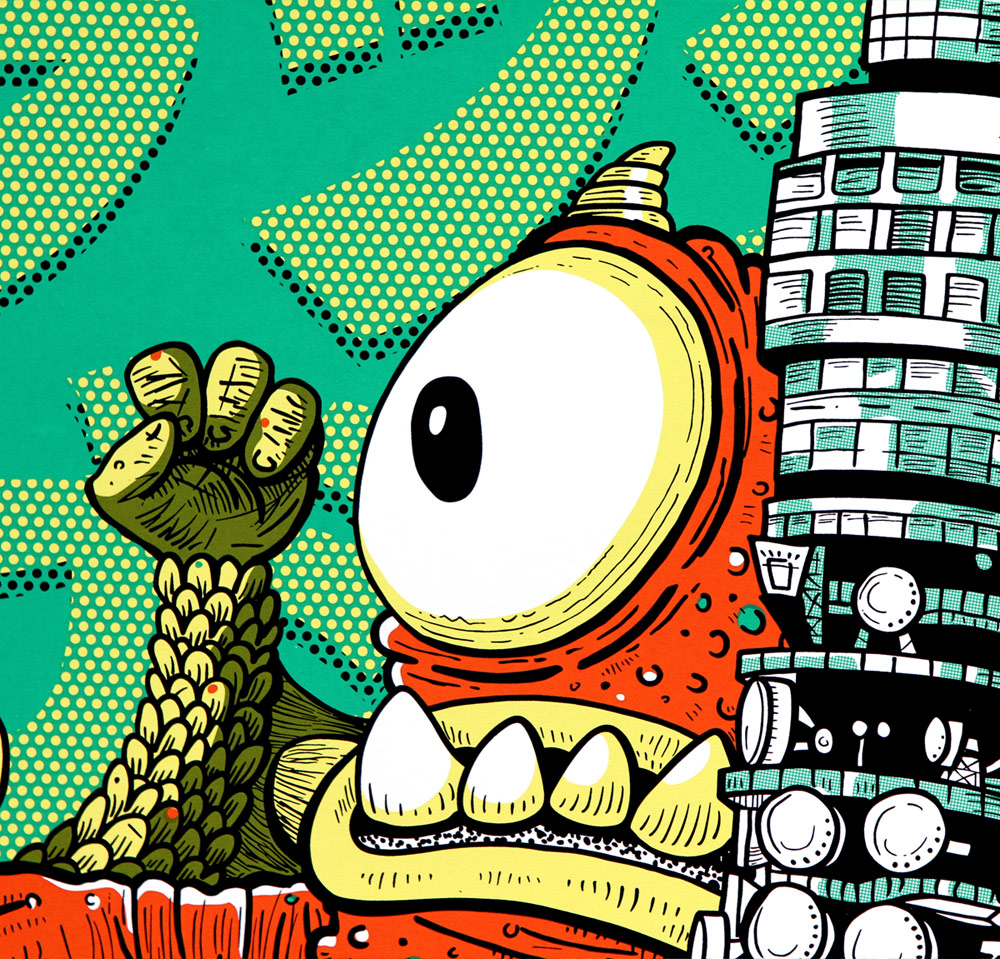 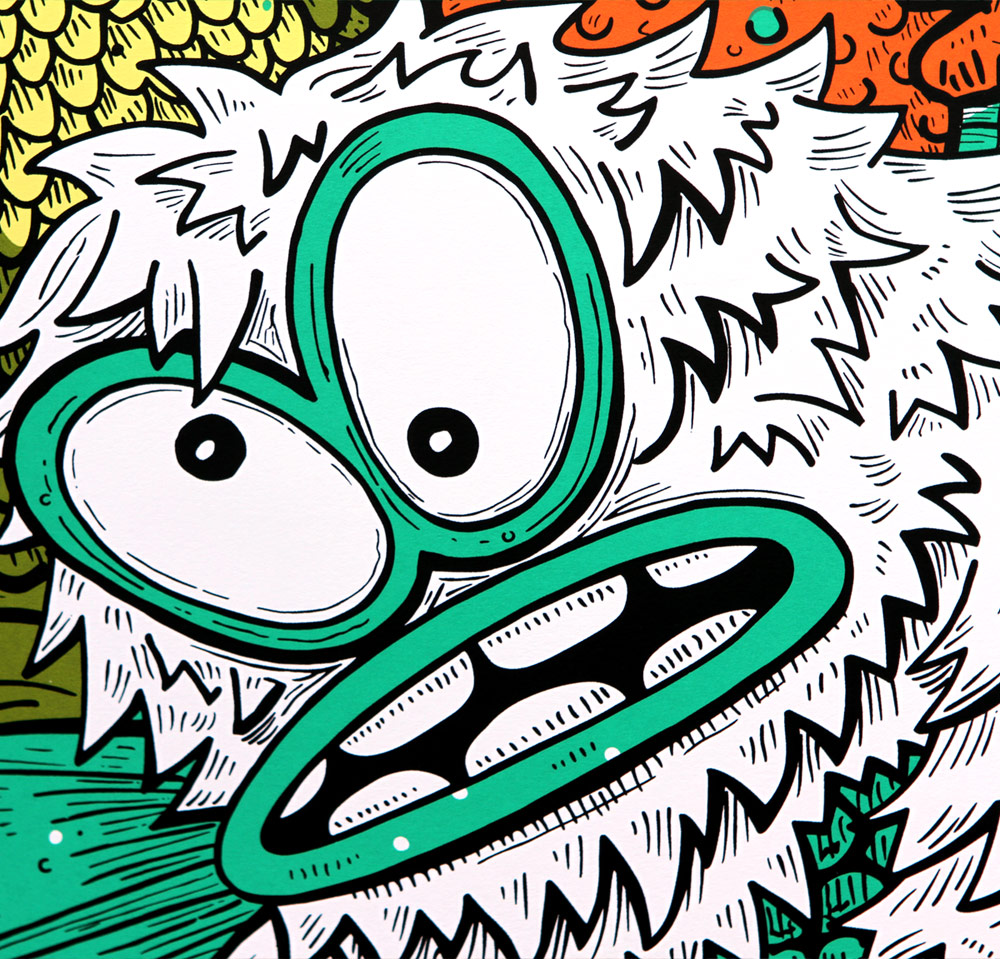 Sorry for the confusion this is an edition of 40 NOT 50 as previously indicated.

"This illustration was very fun for me to draw. I was excited to be asked to do it. I enjoy icons of mid-century modern architecture, in this case the London Postal Tower. Such a strange phallic symbol piercing the sky, covered in a weird array of antennae. I did the original in pencil first on marker paper, did a light box transfer for the inks and added colors digitally. I'm pretty sure I did not make monster noises out loud whilst drawing it. All three monsters in the illustration are also toys I have in production. Greasebat (on the left) M5 Bravo (hugging the tower) and Stee-Gar (on all fours). " - Jeff Lamm

Founded in 2004, Clutter Magazine is the first English language magazine to focus on the designer toy phenomenon. Combining in-depth interviews with the scene’s leading figures, forthright editorial and outstanding photography and design, it’s rapidly establishing itself as the toy collector’s must have read.