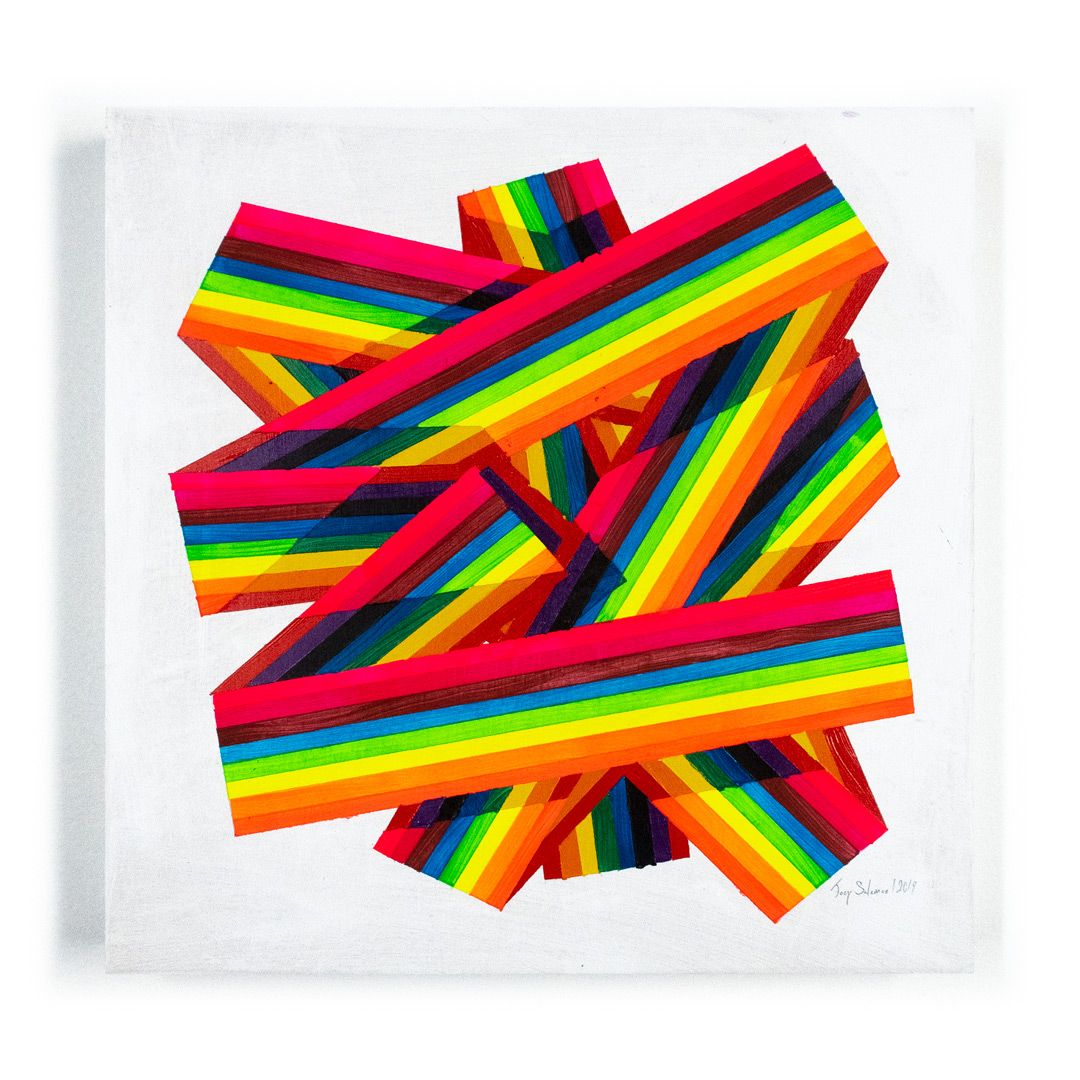 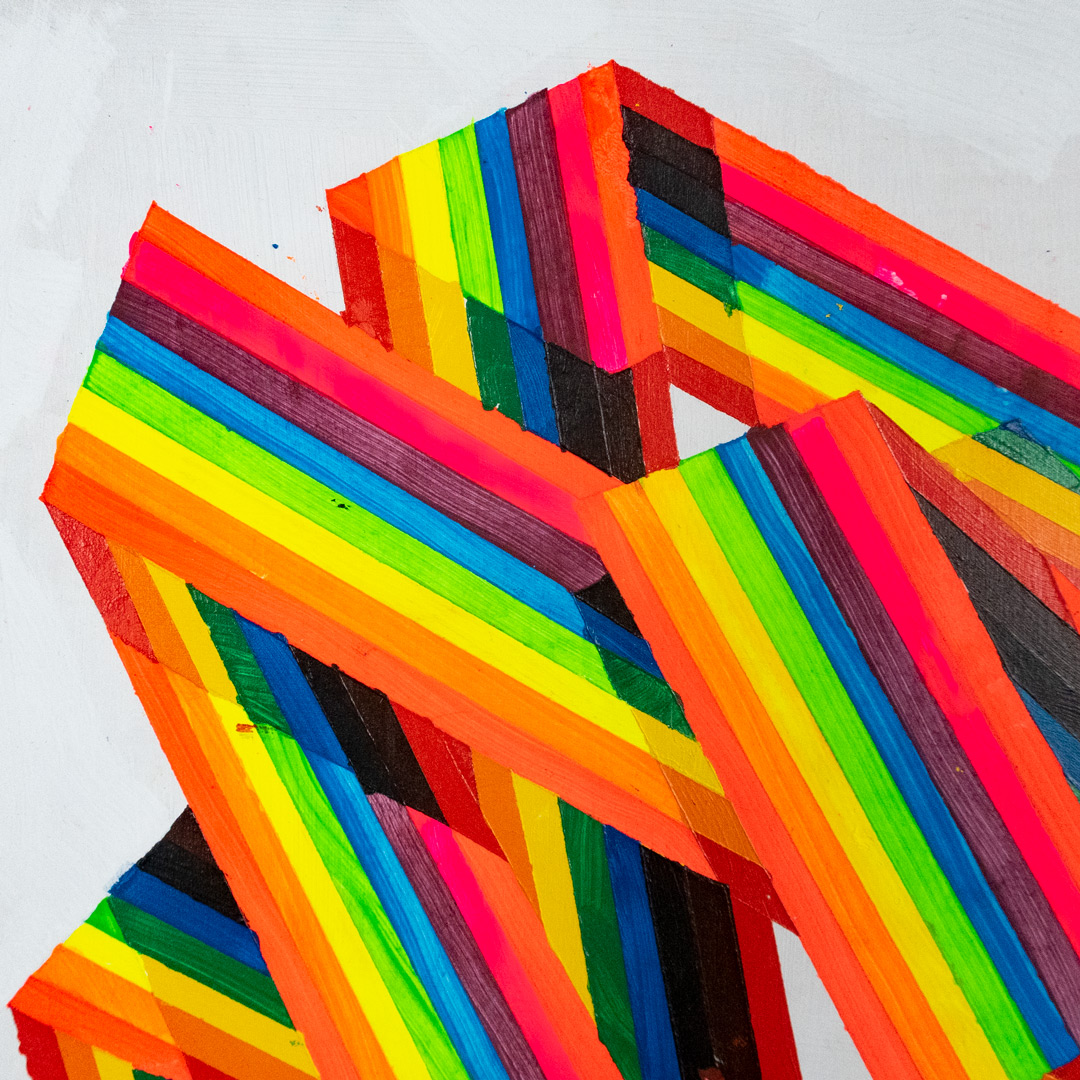 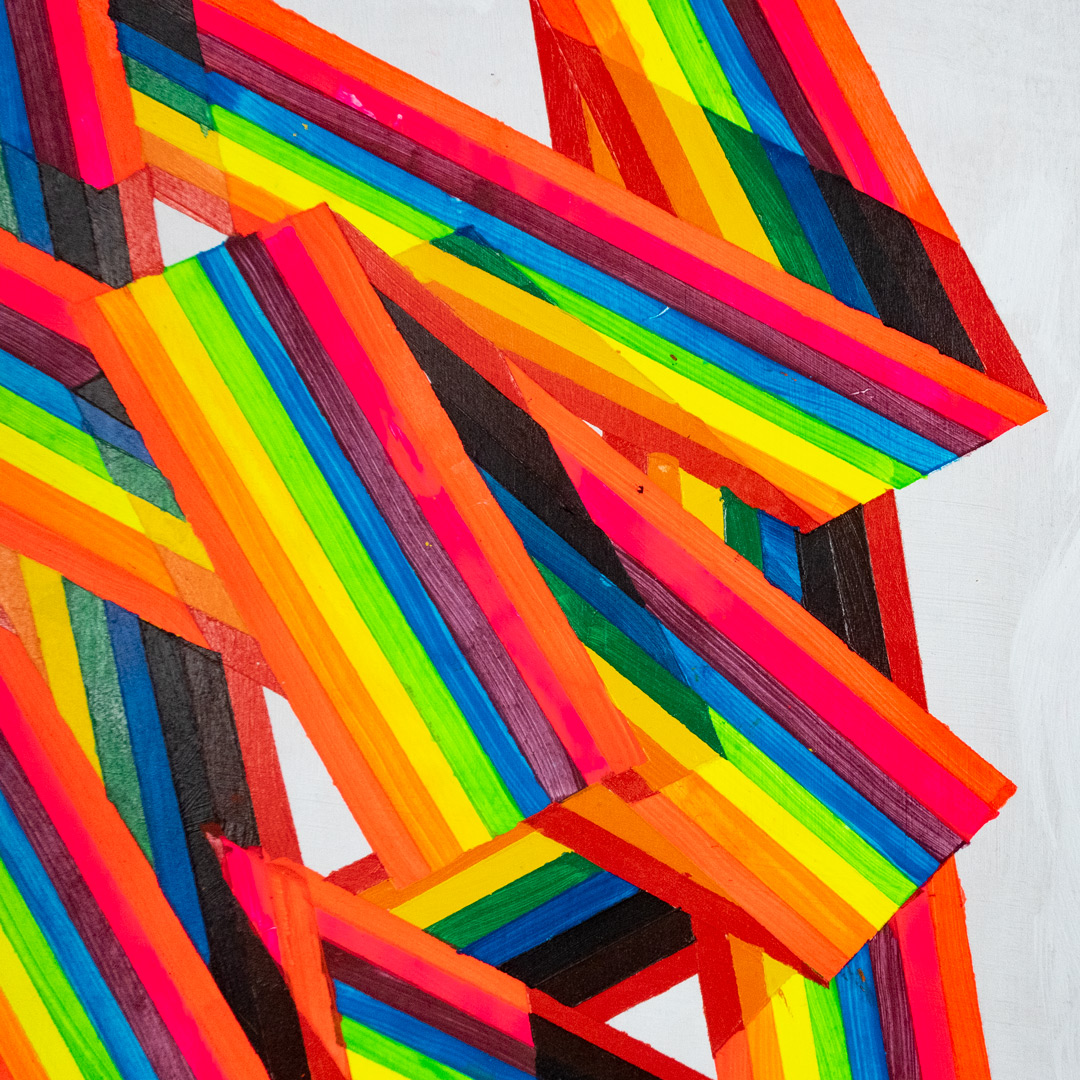 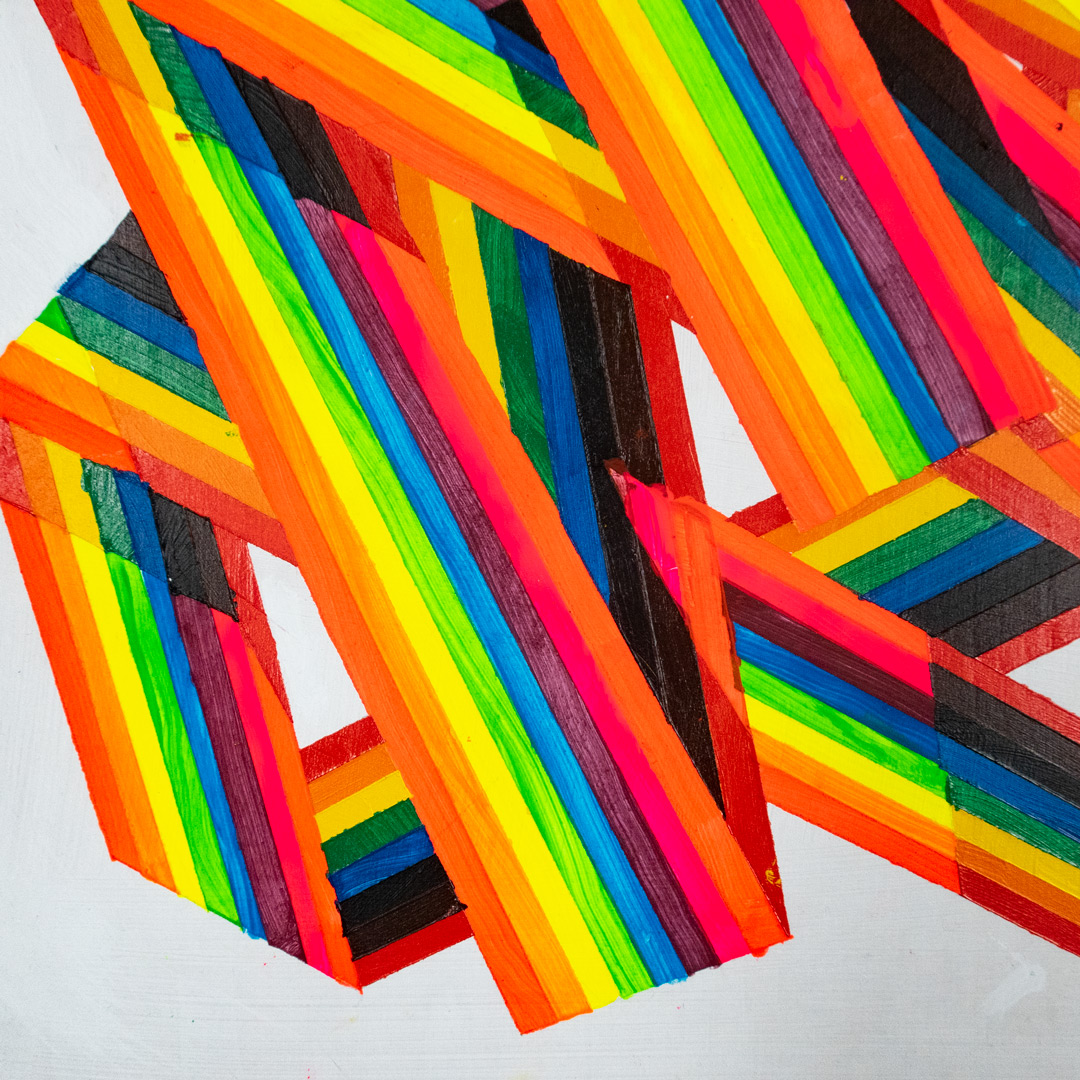 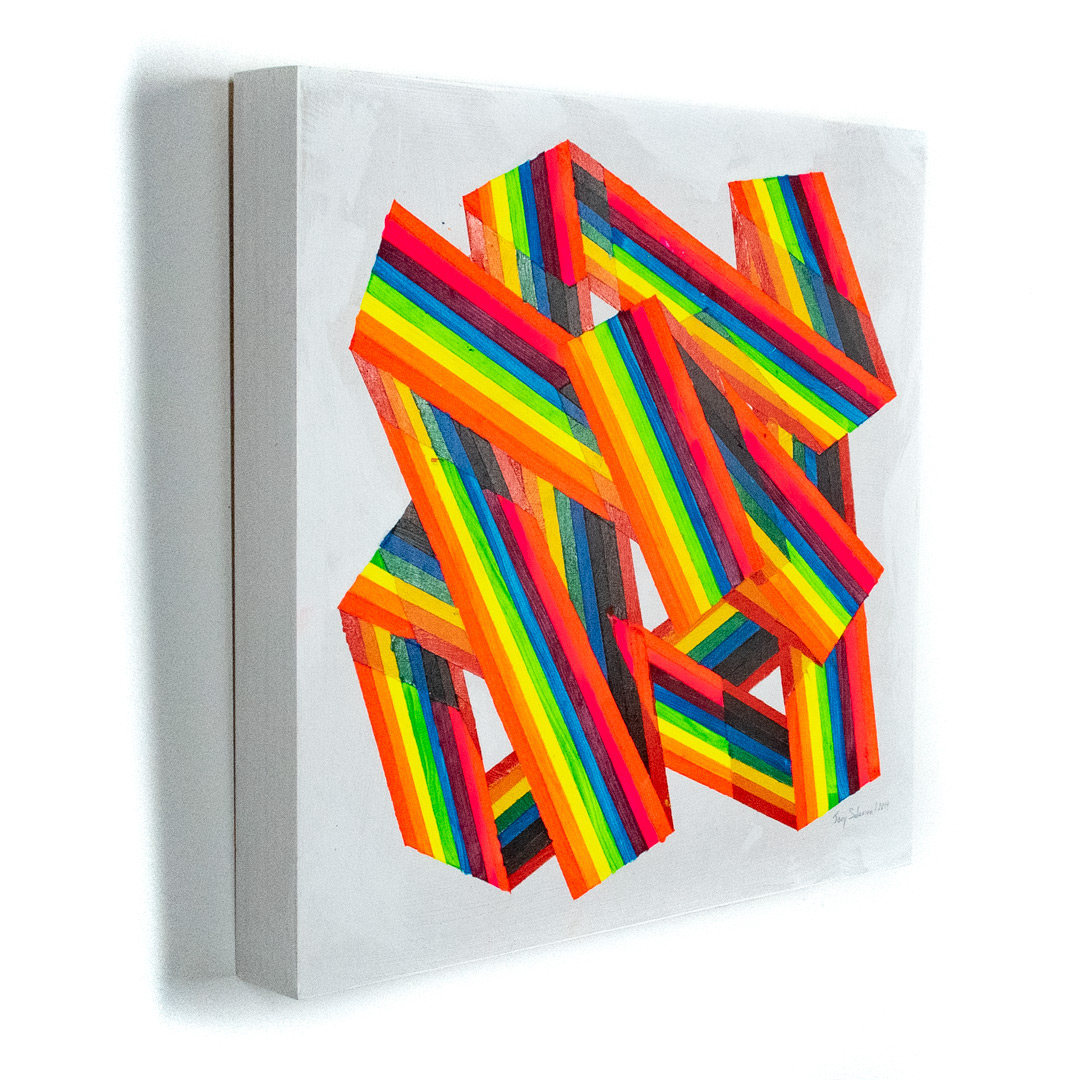 Estate Magazine and numerous musical acts such as Matisyahu, of Montreal, Lotus, Slightly Stoopid, The War on Drugs, The Orwells, The Disco Biscuits, Murder by Death, Guster, The Airborne Toxic Event, and has also been a frequent collaborator with the Bobcat Bonnie’s restaurant group in Detroit including the overall interior design, to name a few. “zig / zag,” Salamon’s first solo exhibit opened April 3rd, 2019 at Detroit Shipping Co. and sold out in six days. His 7,000sq street mural titled “Rainbow Road” completed June 30th, 2019 for the city of Grand Rapids, MI is one of the largest LGBTQ-themed art pieces in existence.
MORE
MORE FROM Joey Salamon
SOLD OUT
Run of 1
Favorite 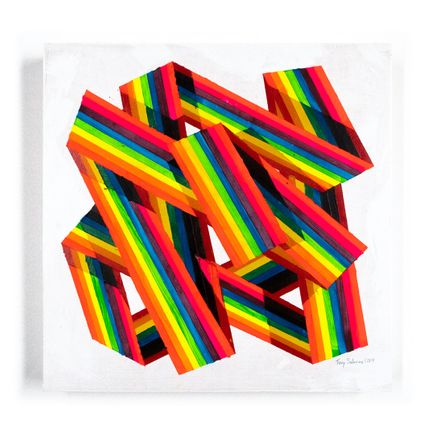