C is For Crucifix 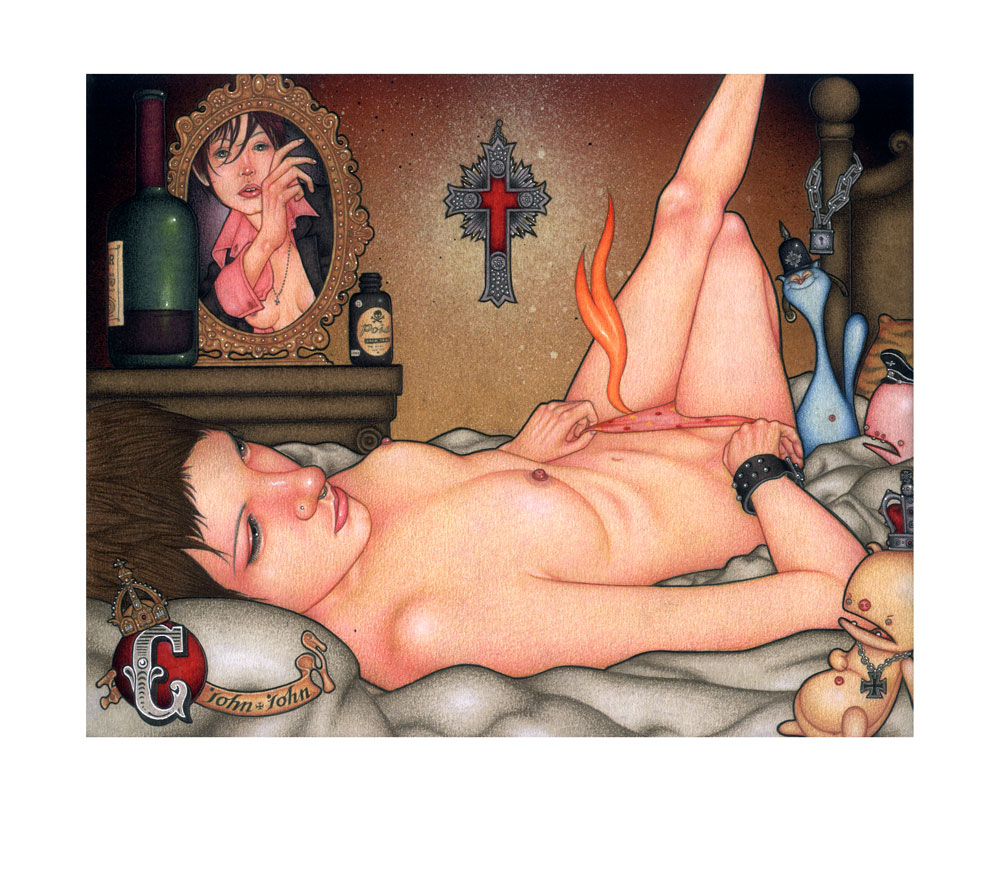 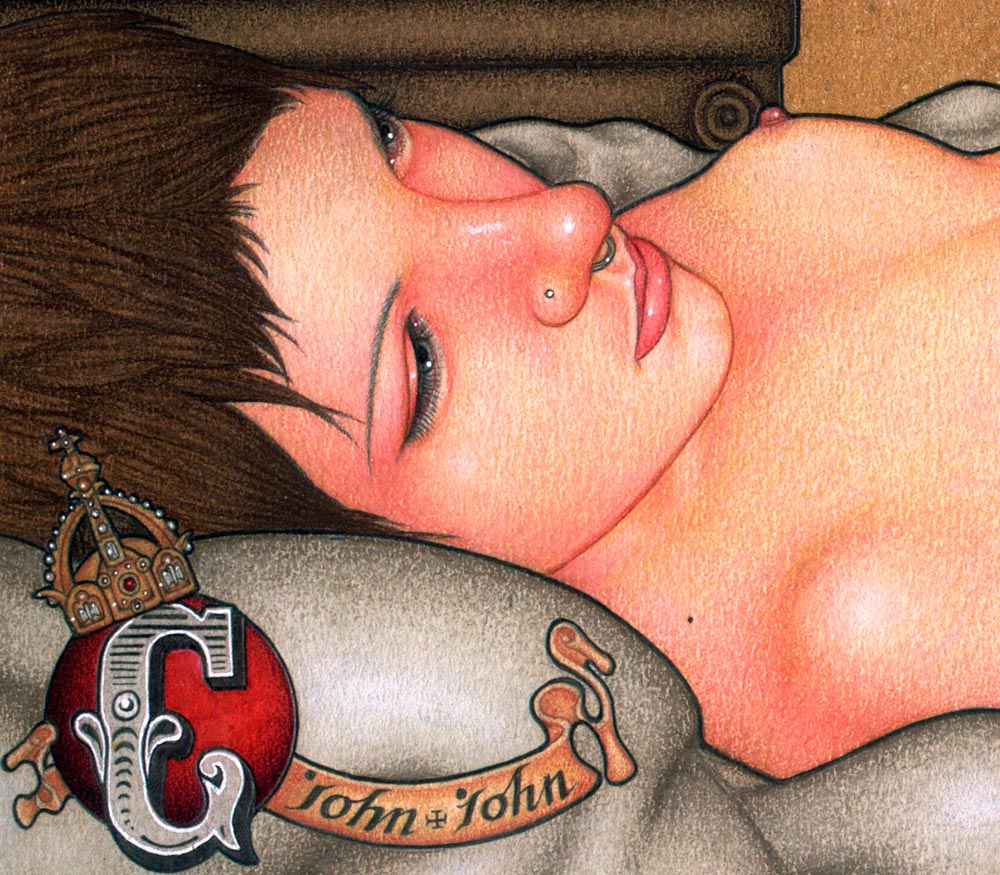 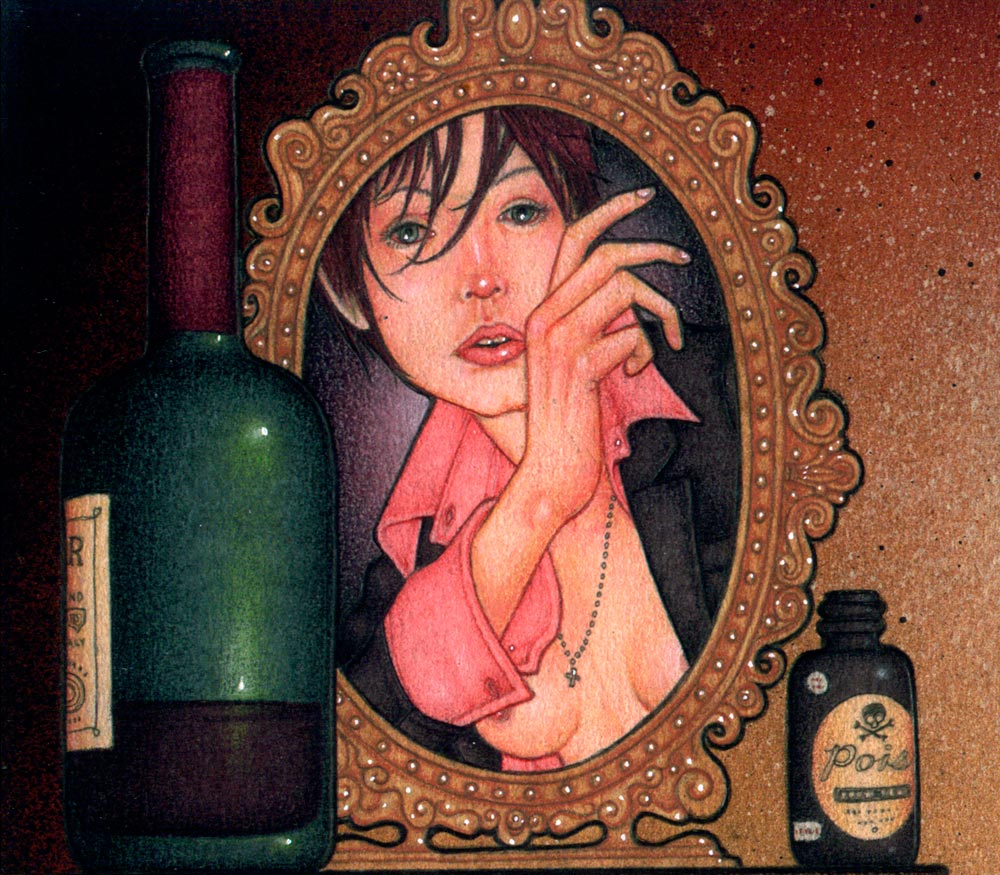 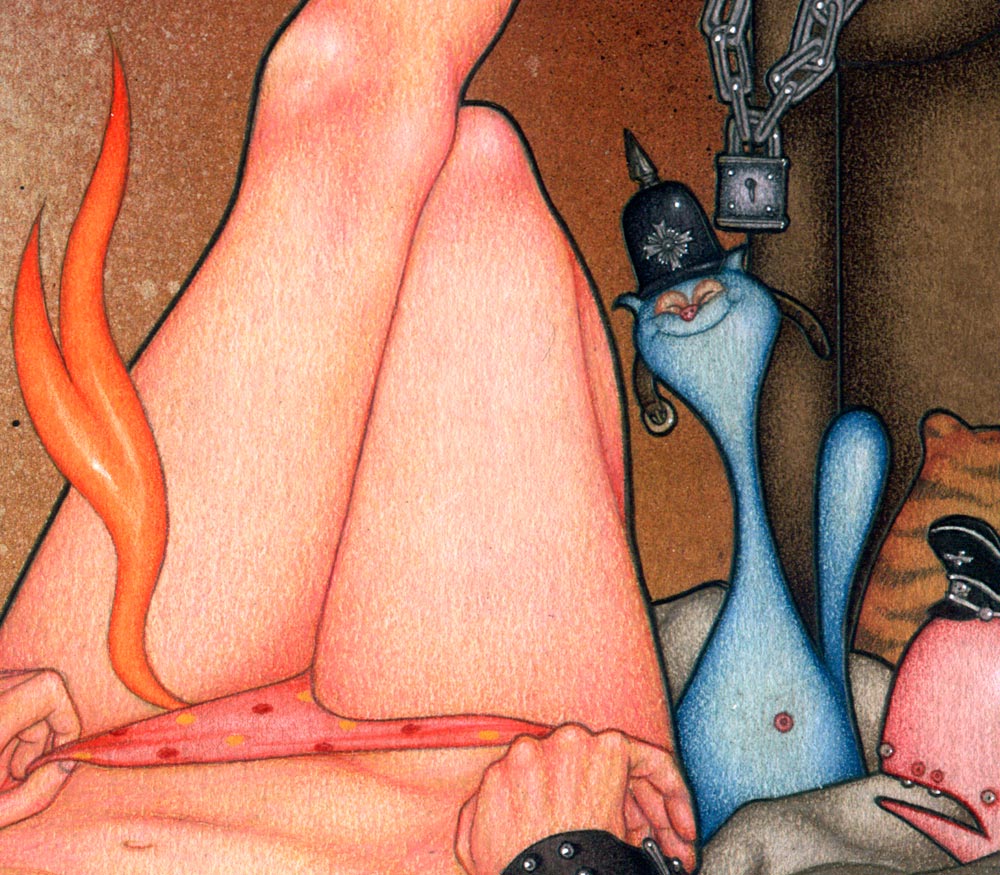 John John Jesse's ever present attention to detail has certainly become his signature style. The models' delineation, facial expressions, their clothing and toys, all reflect the artist's pronounced attitude of familiar experiences.

John John Jesse's amount of energy, precision, idol worship and ceremony, alongside subconscious delight and fear, gives us an imagery with all it's beauty and defiance. He does this with such obsessive detail and flair for originality. To show us that the only hope beyond the tragedy of life, is the fact that he has survived it with his art.

MORE
ABOUT John John Jesse:
A voracious autodidact, John John Jesse began his career by painting posters, flyers and record sleeves for punk rock bands at the age of 14. Born and raised in New York Cityʼs Lower East Side, Jesse was a founding member of the influential punk band Nausea. 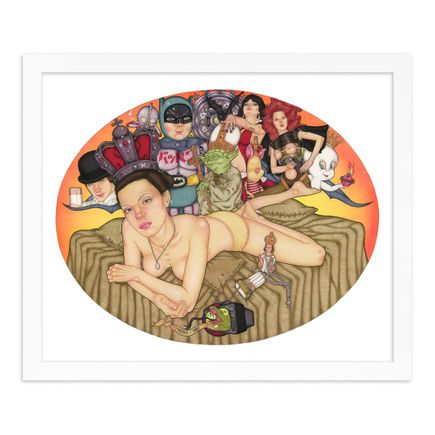 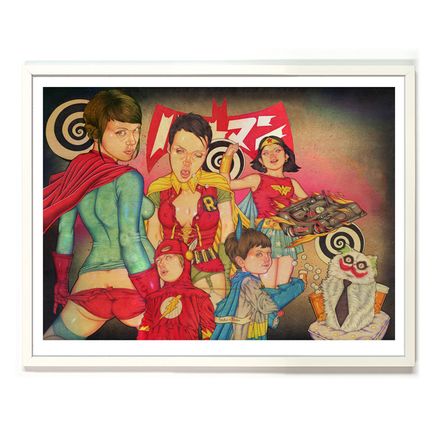