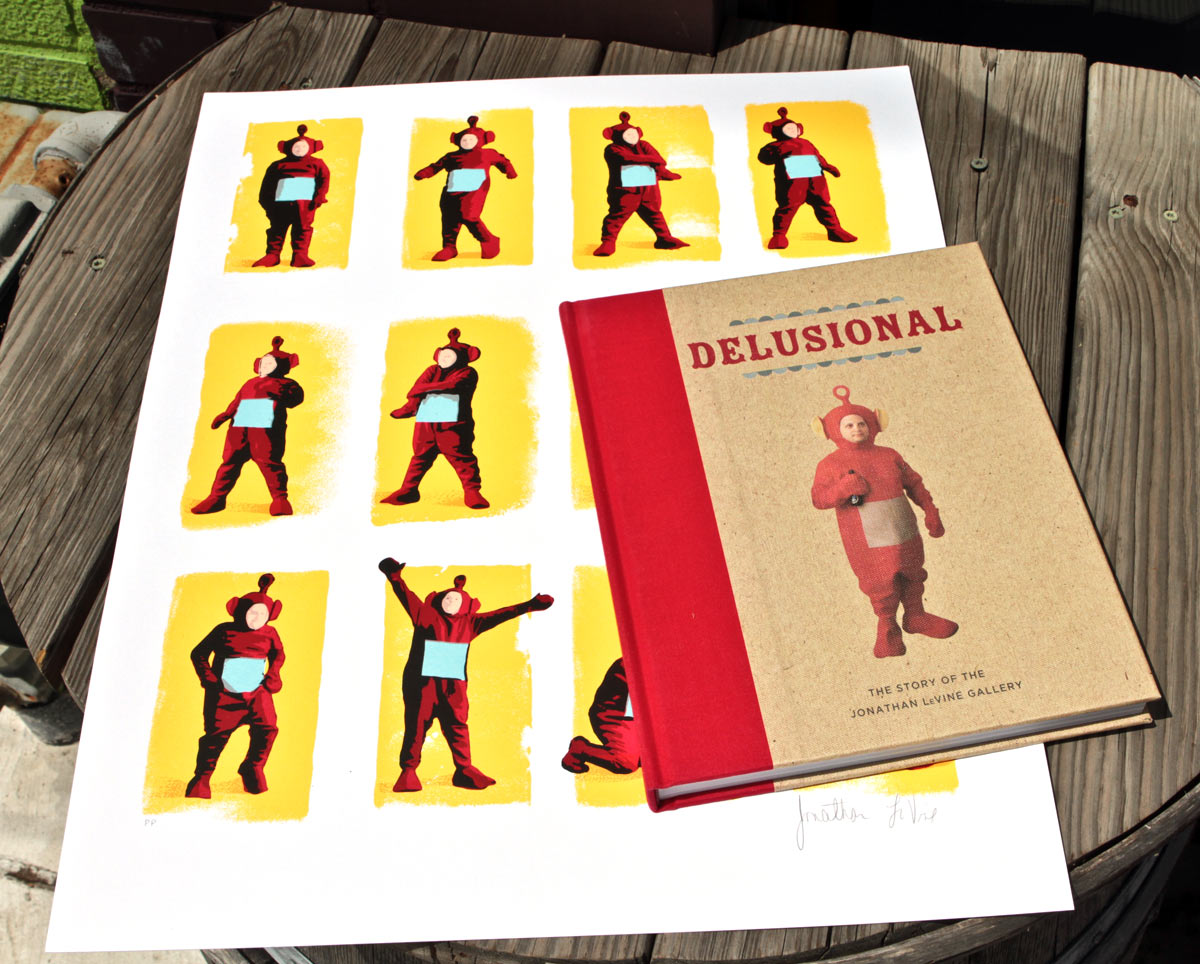 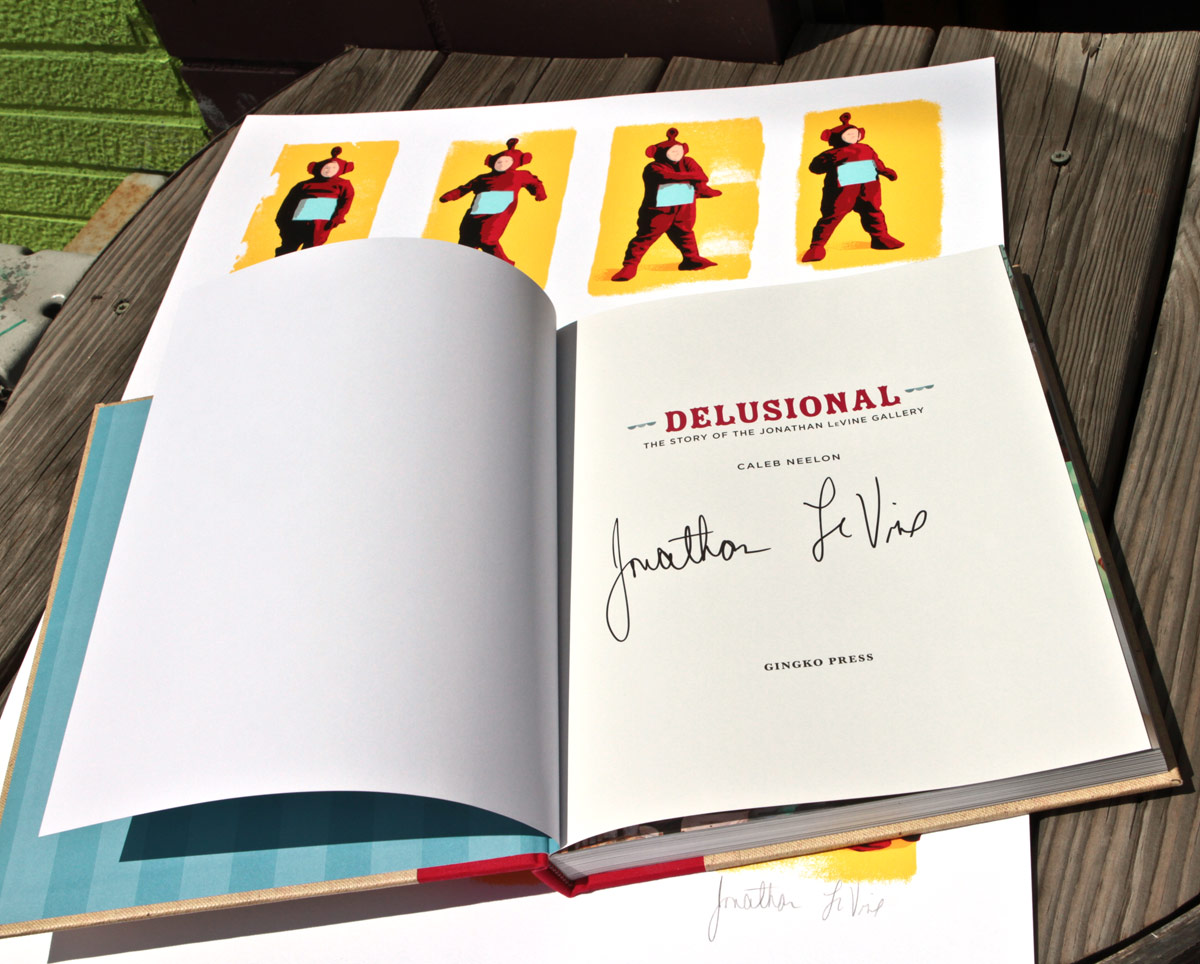 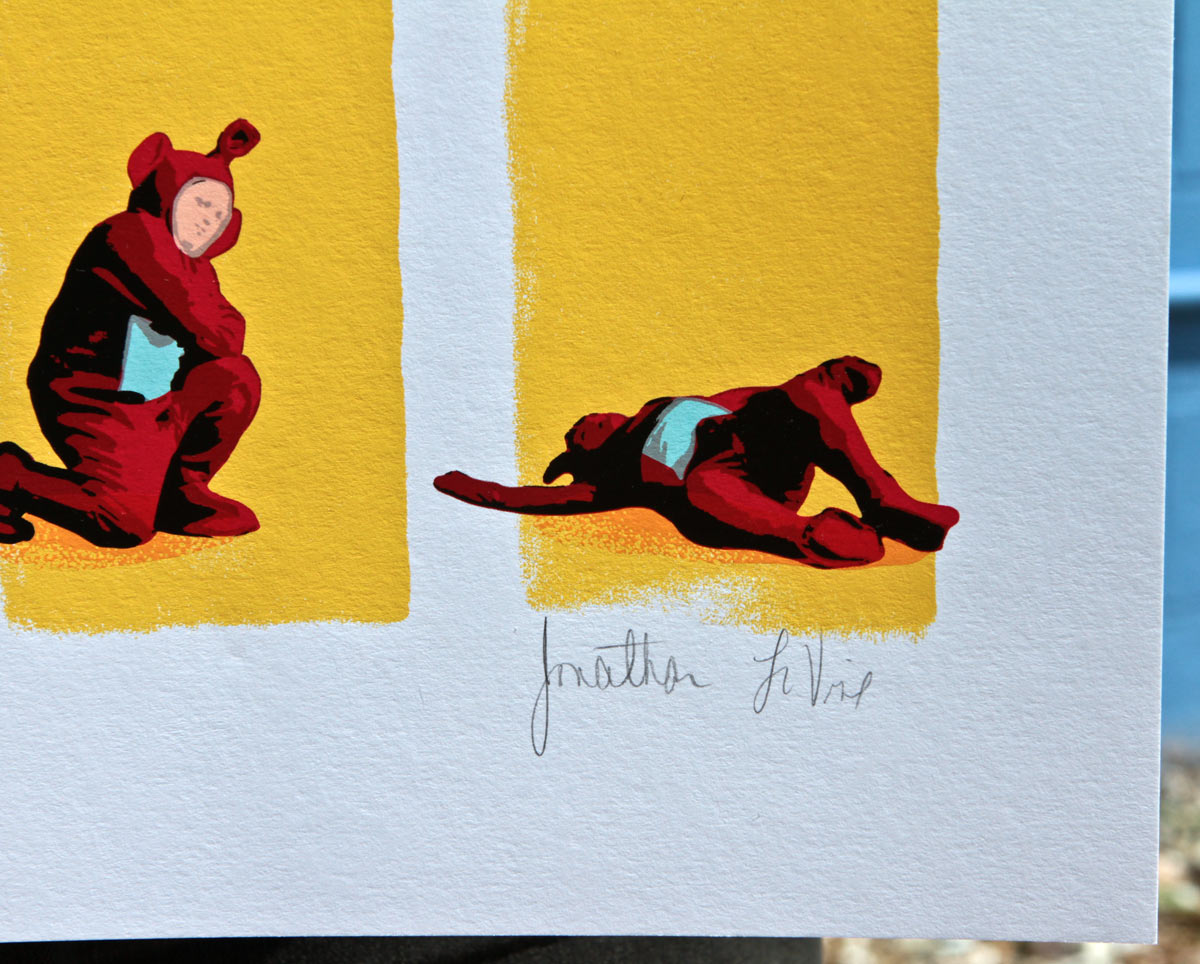 ABOUT THIS ART:
This RUN contains:
- (1) 16 x 20 Inch 7-Color Screen Print by Jonathan LeVine (featuring LeVine in his iconic Teletubby outfit doing various breakdancing positions.)
- UPDATE Dec. 2015: This RUN is for the print ONLY.  Books are SOLD OUT!

"Widely revered as the 'artist's gallerist' Jonathan LeVine has nourished a much needed alternative viewpoint within the stilted New York art market. Readers will discover the fascinating backstory that brought this punk kind from Trenton, New Jersey to the hallowed gallery walls of Chelsea. LeVine published a fanzine in the 1980s, curated at diverse venues in the 90s, ran Tin Man Gallery in New Hope and Philadelphia, then launched Jonathan Levine Gallery in New York City. Jonathan's enthusiasm and commitment belie everything that the art market teaches us, for surely such ambitions for the art he promotes could be considered delusional at best. He has proved us wrong." - Carlo McCormick, Senior Editor of Paper Magazine & writer of the foreword for Delusional: The Story of The Jonathan LeVine Gallery

This RUN comes signed, numbered and with a Certificate of Authenticity from Jonathan LeVine and 1xRUN

MORE
ABOUT Jonathan LeVine:
Jonathan LeVine currently owns and operates the Jonathan LeVine Gallery, in the Chelsea area of Manhattan. As a youth in the 1980s, LeVine recognized the appeal of countercultural aesthetics including punk flyers, comics, graffiti and tattoos. Beginning in 1994, LeVine became an independent curator, organizing exhibitions at punk and alternative rock venues in the area such as: CBGB, Webster Hall, Max Fish, and Maxwell's. By promoting these visual art forms through group shows in venues that were home to their musical counterparts, LeVine gave a home to this nascent art movement, early on. Artists featured in these early exhibitions include well-known figures such as Ron English, Daniel Johnston, and Shepard Fairey. Since then, LeVine has been instrumental in the promotion and proliferation of lowbrow and street art on the east coast where he remains a figurehead of the New York art community.
MORE
MORE FROM Jonathan LeVine
SOLD OUT
Run of 5
Favorite 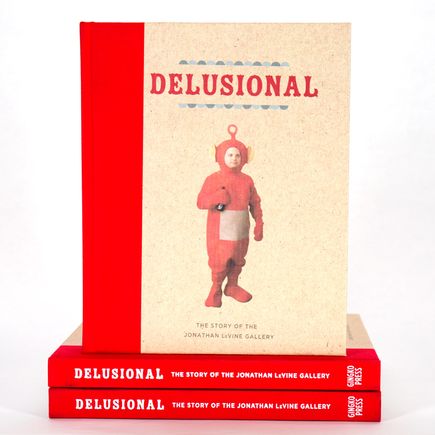