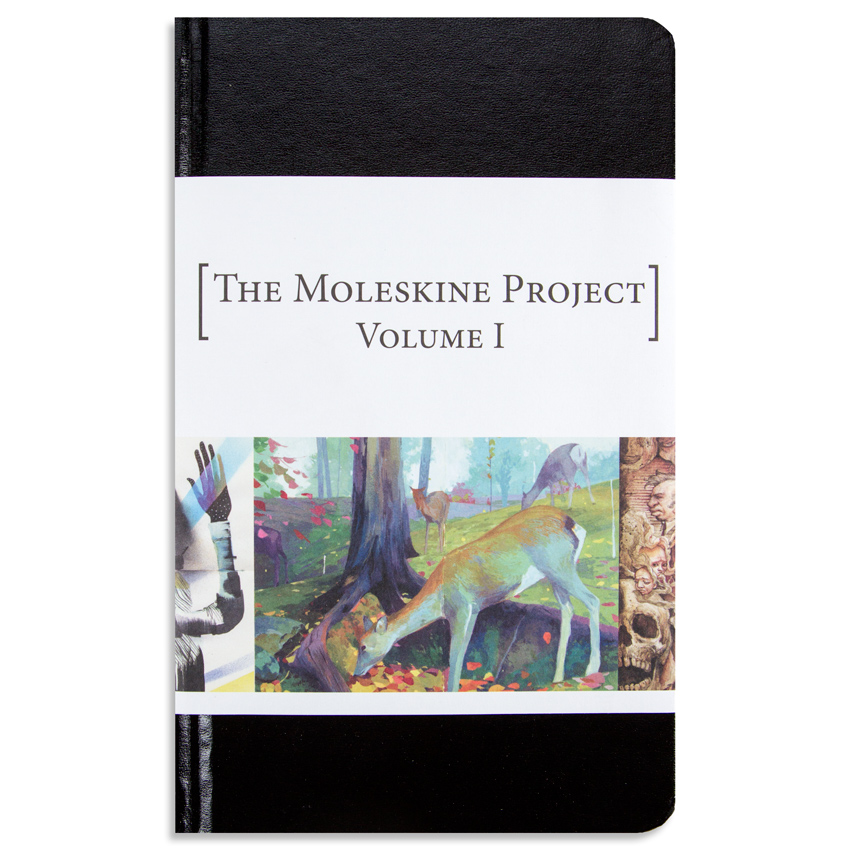 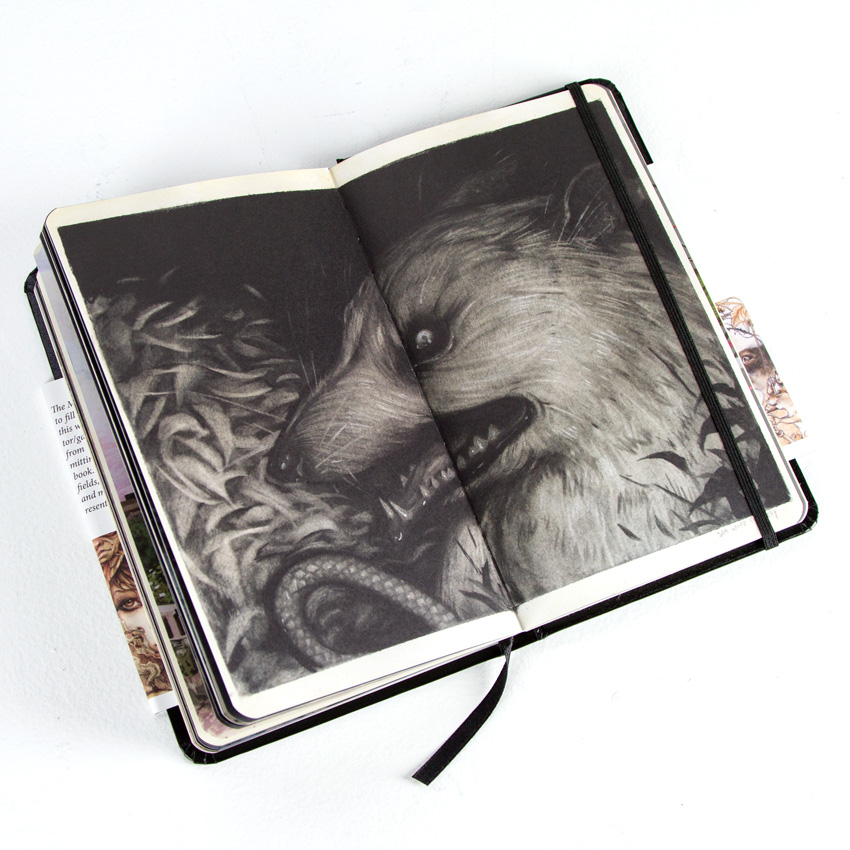 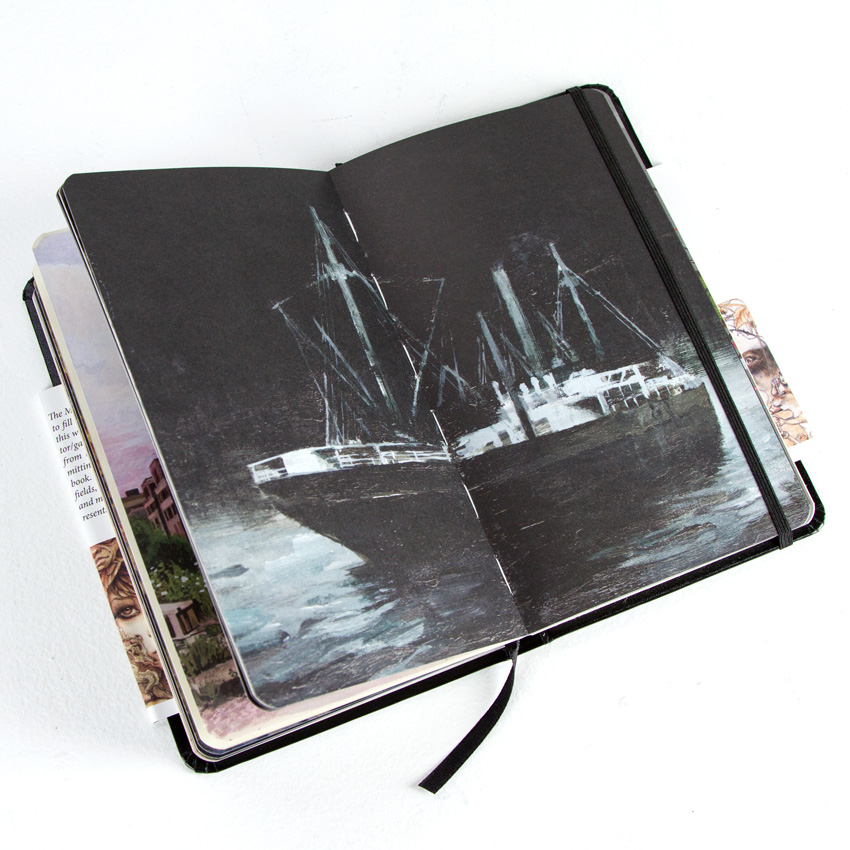 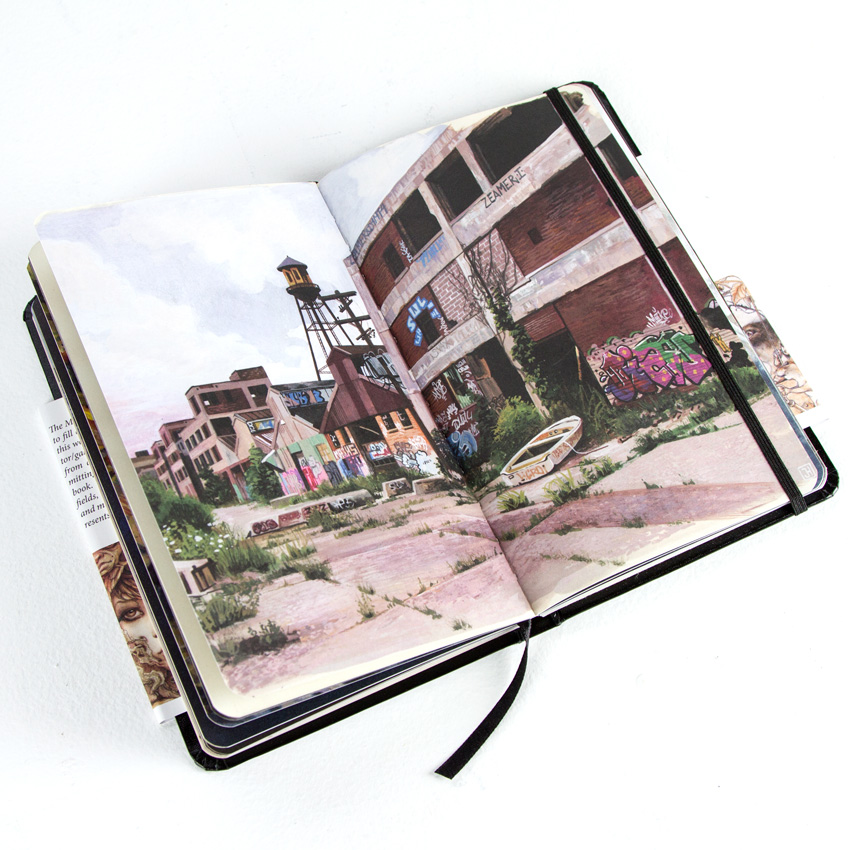 ABOUT THIS ART:
The Moleskine Project began as one artist’s mission to fill a sketchbook cover to cover. After exhibiting this work at Spoke Art Gallery, Rod Luff and curator/gallerist Ken Harman decided to invite artists from around the world to participate, each submitting artwork to fill up one spread of a sketchbook. The artists came from a variety of creative fields, including film, comics, fine art, illustration and more. The results were magical. This book represents the culmination of the last two exhibitions collected into one volume.