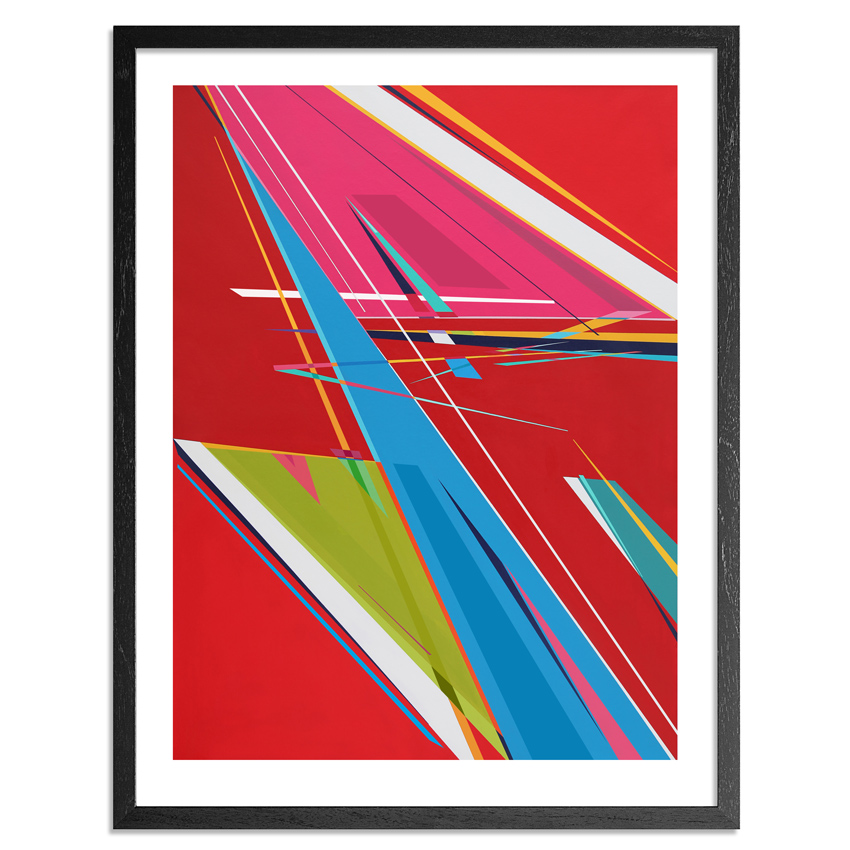 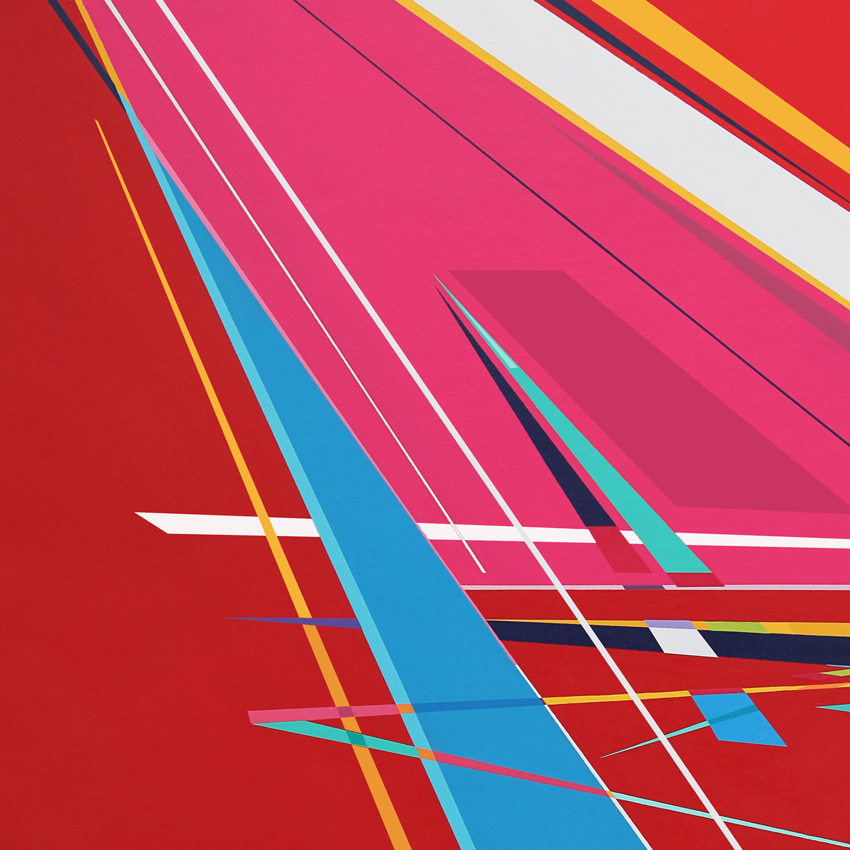 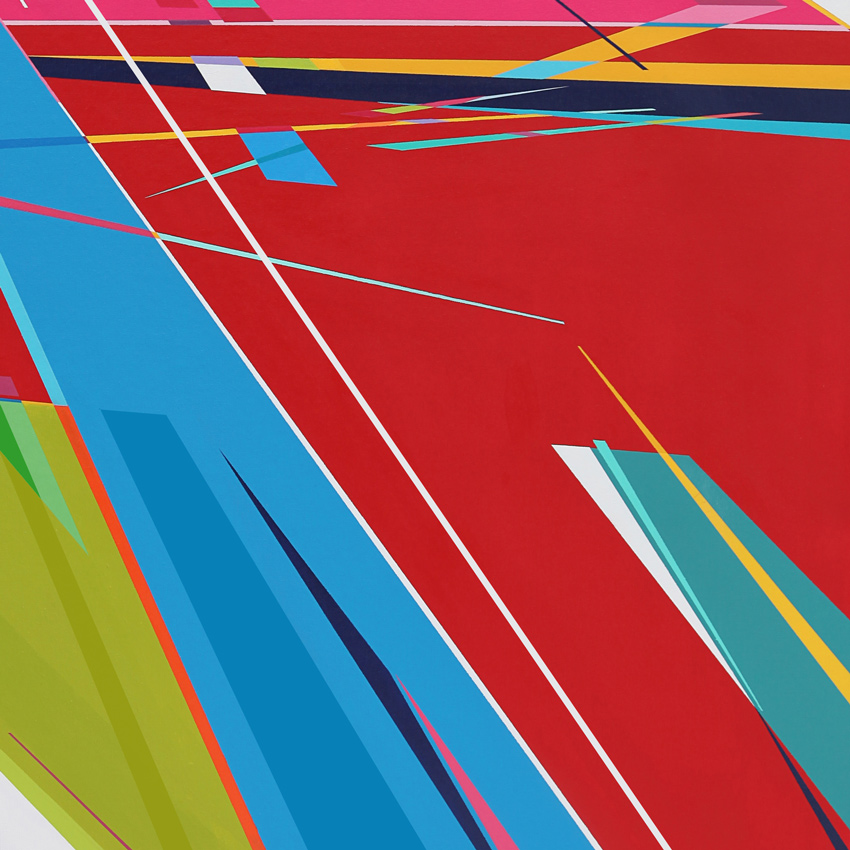 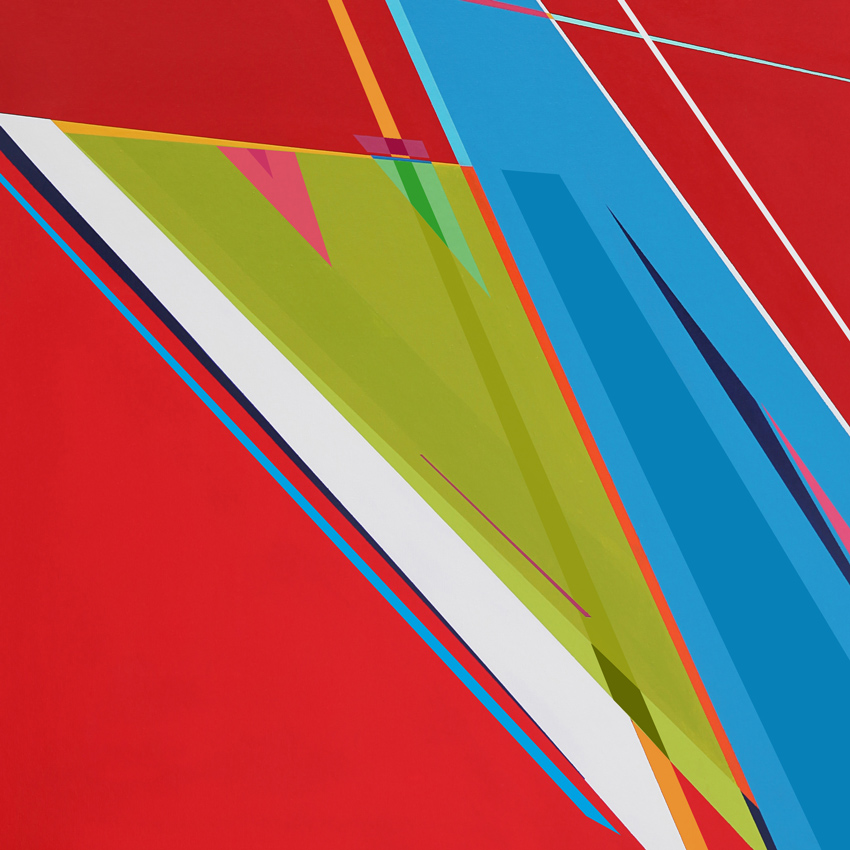 "The idea is to paint the accelerations of two bodies. I chose to make two shapes as an initial concept, one on the right and another on the left, and then I started creating from the straight lines. I tried to unite them all to give more velocity to the two initial forms.

With the work from my latest solo exhibition I've merged all the styles that I have developed over the last 10 years: geometry, abstract, deconstruction, dimension and movement. For this concept it has been very important building with points, creating infinite points from a continuous and indefinite succession that defragments the line on the plane into multiple fragments in a single dimension. A song is formed by a set of rhythms. I paint rhythms, deconstruct and construct them, creating a new audio visual piece of work. Transforming each rhythm into my different pictorial language." - Kenor
MORE
ABOUT Kenor:
"Not many graffiti artists like to paint the streets in the nude. But Kenor is not just any graffiti artist. A self-confessed extraterrestrial, a born performer, Kenor’s organic, kaleidoscopic productions are geometric representations of sound and movement, visual interpretations of music and dance in two-dimensional form. Whilst the production of art must always be understood as a performative act then, Kenor’s images are saturated with this corporeal trace, artefactual remnants of his burning energy. Their multicolored, effervescent hues, their fluid, protean contours, mean we are forced to enter into, to travel into his paintings, to travel within his “abstract architecture”, his architecture “floating in the cosmos”.