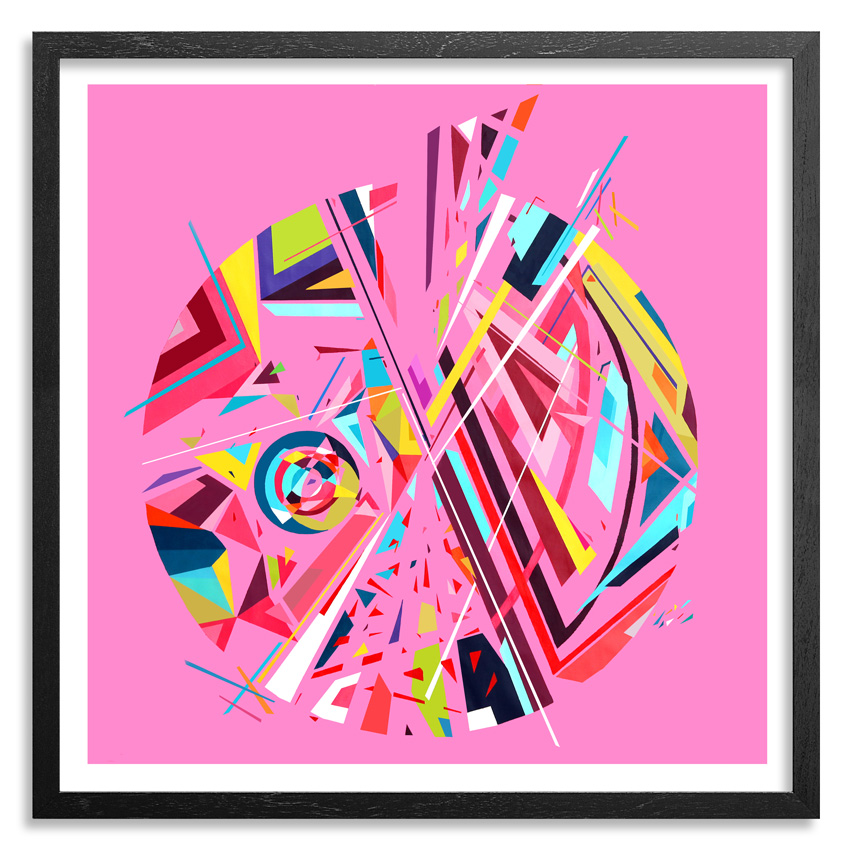 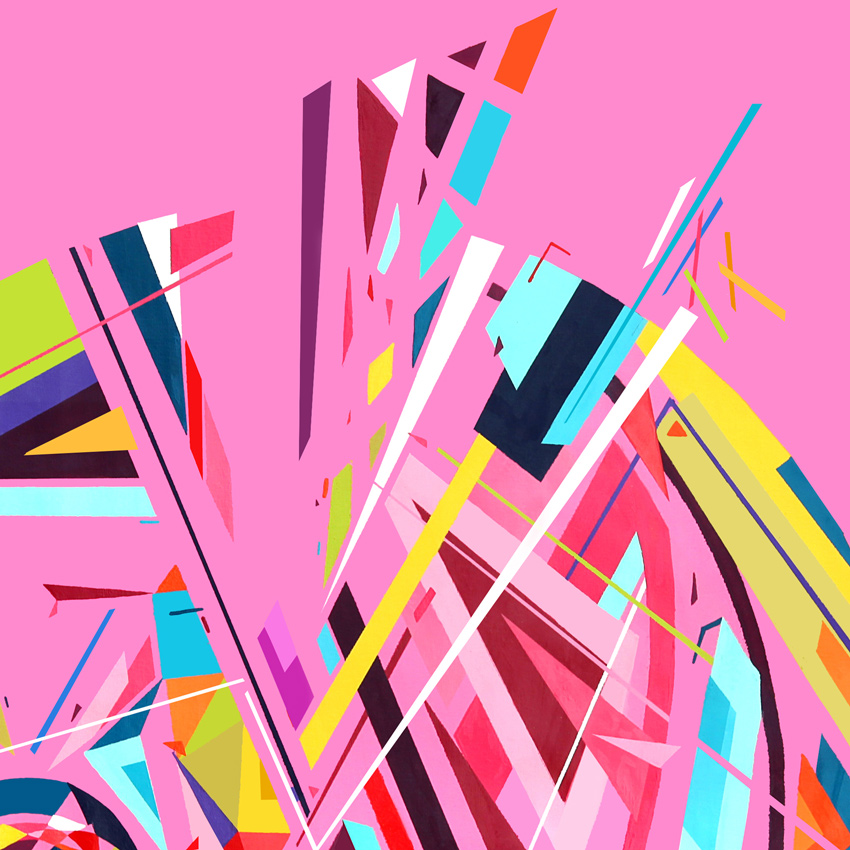 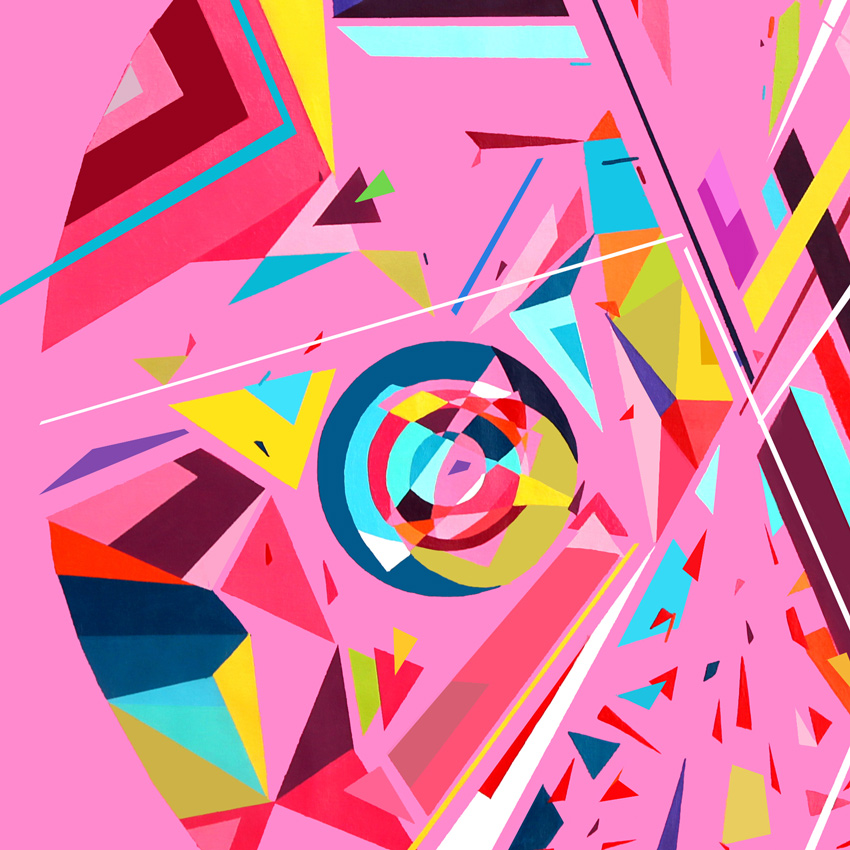 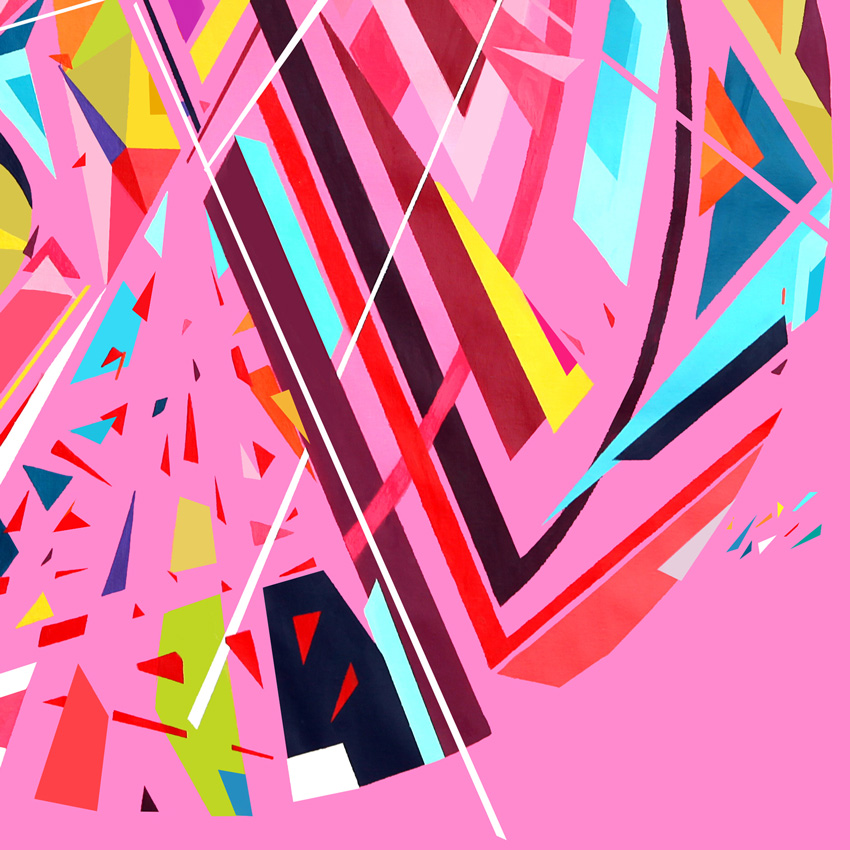 "This piece is my interpretation of the album Magneze by Surgeon. Some time ago I wanted to do a tribute to the sound of Surgeon. As I listened to the album, the idea for this piece came about and I decided to play the sound in the canvas. This piece is not part of a series. It is unique. Here I have integrated all the styles that I've used in the last couple years, combining it with different languages, abstract geometry, dimension, and deconstruction. If you have this piece, you have the most important piece of my last decade. This piece closes an era in my creation." - Kenor
MORE
ABOUT Kenor:
"Not many graffiti artists like to paint the streets in the nude. But Kenor is not just any graffiti artist. A self-confessed extraterrestrial, a born performer, Kenor’s organic, kaleidoscopic productions are geometric representations of sound and movement, visual interpretations of music and dance in two-dimensional form. Whilst the production of art must always be understood as a performative act then, Kenor’s images are saturated with this corporeal trace, artefactual remnants of his burning energy. Their multicolored, effervescent hues, their fluid, protean contours, mean we are forced to enter into, to travel into his paintings, to travel within his “abstract architecture”, his architecture “floating in the cosmos”.