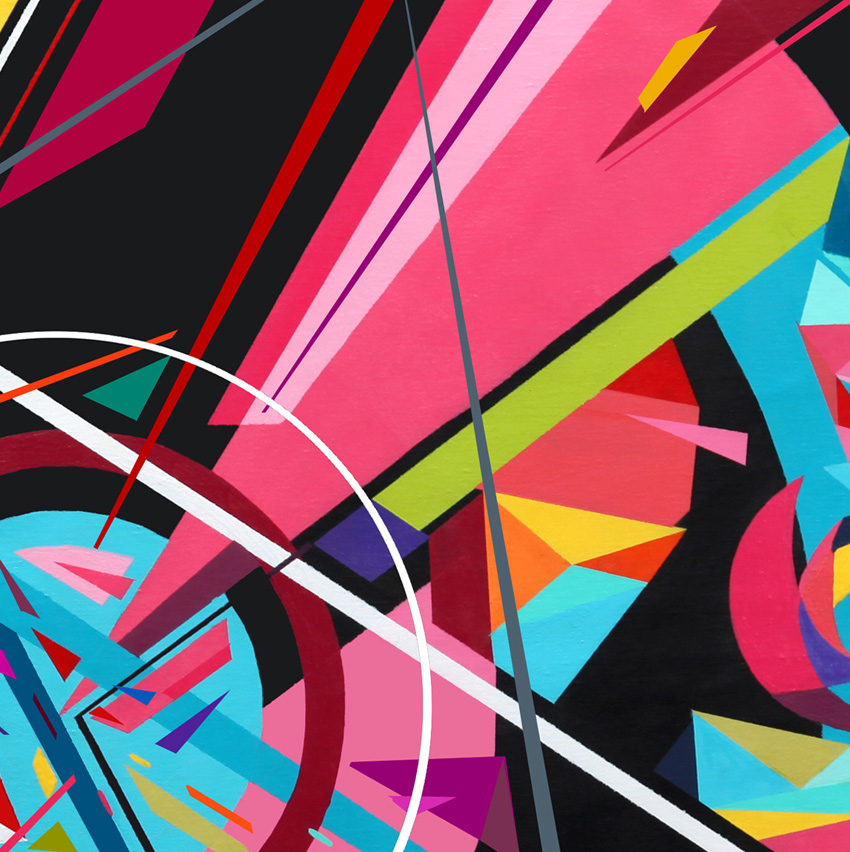 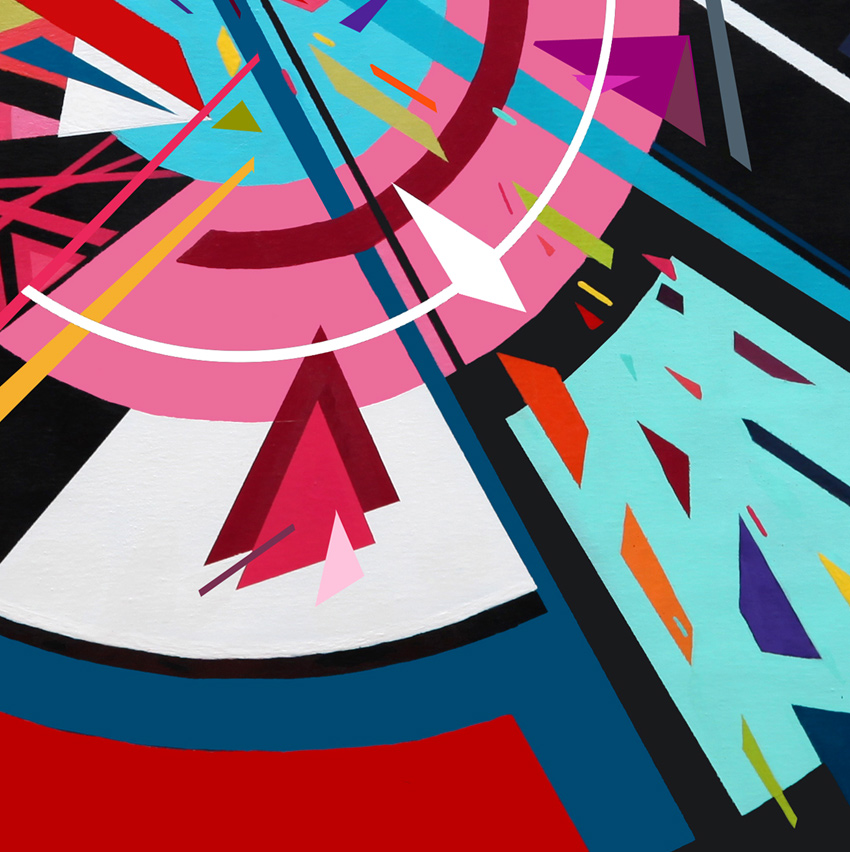 
" In this painting I have merged all the styles that have developed over the last 10 years. Deconstruction, abstract geometry, dimension and movement. The idea was to paint without sketching. A painting action reaction. With all senses open.

The idea for this piece was born after hearing the last album of Pan Sonic Gravitoni. My work is heavily influenced by the music that created this duo of experimental techno music Finland. Your music starts from a small sound, as a reference point, which is growing and mutating repeatedly and constantly evolving. The idea was to paint this sound." - Kenor