Kick Out The Jams - Liner Notes

SOLD OUT
Favorite
IN THIS COLLECTION:
Kick Out The Jams
2 Artworks0 Available 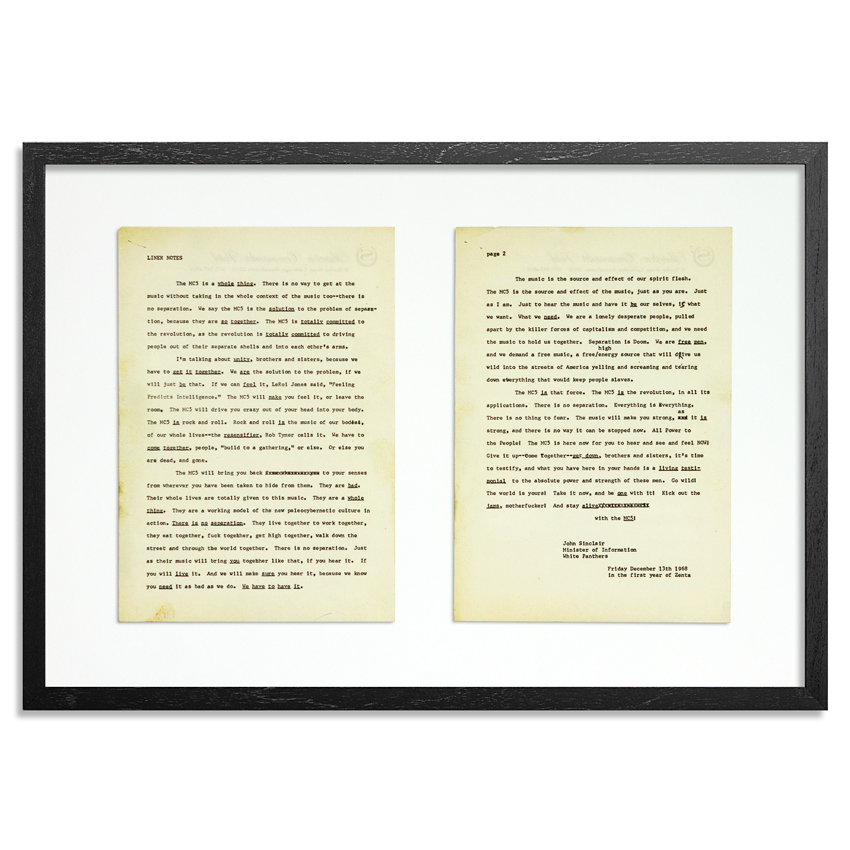 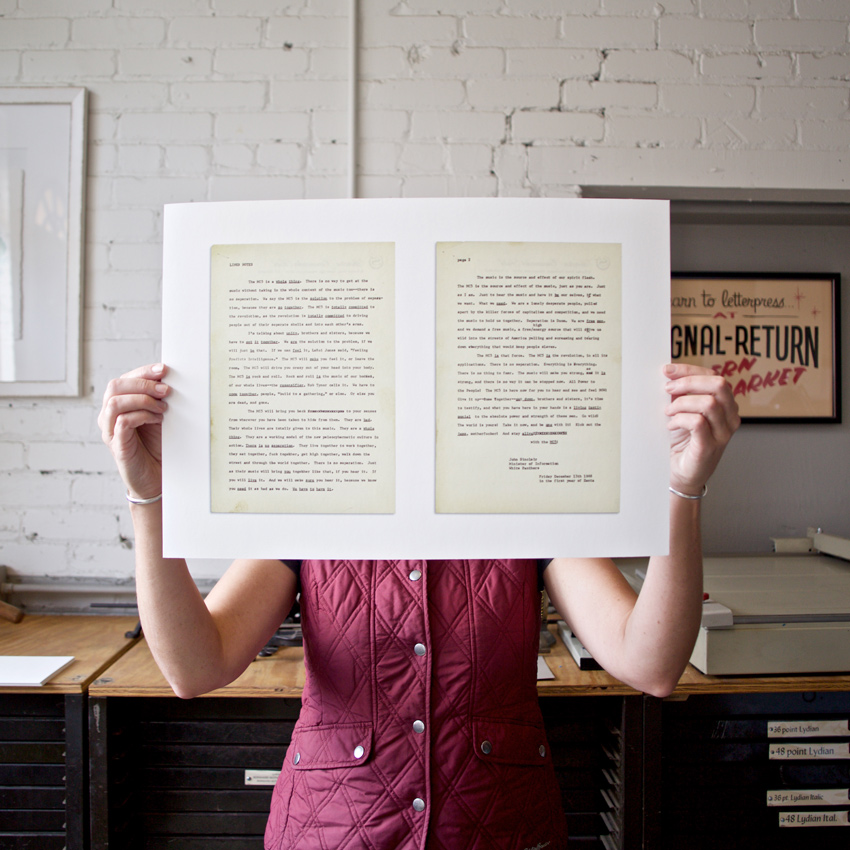 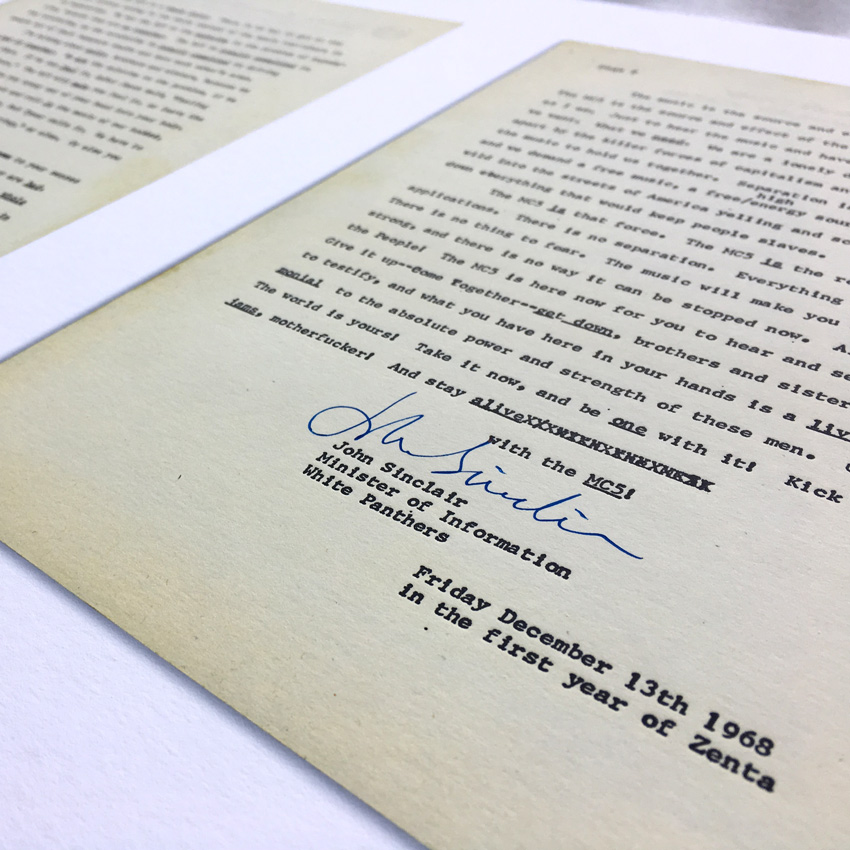 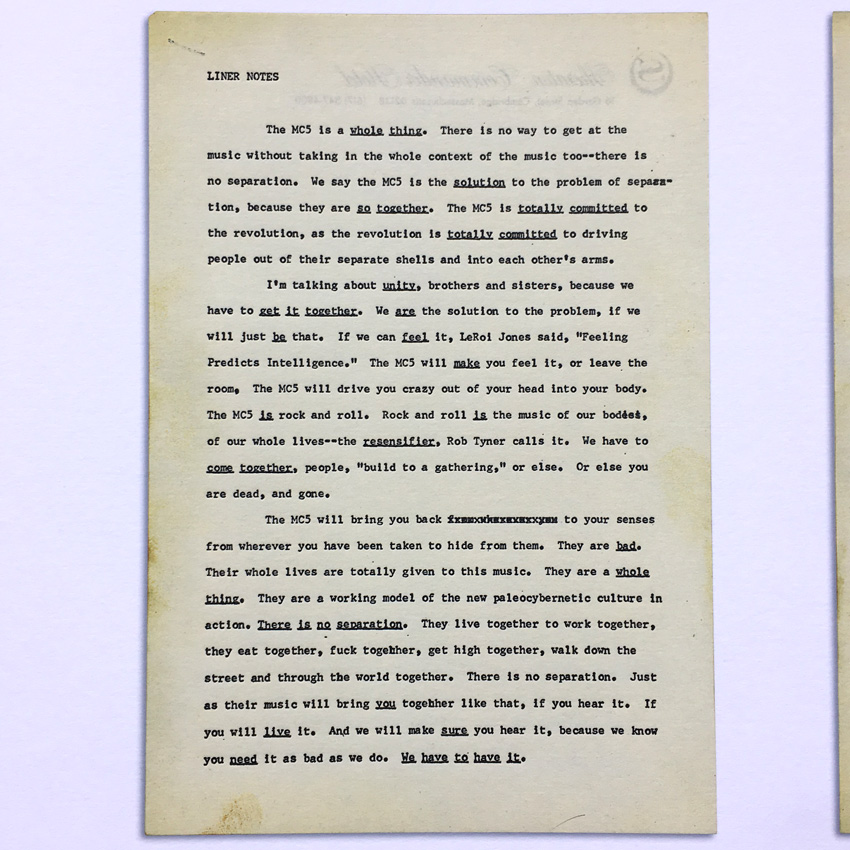 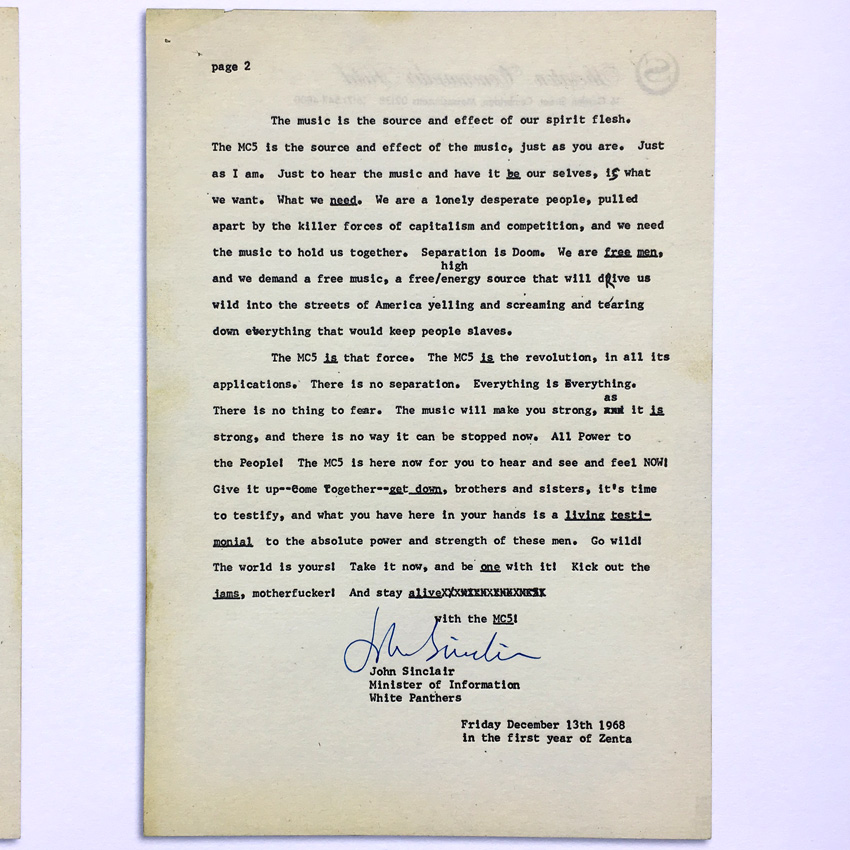 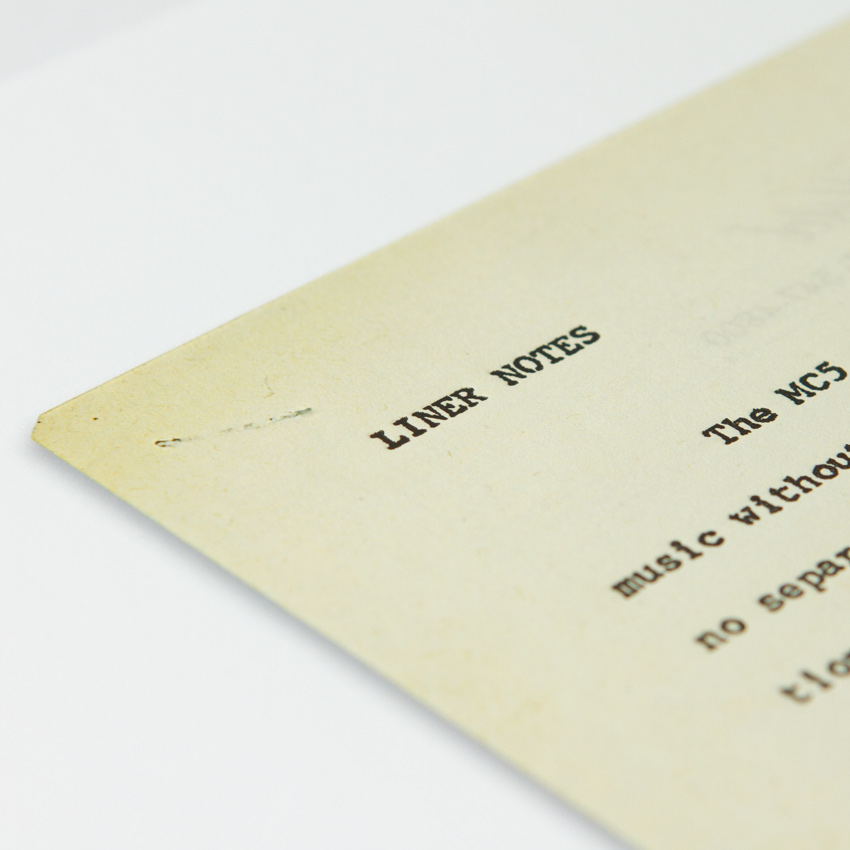 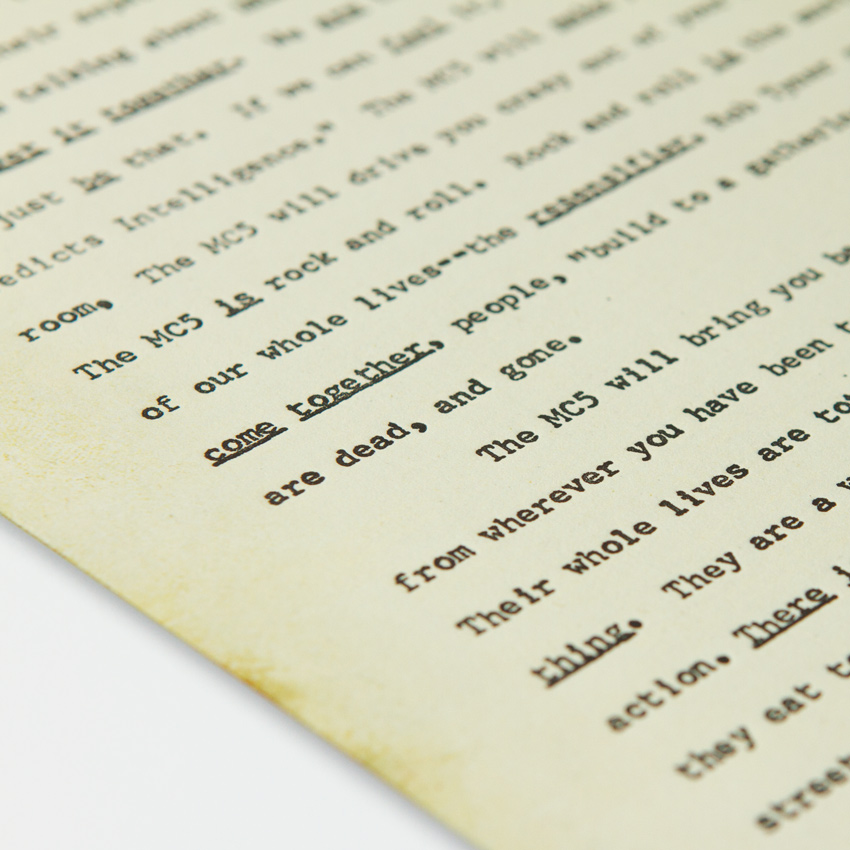 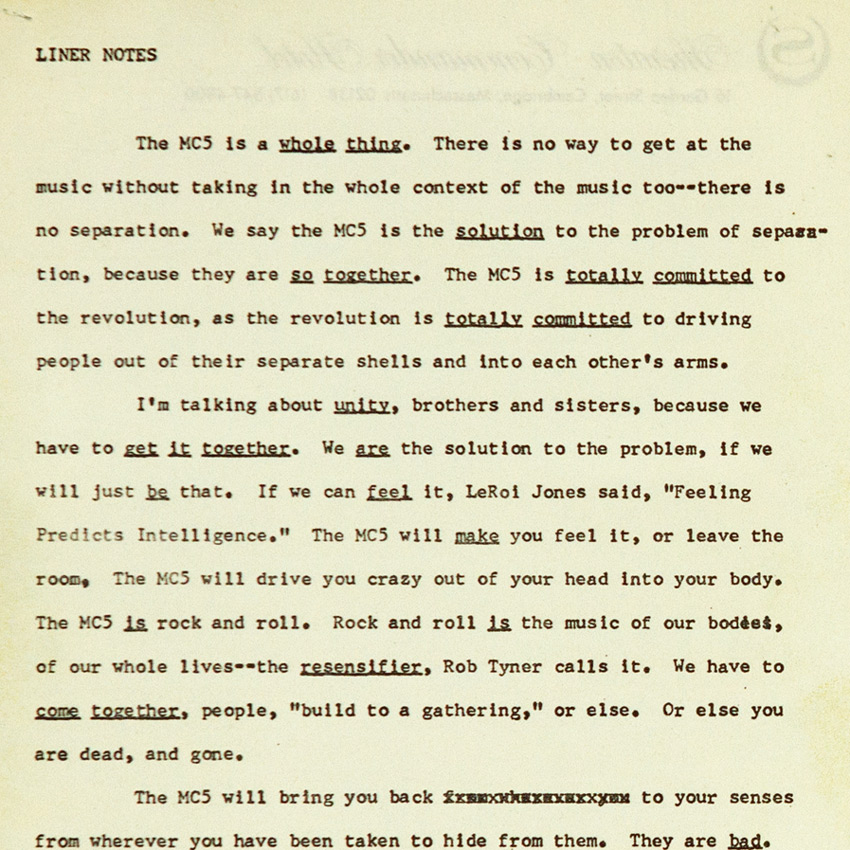 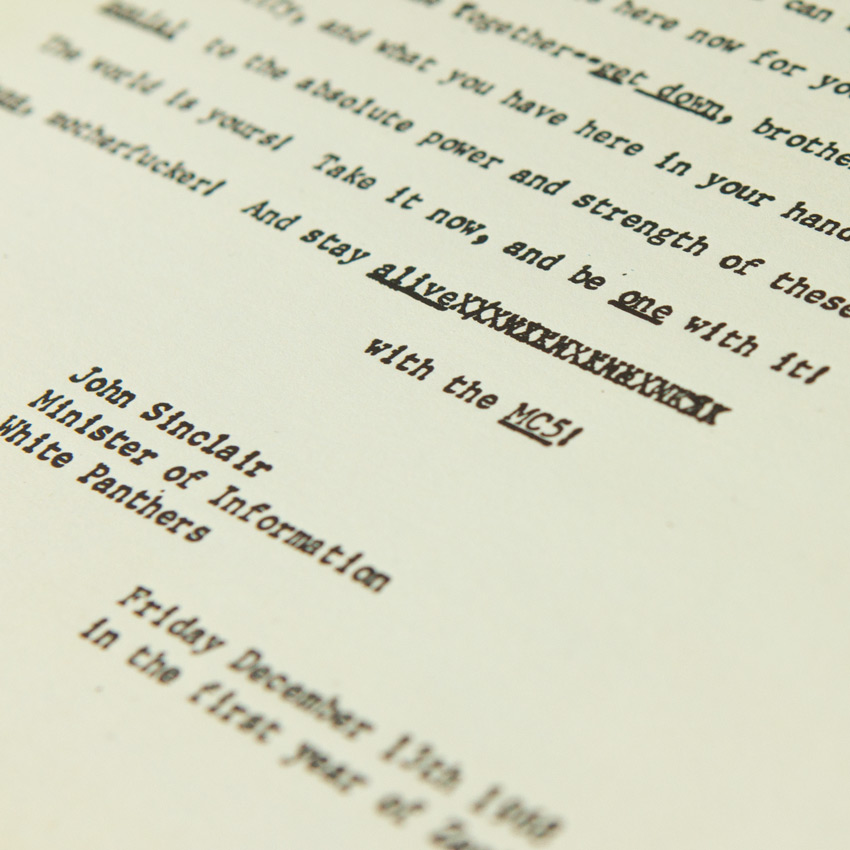 "They knew it would blow up. They had that ambition. There was nothing stopping them. They were into whatever would help make the band more exciting. Especially the outfits. They kinda got the idea from watching people like James Brown. They knew they wanted the audience to feel excited and to come back, so they never wore the same things twice. We did a new light show every weekend. There was always something new to keep the fans coming back.” - Leni Sinclair

The first MC5 album, recorded “live” at Detroit’s Grande Ballroom in the fall of 1968, exploded onto the scene like a bomb through a courtroom window, accompanied by a declaration that Sinclair, the band members and selected compatriots had formed the White Panther Party to oppose the U.S. government and support the Black Panther Party.
MORE
CLOSE
FILTER
APPLY
Type
-
Price
-
Availability
-
Availability
-
Country
Availability