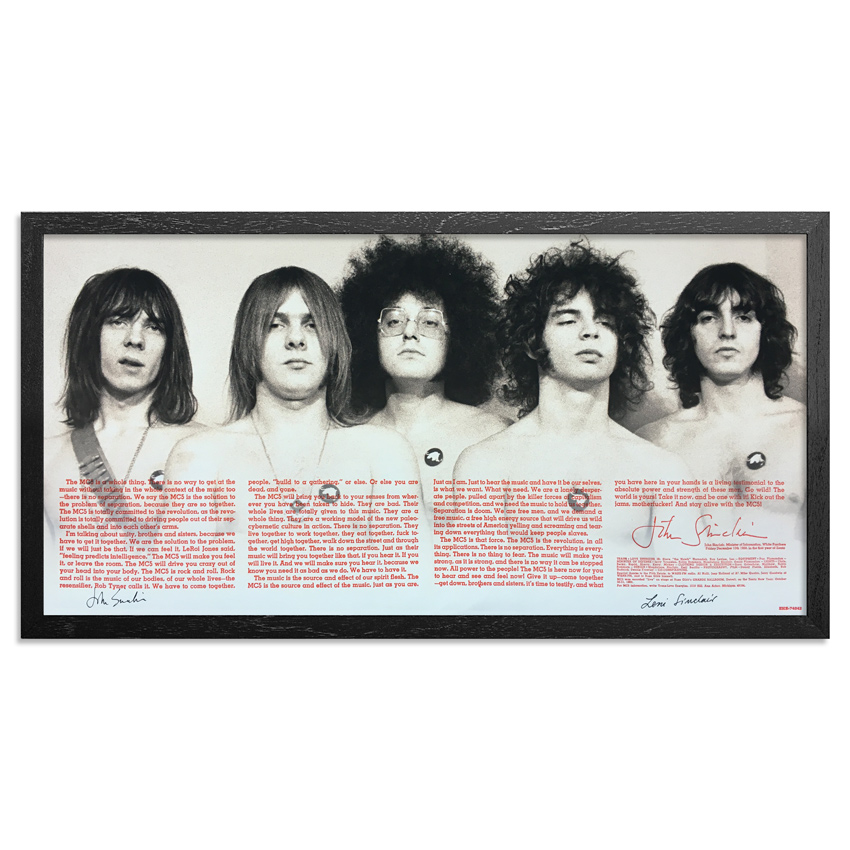 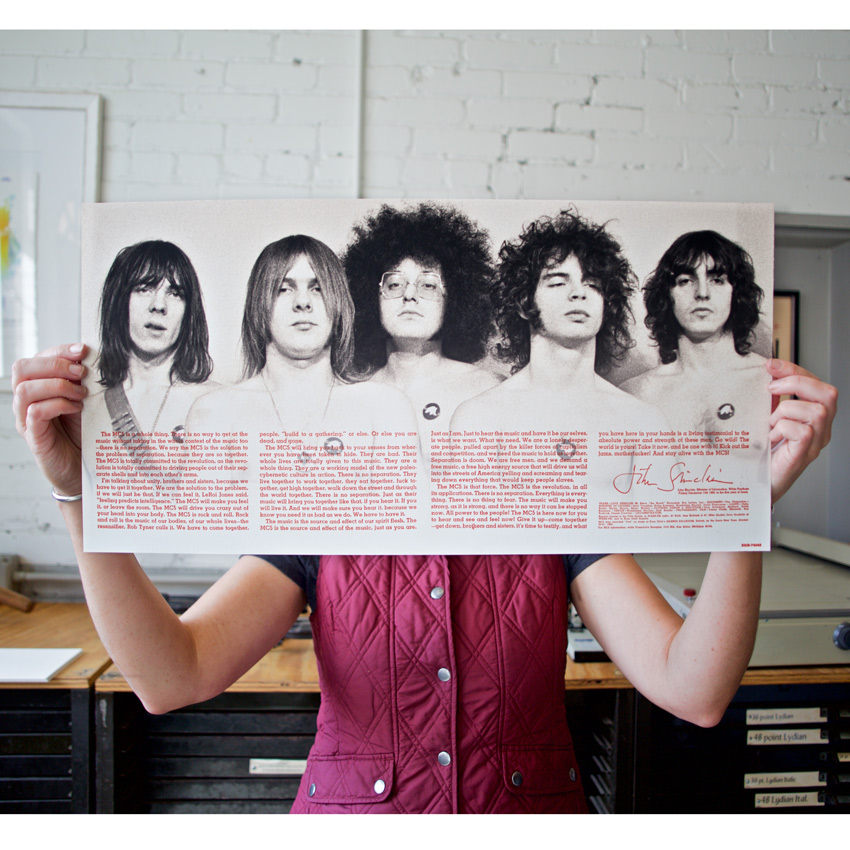 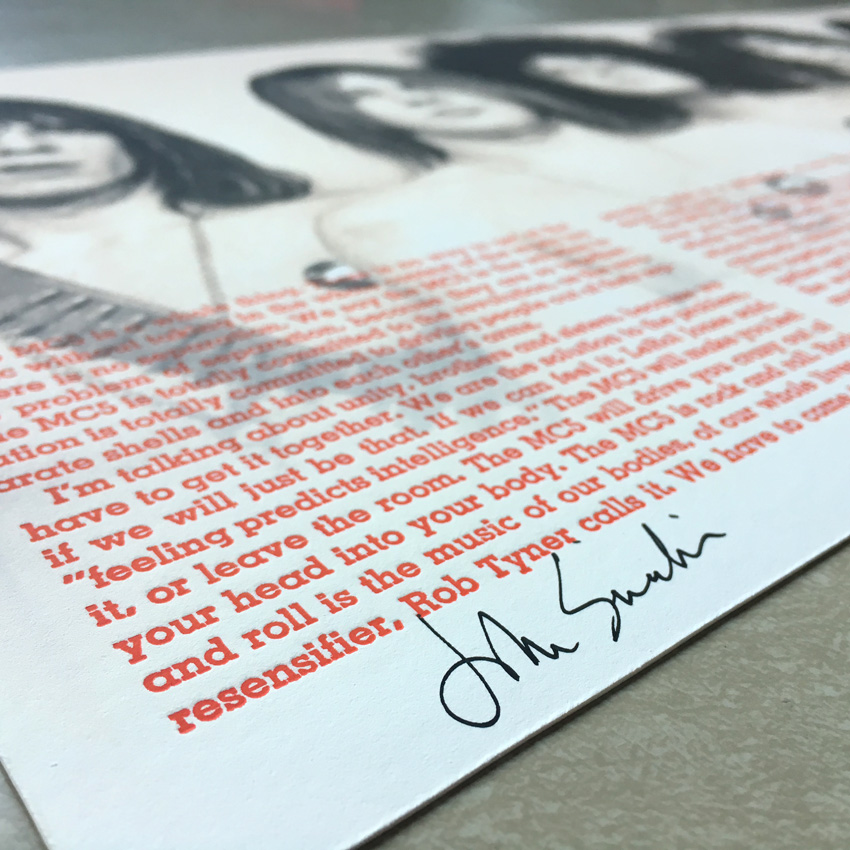 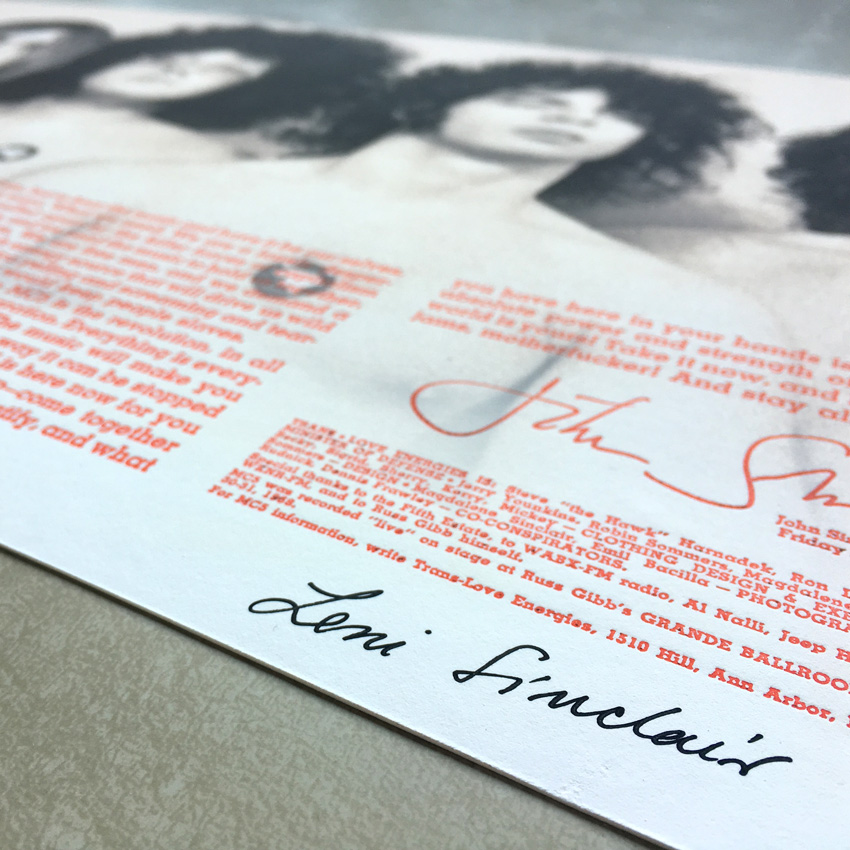 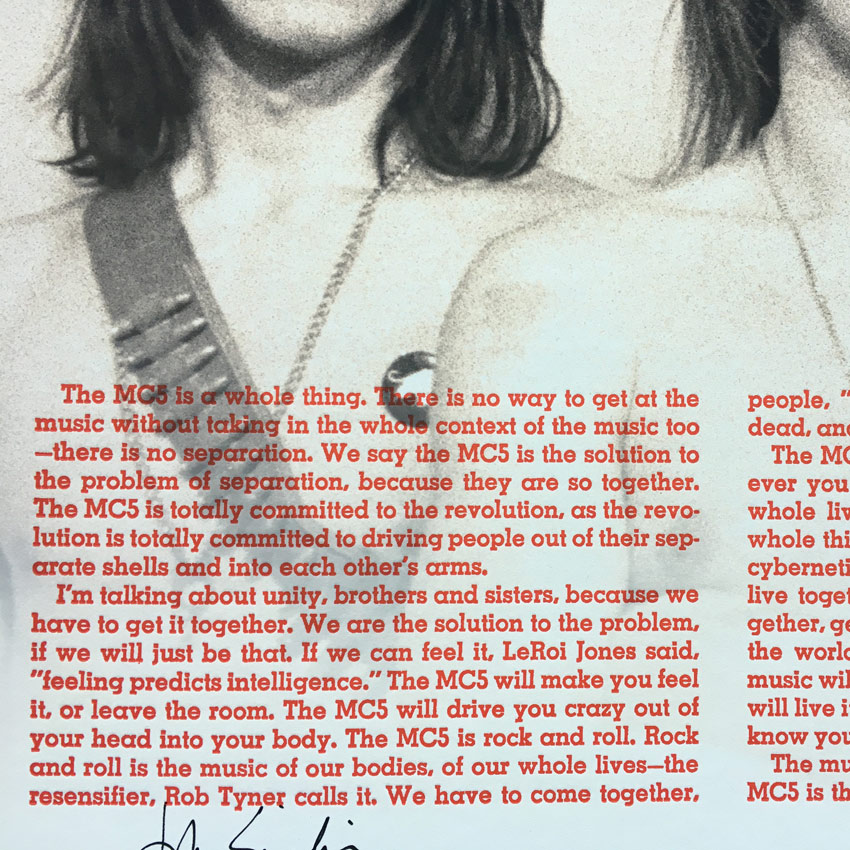 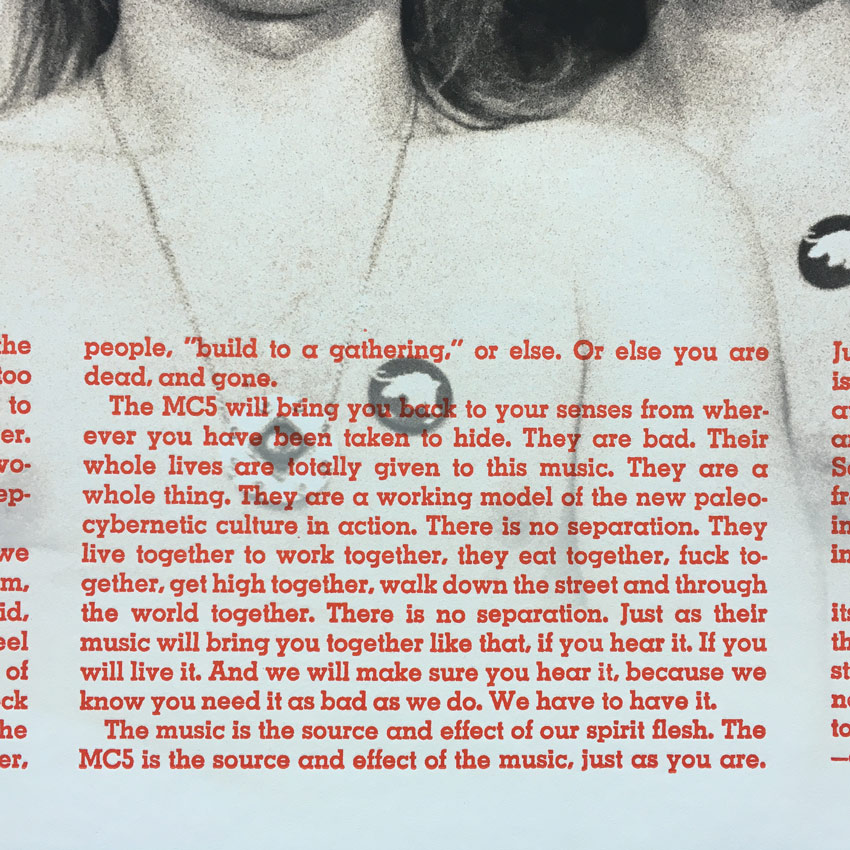 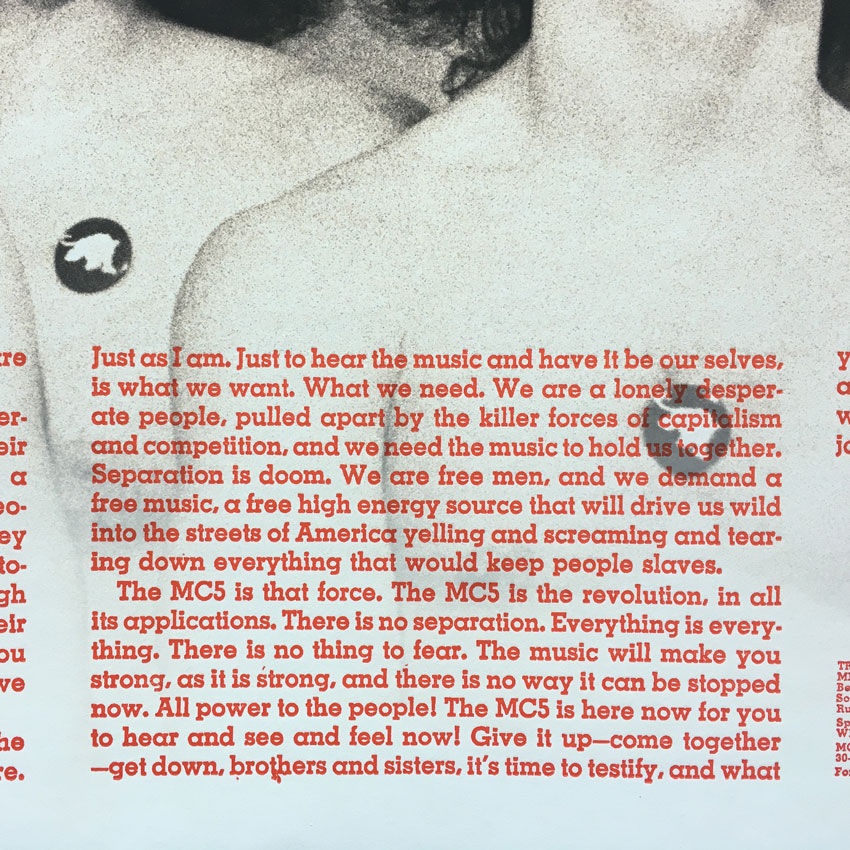 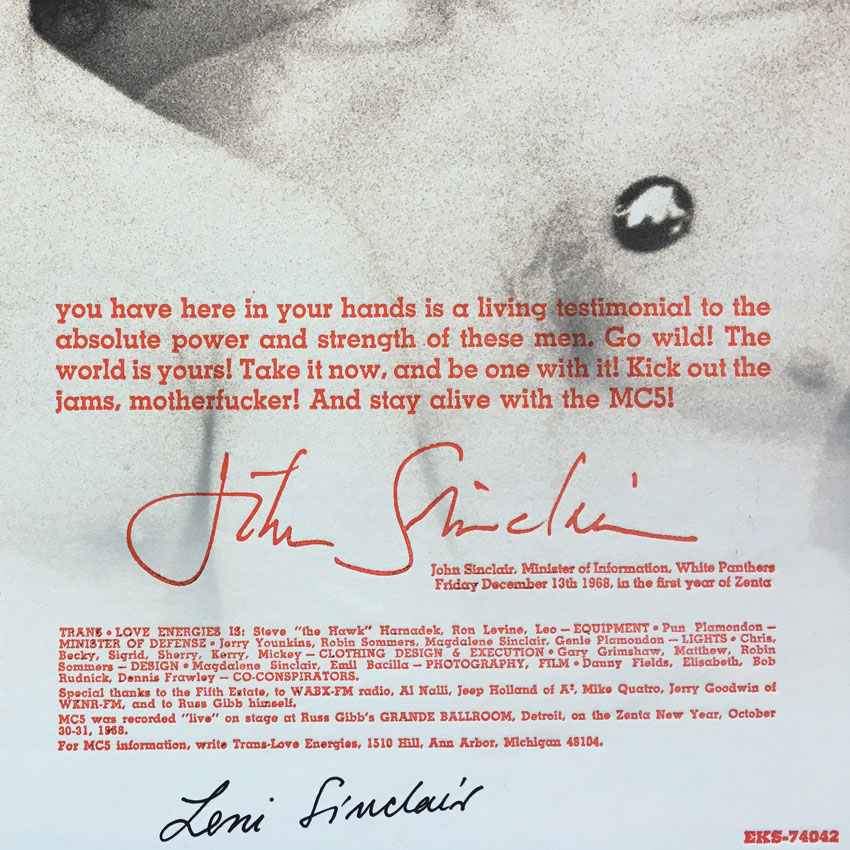 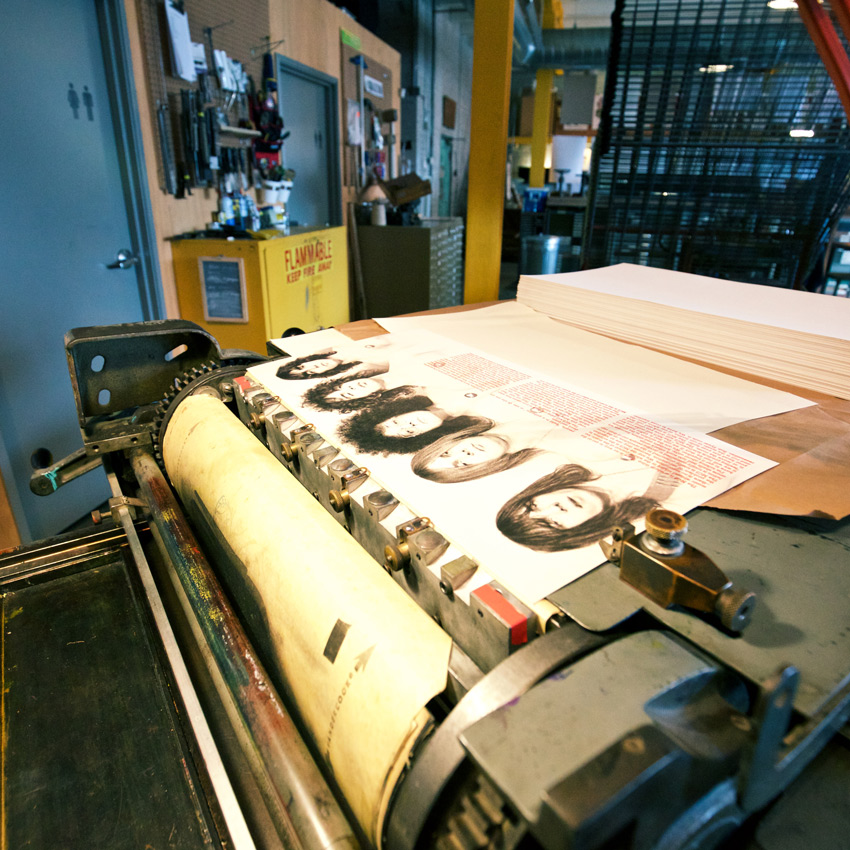 No Frame
1
+
1
ADD TO CART
ADD TO FAVORITES
To start your favorites list
you must be a member.
Already a member? Log In
SIGN UP
Edition Size: 100
This RUN comes signed and numbered with a Certificate of Authenticity from Leni Sinclair, John Sinclair and 1xRUN. 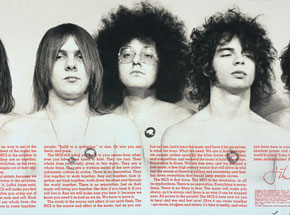 “The photo was taken at our house on Hill Street in Ann Arbor, and it was the MC5 and Trans-Love Commune. I don't know the exact day, but it was in 1968 when we were trying to get a good publicity picture for the MC5 to use to get more paying gigs and get them more known, more famous. They were very cooperative. They would do anything I asked them to do to take the picture. Including going nearly naked.

They knew it would blow up. They had that ambition. There was nothing stopping them. They were into whatever would help make the band more exciting. Especially the outfits. They kinda got the idea from watching people like James Brown. They knew they wanted the audience to feel excited and to come back, so they never wore the same things twice. We did a new light show every weekend. There was always something new to keep the fans coming back.” - Leni Sinclair 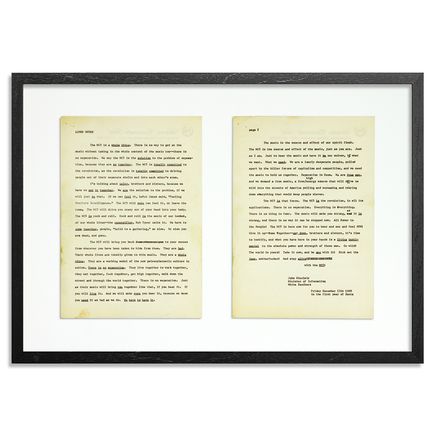