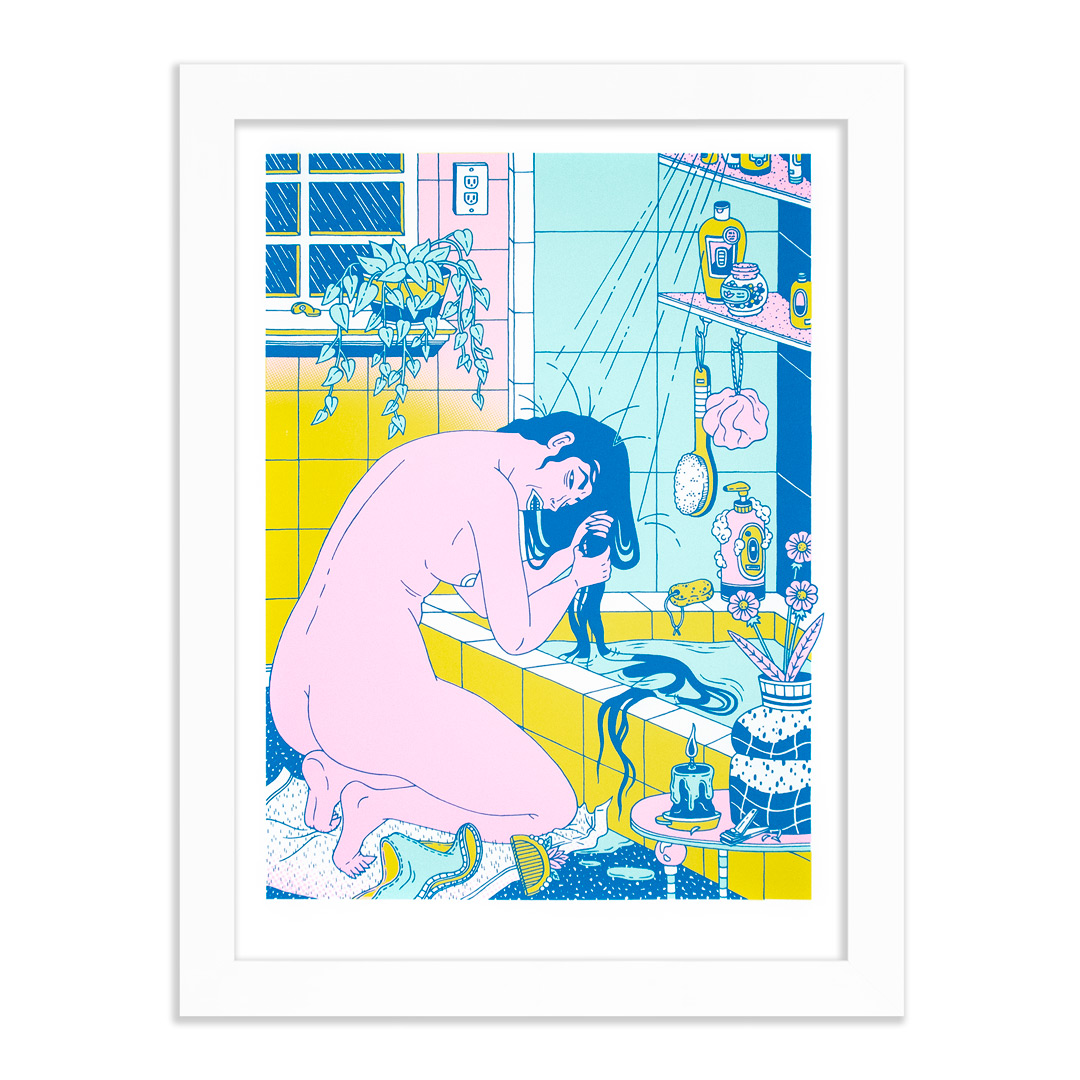 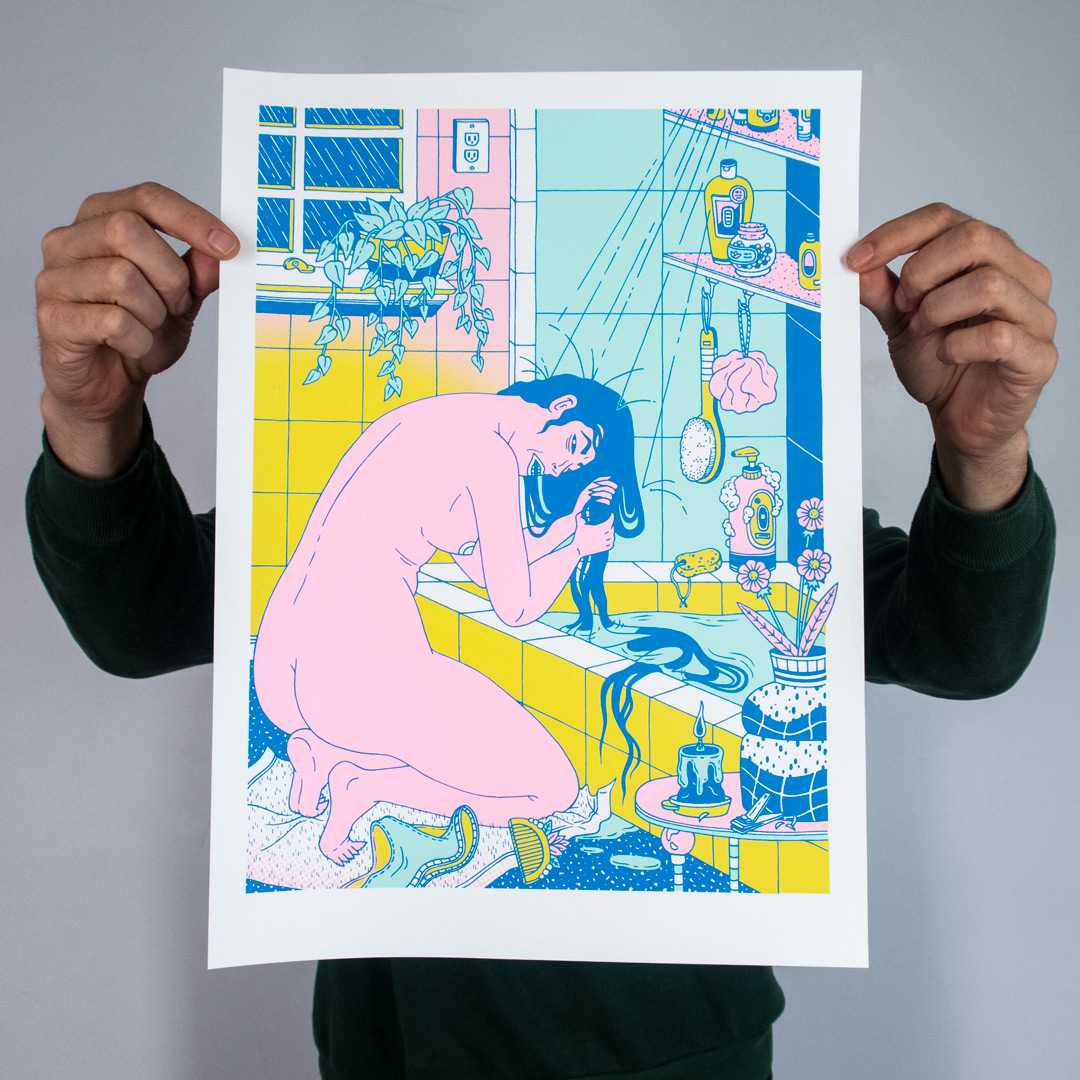 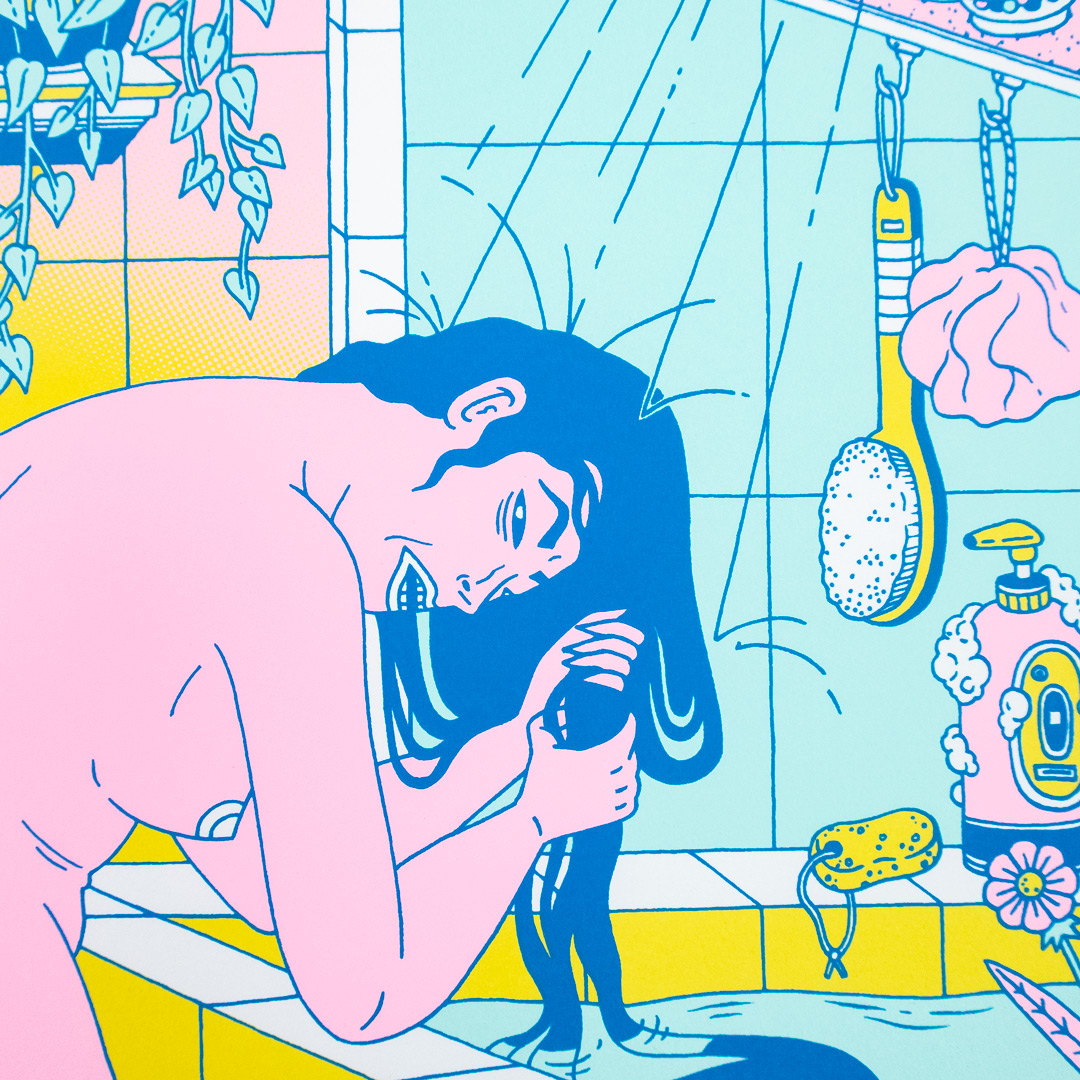 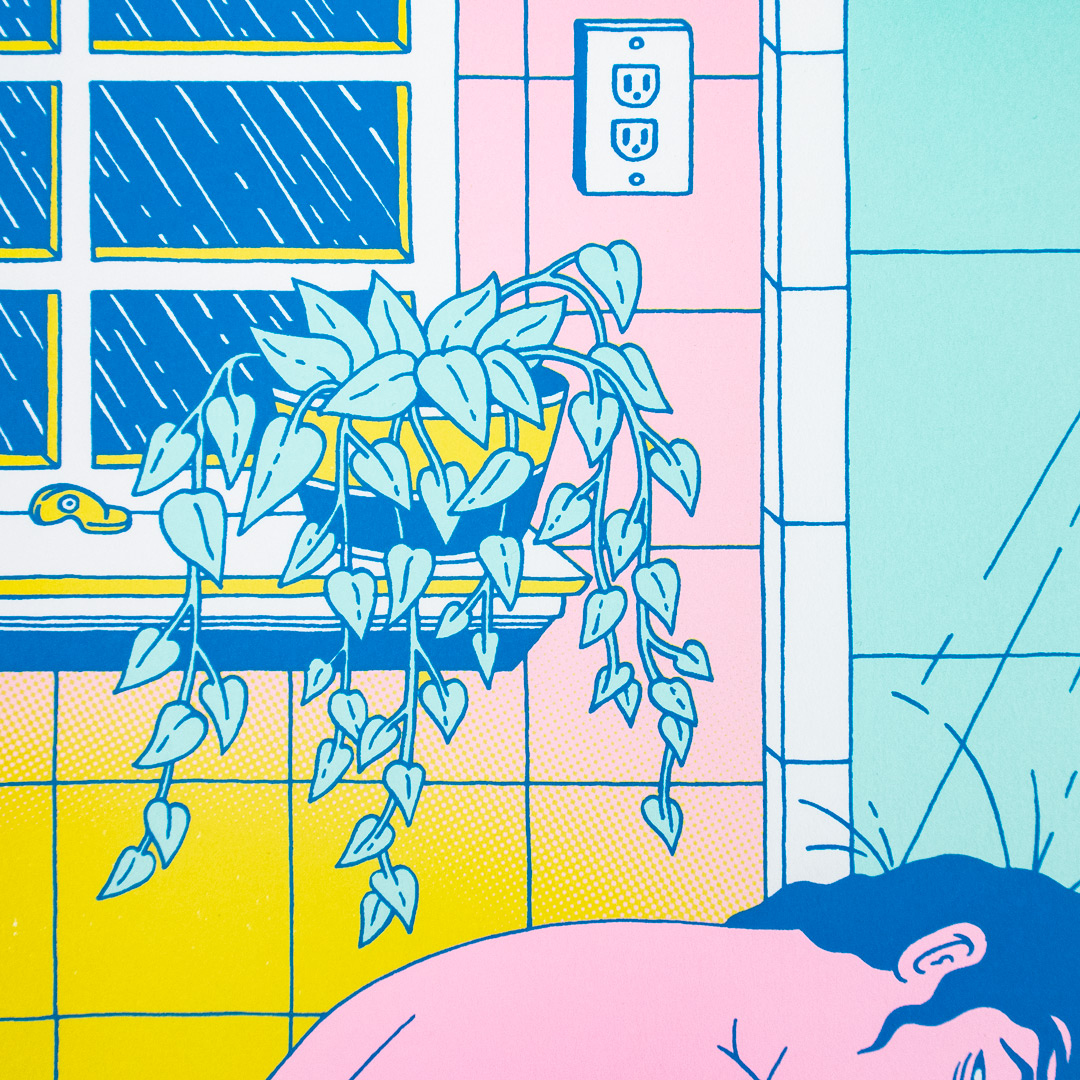 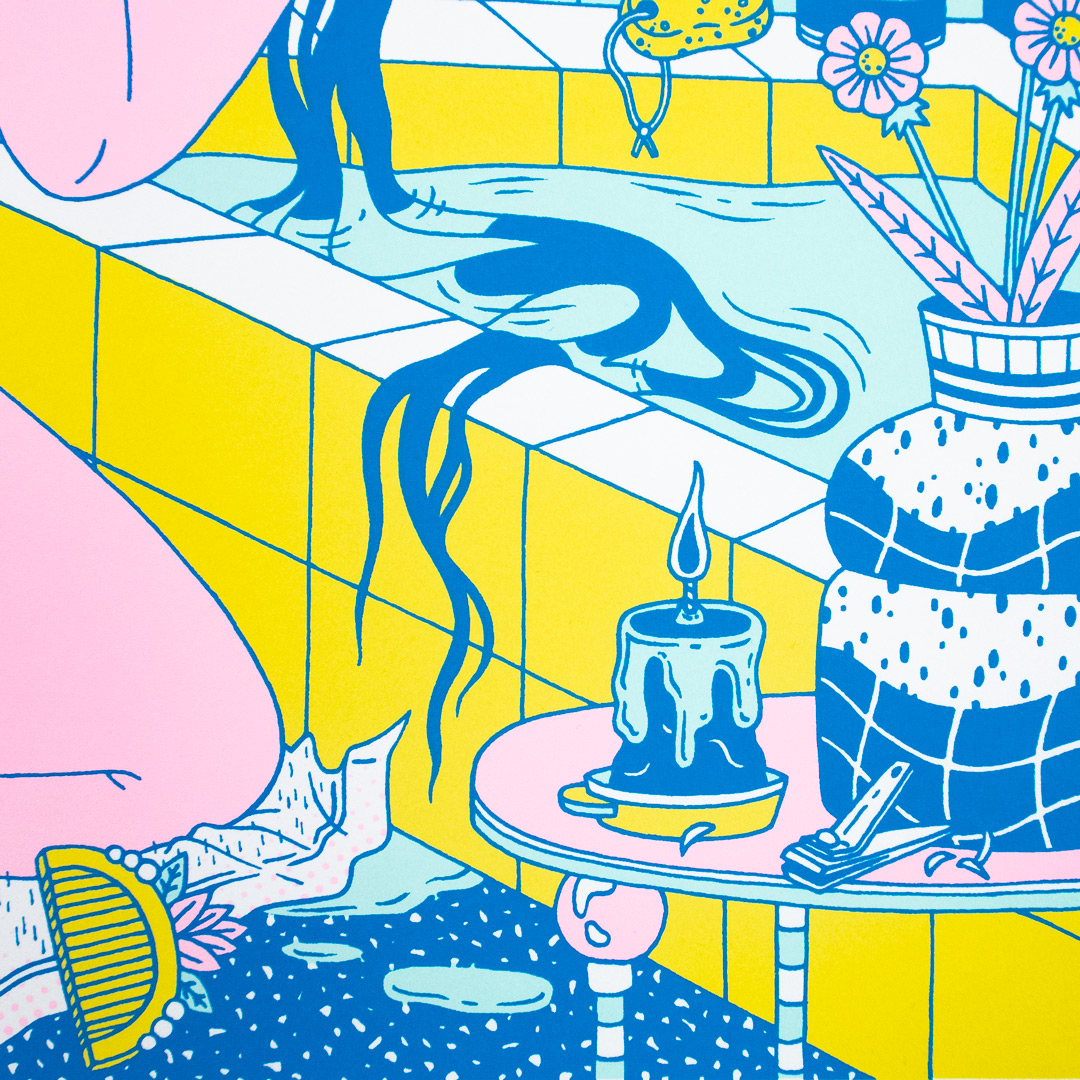 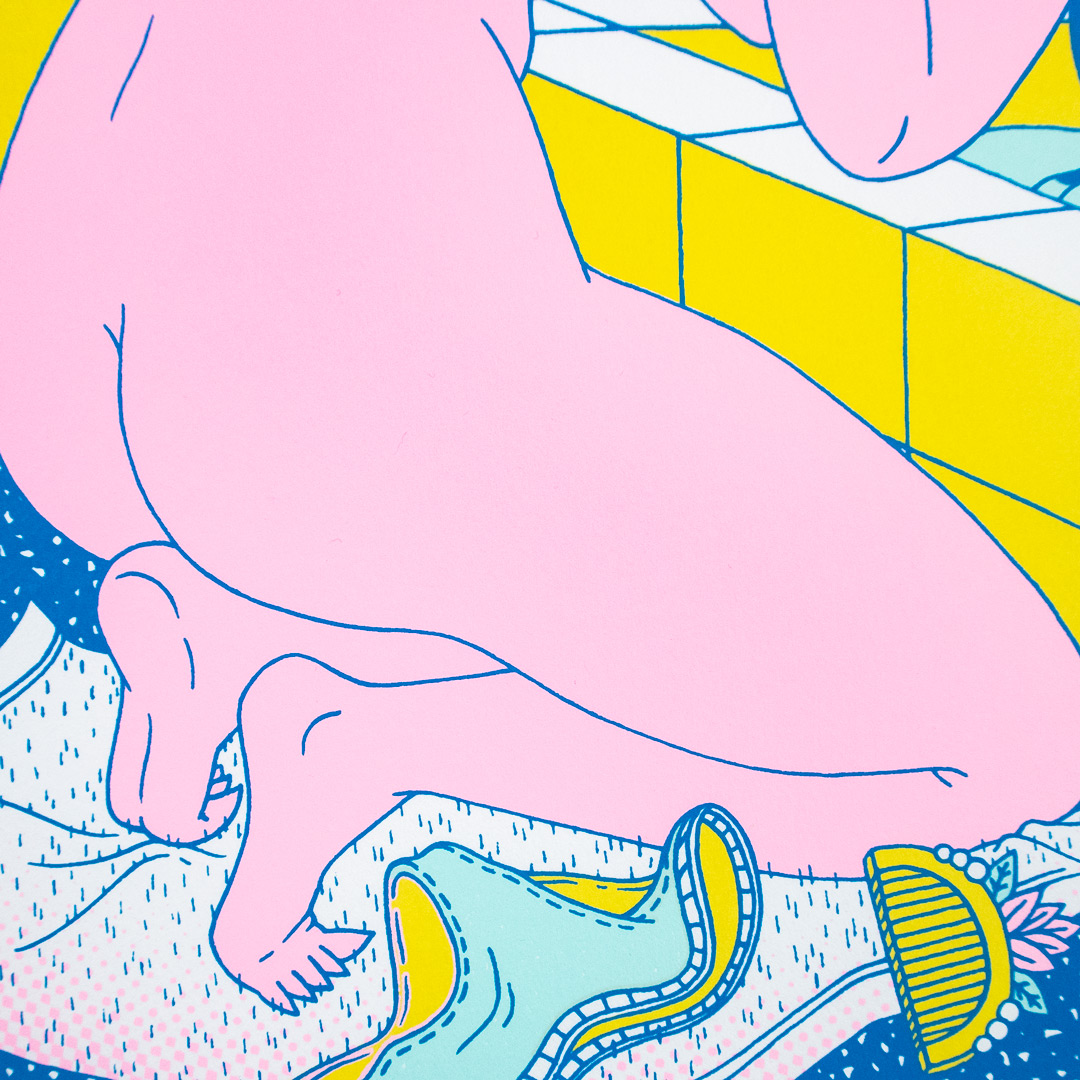 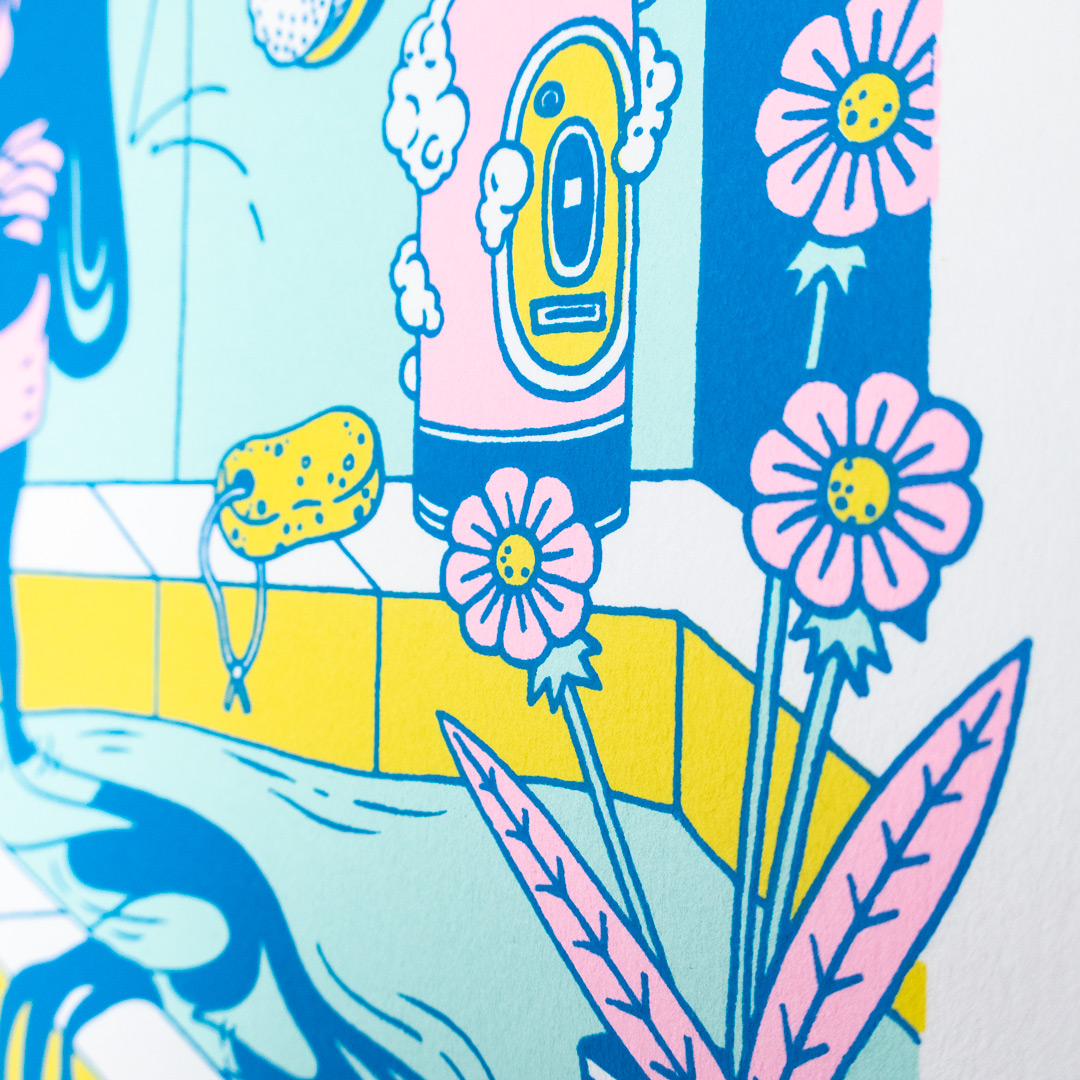 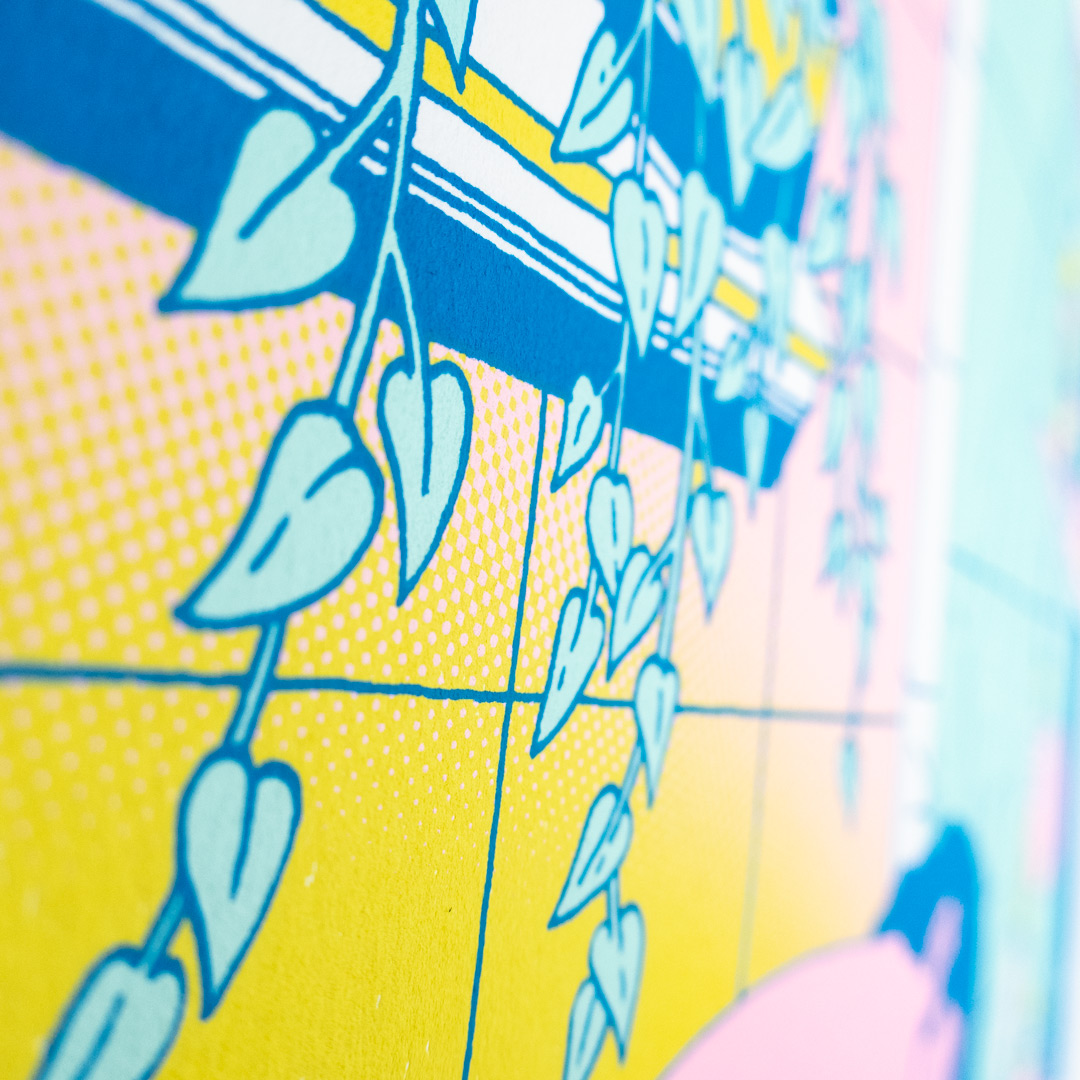 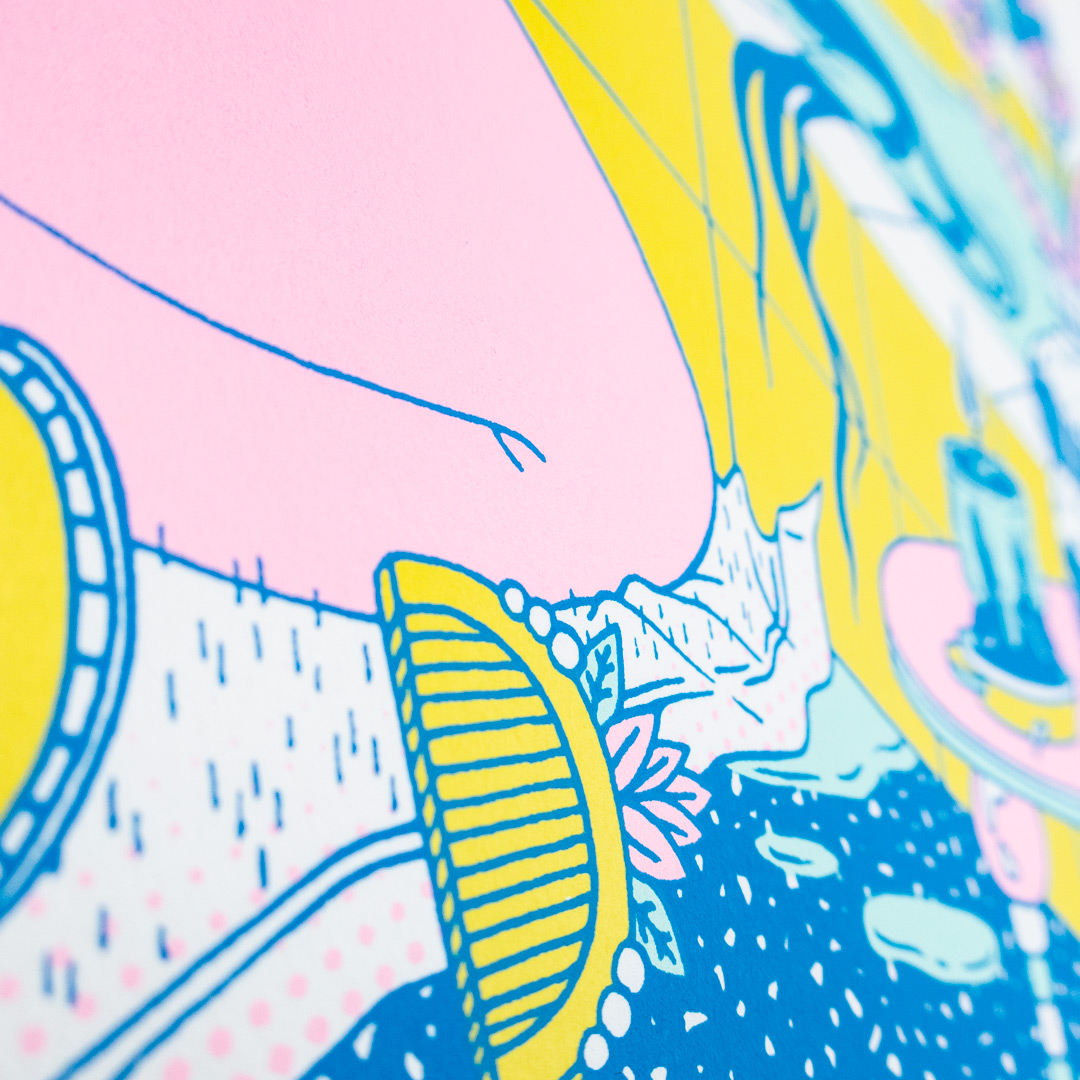 ABOUT THIS ART:
"I had just finished making all of the work for my most recent show and this was the first thing I started after all of that was over. I felt pretty exhausted, (mentally, physically and emotionally) and I wanted to capture an intimate moment that would reflect both my exhaustion while simultaneously serving as a symbol of rebirth and renewal- a tired woman, back bowed, washing her hair, finally at ease as the rain falls outside, gently echoing the water falling over her hair. I used Goyo Hashiguchi’s incredible piece “Woman Washing Her Hair” as inspiration for this image and I decided to expand the environment so that it would serve as a kind of intimate sanctuary away from the darkness outside."
–Kristen Liu-Wong
Read the full 1xRUN exclusive interview here!
MORE
ABOUT Kristen Liu-Wong:
Kristen Liu-Wong is a Los Angeles-based artist and illustrator. Originally from San Francisco, she went to Pratt Institute where she graduated with a BFA in Illustration.
MORE
MORE FROM Kristen Liu-Wong
Run of 250
ARCHIVED
This run is not on sale. Check the product page for more info.
Favorite 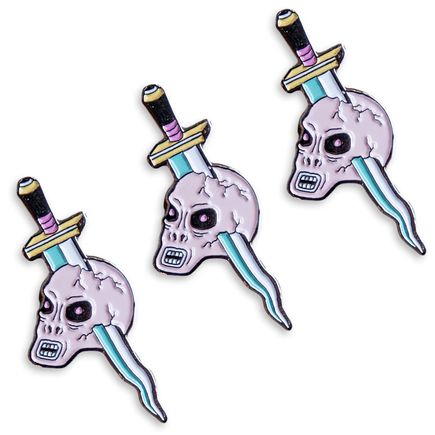 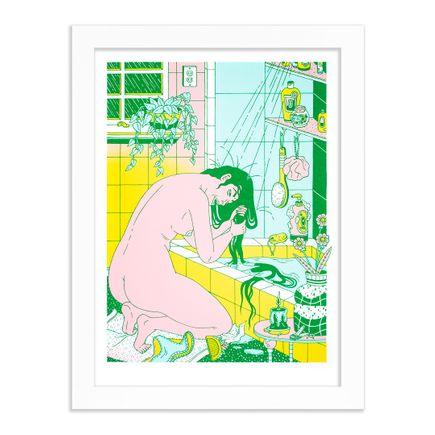 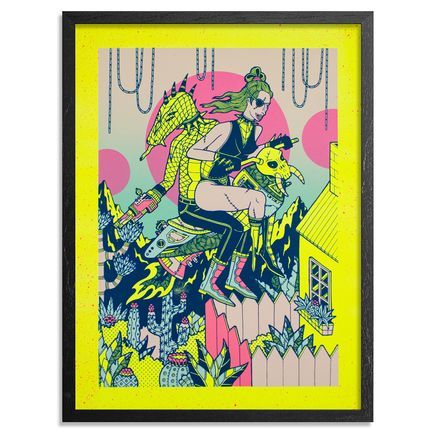