ARCHIVED
Favorite
Favorite this RUN to get notified early and never miss a future release again.
INQUIRE
IN THIS COLLECTION:
Modern Multiples Collection
112 Artworks0 Available
Inquire about this RUN
This art is not currently available - but if you would like to inquire further, contact us with this form or @ 313.744.6505
Sign Up for the 1XRUN Newsletter
SEND 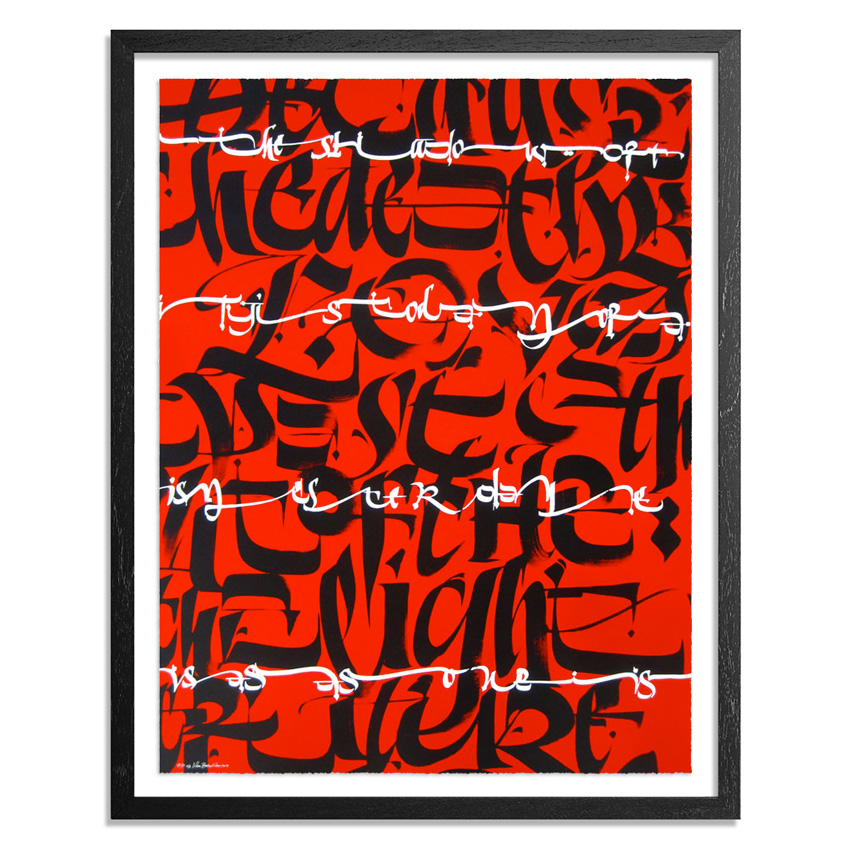 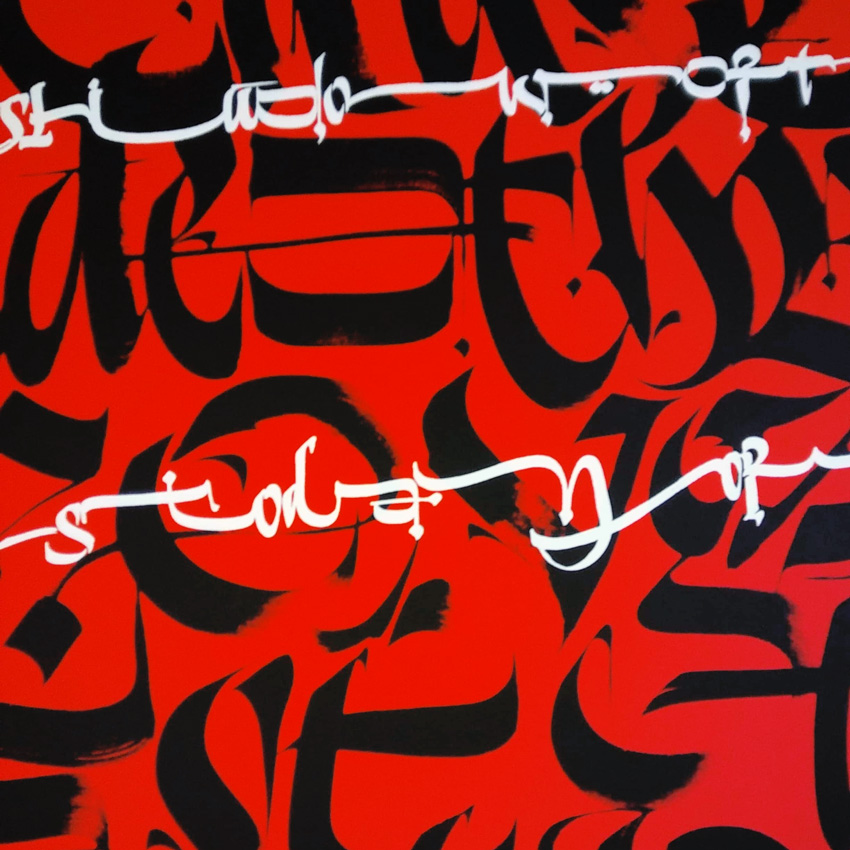 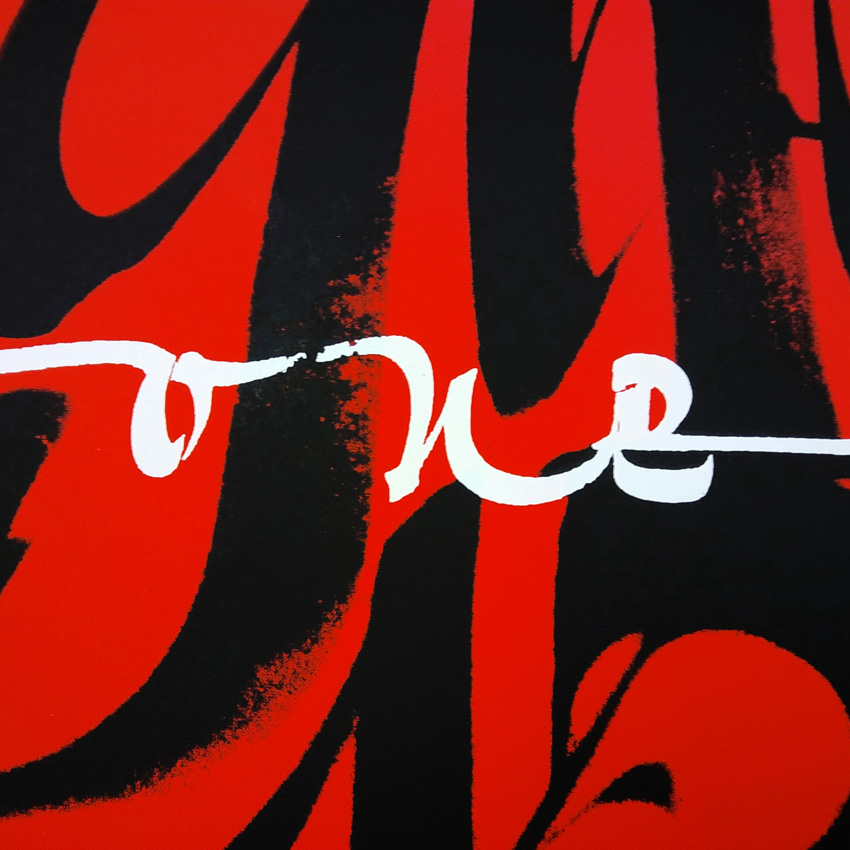 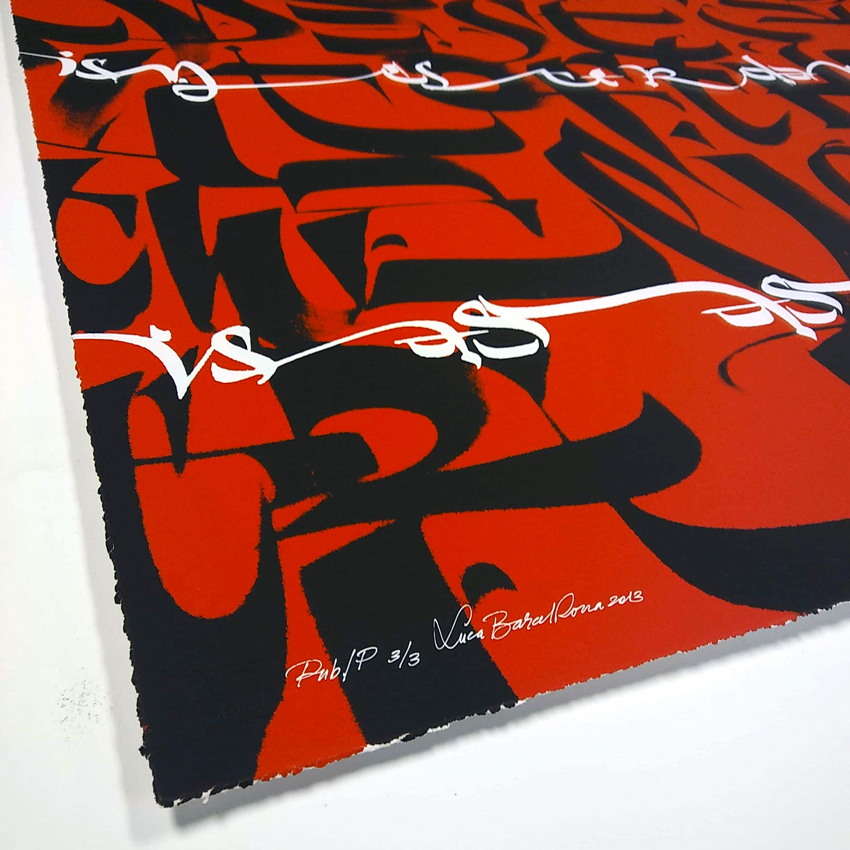 
ABOUT THE ARTIST:
Modern Multiples is a fine art printmaking studio specializing in serigraphs and digital giclees. We collaborate with a wide array of contemporary artists and designers to create unique and highly collectible works of art. Our master printers employ their highly skilled and technical knowledge towards educating and enabling artists to immerse themselves into the printmaking process. We offer artists an opportunity to work one-on-one with our master printers and digital experts to create unique, signed and numbered, archival, limited editions. At Modern Multiples, we are dedicated to the realization of the collective vision between the artist, publisher and printer. Each production is unique in its progression through the different levels of involvement and participation of the artist and publisher. We accommodate all levels of desired involvement by the artists – from color separations, stencil-making and color mixing to actual production and curation.

Follow Modern Multiples on Instagram @modernmultiples & Facebook.
MORE
ABOUT Luca Barcellona:
Luca Barcellona is born in 1978. He has his own studio in Milan, where he works as a freelance graphic designer and calligrapher. Letters are the main ingredient of his creations. He teaches calligraphy with the Associazione Calligrafica Italiana and holds workshops and lectures in several cities, as the last one in California and Australia. The means of his work is to make the manual skill of an ancient art as writing and the languages and instruments of the digital era coexist. In 2003 he founded with Rae Martini and Marco Klefisch the collective Rebel Ink, with which he gives life to a live exhibition of calligraphy, writing and illustration. In 2009 he has worked for the National Museum of Zurich, with calligraphist Klaus Peter Schaffel, to realize the faithful reproduction of a big globe dated back to the 1569, using calligraphy with original materials (quill and natural inks). Among the brands that requested his lettering we can number Carhartt, Nike, Mondadori, Zoo York, Dolce & Gabbana, Sony BMG, Seat, Volvo, Universal, Eni, Mont Blanc, Wall Street Institute. Among his latest collective exhibitions: "Stuck on City" in Prague, "Don't Forget to write" at Carhartt gallery (Germany). As well as taking part to several independent projects his works appeared in many publications. In 2010 he produced his own personal clothing brand "Luca Barcellona Gold Series". He recently published his first monographic book “Take Your Pleasure Seriously” by Lazy Dog press, the publishing house wich is a member himself. His study into lettering led him to experience from graffiti to classic calligraphy, up to big wallpainting, typography and letterpress printing.
MORE
MORE FROM Luca Barcellona
ARCHIVED
This run is not on sale. Check the product page for more info.
Favorite 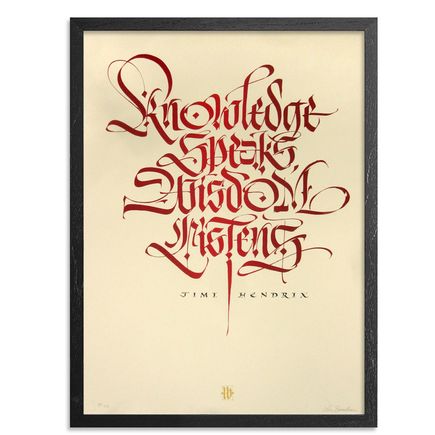 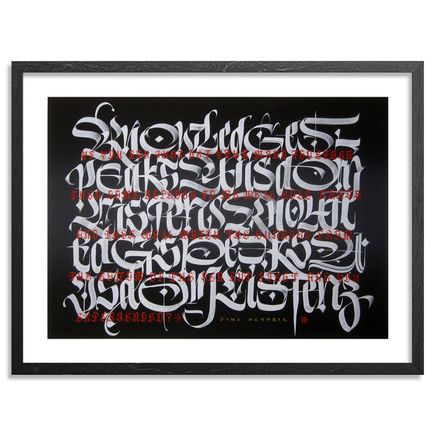