SOLD OUT
Favorite
IN THIS COLLECTION:
The World Next Door
32 Artworks1 Available 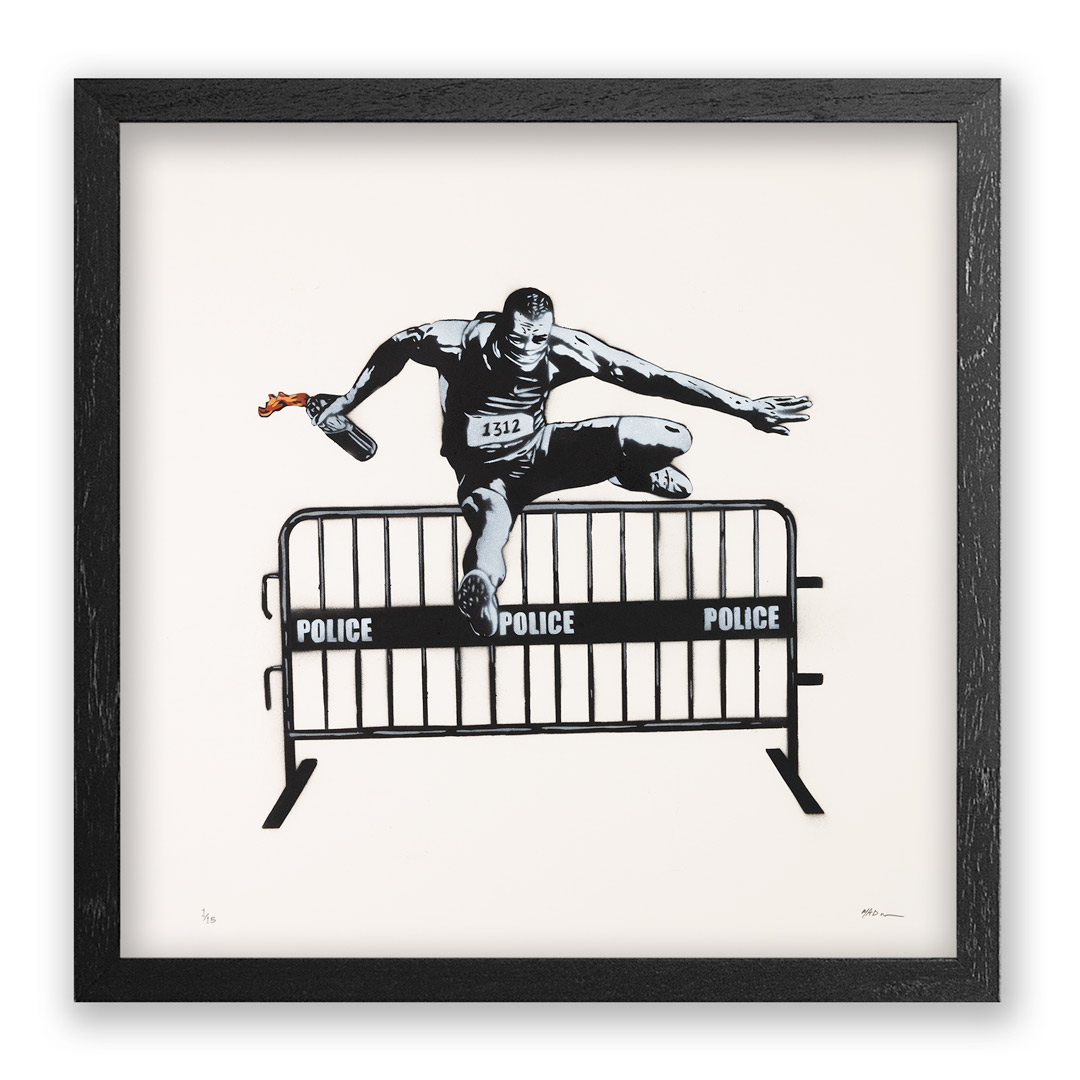 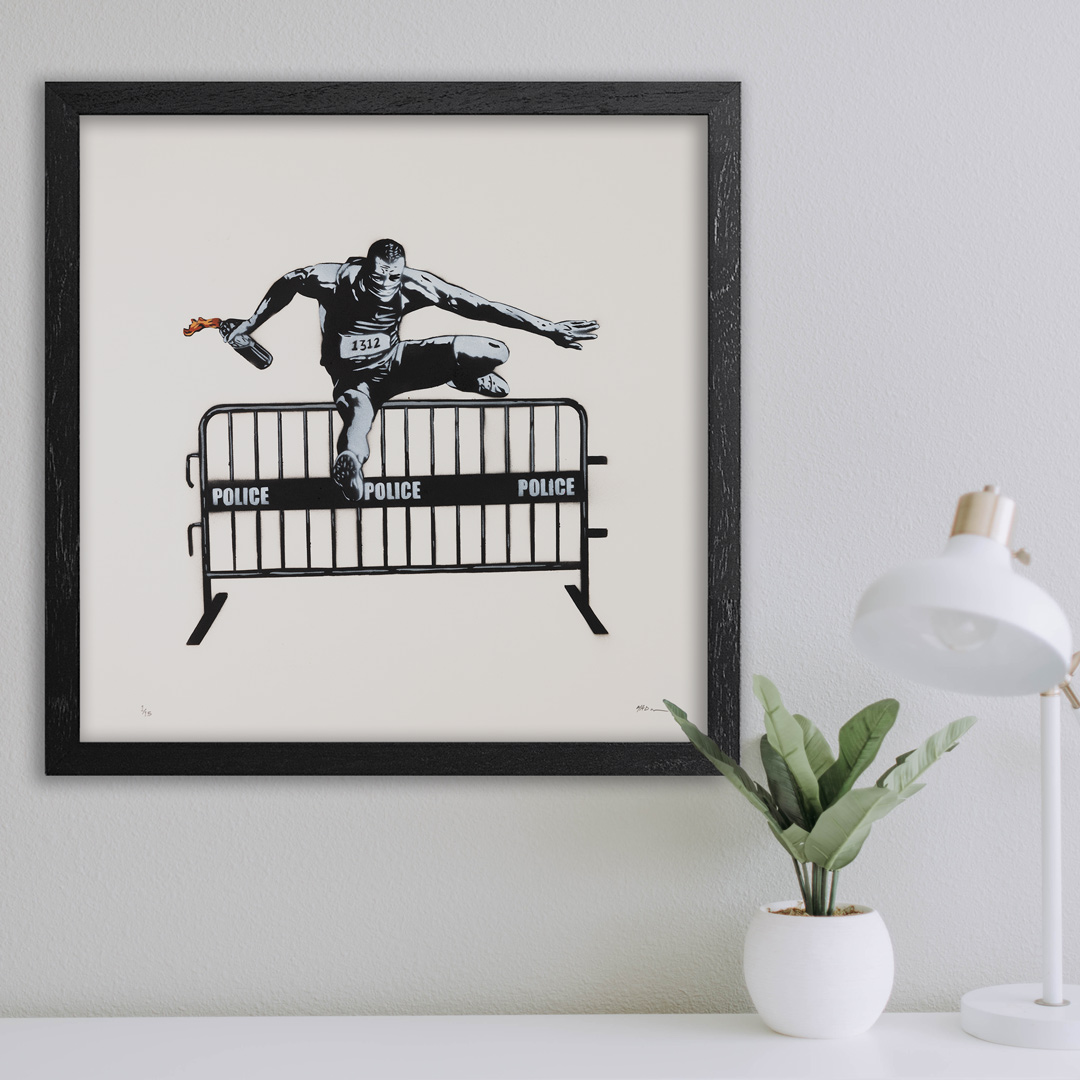 ABOUT THIS ART:
Each work is hand painted, and may vary slightly from the example shown.

"The work depicts a runner jumping over an obstacle. However, as often happens in Mad's works, the underlying meaning is to be found in the details hidden in the iconography: after a closer look at the work, in fact, you can see how, in reality, the barrier carries the voice POLICE repeated three times, thus identifying the obstacle with one of the typical barriers used by the police during the processions and the demonstration to prevent the passage of demonstrators. At the same time, focusing our gaze on the runner, we can see that what he is wielding in his right hand is not a typical relay witness but, in reality, a molotov, the rudimentary incendiary bomb that is used in firefights with the police to set fire to and damage whatever is hit by it. Finally, the man who runs intent on jumping the barrier / obstacle is covered in the face of a mask, in order not to leak his identity and not be recognized as the actor of the incendiary gesture. The work, therefore, carries a very precise message: barriers, whatever they may be, can (or must) be overcome by all those people who have the practical and ideological tools to add a goal. Just as a runner trains to be first in his obstacle course, so too a demonstrator trains his mind and body to break prohibitions considered wrong and useless, in order to pursue a goal of struggle and revenge, both personal and collective." Written by Clara Amodeo

MORE
ABOUT MAD:
MAD (born 1987) is a street artist from Tabriz, Iran since 2008. His major interests include combining critical social and cultural commentary with a dose of humor and metaphor, war, peace, freedom, humanity, etc. He has presented his unique works on walls and art galleries of numerous countries around the world including Iran, US, Netherlands, UK, Norway, and Turkey.
MORE
MORE FROM MAD
$65
Run of 35
19 Available
Favorite 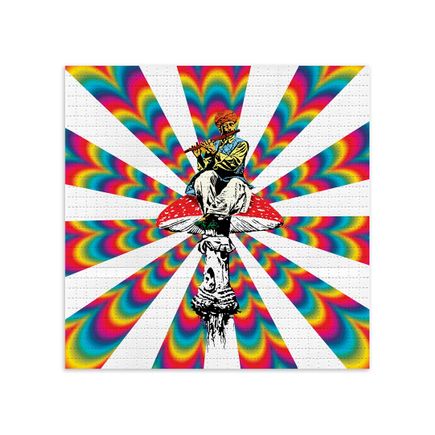 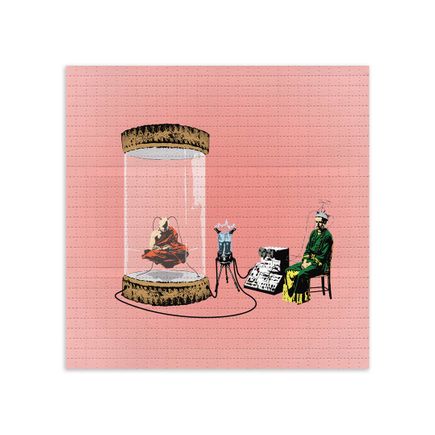