SOLD OUT
Favorite
IN THIS COLLECTION:
The World Next Door
32 Artworks0 Available 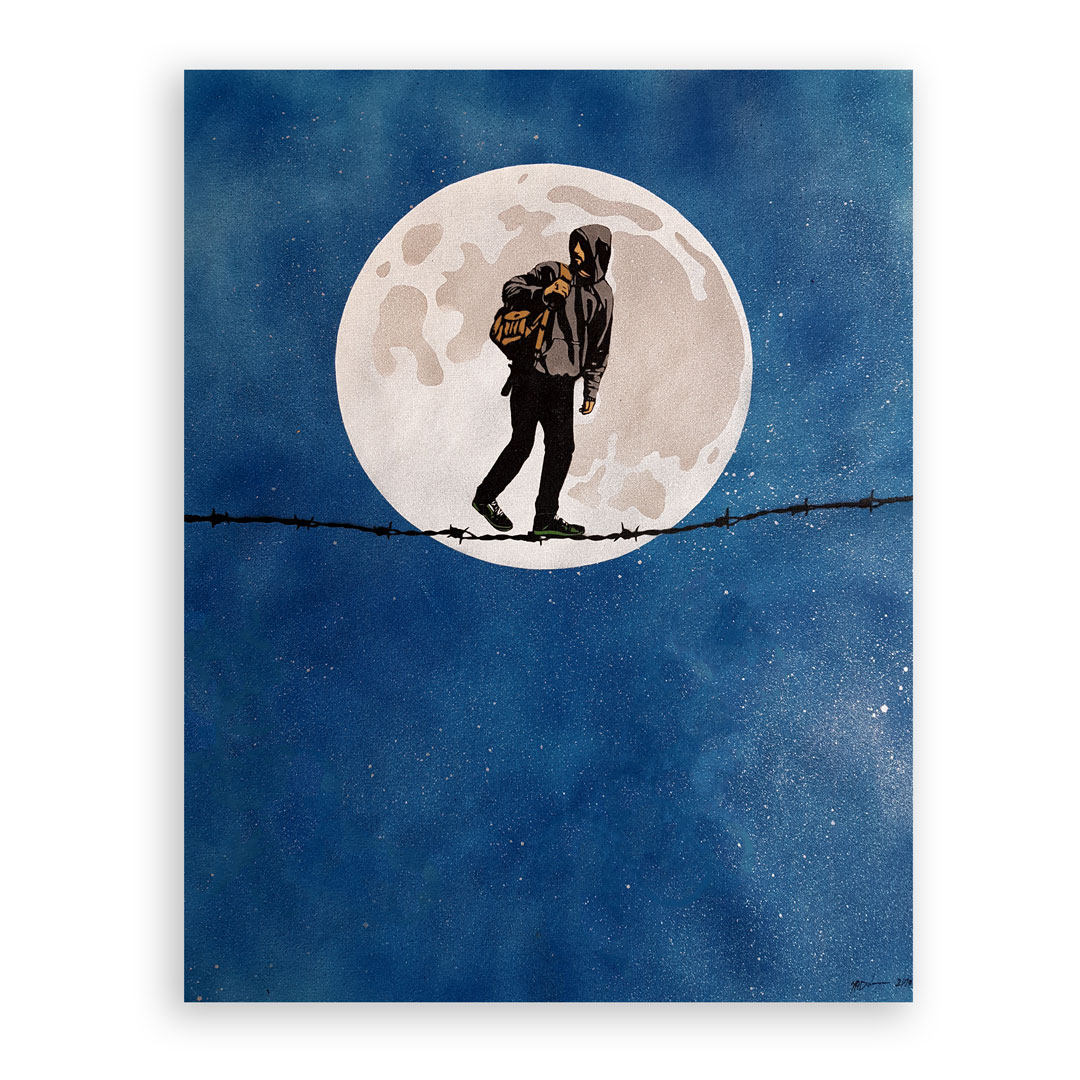 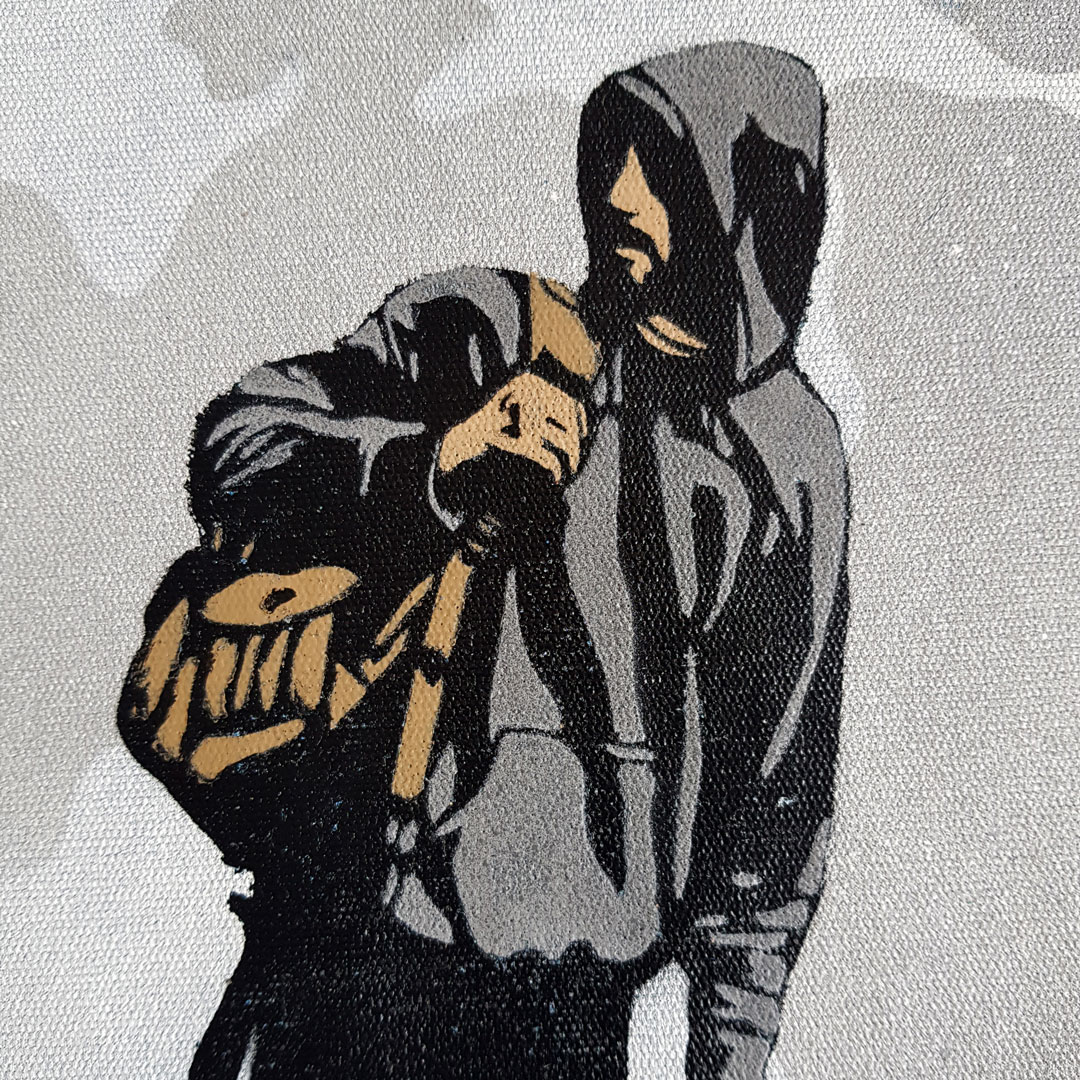 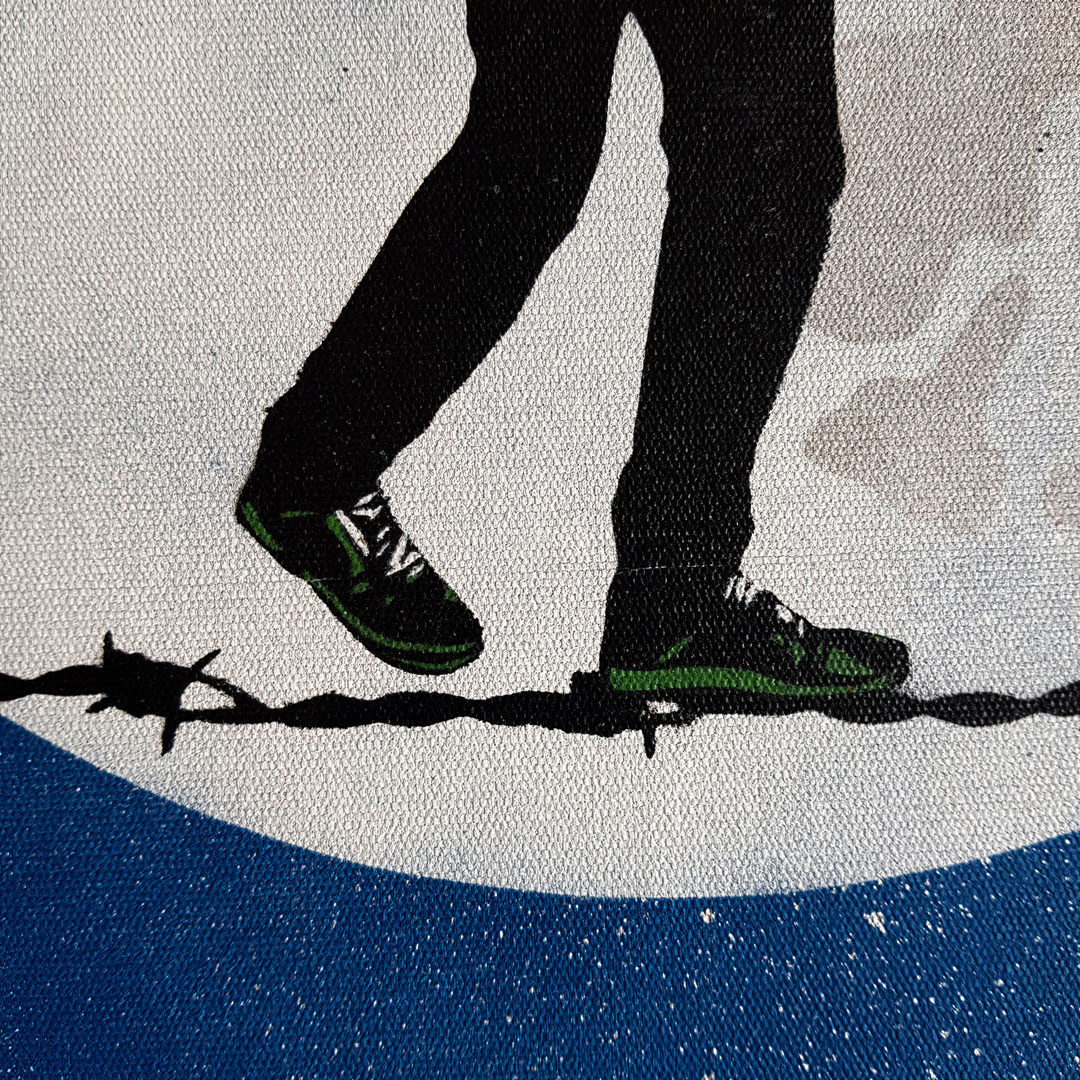 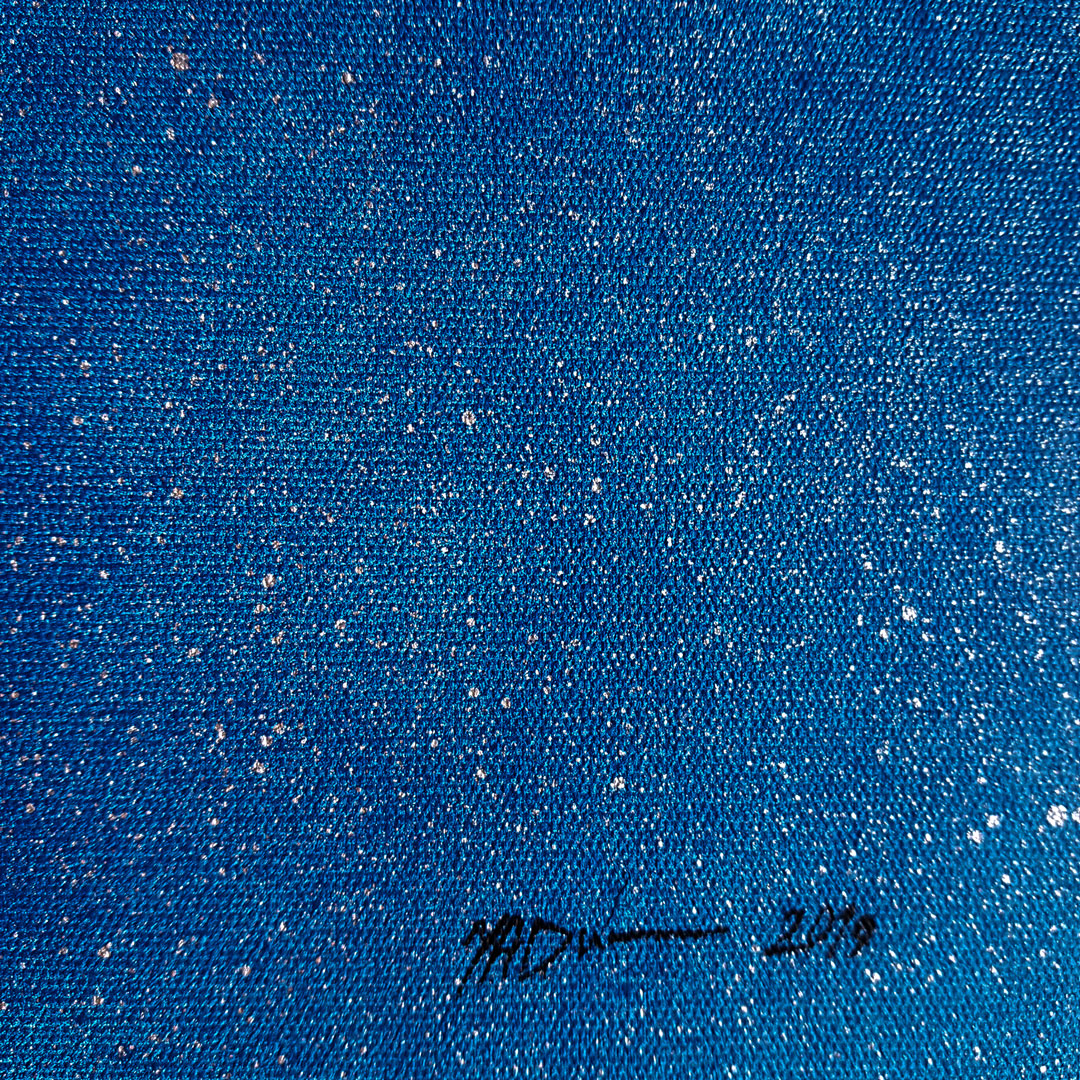 “The ability to walk on a wire while maintaining balance so as not to fall is not the prerogative of everyone, not even of the best trapeze artists who defy the force of gravity. Such a discourse is all the more valid if the thread on which to stand in the balance is a barbed wire, not only for the pain caused by the thorns but also for all the ideological and meaning that the barbed wire brings with it: war, division, tearing, death. And these are the feelings that the young man feels when he defies fate by walking on the barbed wire: covered by a hood to not be recognized, and in the middle of the night to be further covered by darkness, the young man looks back, in the hope that no one (guard, police) has noticed him and is following him. At the same time the young man holds on his shoulder a backpack, the same in which the young man has placed his hopes, his dreams, but also his most expensive objects that he is sure to want to take with him in the race to a better future.” Written by Clara Amodeo

MORE
ABOUT MAD:
MAD (b. 1987) is an Iranian muralist based in Istanbul. He has been painting on walls since 2008. His intricate use of unique stencils and spray paint has reached the walls and galleries in several countries, including Iran, United States, Netherlands, United Kingdom, Norway, Turkey, and Indonesia.

MAD is fascinated by the power of storytelling and mythology. His artwork blends mystery and ambiguity to create narratives that lead to different interpretations, and audiences to question their surroundings. 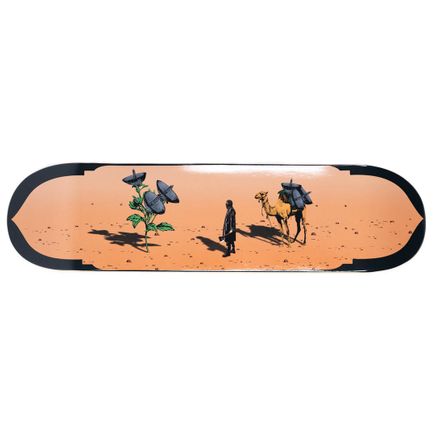 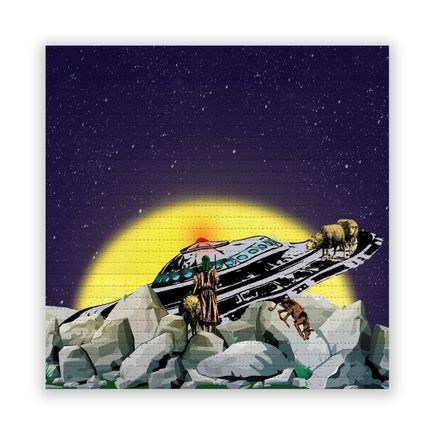 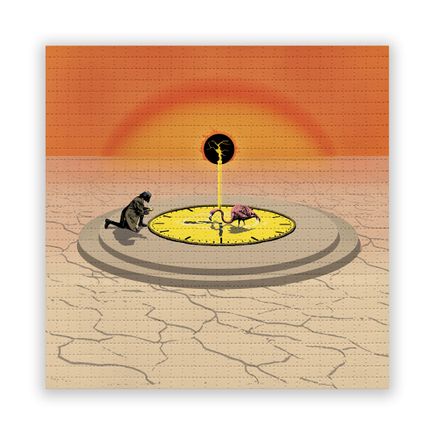 MAD
Hijacking Of The Holly Tree
$125
Run of 30
Favorite 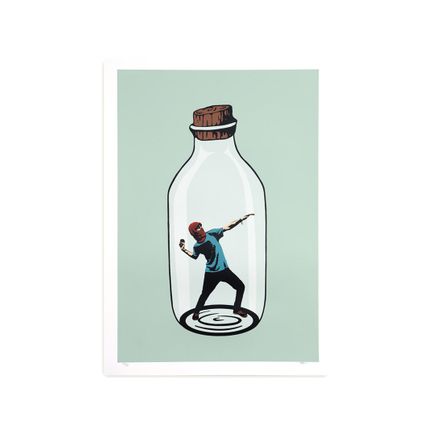